I never liked the first inFamous.

I can’t quite put my finger on what I disliked most — perhaps it was the droll art style, the cookie-cutter city sandbox, or the sentient wooden plank that Sucker Punch named “Cole Macgrath.” Thankfully, the New Orleans-like setting of the sequel spiced things up a bit, and the decision to go with an even sillier vampiric setup made Festival of Blood more enjoyable.

inFamous: Second Son takes everything that the series has done right, puts it in a blender, and delivers what is easily the strongest entry yet. 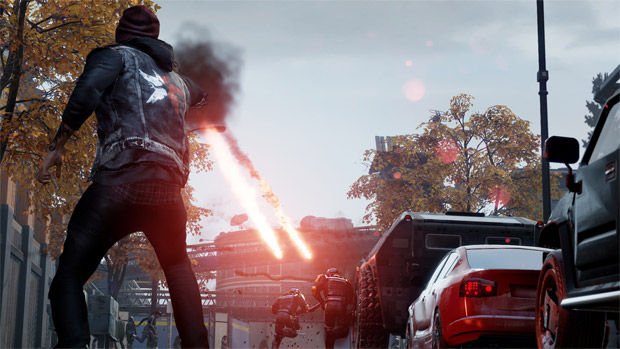 inFamous kicks off with a completely self-contained story involving a world full of Conduits — beings with super-powers dubbed “Bio-Terrorists” by the Department of Unified Protection, an agency that has the full legal authority to detain or destroy said beings. You don’t need to know anything about the prior entries in the series to enjoy Second Son, nor do you really have to reach far to grasp the initial concept of superheroes walking the Earth, which is easily a good thing.

The story this time around follows Delsin, a young and defiant individual who finds himself smack dab in the middle of an incident of super proportions, when a van carrying various Conduits crashes into his hometown. After coming in contact with a fire-based being, he inherits the power of “Smoke,” allowing him to teleport short distances, hover, and shoot fireballs from his hands.

The superhero origin story is a familiar one, but Delsin (and by proxy, his voice actor Troy Baker), brings a fresh perspective on the whole ordeal, as he’s wholly likable from the start of the game. Although he’s thrown into the thick of things almost immediately, it feels like we already know him, and with a familial connection to his tribe, it’s really easy to feel for him right off the bat.

Simply put, Delsin (a name which according to him, his Mom got from an old western) is much more interesting than the wooden Cole, and it’s easier to become invested in his story as a result. We see everything from Delsin’s enthusiastic perspective, which helps make things more interesting for us, the viewer, as a result. It helps that the power of the PS4 makes each character model look more convincing, and the voice acting and writing are easily the best Sucker Punch has ever produced.

But it’s not just Delsin’s story, as he shares the spotlight with his brother Reggie (a police officer that presents an interesting dichotomy of justice), a number of other interesting and equally gifted Conduits, and a villain fit to hate. I don’t want to spoil anything, but there are plenty of twists and turns throughout the narrative, and while they aren’t necessarily earth-shattering or mold-breaking, they work as intended and evoked an emotional reaction on more than one occasion. Everyone is perfectly casted, and gives it their all. If this is how Sucker Punch is going to create character-driven narratives from now on, I’m excited.

Second Son is also oozing with style beyond the interesting characters, as nearly every power or ability has some sort of elaborate on-screen effect when used. Every time Delsin levitates, flies through the air, or shoots a projectile, it looks just as cool as the impact, and it helps add to the allure of really playing as a superhero. He can also move through vents with the power of smoke, and eventually fly, which makes traversing the city more fun than ever before. 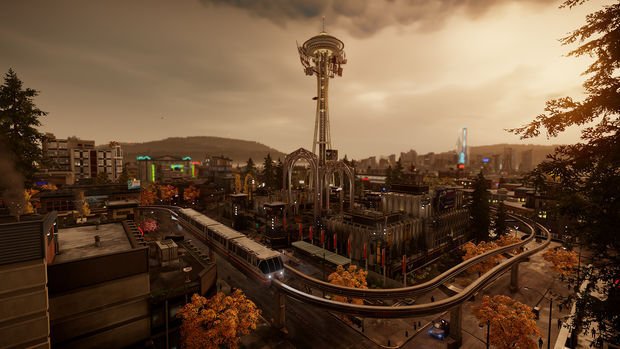 Combat is simplistic but it works like a charm, allowing Delsin to take command of both melee and ranged attacks, as well as modifications of both styles like stun grenades, rocket launcher-type ammo, super area-of-effect attacks, ground smashes, and more. His main weapon is a literally a chain caked in fire (haha, Kratos), which gets the job done. It helps that you get the majority of Delsin’s flame powers within the first hour of the game, which really ups the pacing considerably. You’ll eventually gain control of three distinct powers in all though, which can be switched at will by “sucking up” the appropriate source in the open world.

Delsin controls wonderfully for the most part, and Sucker Punch has even incorporated the Touch Pad on the DualShock 4 into some actions, including both regular old press motions and some swipes. Other than a set of jarring motion-controlled spray-can minigames (which are mostly optional), I have no real complaints with Second Son‘s near-flawless execution.

The “good or bad” karma system from past titles is still as shallow as ever, but it’s not as ham-fisted as it was in the past. In Second Son there’s less of an emphasis on moral choices outside of a few key moments (which actually impact the character’s relationships), and more of a focus on having fun with a second set of powers. And that’s what really matters to me — more emphasis has been put on enjoying yourself. 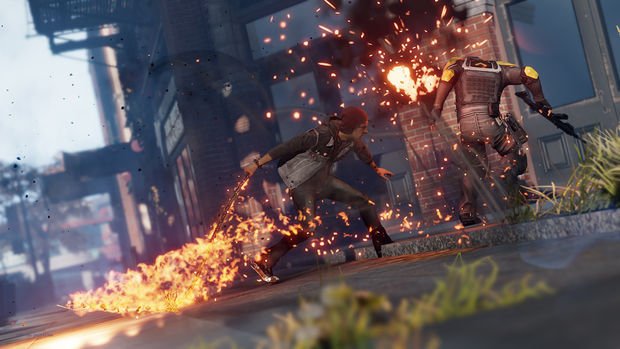 Once everything is said and done you can redo the story again on the other side of the morality coin, or explore everything — which will take quite some time beyond the roughly 10 to 15 hour story. Seattle is massive, and there are a ton of different “districts” to free from DUP jurisdiction, as well as new missions to find, enemies to fight, and blast shards to locate.

Said shards are actually a whole lot more fun to find now, as freeing up districts will help you locate them all on your map (thus serving a point to freeing everything), and the shards don’t all just sit there — you’ll have to hunt down flying drones to get them all. It helps that the map is a sight to behold, and climbing up to the top of the Space Needle is definitely a “wow” moment.

Other than going for a full completion run and checking out the opposing powers, there are a few extras on the way in the form of a story called “Cole’s Legacy” and the “Paper Trail” DLC series — the latter of which will follow an online and in-game story arc. These don’t factor into the review, but they are something to be aware of, and expect coverage on Paper Trail in the future. 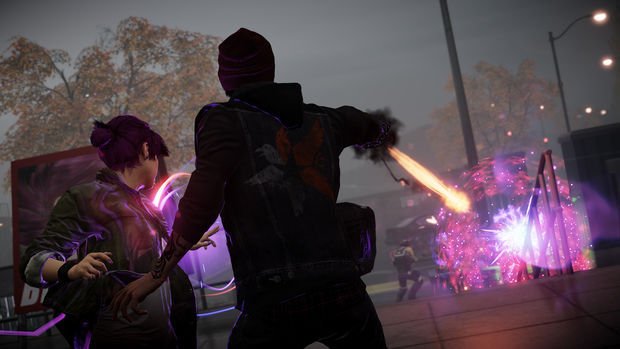 Second Son is by far the best inFamous yet. If you’re a fan of the series, then checking this one out is a no-brainer, and if you’re not, consider jumping in with Delsin. You don’t need any prior knowledge of the franchise to do so, and if you have any appreciation of open-world superhero games, you’ll enjoy it.