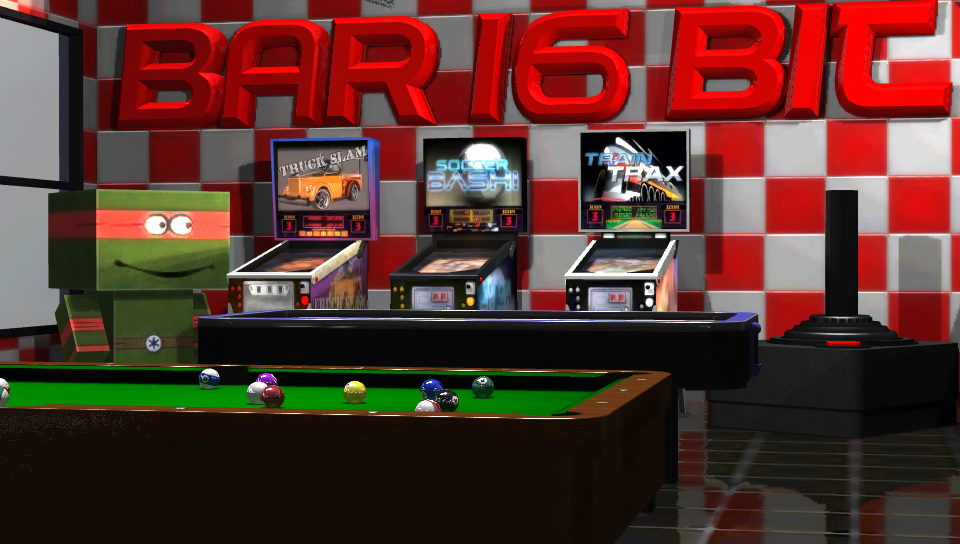 Bar games (or pub games) can be a fun diversion when you’re out and about: hanging with friends, drinking, and generally making a fool of yourselves when at a bar. The bar atmosphere and playing with friends is what makes games like billiards, snooker, air hockey, and darts fun.

So naturally, a portable title featuring unpopulated venues and minimal online support is a perfect way to play them. Or rather, it isn’t. 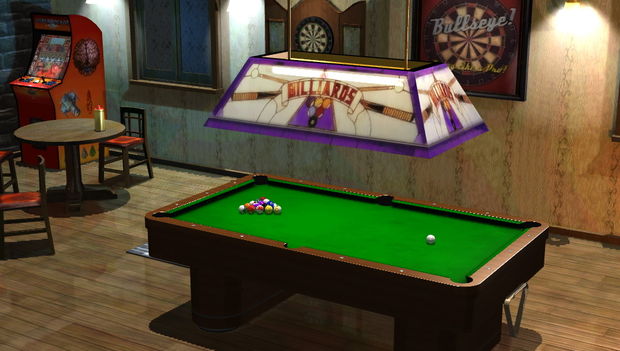 Indoor Sports World is a slightly misleading title, as these sports don’t require much strenuous athletic ability to perform, whether in a videogame or not. Still, I suppose technically they are sports, and thus qualify.

The game offers several modes with which to tackle these bar-room favorites: Arcade allows players to travel about town to different locales (aka, other bars) against the cream of the pub crop, while Season mode has you participating in tournaments and championships as you move up ladders and engage in league play.

Exhibition mode offers the most freedom, allowing you to select whatever parameters you want; game type, single match or tourney, what type of rules — for example, US 8 ball pool or standard 9 ball — for each game type, match length, and even skill level of your AI opponent. 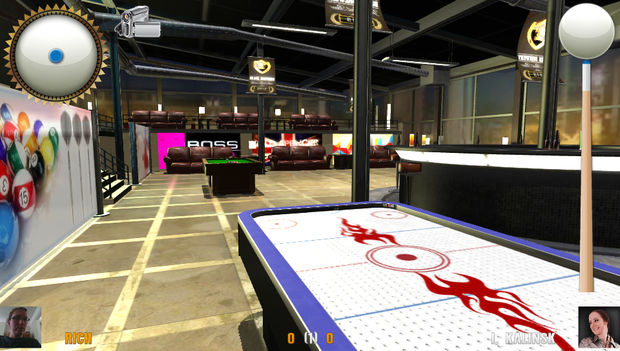 Progressing in Arcade and Season mode is a bit off-balance, as initial matches will have you winning with ease, while the match immediately following will have a skilled AI played soundly trouncing you at all turns. The learning curve is also steep. None of the games tell you how to play them: there is no tutorial mode, so figuring out how to line up your shot (in any of the games) is a bit of trial and error with the exception of air hockey, which was pretty straightforward.

All of the games utilize touch-screen controls, and some better than others. Like I said, air hockey is the easiest to figure out, and probably the most fun to play because of it. You just slide your finger along the table controlling your paddle. Both pool and snooker have you aiming the shot by dragging your finger across the ball to line it up as best you can, then dragging down the pool cue on the right side of the screen and releasing to make your shot. There’s some d-pad finessing available, but there is not nearly the precision found in other billiards titles for the system, like Hustle Kings. 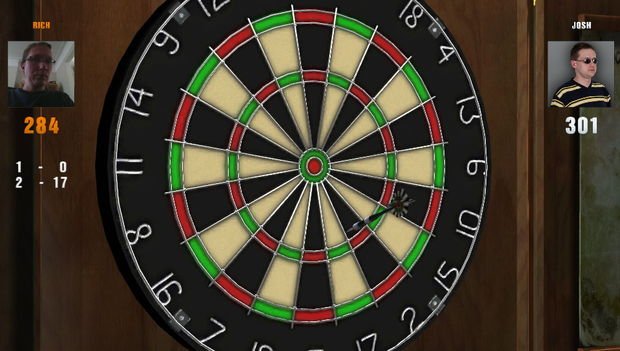 Darts was the strangest of all to figure out. It has you line up your shot by placing your dart where you’d like it to go, then swiping up on the right side of the screen to throw it and hopefully land it where you aimed. However, the game doesn’t tell you to swipe there, nor is there any indicator that’s what you need to do. I ended up accidentally throwing darts — and not even lining them up properly until I figured out how things were supposed to play out — until I finally stumbled upon how I was flinging the damn things.

All the bars and arenas you play in look nice enough, but the fact that each one is completely deserted is a bit unnerving. There is no one around, and you can’t even see your opponent, save for their photo icon next to their name. What makes it worse is the overall shiny-ness of the billiards balls, so you can just see exactly how alone in the room you are while lining up a shot. It also doesn’t help (the gameplay nor the solitude) that the camera is so darn close to the shots you can’t see down the table in some instances. 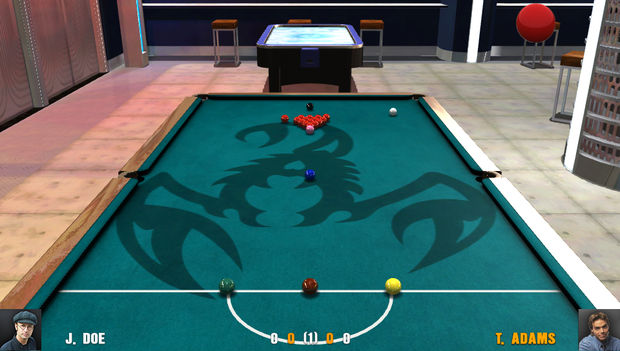 Are therein lies the biggest problem with the game. Between the imprecise touch controls and the wonky camera, it just isn’t any fun.

The pub appeal of playing these games is the interaction with friends or folk watching the games. Sure, there’s multiplayer, but they don’t add crowds or the chance to spill beer on the table, and you sure wouldn’t want to spill it on the Vita anyway. There are slight upgrades you can earn through season mode, like different-colored hockey paddles or your own set of darts, but they don’t add anything of substance to the gameplay. You can also plunk down real-world money for these but…yeah, just don’t do that.

What little is here is done better elsewhere, and while the game isn’t going to break your wallet, it isn’t going to capture your attention for very long either. I had to force myself to even play it for long enough to get anywhere in each mode, as I just found myself bored with everything mid-match. It’s desolate, it’s twitchy, and it’s not really any fun. But at least it’s better looking than most bars I’ve been to.