Ikaruga is one of the purest gaming experiences out there. It’s a brutally difficult shoot-’em-up, the kind of short-but-sweet game that takes a clever mechanic, explores it to its full extent, and doesn’t pack on any unwanted fat. You could easily spend a hundred hours learning how to scrape your way through all five stages without continues. Then you could spend a thousand more perfecting your score.

After making its way to Xbox 360 in 2008 and slightly more recently PC in 2014, Ikaruga has found a new home on the Nintendo Switch eShop. The port has everything I’ve come to expect: remappable controls, two-player local co-op, downloadable replays, an art gallery, and a whole lot of misery.

This version of Ikaruga also includes a vertical screen mode, meaning you can turn your Switch on its side, prop it up, and play this essential shmup as it’s meant to be played. 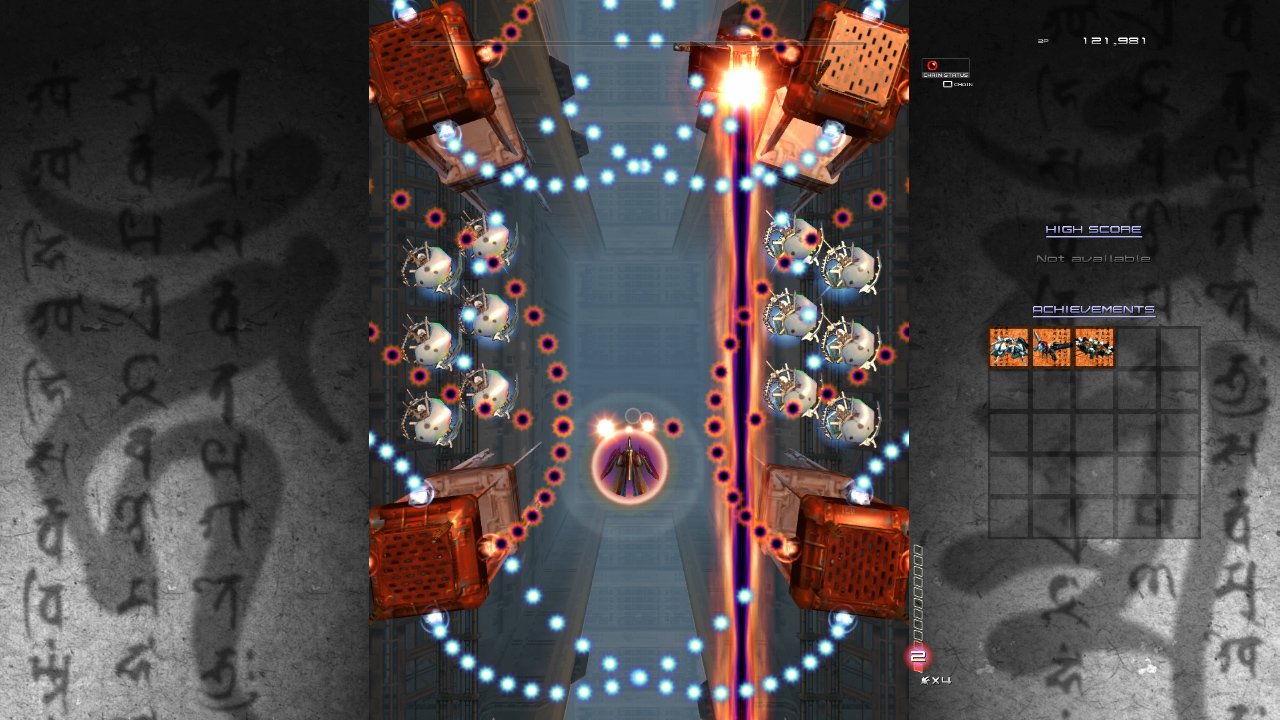 If you’re new to Ikaruga, the cornerstone of the game is your ability to swap between two polarities.

All enemies and projectiles are colored either white or black; the same goes for your ship and your attacks. So long as you’re the same color as incoming bullets, you can safely fly into them, permanently wiping them from the screen. Absorbing same-colored energy also allows you to build up and fire off powerful homing lasers, and enemies take significantly more damage if they’re hit by the opposite color.

This concept is easy to pick up, and in terms of controls, Ikaruga is a simple game. The true complexity reveals itself in Treasure’s overwhelming but expertly-staged enemy formations and bullet patterns. As crazy and darn near indecipherable as it can look at times, everything in the game feels thoughtfully placed. This is so crucial, both in terms of maintaining a sense of fairness and also in giving players a reason to strive for mastery. There’s a puzzle-like scoring system in which you’re granted a bonus for killing three enemies of the same color in a row. Break the chain with a misfire, and it resets.

Making it through Ikaruga is a feat in and of itself, but doing so with this chain mechanic in mind? Now we’re getting into 4D chess territory. The developers knew exactly when and where to place enemy ships to keep you on your toes. To do well, you’ll need to think several moves ahead (but not overthink things) and never let your concentration slip. Death comes swiftly and without mercy, but it isn’t unfair. 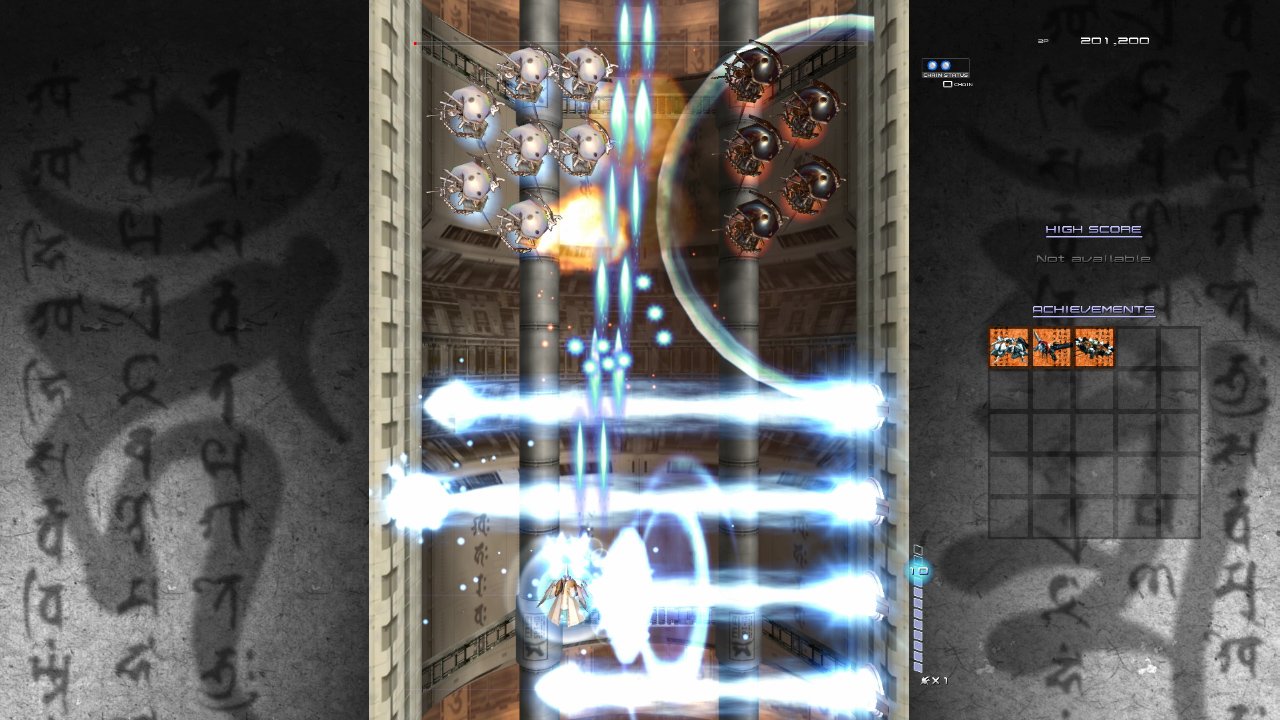 I shudder to think about all the times I’ve failed to make further headway in Ikaruga over the years, but even now, multiple ports later, the game still hasn’t lost its appeal. I don’t think it ever will.

There’s this ever-present hopefulness that despite seeing game over after game over, I’m always on the cusp of making a breakthrough and achieving the zen state needed to master Stage 3 and beyond. It’s okay if I never do reach that milestone — the journey matters most here, not the destination.

Ikaruga is one of those games I’ll happily rebuy and replay every time there’s a new port, but with this Switch version, I should be set. Being able to easily bust out the Joy-Con controllers for co-op and flip the system on its side for a vertical screen orientation is the real deal. Ikaruga is a timeless classic, and for those of us without a swiveling monitor, the Switch is just about the ideal way to experience it.