If Found… tells the story of two women dealing with the end of the world. The first is Cassiopeia, a scientist who discovers an Event Horizon threatening to destroy Earth. She’s separated from humanity. Her only contact is a person named Control, and with time running out and nobody on Earth believing what’s coming, the two of them are the last hope for humanity.

Cassiopeia’s story runs parallel to that of Kasio, a woman who returns home from college to a family that can’t deal with how much she’s changed. While that might not sound as critical as Cassiopeia’s circumstances, if you’ve ever had to face parents who don’t understand why you are the way you are, it can honestly feel as crushing as the actual end of the world. 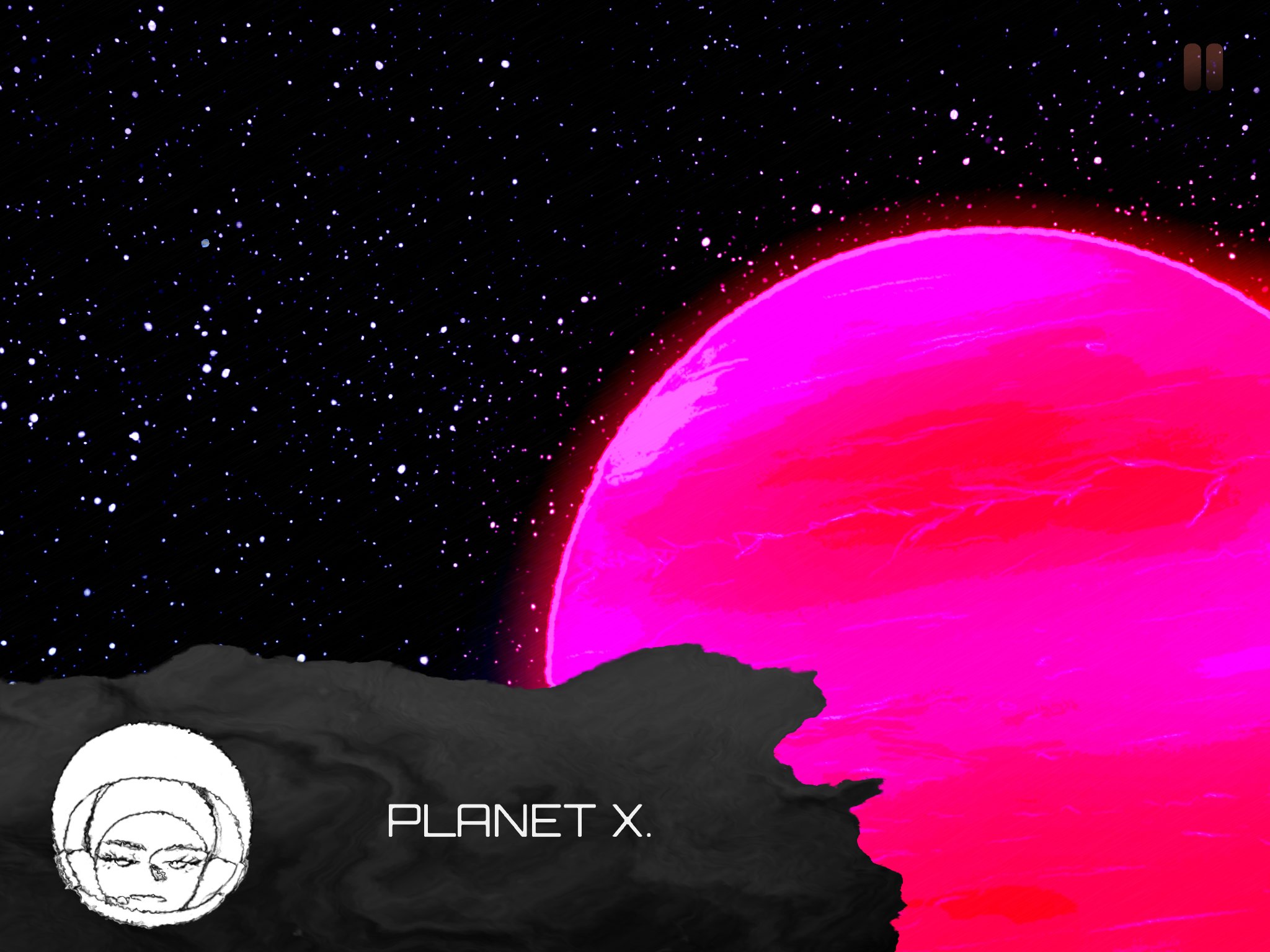 I’ve been through this experience myself when I came out to my parents back in 2001. The year of silence that followed honestly did feel like the end of the world to me. They didn’t understand. They cried. My dad threatened to cancel Christmas, but it had to be done. I was miserable in the years leading up to the moment I told them. I knew I couldn’t survive a lifetime of hiding who I truly am, but I also couldn’t see myself with a life they were not part of.

I normally don’t think about my coming out too much because it was such a hard time for me, but playing through If Found… filled me with the exact same emotions I felt almost 20 years ago. The anxiety, the pressure, the depression, the desire to be “normal,” it’s all here as Kasio sees the stubbornness in her family who can’t come to terms with the fact she’s a trans woman. They still see her as her past self, and the only way to move forward is to erase who Kasio once was.

Erasure is the central gameplay gimmick of If Found. With my finger, I swipe across the iPad screen erasing scenery, characters, drawings, diary entries, and more. Kasio’s trip home covers a few weeks in early December 1993. That was a pivotal year for LGBTQ rights in Ireland as it was when same-sex relationships were legalized, though Kasio’s hometown on Achill Island is still very conservative. When she moves in with her gay friend’s band, tossing around Gaelic slang with abandon, rumors swirl around town about the lot of them. It’s all recorded in her diary, and I erase every speck of it as my swiping finger pushes Kasio toward her uncertain future.

It also pushes Cassiopeia toward scientific breakthroughs. As she circles the black hole, she makes contact with a person back on Earth known as Control. The two of them are humanity’s last hope. To save the Earth, I have to erase the space around Cassiopeia. As I wipe away the deep blacks and purples of the galaxy, the parallels in her’s and Kasio’s stories become clearer.

It’s such a simple gameplay mechanic, yet the act of erasing has such a profound effect on me. It’s almost cruel that I’m not able to rewrite her past, to make it better for her, her friends, and her family. Because I’m not just erasing the haunting memories. There are also the happy moments, where colors burst off the screen, that I want her to hold onto.

But this isn’t my story. It’s her story, a story that must be wiped clean, though it can often feel as though I’m erasing her from existence. This purging of her past will allow her the fresh start she needs, and as I erase the days leading up to its earnest ending, the shrinking size of the eraser has me frantically swiping the screen to make sure Kasio ends up okay; that she’s able to make it through the same way I did. 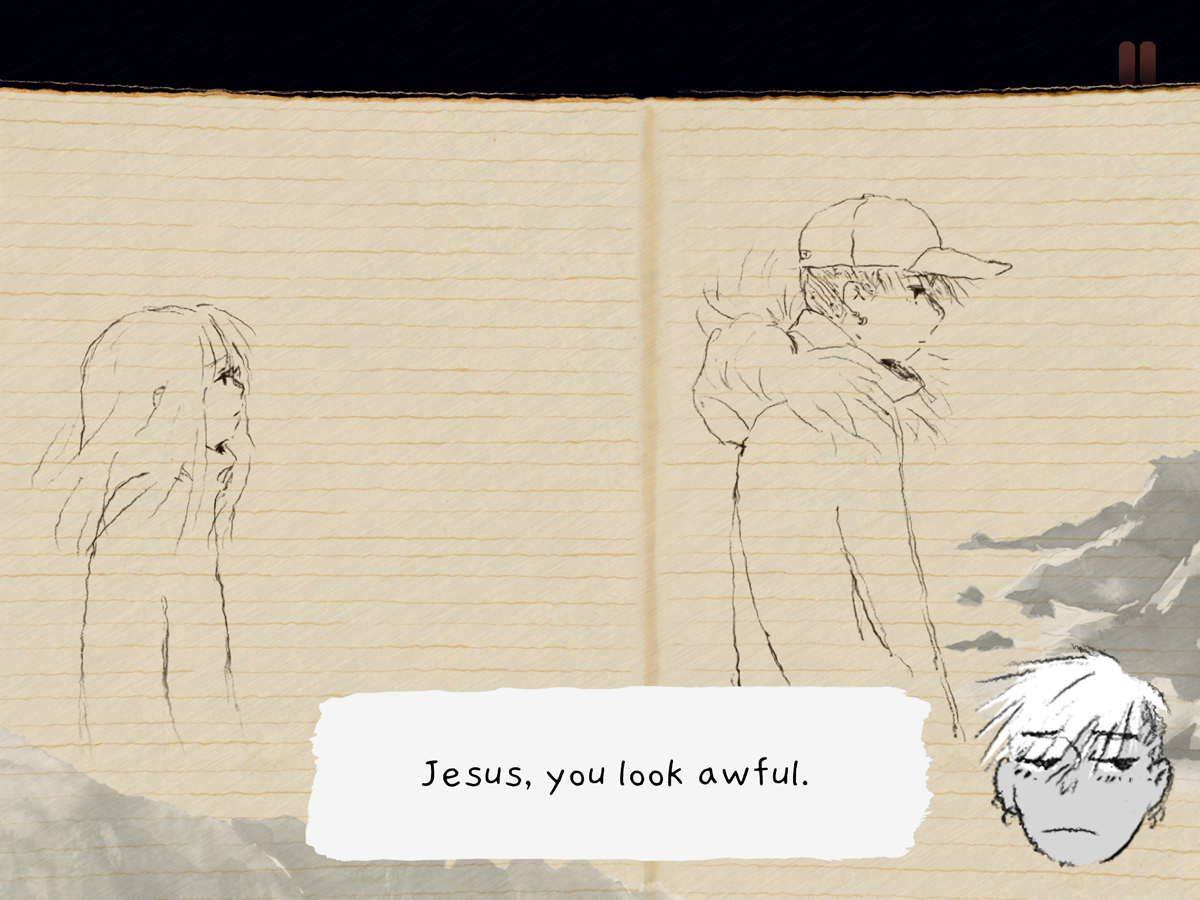 No other game has spoken to my personal experience as much as If Found… does, even if the situations between Kasio and I differ greatly. Much of what I felt at that time internally is laid bare in front of me thanks to outstanding art direction from Liadh Young. Nothing here is drawn intricately or with great detail. Rather, it’s the sparse nature of the sketchbook drawings that captures the crushing loneliness you can feel when you come out and your family isn’t quite ready to accept you. The simple animation also breathes life into this emerald isle.

For many, If Found… will be an interesting story about LGBTQ life in early ’90s Ireland. For others, it’ll be a callback to the heartache of our own coming out experiences. It tells a very specific story of a very specific girl, but its examinations of families, friends, and how we sometimes need to let go of the past if we want to move forward, are universal. This is a great example of how stories about LGBTQ characters don’t have to be aimed exclusively at LGBTQ audiences, and even without my personal connection to the story, it’s the most brilliant game I’ve played this year.