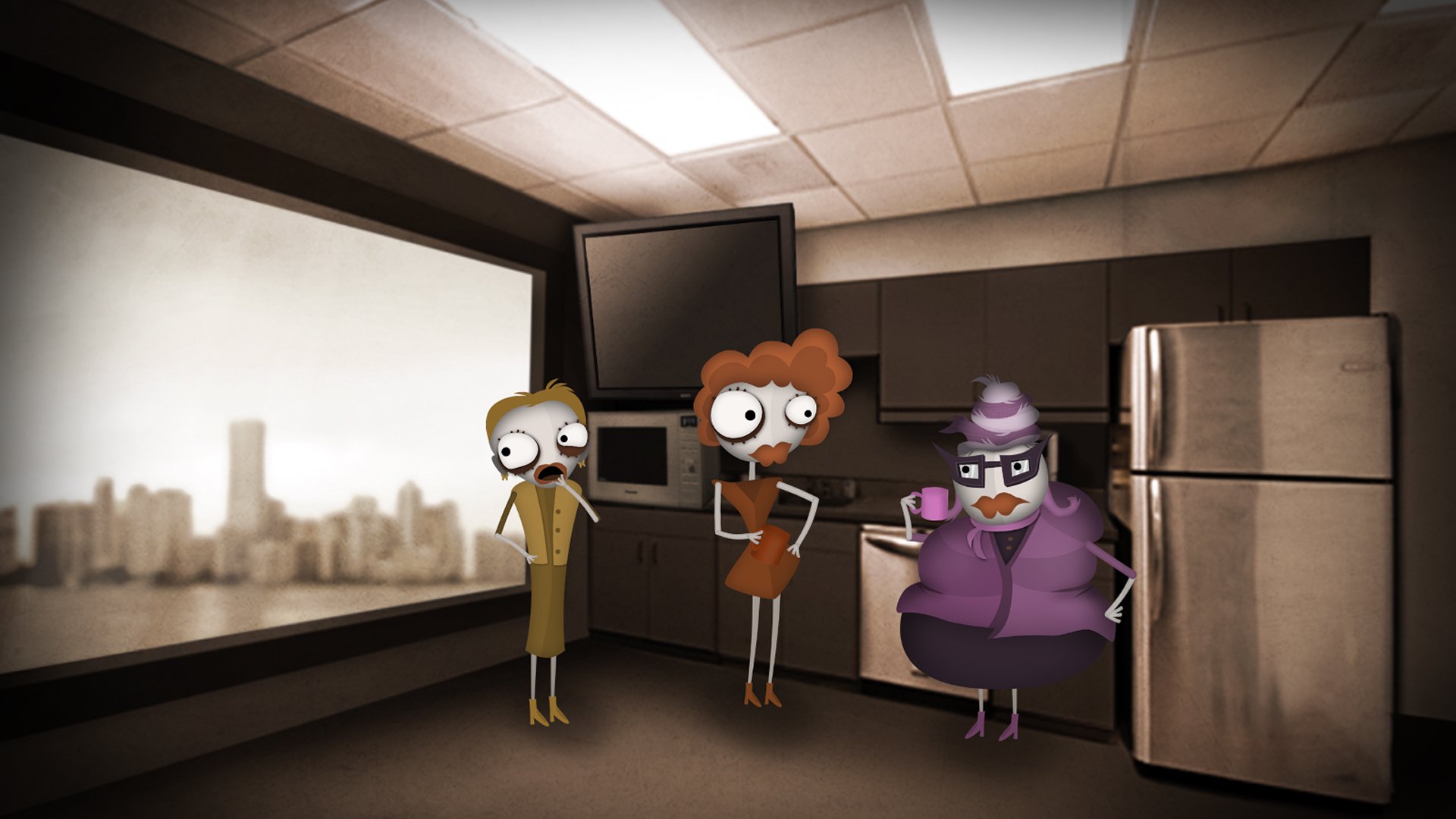 My brain is not a machine

Tomorrow Corporation, the studio behind World of Goo and Little Inferno, is one of my favorite indie developers of the last couple of years. Known for creating polished indie games with accessible mechanics and interesting, dark stories, I was incredibly excited to see more of the same from their newest game, Human Resource Machine.

Machine is not what I’ve come to expect from this talented developer, however. That’s not in and of itself a bad thing, but many of the aspects I most loved about the studios past games have become some of my biggest criticisms of this new release.

Human Resource Machine is a game that functionally aims to teach its players basic visual programming logic. You are a human, programming analogue tasks need completing on a day to day process. Players will need to create a visual programming loop that will allow you to mindlessly complete your task over and over. The reason you need to do your job in an efficient, automated, programming manner? Robots are coming to take your job.

The problem is, around half way through the game starts requiring you to understand programming logic concepts it hasn’t taught you before. Reading up on these concepts online can be complex, and working out how to build a programming function after only short while being hand held through basics can be rather frustrating.

Here’s one: build a machine that recognizes zero sum strings, then add up everything in the string, then create a Fibonacci sequence up to but not exceeding the value of your zero sum string, and place all values from the resulting Fibonacci sequence into the outbox using a limited set of tools. You can copy from or to limited memory spaces on the floor, add held and stored values together or increase a memory value by one. That kind of logic takes several considerable leaps, on top of trying to master a technique you only just learned for the first time.

I think ultimately this is my biggest problem with Human Resource Machine. It’s presented in advertising as a step by step tutorial on learning programming logic, but for newcomers to code some of the logical leaps are to complex to get through any method besides trial and error. For those who already program, much of the early game will likely be too easy. I feel like Machine doesn’t really commit fully to being a game for new coders or for experienced programmers. It tries and fails to straddle a difficulty line.

The game’s plot is also essentially non-existent. The trailer tells you robots are coming for your job, which would clearly be better performed by a robot. Eventually, robots arrive and are better at your job than you. Some of the hints of an interesting story are there, but there is no pay off at all. Considering the subtly delivered narratives in World of Goo and Little Inferno, this was a real shame.

Still, let’s talk a little about what Human Resource Machine gets right. For those who keep up with the programming challenges as they are introduced, there are also a pair of optional optimization challenges for each puzzle — such as, “have fewer than X instructions in your program,” or “completely process the data in less than Y moves.” Often it’s impossible to complete both challenges with a single program, so it pushes you to re-optimize processes rather than just finding a solution that works. Learning where you could cut dead weight from a programming string felt hugely rewarding.

The game also encourages players to not just successfully process a given set of data, but behind the scenes multiple sets of data are run through your program to ensure it works for every set, not just the current set. If a data set exists for which your program would break, that data set is provided to you, so you can debug the program step by step and see where it falls apart. The inclusion of step by step debugging tools to watch where your program’s holes are was really beneficial, and encouraged understanding how your solution works, rather than just being content with the success itself.

I came out of Human Resource Machine unsure who it was really designed for. It’s at times too simple for experienced programmers, and often made leaps too large for beginners to overcome without obtuse outside research. While I had a sense of accomplishment every time I made progress, said progress at times felt like I was an infant thrown into water and expected to swim straight away. I might manage it, but it’s not the ideal teaching method to leave me feeling comfortable going forward.