Watch out for that floor

Klei Entertainment is low key one of my favorite developers in the industry today. Even if they don’t hit all their marks they aren’t afraid to try anything new, and have tackled myriad genres like stealth platforming, survival, strategy, puzzle, and action.

Hot Lava is one of those times where they don’t nail everything they set out to do, but is so full of charm that it’s still worth playing. It’s even easier to oblige since it’s part of the Apple Arcade. 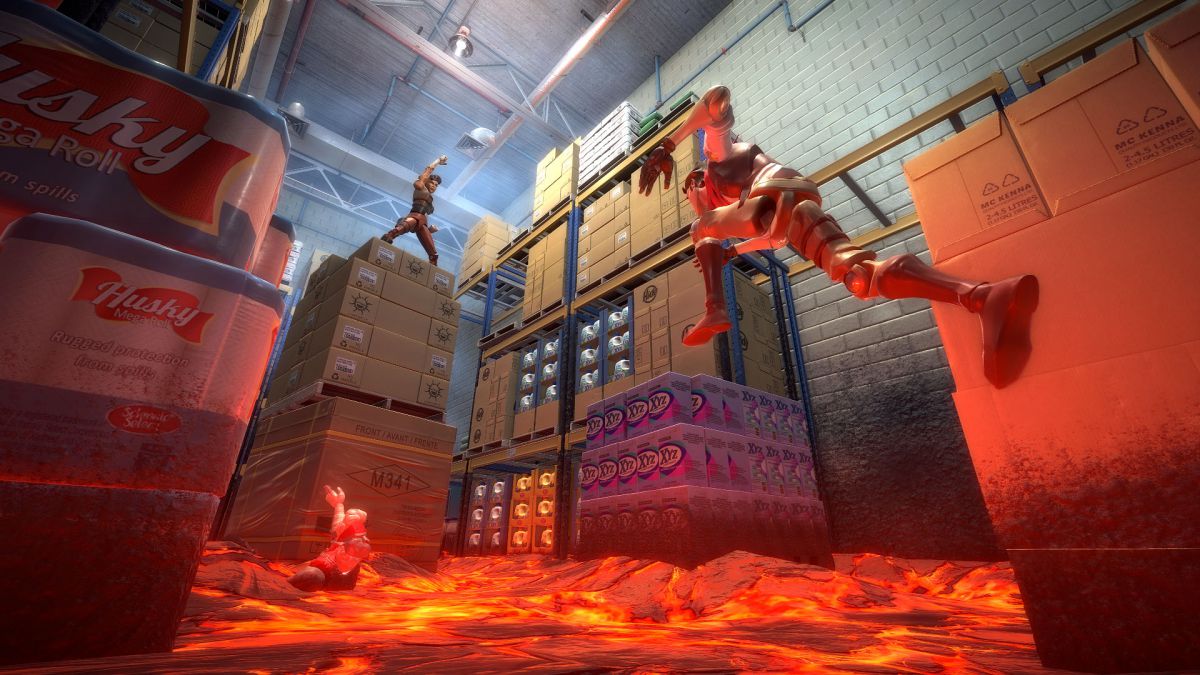 Hot Lava isn’t quite what I expected, which comes with Klei’s territory. Behind the cartoony veneer this is basically a time-trial runner, a la Mirror’s Edge, but with an intriguing ’90s action figure theme that’s kind of just there. I don’t know, roll with it.

Appropriate to the theme of the “floor is lava” game you used to play as a kid, arenas include locales like life-sized gyms, playgrounds, or basements. Klei naturally sprinkles a little creative fairy dust on these familiar places, and the devil is in the details. Take the playground: it even has those little tic-tac-toe roller thingies! When it’s the kind of playground I want to stomp around in, you know they did something right.

Your job is to clear courses in record time for the most amount of stars, which in turn more quickly unlocks other zones. You do this by running about and jumping: two actions that comprise most of the controls outside of sparing actions like crawling and emoting. Most missions have alternate routes, and a little sprite icon zips around to where you need to go next, so you should never feel completely lost.

Locomotion is a little awkward at first, but you get used to it. Late jumps are required, and there’s no mantling or edge grabbing, which is a hard thing to acclimate to. You will want to use a controller, as touch controls can get nightmarish during certain portions of the game — but even with a proper remote though, the imprecision can get the best of you.

Beyond the minor control clunk a lot of Hot Lava is muddled by a weird sort-of-co-op-sort-of-not online scheme. You can completely ignore it, which is why it’s so weird, but players are also running around, and if you’re in a level together, sometimes you can show them the proper path. Most of the time it’s just hogging UI space and taking away from the colorfulness of the game like garish MMO text on an over-engineered browser project.

Hot Lava is generally fun to play but there’s no rhyme or reason to most of the aesthetic choices. You really need to like first-person parkour going in and be open to the theme, but if you’re ready to tick both of those boxes, give it a shot.