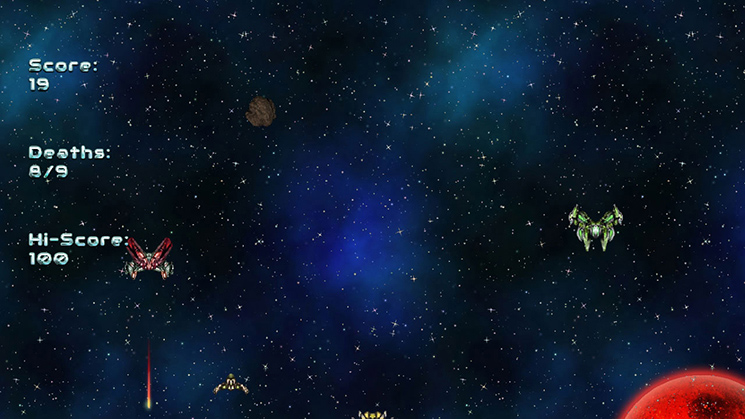 Back when the Nintendo Entertainment System first launched, console games had developed a reputation for being “landmine purchases,” meaning that they look safe until you touch them and they blow up in your face. E.T. for the Atari 2600 is probably the most famous example. The game did a lot to turn people away from console gaming in general. That’s part of why Nintendo used to stamp all its games with an official “seal of quality.” It wanted to assure consumers that unlike titles they had played on past consoles, games on Nintendo’s systems would definitely not be awful, at least from a technical perspective.

A lot has changed since then, especially on Nintendo’s digital storefronts. After gaining a reputation for being overly controlling on the Wii Shop Channel, Nintendo seems to have opened the doors to literally any game that wants to stroll on to the Wii U eShop. While the service has plenty of top-notch titles up for sale, it also has a few of the most irresponsibly priced, almost maliciously designed games on consoles today. Ironically enough, one of these games has the word “responsibility” in its title.

Sadly, the only way for Hold Your Fire: A Game About Responsibility to become a true symbol of responsibility would be for its developers to either drop its price to the absolutely minimum possible on the Wii U eShop (reportedly $0.10) or remove it from the storefront entirely.

This puts you in a pretty tense position. That tension, along with the amusing text-based dialog and the surprisingly interesting musical score, are the three reasons why I played the game for as long as I did… which was for about 25 minutes.

It took maybe five minutes of trial and error to get the hang of how to take out enemy ships. After I had that figured out, it was time for a 20-minute run of pure repetition and absolutely no new ideas. Ships appear at the top of the screen and move straight to the bottom of the screen. Sometimes they fire at you, also straight down. If they fire at you, you should move in front of it after it fires and shoot it. That’s it. That the entire game as far as I can tell.

If something else happens after twenty minutes of that, then I’ll be happy to amend this review, but the game has given me no indication that it ever changes things up. There is a score counter and a death counter (which stopped working once I hit 4/9 deaths), but other than that, it lacks any sense of progression past its first wave or two of enemies.

The success of Canabalt and Flappy Bird may have convinced some lot of game developers that a simple, one-note game design can lead to an acceptable product. That may be true for other games, but in this case, it didn’t work out at all. Adding any level of variation to the enemy patterns, bullet patterns, or literally any other potentially fulfilling dynamic to the design could have led to this game being worth a buck, maybe two, but that’s not what the developers at Alkterios Games did here, for reasons that only they likely understand.

What if a fast food restaurant sold you a new $2 hamburger called “Hold the Fat: A Burger About Eating Responsibly” that was packaged in a regular fast food hamburger box, but when you opened the box, all you got was a small, one-sided, badly drawn picture of a hamburger? That would be funny for exactly as long as it would take for you to realize that you stomach is still empty and you’re $2 poorer for having experienced the “joke.” This is the game equivalent of that so-called burger. It’s nearly impossible to recommend.

[Addendum: I had a hunch that it was impossible that a developer would include this little content in a game for sale on the Wii U eShop, and I’m happy to say that it looks like my hunch was right. It’s come to light that issues with my external hard drive may have resulted in me missing out on a large portion of the game. We’re looking into the issue as we speak, and hope to have the review amended accordingly soon. In the meantime, do not take this review and review score as a full reflection of what Hold Your Fire has to offer.]