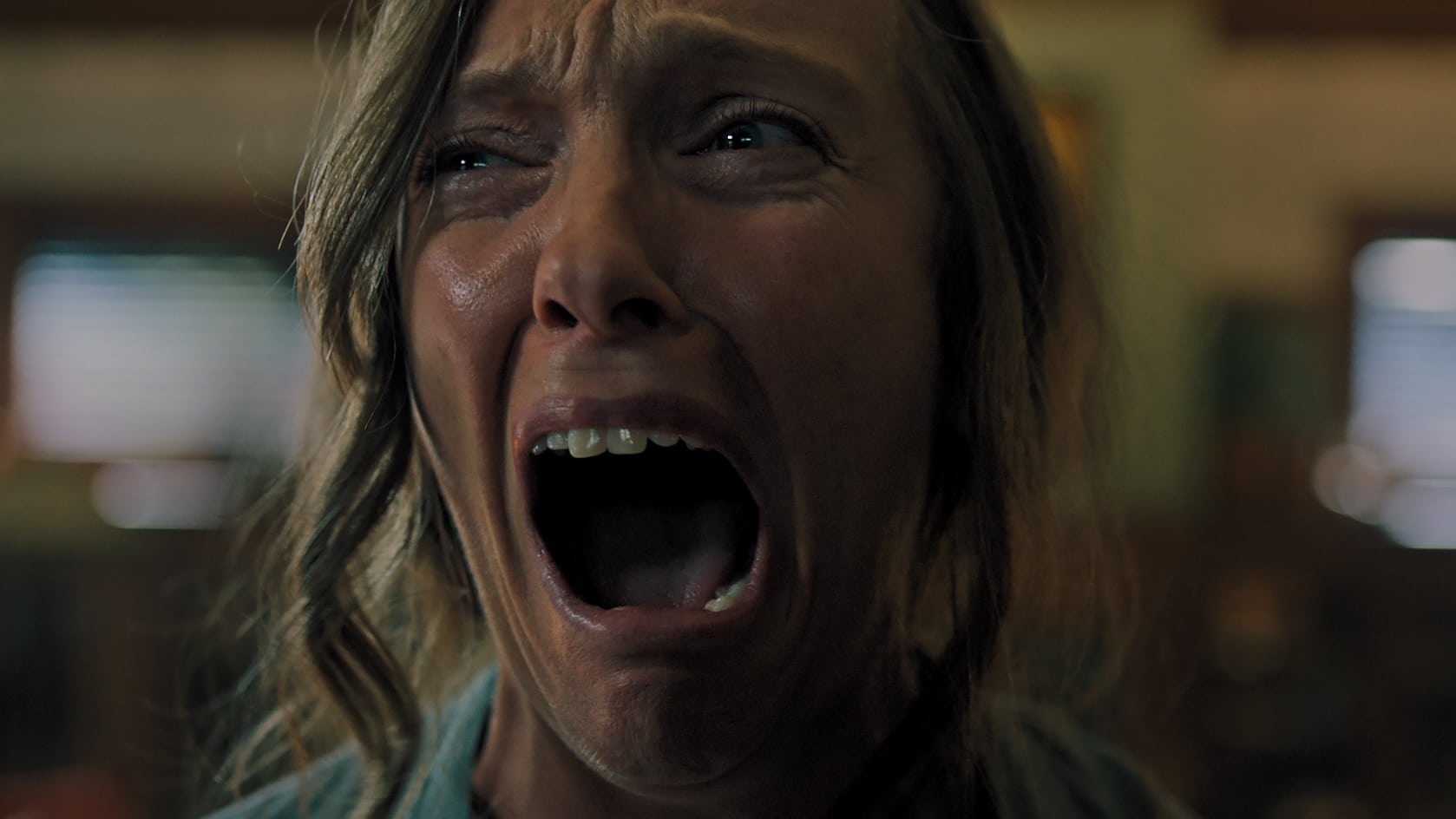 Hereditary had so much buzz coming out of festival season that I was chomping at my horror bit to get into theaters and see it. I’m not sure I was more excited to see a single film at SXSW this year (until the surprise announcement of Ready Player One). The movie was being likened to the genre-shaking It Follows, and just seemed creepy as hell from everything I’d seen. People were calling it the scariest movie of the year.

I came out of Hereditary let down as one often does when things are hyped, I suppose. It’s not bad by any stretch of the imagination, and it is definitely scary, but when you’re talking about movies defining genres I’m expecting things to go somewhere new or interesting. Hereditary never really does that, and it’s lack of thematic push pulled me away from the skilled horror direction. A movie that promises so much can only deliver on half its goals.

Make no mistake about it, Hereditary is a disturbing and tense film that turns corners so many times the plot itself could be considered a jump scare. We open on the funeral of Annie Graham’s mother, a mysterious woman who it appears was into some weird shit. Annie (Toni Colette) is estranged from her for a plethora of reasons, but her passing has affected her none the less. Jump to the Graham’s home, a bucolic and remote house with just enough creepiness to turn scary. Annie, along with her husband Steve (Gabriel Byrne), and their two children Peter (Alex Wolff) and Charlie (Milly Shapiro) are living their mostly happy life here, though something is clearly off about Charlie, who Annie’s mother constantly doted over and loved or possessed with a demonic spirit. Same difference.

By now you realize you’ve seen this set up before in about a hundred different horror films, but Hereditary takes a wild turn about a quarter of the way through that should be the set up for one of the more challenging and interesting horror films in years. After this, the film begins to play with Annie and Peter’s sanity as Steven, an immensely patient husband, attempts to hold the family together. The tension builds as the movie plays with the questions of if the horrifying occurrences going on in the Graham house are real or delusions. It’s a wonderful bit of horror suspense that veers in different directions over and over.

Until it doesn’t. All too soon the film destroys its most interesting through line by answering the sanity question, turning a psychological horror into far more standard fare. While the film’s tone and direction stay same, the movie starts playing too much into its occult roots, veering away from the complex story it was weaving into shock and awe. None of it is bad shock and awe, in fact, it might be some of the better shock and awe you’ll see this year, but it feels like such a hard break from what the movie was delivering that it loses a lot of its punch. Obviously, this is the film that Ari Aster, who directed and wrote the movie, wanted to make, but his ending ditches the best parts of his movie for no apparent reason.

None of that is to say that Aster isn’t easily one of the most promising new faces in horror in a while. Building on the quiet rebirth of psychological horror that films like It Follows began, Aster holds his camera through long desperate takes that build tension perfectly before snapping. This movie creates a sense of space that’s horrifying, turning the house into a character that is far scarier than any of the antics that the last third of the film gets up to. The screenplay also plays wonderfully with our expectations for the first part of the film, batting away cliches to re-establish what we should expect from a horror film. Sadly, Aster seems to lose control near the end, delivering a film that isn’t quite as good as it could have been.

Collette is pitch perfect as her mind slowly slips away. Her character’s profession as a miniatures artist not only helps raise the film’s creepy factor but allows the actress to tumble into a really weird space. It’s one of those performances that would have Oscar buzz all over it if it wasn’t in a horror movie.

Hereditary is a good horror film with inclinations to be truly great. It’s subversion of the genre and focuses on the psychological throughout its first half are fantastic. There’s a certain slow burn fear that pervades its every moment until it explodes all too soon driving the movie into a more traditional direction. The movie could have been a masterpiece, but even if it isn’t it’s still a nice diversion from our standard horror fare.