Hell of a Life

The VR space is already rife with jump-scare games. And how easy is it to jump with a helmet on your head when creepy house sounds blend together with the illusion put forth by something intended to frighten you? Very.

Here They Lie attempts to cut down on some of that, and add in its own psychological layers to create a different blend of horror: depression and uncertainty. Okay, so it has jump scares too. 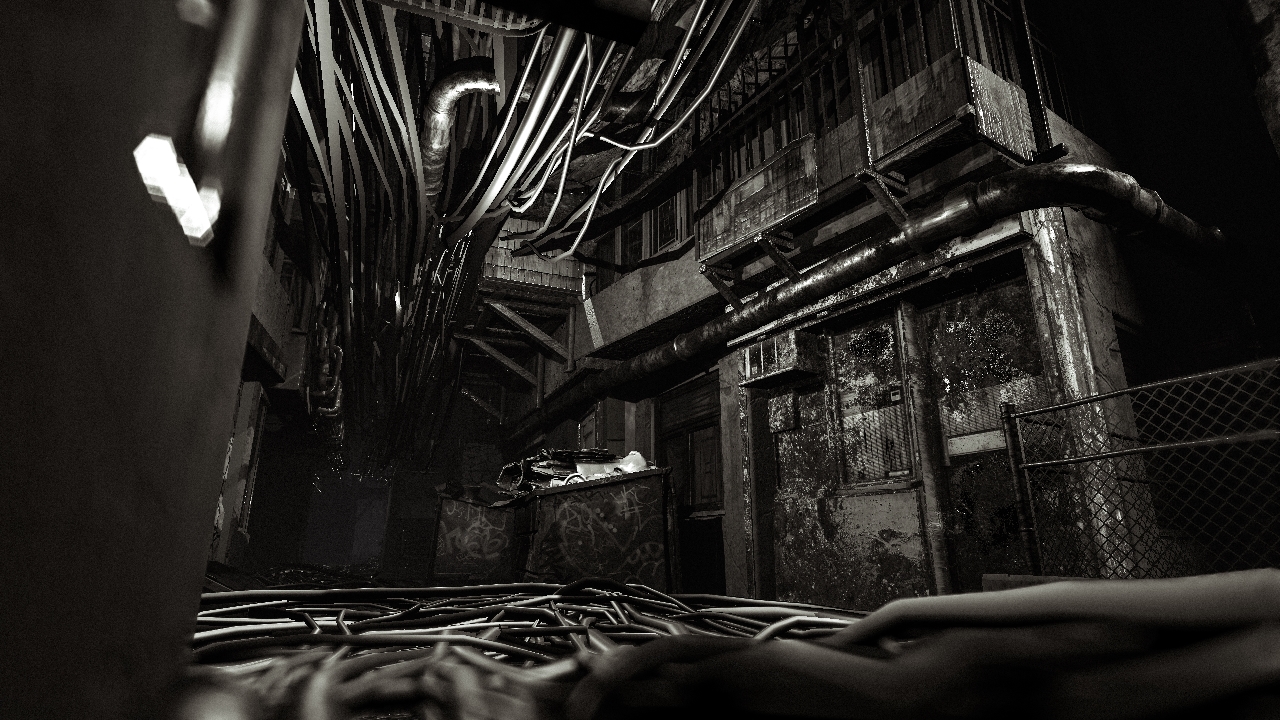 Here They Lie is what some would call a walking simulator. There’s a critical path to follow, but there are also side rooms that house cryptic lore, and little story hints like what your character looks like in a mirror, and so on. You can get the gist by running (albeit slowly) to the end, but odds are you’re going to get mixed up in some of the notes, audio logs (in the form of phone calls), and additional scenes, because the layout, while tunnel-oriented, isn’t always so obvious.

While I won’t spoil anything here, the world itself is great. A lot of the NPCs are humanoid in theory, but many of them display bestial qualities that are frightening in a different kind of way than your run-of-the-mill “evil demon” or monster. I also love how, with the headset on, it plays directional audio cues like ringing phones by way of the surround sound, sometimes in dark corners that you might not want to visit. Plus there’s several choices to make in the story and ways to interact with set pieces, cementing that you’re not just a bystander, but part of this universe.

Remember when I mentioned the jump scares? I was impressed with the first 30 minutes or so as they very rarely relied on any sort of tactic like that, but by the first hour or so, it got a little cheap. Where Lie really shines is in the areas where nothing overt happens at all, and you’re waving your flashlight around frantically hoping there’s nothing there.

Since it can get a little intense, there’s an automatic filter for folks who aren’t all that acclimated to the VR world yet. What this does is cut down on some of the motion sickness involved with turning with a full-vision camera by obfuscating part of it using a black screen. It’s a common tactic, and some games even go so far as to present a “teleport” scheme first. It’s a noble goal to bring people into VR without making them throw up, but I would have appreciated the option to fully open up the FOV (field of view) with a slider, as the partial view didn’t really add to the atmosphere so much as annoy me.

Here They Lie is a successful use of the PlayStation VR, but outside of the novelty of transporting yourself into the veil of a unique hellish landscape created by beautifully tortured souls, the actual delivery and writing fall flat — so I wouldn’t worry about “not getting” anything, as it’s all fairly clear by the end. I don’t mind the heavy emphasis on morality, but there’s only some exploration of basic philosophical concepts that range from mildly thought-provoking to “I bet these are Jaden Smith quotes.”