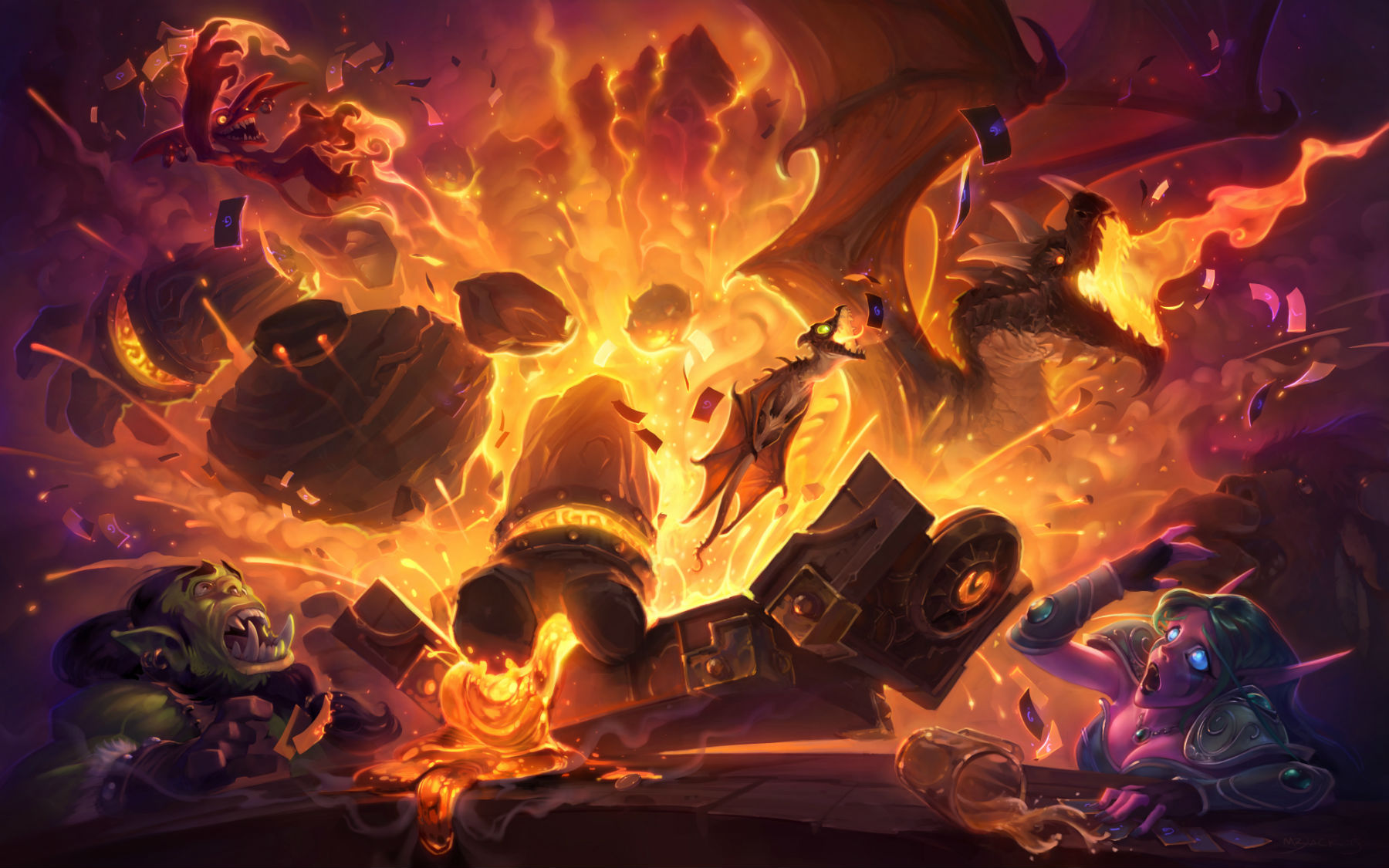 The best expansion yet

As I’ve described in the past, my history with Hearthstone is pretty much inline with how Blizzard wants most of its customer base to enjoy it. I’m loving it in spurts, as it’s perfect for quick pick up sessions with friends or NPCs. Although the reward loop is a bit slower than I’d like due to the reliance on daily challenges, the core game is still very fun.

But whenever a big expansion drops, I’m all in again. It happened with Naxxramas, and with the conclusion of Blackrock Mountain, I’m just as happy as I was the day it picked it up in beta.

For the entire month of April, Blizzard slowly unlocked each of the four wings of Blackrock Mountain expansion. The entire experience is finally available for $24.99 (or 700 in-game gold per wing), and I’m happy to report that it was worth the cash, as it’s a step up from Naxxramas in most respects.

The key to success with Blackrock is the commitment to the lore and having it fit within the confines of Hearthstone. That classic nostalgic rush you got as a raider in vanilla World of Warcraft is still there when you fight Ragnaros, Nefarian, and their crew, but with all of the goofy quips and dialog you’d expect from a card game that takes place within the same universe. In fact, it’s still there even if you’re meeting these characters for the first time.

What really surprised me is how well Blizzard adapted these boss fights into engaging encounters. There were some bright spots in Naxx as well, but a few Blackrock battles really blew me away. Take Garr, who constantly destroys his own minions in an effort to take you out by way of Deathrattle damage. The catch is that each minion that dies on the same turn does an exponential amount of damage, forcing you to either whittle each enemy down individually, or just go for the all-out kill in four turns.

Majordomo Exectus is another amazing confrontation, as he has a specific 8/8 card that he can summon for free if he drops below a certain amount of health. You have to strategically keep him alive until you have enough cards to take him out in one swift blow, or risk fighting an army of super-powered cards. The latter situation is doable with the right deck, which highlights how versatile Hearthstone is in general.

There are plenty more unique levels too, like one that only lets you and your opponent play one card per turn of any value — with concepts like these, the Heroic mode (unlocked after beating each wing) presents the biggest challenge yet. Class challenges are also back, and reward you with two class-specific cards after conquering an enemy with a pre-set deck. Mechanically this is probably the best part of Blizzard’s Hearthstone expansions, as they allow you to step out of your comfort zone and experience new styles of play while rewarding you appropriately. It’s a tradition that I’d love to see continued.

The main aspect that I felt was a step down from Naxxramas however is the general theme of the expansion itself. Naxx felt like a completely different game, with bright hues of green, purple, and red. The cards were utterly unique and unlike anything you had seen before from a design perspective, and I still use many of them today solely based on their aesthetics. With Blackrock there are a lot of great cards as rewards, but a lot of them share the same artwork as the rest of the core set.

While it may not look as dazzling as Naxxramas, Blackrock Mountain expansion is still the best add-on yet, edging out the card-only Goblins vs Gnomes. I’m still chipping away at the Heroic fights, and with how many card options are available at this point, I’ll probably be messing around with custom decks for weeks.

[This review is based on a retail build of the expansion provided by the publisher.]