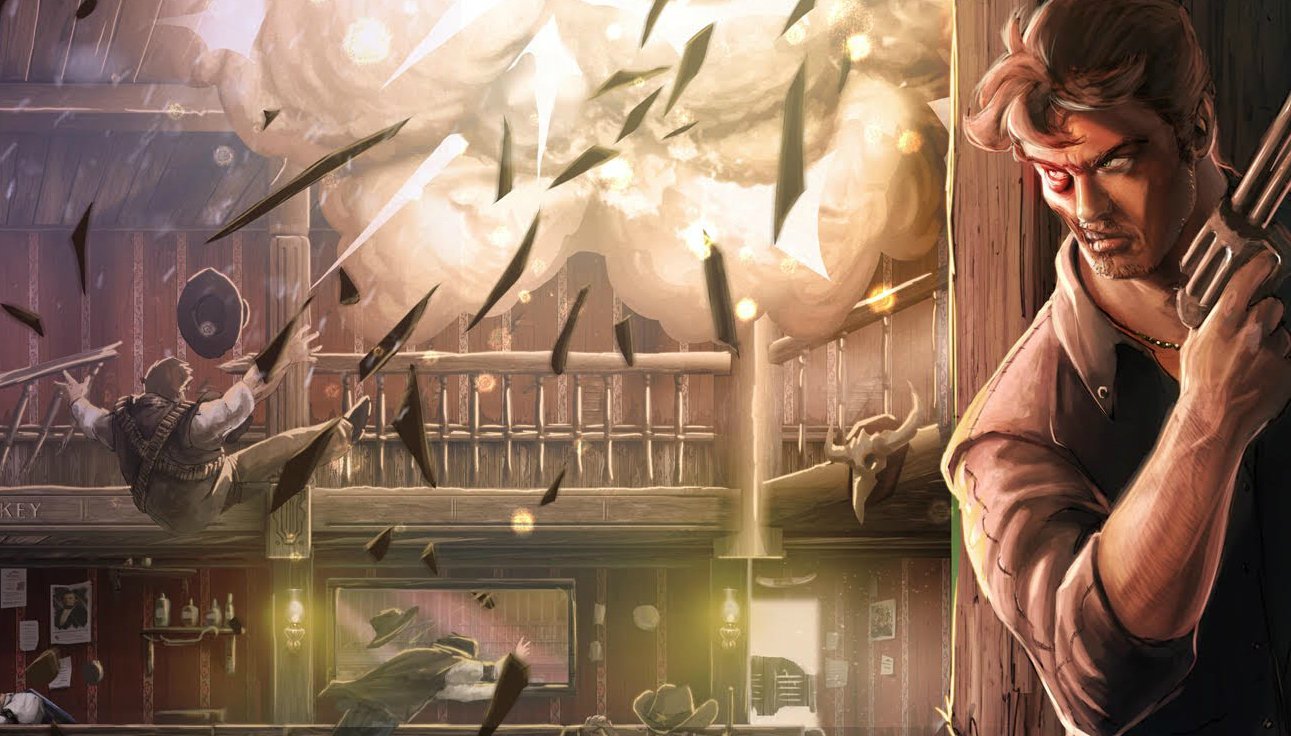 A fistful of sand, blood, and bugs

After twenty or so hours in the blistering sun (my cold, unkempt room) with my hands on the well-used revolver (bargain basement keyboard and mouse), I’m walking away from Hard West in turmoil. A tactical turn-based western game that dabbles in demonology is exactly the sort of thing that turns my head. Plus, that XCOM 2 itch needs a-scratchin’.

It’s too bad the damn thing is more broken than a cowboy’s nose after a pistol-whipping.

Hard West starts off so promising. Instead of one big campaign, it’s divvied up into eight little chunks starring different characters. The first one stars a father and his son trying to make their own way in life through a combination of mining for gold and killing the men that would try to stop them. This chapter serves as a tutorial of sorts, teaching you the basics of combat. You have two action points, which you can use to move, shoot, or use special abilities. Shooting always ends your turn (some weapons alleviate this), so it’s always best to keep moving.

In some circumstances, you can make your own cover by kicking over tables or lifting up barriers. One of the special abilities enables you to ricochet bullets off of metal surfaces in a zig-zag of death across the battlefield, but you’re never taught how to do this. Halfway through the game I noticed the slight glow that some metallic objects emanate denoting that you can use this ability. Once you get the hang of these shots, they become an impressive and effective method of dealing death.

Though the battles feel mechanically similar to XCOM, one of the main differences in Hard West doesn’t stick the landing. Whereas in the former game it was perhaps to easy to rely on the Overwatch ability (wherein you automatically attack enemies who pass your field of vision), here there’s no such thing…for the player. If you get too close to an enemy, they have a small range around them in which they can use an attack of opportunity, but you’re never afforded this same benefit. This leads to repeated scenarios where you’re trying to cautiously approach the enemy so that you don’t get too close and get blasted, and then they walk right up to you and shoot you from behind for higher damage.

Another new system that Hard West tries is the “setup stage.” In some levels, you have the drop on your opponents and you can sneak around. You only have one action point, so you move much more cautiously. In order to successfully infiltrate an area, you have to use the Subdue ability, which prevents enemies from firing at you for a few turns. Enemies sometimes have cones showing their field of vision, but this is inconsistent. Whether that was because of a glitch or my character’s stats, I was never sure, The whole system is poorly explained, but luckily you’re never forced to use it. Even when I figured out how to successfully do this, going in guns blazing always seemed to be the better option.

One of the best parts of the combat is the Luck meter. While you still have percentages telling you how likely you are to hit an enemy, they don’t feel as random as most tactical RPGs. Your Aim stat and your position determine if you’ll hit, and the enemy’s cover simply lessens the damage they receive. Each character has a luck bar that serves as both a sort of armor and your ability resource pool. If you have enough luck, when you get shot at, it’ll soar right past you. If you get hit, your luck replenishes so you’ll have better odds next time. Once you get a feel for this, you’ll learn to risk taking weak hits through cover so you can use your more powerful skills.

This all adds up to incredibly entertaining combat when it’s not doing its best to frustrate you. Getting bum-rushed time and again isn’t fun. But earning increasingly fantastical weapons and cards (which give you active and passive skills) in each campaign remains compelling throughout.

When you aren’t in combat, each chapter has its own world map and goal. In the aforementioned starting story, part of your HUD shows your family’s gold-mining tools. Another chapter sees you managing peons à la Oregon Trail, making sure you have enough food to keep them strong enough to do your bidding, One of my favorites stars a clairvoyant woman as your main character, using her abilities to cheat both poker and death. If we’re being reductive, these world map moments are just variations of text adventures, but they’re enjoyable and convey a lot of flavor through both these different goals and the story text you have to parse.

Once in a while you’ll solve a puzzle for better gear, or choose the wrong thing and gain a crippling injury. All of these have a direct effect on the many battles you’ll fight, so there’s not as much of a disconnect as you might expect. Some choices you make will lead to differences in missions as well, such as choosing to sneak in through the back or charging in through the front. Consumable items, clothing, and weapons don’t carry over into the next campaign, so each time is small arms race to get back up to the top. I initially thought this would be frustrating, but since each story is two hours long at the maximum, it never becomes monotonous.

Each character’s chapter has three special items that they can unlock through a variety of methods that are sold at a vendor who appears throughout the game. This allows you to get to the punch more quickly if you like, and it encourages thorough examination of the map. The playing cards that I mentioned previously are randomly earned by finishing battles and exploring and give you passive and active abilities like being able to turn into a demon or heal whenever you’re in the shadows. In keeping with the theme of the ol’ west, arranging them into straights and royal flushes provide additional stat bonuses. Since characters don’t level up, this provides just enough customization to be interesting instead of overwhelming.

So again, this all sounds great! But then there are the bugs. The hot desert sun didn’t cook Hard West enough. This is evident everywhere, from menus that take entirely too long to open, to a glitch where accidentally hitting the delete key sets the camera at a horizontal angle on the ground that renders the game nigh-unplayable. There are typos galore in the text and there are times when said text implies that there should be another dialogue option, but there’s nothing to be found. I also dealt with a handful of hard crashes.

This is frustrating because there’s a legitimately great game to be found underneath all of the blood and sand. I’m going to fondly remember the small vignettes in this game. Running around as an inquisitor, manipulating people into killing others so that I can build an eldritch artifact. Seeking revenge as a half-man, half-demon. Playing as the villains I saw in previous chapters, understanding what motivated them to become such evil pricks.

This is a world worth exploring, and I have a feeling we’ll be seeing more of it. Maybe that’ll be in the form of a huge patch that puts this broken machine back together, or a sequel that brings the best of Hard West to the forefront. What I’d really like to see is a tabletop game in this setting, because it honestly feels like it might be better suited in that realm. Either way, I hope there’ll be a reason to come back.