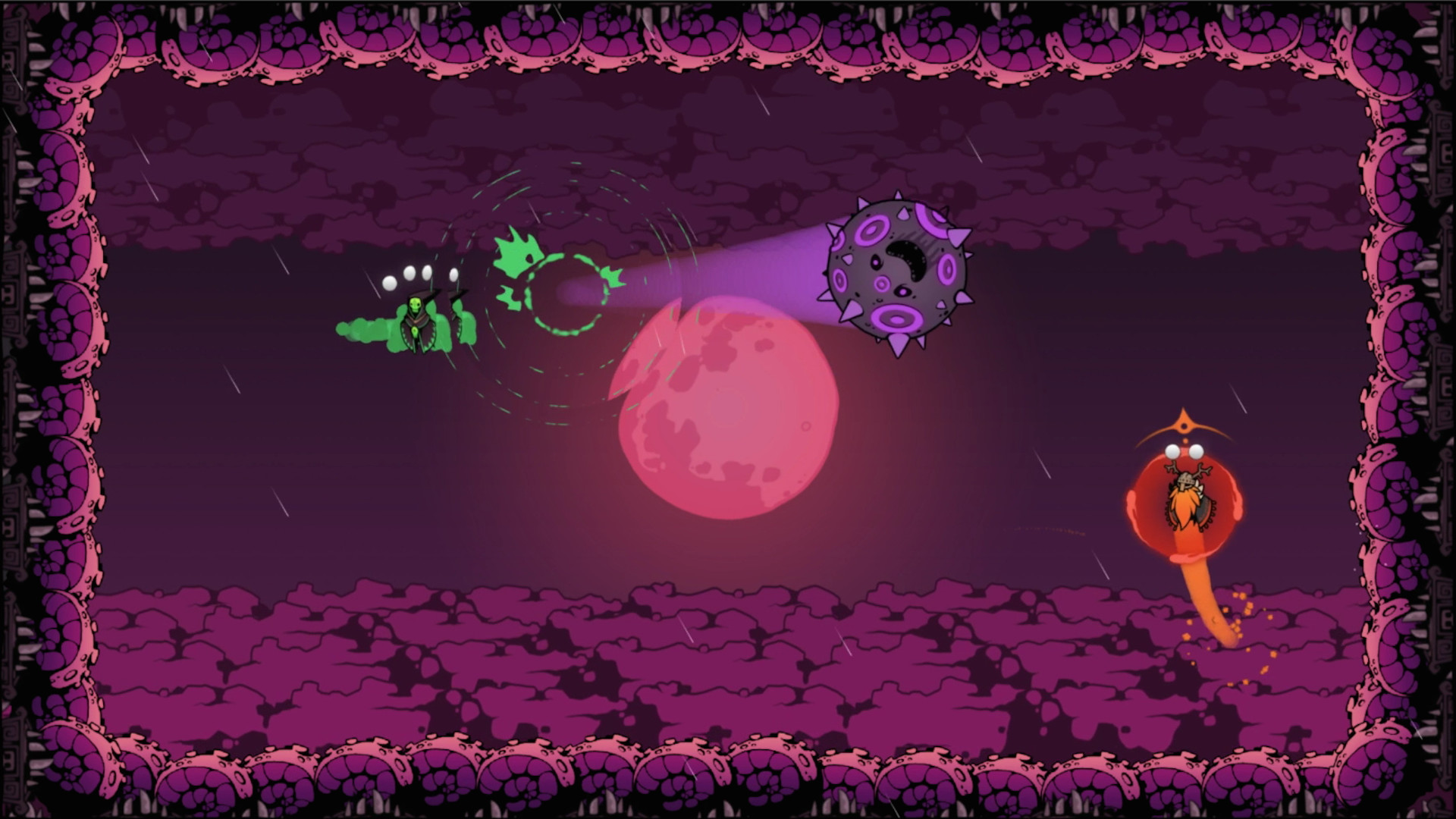 Imagine if bumper cars boardwalk-wide was played on a platform with no guard rails, where children could go careening off the edge in a justified, driving-focused bit of natural selection. Coney Island would end up more Mad Max than The Warriors as America finally reverts to whimsical gladiatorial combat to the death to bookend 30 years of precipitous decline.

This is the world of Gurgamoth, a four-player competitive multiplayer arena that, like Smash Bros., relies on ring outs in the form of environmental kills, rather than fighting with moves and health bars. In fact, there are only a few moves. Attack, dash, and stun (double tap dash). Two buttons plus an analog stick to orient your flying characters. 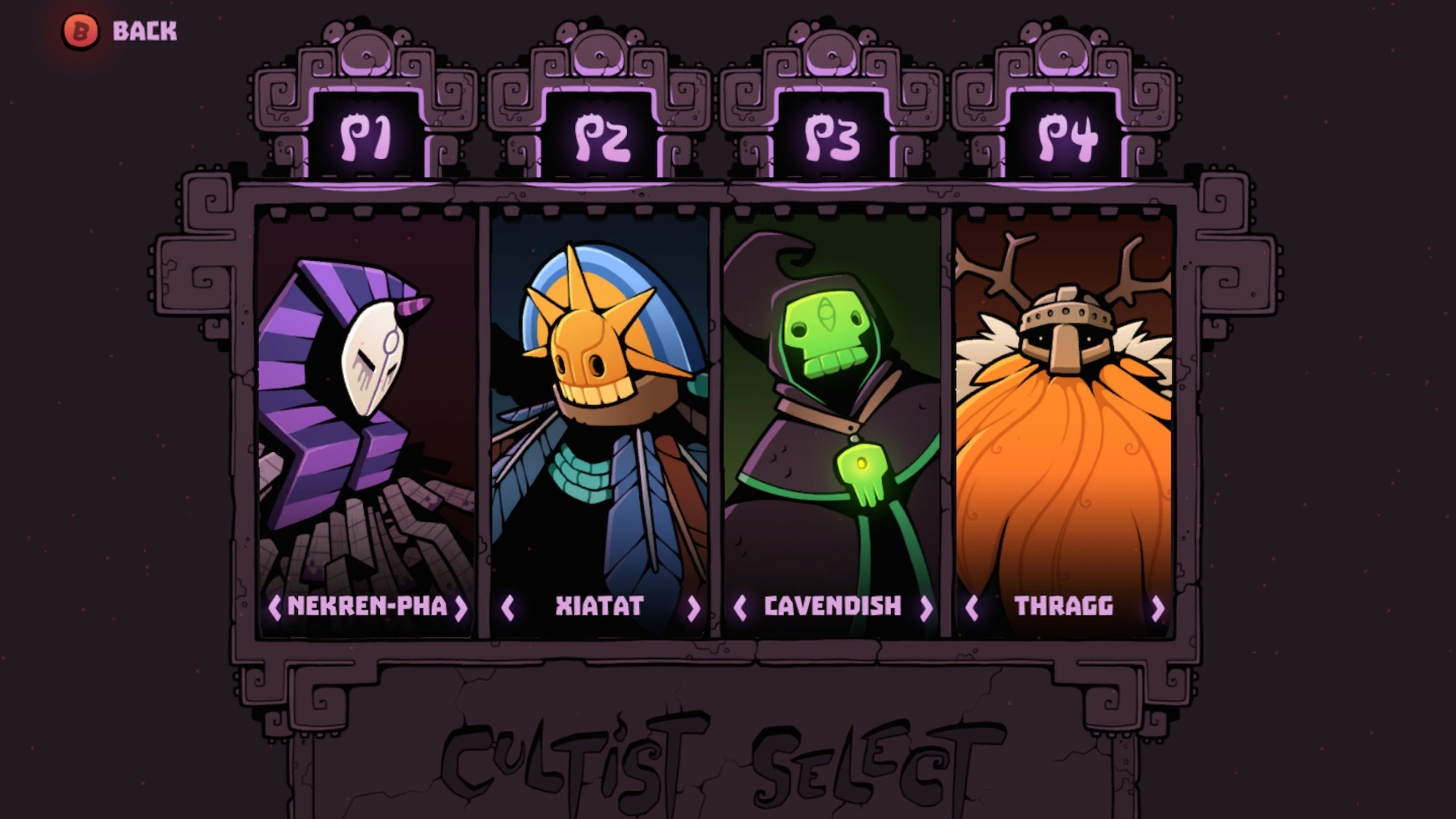 It’s worth noting that Gurgamoth is slight. There are absolutely no solo modes and it’s dull with two players. Three to four players (local, not online) are basically necessary. If you can fill an arena, you’ll find a handful of different stages with different environmental hazards. One stage is outlined with ice, or something, but bumping into a piece will reveal spikes that your opponents can then bump you into for the win. Another has a spinning rock in the middle; attacking it will create a laser emitting straight from the opposite side of the rock.

Rounds can be over in seconds and you can set match length (three wins to take the match is standard, but it can go as low as one, and much higher than you’ll ever want). Because of this, the load times between rounds, down to the unnecessary 3, 2, 1 round-start countdown, manages to feel like a drag. Super Meat Boy or Samurai Gunn immediacy would’ve been welcomed.

So too would have been a mode like Samurai Gunn‘s Master of the House that could randomly choose a new stage for every round, highlighting Gurgamoth‘s most unique feature (the variety in the stages that decide how you’re going to try and seek victory). Gurgamoth assumes interest instead of earning it. It assumes you will, say, make the game more interesting by choosing one-round matches, then go to level select each time, and track wins yourself.

Just about every local competitive game on regular rotation in my household (Samurai Gunn, Rocket League, Duck Game) has more to offer and even fringe candidates (Lethal League, Mount Your Friends, Gang Beasts) have a more interesting hook.

There’s just no real hook here. The art is alright, but feels Castle Crashers cribbed and is limited to a handful of playable character designs and the environmental stuff. Some of the power-ups reorient stages in weird ways more confusing than cool. Auto-handicaps are on by default, limiting (or unbounding) the amount of successive attacks players can do based on current standings, which is interesting and adds a wrinkle of strategy to combat, but even the bump-based business pales in comparison to Videoball.

Gurgamoth is closer to Starwhal, another novelty-based, colorful competitive game, but at least the latter had a sense of humor and janky-controls that are part of the fun. Put another way, Gurgamoth really is just bumper cars: a fleeting, mild amusement best remembered as a sliver of an otherwise warm, fuzzy day.