I still remember walking into a friend’s house in middle school, completely unaware of the Guilty Gear series. I sat down, chose Kliff, and within a week I had imported the soundtrack and was listening to it on my Sony CD player (which had bass boost!). Since then I’ve been a fan of Arc’s work, which includes the fantastic (and beautiful) Xrd, released back in 2014.

While a lot of other developers haven’t earned enough goodwill to justify premium updates, I’m happy to oblige for Revelator. 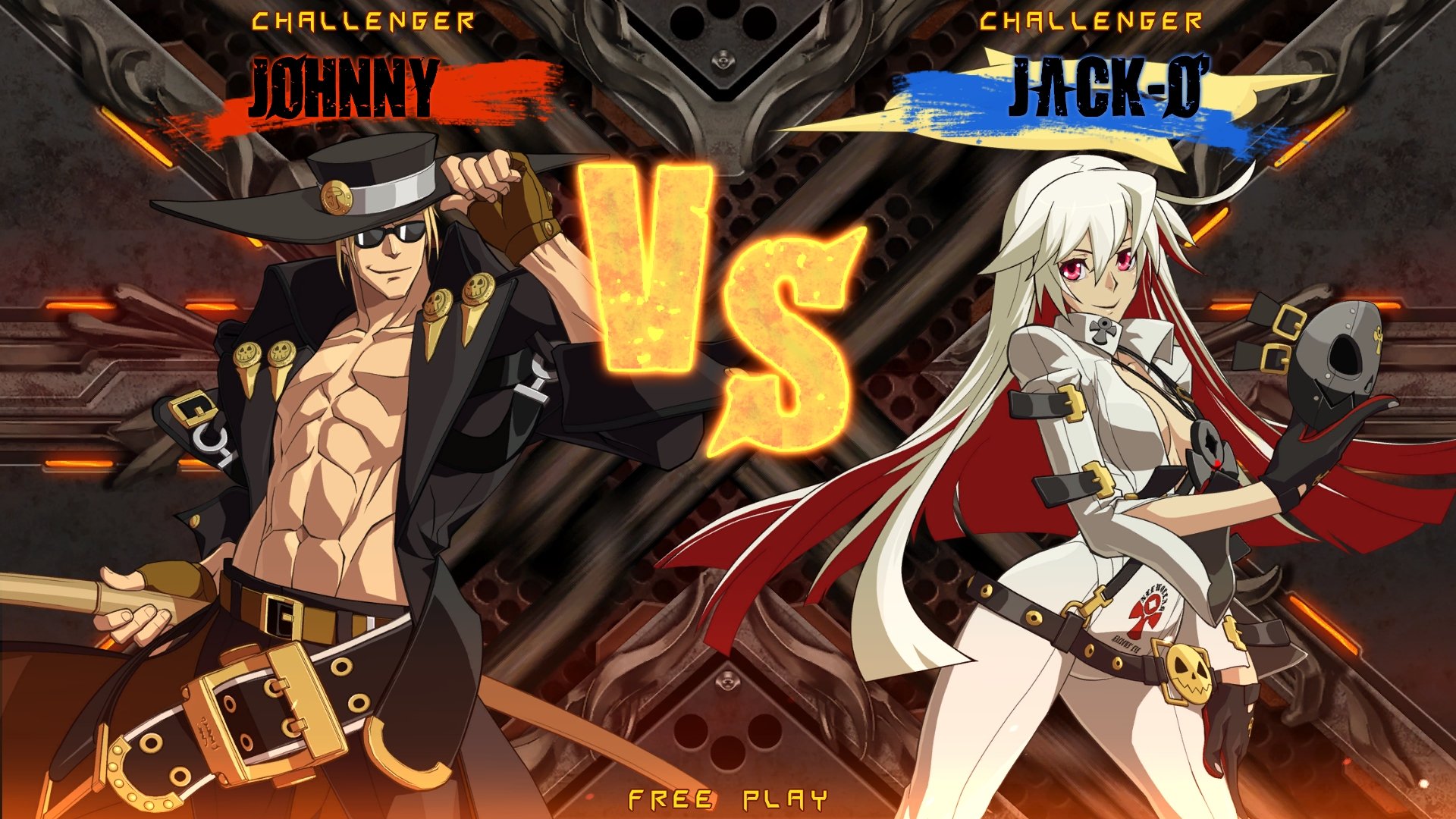 [For a full breakdown of the core mechanics of Xrd, read our original review. For what’s new in Revelator, carry on.]

Much like the “EO” (Easy Operation) system in the GameCube version of Capcom vs. SNK 2, Revelator has a concession for newcomers. Gatling combos have always allowed for a degree of finesse for newer players, but Revelator‘s Stylish Mode (from Arc’s own BlazBlue) is a cut above that. Essentially a tool for easily performing massive combos and helpful abilities in an instant (it even weaves in Overdrives), it slaps the player with a 20% extra damage debuff, and on top of that, it limits access to every move.

That’s key for technical characters who have modifiers on their attacks — Johnny for example won’t thrive with Stylish, whereas Sol might. It’s a neat tradeoff and a cool idea, and when it really matters (tournies), TOs can just set rules allowing for “Technical” — the traditional control scheme — as the standard. I won’t stick with Stylish outside of my testing here for the purposes of this review, but it was a nice crash course for acclimating to the new characters before I headed into the lab in earnest. Based on my testing at launch, the netcode seems to be on par with the original (we’ll update you if that changes), and the new lobbies, complete with a fishing minigame, are fantastic.

Speaking of, Jack-O, Johnny, Jam, Dizzy (with a caveat, see below), Kum Haehyun, and Raven join the fray. Jack-O might be my favorite of the lot, with her recognizable outfit, animated ball and chain (that she hilariously walks on while moving slowly). Somehow she’s even weirder than Faust. Her main gimmick involves setting down ghost generators, which constantly pump out adorable little minions to attack foes at various heights. She also doubles as the new tutorial instructor, which is highly improved as a result of injecting her minions in for a more natural, less remedial feel.

Kum Haehyun is an interesting character just from a lore perspective, in that she’s technically a ninja inside of a giant humanoid mech suit of sorts. Her exoskeleton is a bruiser, and although Kum’s style seems vanilla at first, her moveset grew on me and her animations fit the Guilty Gear universe to a tee (I love how she sticks her hand out to fan the mech when it overheats!). Kum also has mad projectile game, with massive energy balls that can be manipulated for cross-up potential just like Venom.

Then you have Raven, who sort of fulfills the “unstable” archetype (read: a caped man who licks his knives) with a dash of mysterious stranger. His slim build naturally allows for some quick movements, particularly with a long airdash. Raven’s moniker isn’t for show either, as staying up in the air and playing keep-away is key to his success, as is rushing in and punishing when he needs to. Aesthetically I’m not sure enough was done to really make him stand out, but he sports a risk-reward playstyle that I’m curious to further explore.

Criminally not included in Xrd, Johnny and Jam triumphantly return. This pair needs no introduction, and were sorely missed in the original cast. Johnny, a reactive character, has an answer for everything and amazing poke potential despite the fact that he’s melee-oriented. Jam is a rushdown fighter at heart who plays out as the polar opposite, with more finesse than most of the cast and combo potential from just about any state. At this point, outside of Kliff/Justice (for obvious death-related story reasons), Testament, and Baiken, the entire OG Guilty Gear roster is represented in Xrd (it’s weird to think Johnny wasn’t playable until X). 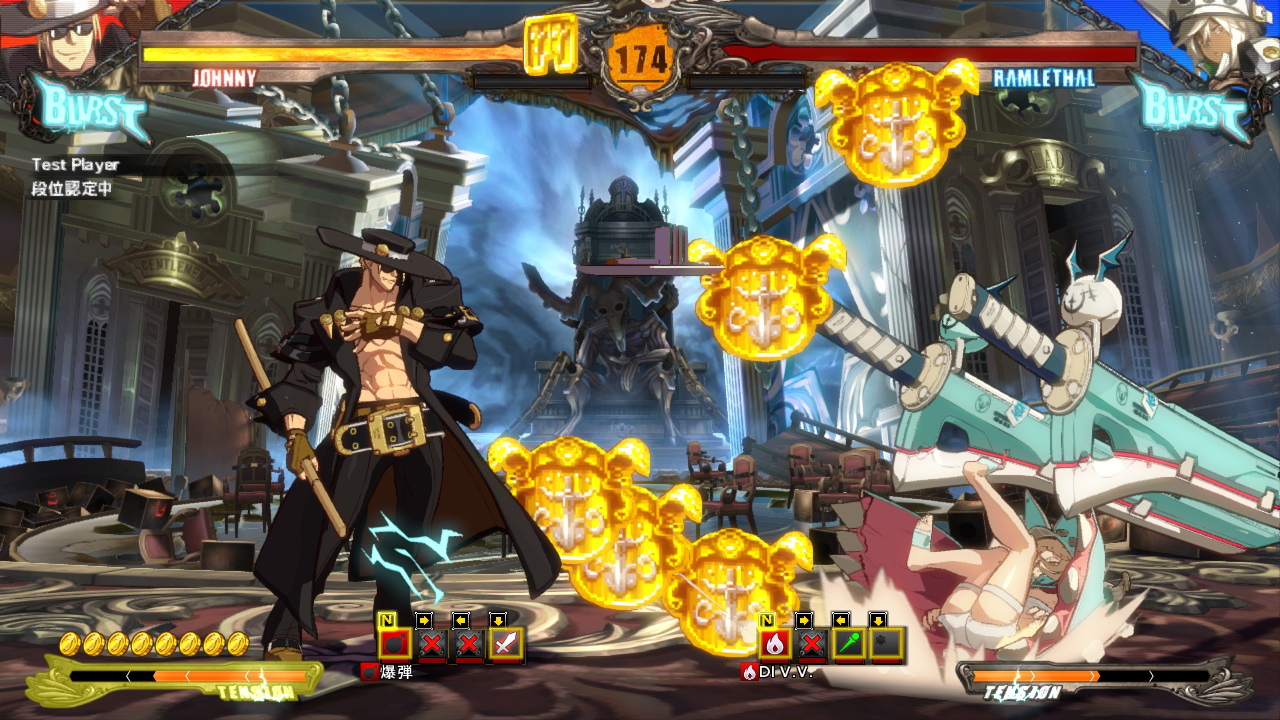 That’s not the best part, though. I can’t believe how well animated everyone is (Jam is more adorable than ever), and that this engine is still even functional given how gorgeous it looks. Plus that polish extends to the soundtrack. It’s just as catchy as ever. Without fail I’ve ordered another OST, which is something I only do several times a year. With all three prior DLC fighters included (Sin, Elphelt, and Leo), this is one massive roster clocking in at 23 characters. But that aforementioned caveat! Dizzy is not actually in the game yet, and will presumably be added in good faith at some point as the winner of the fan poll. “Bummer” doesn’t even begin to sum it up.

Which leads me to another big letdown. Even with a Revelator sticker on the front, Xrd‘s main problem is once again at the forefront — the non-interactive story. It’s still a movie, and this time, there’s not even an English dub (even though Xrd‘s had a great one), presumably to save time and get the update out inline with the Japanese console release. While it was easy to ignore the first time around, nearly two years later this non-starter of a mode stings a bit more. Sure, the core is just as strong as ever and arcade mode still exists, but even with that in mind, Revelator‘s new narrative isn’t even compelling.

Right now, Xrd proper is teetering around $30 or less — a little more if you buy all the DLC. It’s debatable whether or not Revelator is worth another full 60 bones on PS4 if you only lightly touched the original, but between this and Street Fighter V, I’m set for a long while. Plus, I’m sure all the “no Jam, no buy” fans don’t mind the $60 price of admission.