Back in 2012 I was whisked away to the land of Hekseville with Kat and Raven, and fell in love with a brand new low-key property from Sony.

Gravity Rush was everything I wanted an open world action game to be, and for several years, nothing outside of an appearance in PlayStation All-Stars indicated that Sony intended on returning to it. But here we are in 2017 and Gravity Rush 2 is definitely real.

I’ll make it easy for you too — consult your feelings on the first game, as they’re basically just going to be amplified with the sequel. 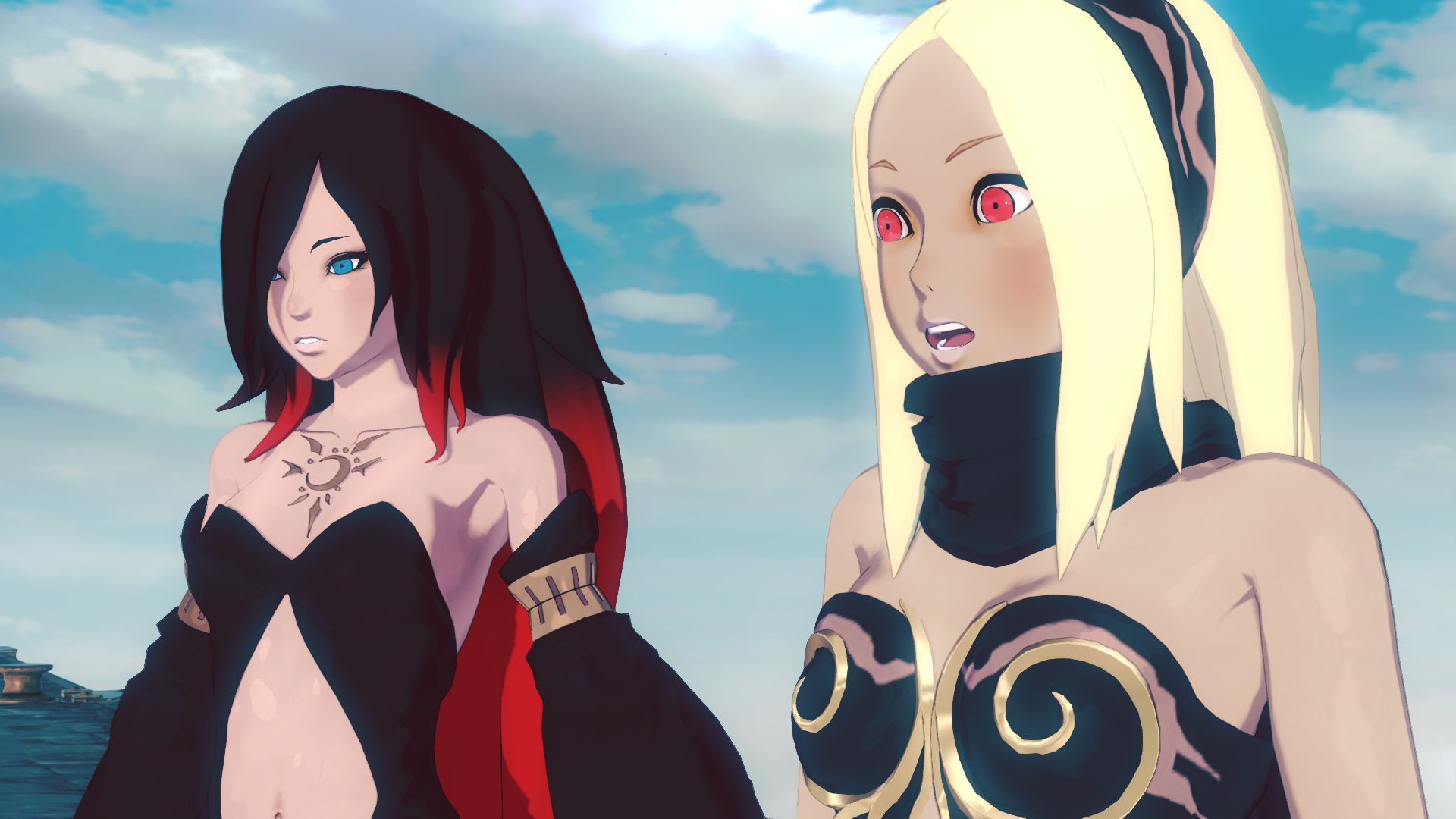 At first, I was little worried. Gravity Rush 2 attempts to open up with an off-kilter, oddly paced intro that simultaneously assumes you haven’t played the first with rampant tutorials, yet doesn’t provide much exposition or explanation from a narrative perspective. Even if you haven’t shifted gravity before it feels remedial. Never sour, just safe. But a lot of that fluff is just worldbuilding, because once Gravity Rush 2 lets loose, the charm hits in full force.

Kat has gone from the “Hekesville Gravity Queen,” a superhero in her own right, to a blue-collar miner. It’s an angle that doesn’t last long, but it’s a good arc that sets the tone for the rest of the game. This is all coupled with the bonus that Gravity Rush 2 doesn’t have a lot of the same baggage as the first. It doesn’t need to offload its story or premise of floating islands, political unrest, or the existence of the evil shadowy Nevi. They’re all just there, and you’re strapped in for the ride. In that sense it feels like an anime (which also exists!) — a Saturday morning adventure that you’re experiencing along with Kat and her companion Raven. Its comic book style scenes are a good way to move the story forward, and beat out static dialogue. They also fit stylistically with the hand-drawn exaggerated style, and I adore the instant transitions, running into an in-game door and popping into a comic.

The military antagonists also allow the team to explore some sociopolitical ground, backed by great writing. This is especially evident with Kat’s dialogue, which is frequently witty, and always weird. It cannot be understated how easily the writing lets in some levity, but also feels self-aware at times without getting too “meta” or meme-worthy like, say, Borderlands. I actually had a moral quandary with one of the game’s choices, and it wasn’t something stupid like the “kill a cat/save a cat” or boilerplate “this is good/bad” style found in games like Fable or inFamous.

Oh, and it’s still gorgeous, more so given that this was built from the ground up for the PS4. There’s some pop-in but I’ve always been bigger on draw distances, especially with a game that puts such an emphasis on traversal like Gravity Rush 2 — I love being able to see where I’m headed while boosting into the sky. The bigger supporting cast makes it all feel a little more adventurous, coupled with a gigantic map and several other areas that I won’t spoil here. While most of the gameplay systems are the same, it does iterate in that sense.

Speaking of, R1 is still “float in the direction you choose,” L1 is still the drop/cancel gravity button, and most of your fights involve liberal use of a single attack button with the occasional special ability. But as simplistic as it is, the real draw is how damn fluid everything is, alongside of some tightening up of the controls from the last game. Kat doesn’t just float, she falls with style, as every single ability has a degree of care put into it.

The operative “gimmick” is several new styles, like Lunar, a swift playstyle focused on aerial combat, and Jupiter, a brawler stance. It adds a little more nuance to the previously mash-heavy action, and of course, swapping styles also changes up Kat’s look. It’s a perfect, elegant solution for people who wanted more, but it doesn’t cram so much in that it feels bloated. I’d often find myself swapping styles just to roam around the map, and not for any particular gamey reason. 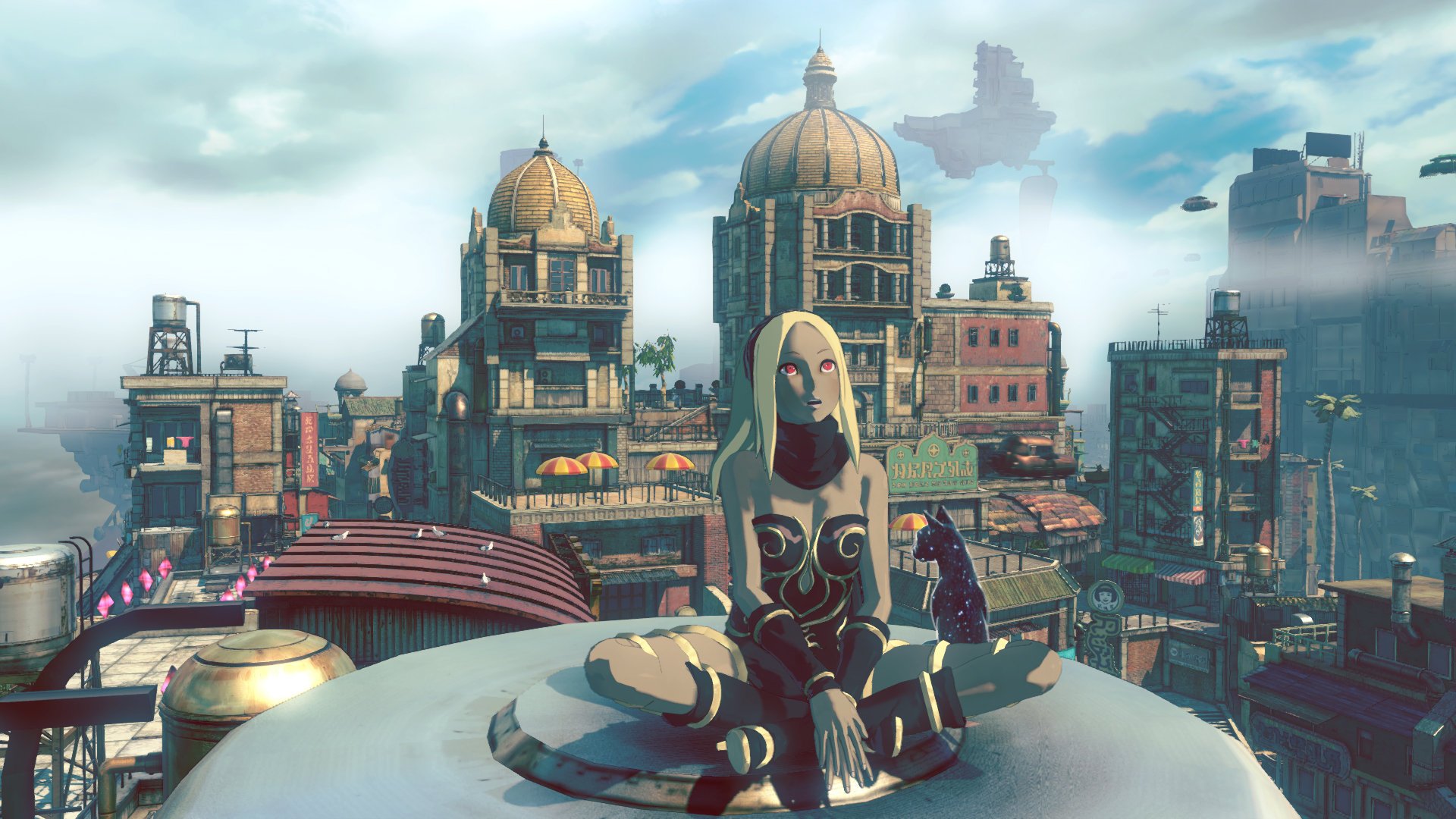 That random roaming is enhanced by one of Gravity Rush 2‘s new online components, treasure hunting. When I first heard that asynchronous elements were going to be added I figured I’d ignore them, but after giving them a go I got addicted in a big way. In short, any player can take “hint” pictures for others to locate treasure chests and send them into the online nether. Once you locate a chest (which is usually a good reward, like a stat-boosting trinket), you can take your own photo hint, and the cycle begins anew.

I have to emphasize again how diverse the map is. There’s a lot of distinct themes in the sequel, all of which feel unique compared to the mostly shanty nature of Hekseville. Each treasure hunt, random happenstance, or trial (score attack) activity can offer a brief respite from the main campaign — which is well-paced and lengthy in its own right.

Gravity Rush 2 is the kind of game that makes me want to do everything. If there’s more DLC beyond the upcoming free Raven campaign, I’ll play it. If there’s some uncovered secret or time trial I haven’t done yet, I’ll find it. Now that the series is unchained from the ill-fated Vita, I hope it gets the recognition it deserved the first time around.