For the past few weeks, I’ve been booting up Grand Kingdom on my PlayStation Vita for about an hour or two a night. The demo immediately hooked me with its absolute beauty and its unique take on tactics in a role-playing game, leaving me to wonder if the full game could be my next big obsession.

It’s not, but I can still see myself playing this for many months to come. 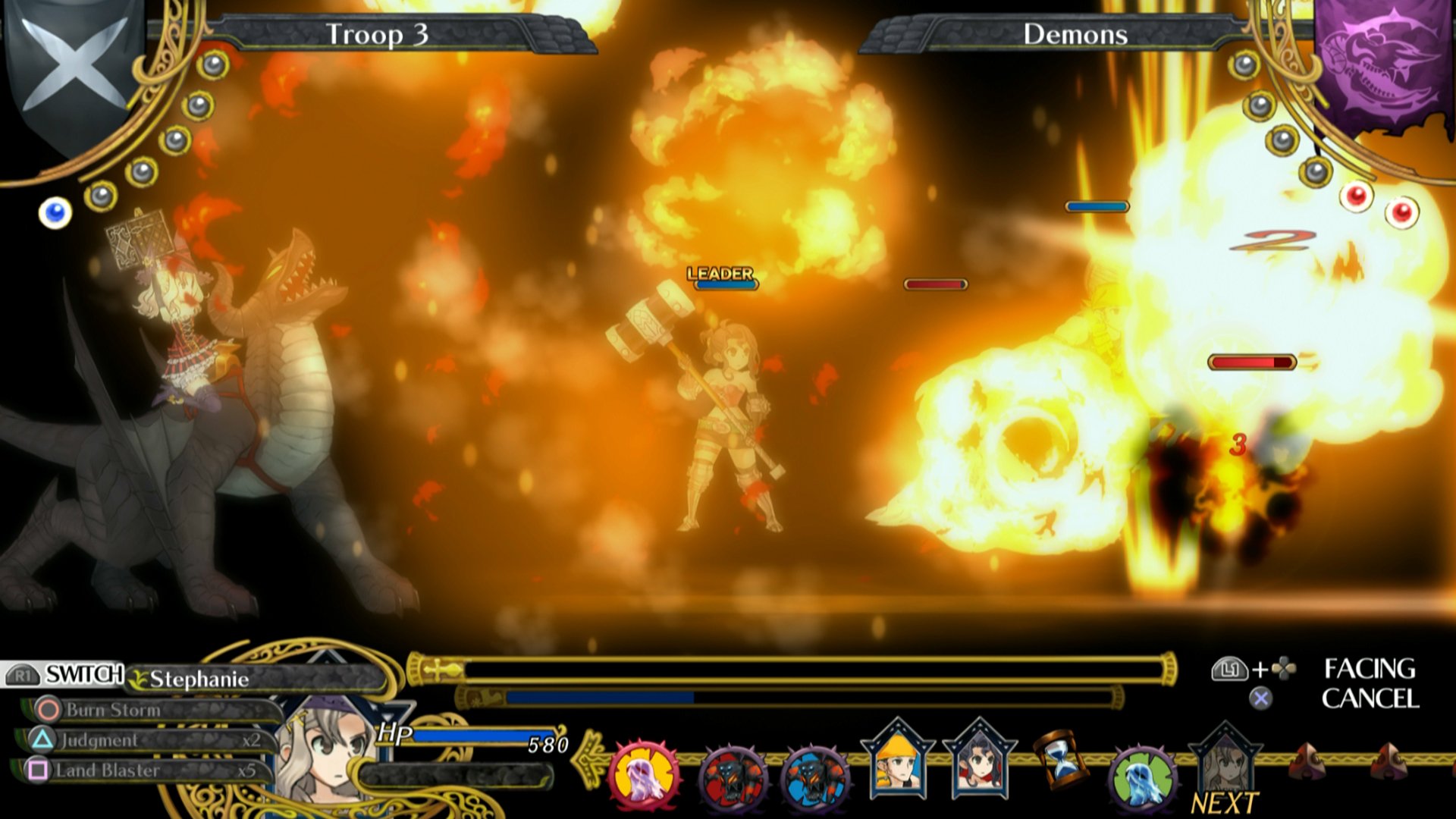 Grand Kingdom takes place in the midst of a great war between four factions striving for control of Resonail in the absence of the once-powerful Uldein Empire. You are the leader of a group of mercenaries who fight for the guild, a for-hire organization in the center of this conflict. Accompanying your team is Lillia, your liaison with the guild, and Flint, who doesn’t really do anything except hype you up, get plastered, and do his best Bob Kelso impression when he constantly calls Lillia “sweetheart.” He’s basically the Turtle of your group; you know, the Entourage kind.

Right off the bat, I like how Grand Kingdom interacted with me. When addressing the boss, aka yours truly, characters looked at the screen as if I was actually a person in the game. It may be unsettling to some, but it helped immerse me in a campaign that is about as forgettable as they come. This isn’t the type of RPG with a strong story to see you through. Instead, gamers who enjoy carefully crafting the ultimate fighting force will get the most of what it has to offer.

There are only have a handful of classes available for hire at any given time, meaning you may have to come back to the game multiple times to get the desired class. It only took a few days of logging on to get the awesome Dragon Mage (who I of course named Daenerys) pretty early in my adventure. For the classes that aren’t readily available, you can get a first-hand look at what they can do as you’ll most likely face them in battle. Seeing the Gunner and Shaman classes in action greatly whet my appetite for when I would eventually gain access to them.

The campaign is broken down into a series of quests, and each quest takes place on a board-game-style map. You have a certain amount of paces to reach the end of the quest, otherwise, you lose. While running out of moves wasn’t an issue in any of the main story quests, I found myself failing several times on sidequests before I got the hand of board management.

Similar to Code of Princess, the turn-based combat in Grand Kingdom takes place on a three-plane map that will have you jumping from the foreground to the background, positioning your character to strike. You can have up to four characters in your squad at any time (or three if you have a Dragon Mage). Each has a limited amount of movement available to them, so you can’t just run anywhere you want to. The more energy you spend moving, the less you have remaining for your attacks. I appreciate the restart feature that let me start my character turn over again when I often found I had moved to the wrong space on the map and run out of energy. 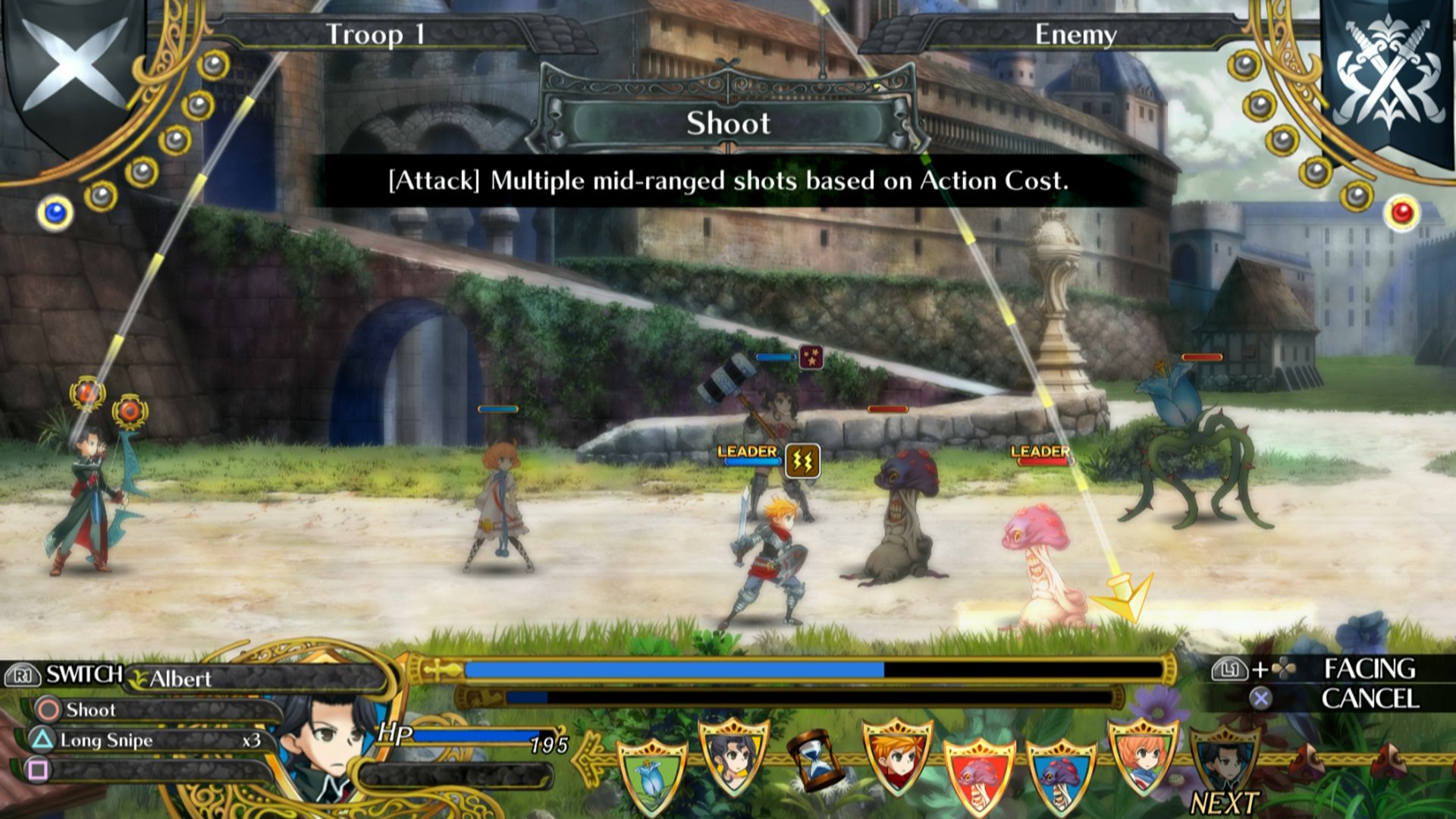 If you’re not using any of your special skills, attacking enemies requires precise timing for maximum damage, whether you’re unleashing a combo with your sword or raining fire from the sky. Each class has a limited number of action spots available for offensive and defensive moves. Technical characters, like medics or arcanists, have up to six slots, while melee classes can have six or three depending on the control style you choose. If you go with the simple, three slot set-up, one of those slots will be for a one-button attack combo you can adjust to fit your preference. I preferred this style, but those who want to change up their combo at will should probably stick with the technical control style.

The different character classes factor heavily into curating the experience just for you. Some classes lay traps for your opponents or block their movement with hazards while others can bring the pain on multiple planes at the same time. You can also customize your starting side of the map to make it more difficult for the enemy to reach you, or to give you a height advantage. There’s no wrong way to build your team, but beware, friendly fire is a real threat and I occasionally ended up killing my comrades.

Battles won’t be that different from one another, but if you come to love how it plays you’ll find a hell of a lot of game here. You have the main campaign, four additional campaigns for each of the warring factions, dozens of additional side quests, and maps you can unlock with no step counter so you can play as long or as little as you like. This was so helpful in leveling up my weaker forces and preparing my troops for war. 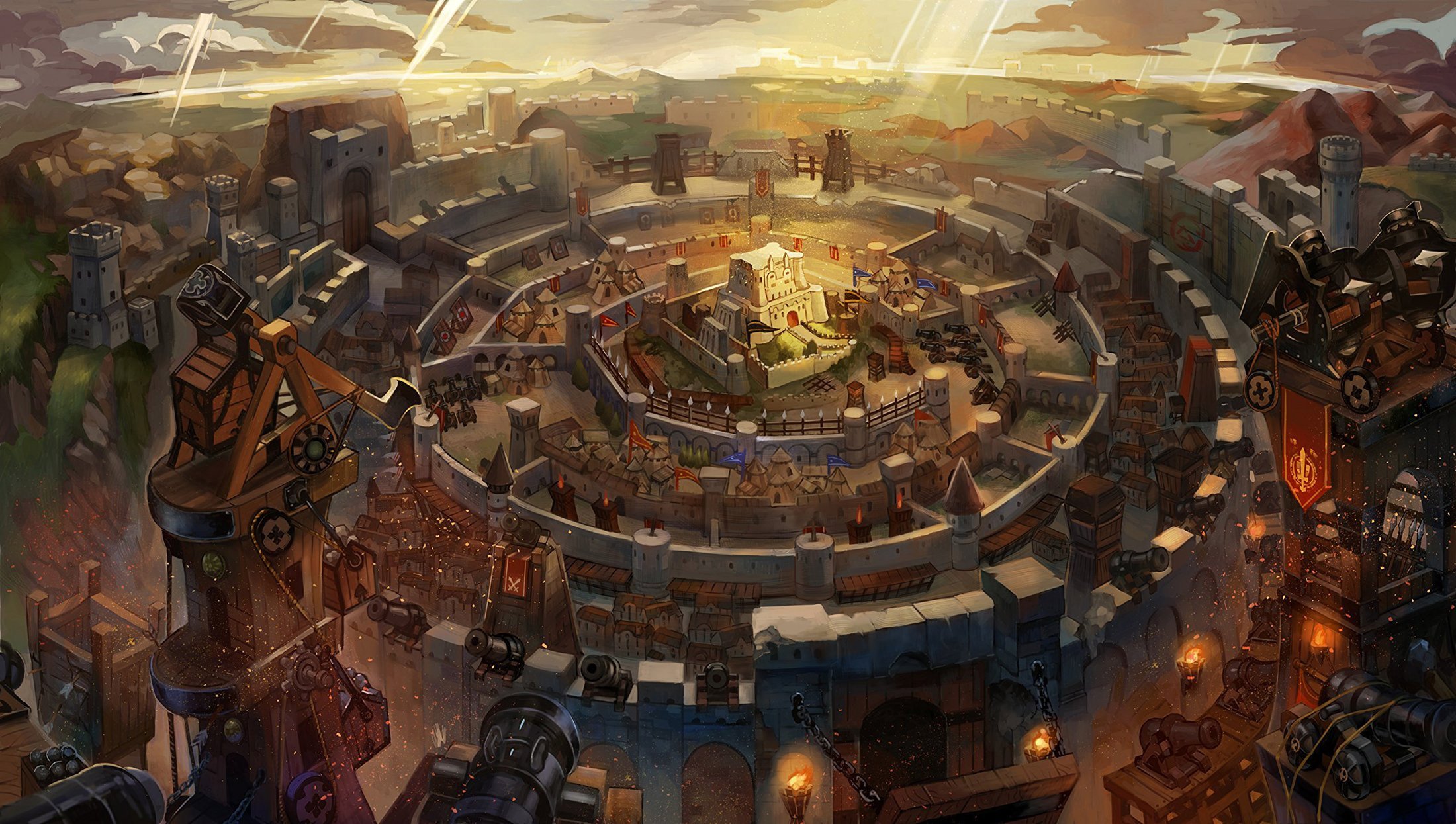 If you plan on getting this game, get it now because the biggest draw relies on an internet connection and there is no telling how long the servers will be up. In the “Wars” component, you attach yourself to one of the four factions and go to battle against whoever it is the nation is fighting. Wars are pretty short and you can sign a contract for one war or several. While at war, you and other players will work to annex territories for your nation by engaging in fights on massive battlefield maps. You defend strongholds, tear down enemy camps, and wipe out any opposing forces that get in your way. You can either do the fighting yourself or deploy a squad out to do it automatically. Fighting in these wars is the only way to get weapons and gear exclusive to the different nations. It was great fun working my way across these maps, destroying everything whatever crossed my path… for a while.

It really didn’t take that long for everything to start wearing a bit thin. The shallow pool of enemies became too repetitive before I had finished the first campaign. This lack of variety had me zoning out, simply completing play sessions on muscle memory and not any sort of strategy. I admit I could use a break from the game and its frequent load screens, but I do see myself coming back to it from time to time to contribute to the war effort. 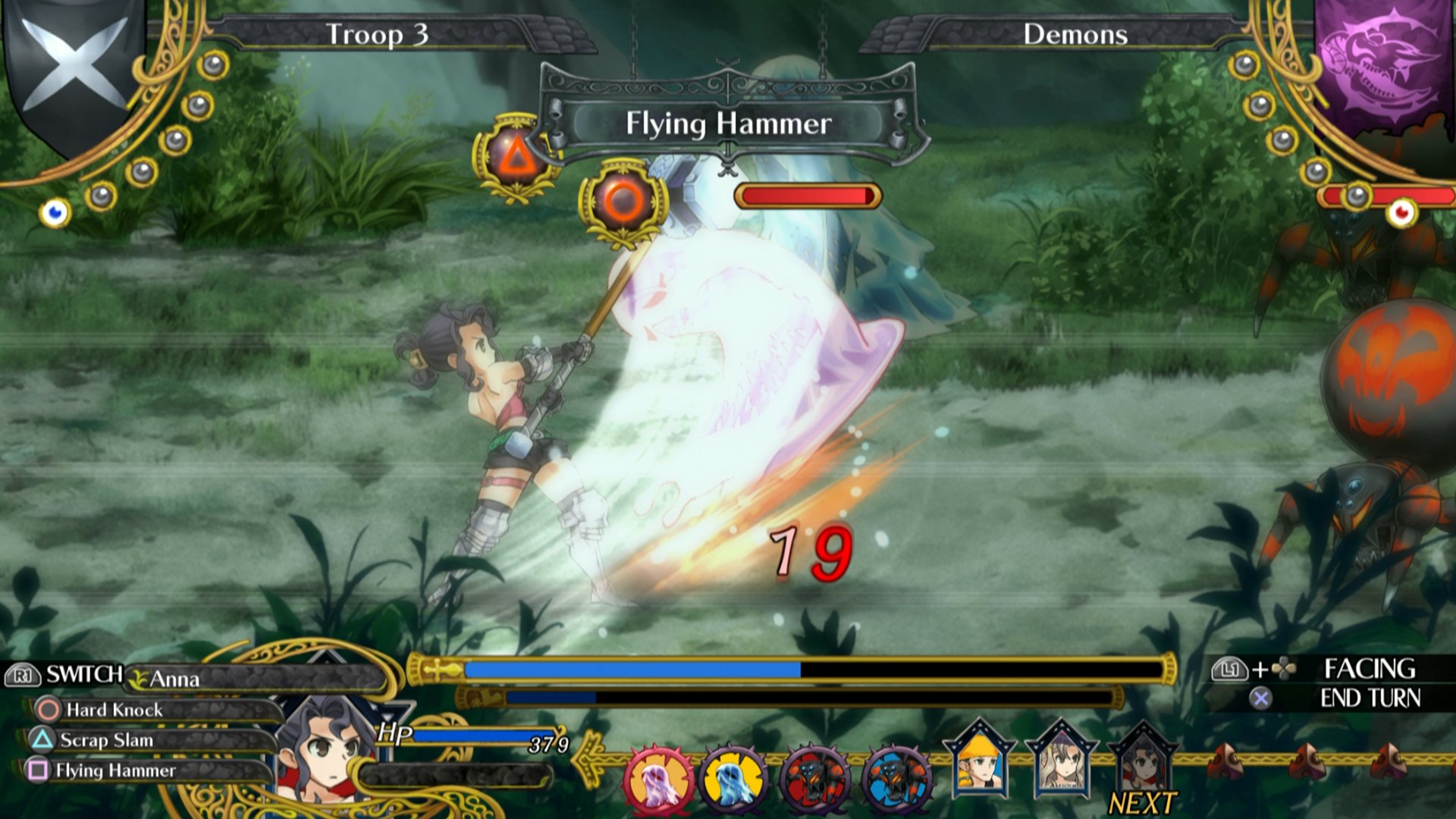 Grand Kingdom is unlike any other tactical-RPG on the market that I know of. For $40, you’re getting an adventure that can last you weeks if not months, though you may tire of it before you see everything it has to offer.