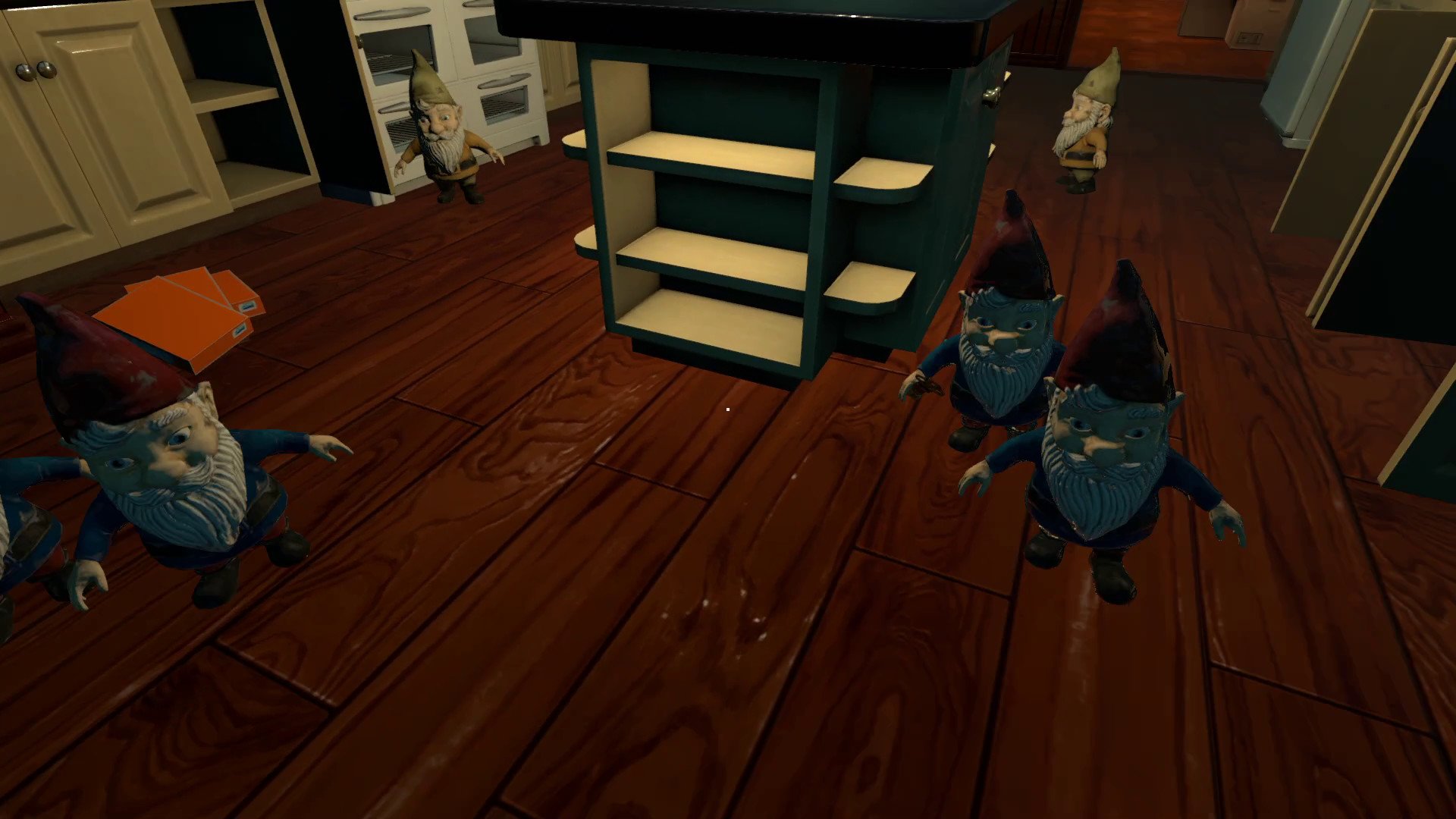 Buyer beware, you’re in for a scare

Like Brett, I was obsessed with the Goosebumps books as a kid. Growing up, that obsession pretty much never died.

I’ve caught most of the TV shows (even Haunting Hour), the two recent Jack Black feature films and pretty much everything in-between. But even as a Goosebumps diehard, you’ll want to skip the hastily adapted Dead of Night. 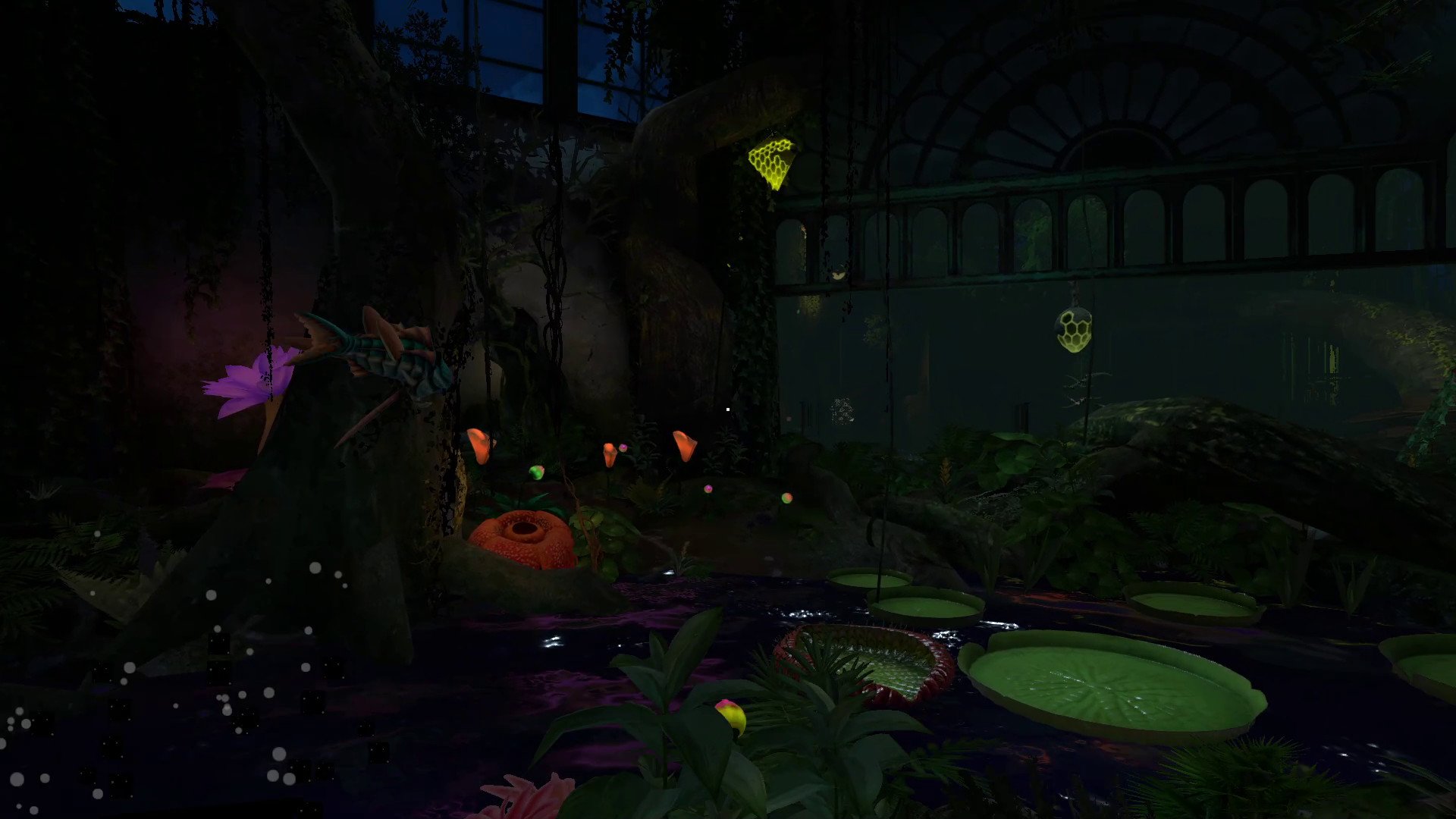 Described as an expanded version of the mostly well-received (and VR-enabled) Night of Scares, Dead of Night is actually a devolution in just about every sense.

In theory, I love the premise, which is (at first) borrowed from Scares. Playing as silent protagonist “Twist,” you enter Goosebumps author R. L. Stine’s seemingly abandoned house, only to uncover that the evil Slappy dummy has unleashed hell on Earth; freeing Stine’s horror creations from the confines of his books. It’s your job to find hidden pages all across Stine’s home and capture Slappy.

From there, the game plays like a first-person free roaming Five Nights at Freddy‘s. Pages are tucked away behind objects and in cabinets, but the hunt is only half the battle, as you’ll need to stave off (and hide from) a bunch of enemies with different mechanics. That includes a killer clown that only hunts you when the lights are off, a zombie that roams the upstairs, a werewolf that patrols the downstairs and mischievous lawn gnomes.

In theory, I actually dig the multi-faceted enemy puzzle approach. Having to keep the lights on (while the gnomes are running around and flicking them off) is kind of fun, as is the scavenger hunt gimmick. The house should have been the entire game which has a certain cheeseball feel to it (accompanied by less forgiving faded visuals). Amazingly, Jack Black (who plays Stine in the films) is a credited voice: so this is legit JB we’re getting here, not Mick Wingert (who occasionally moonlights for the actor for projects like the Kung Fu Panda TV show).

Unfortunately, the literal and figurative house of cards completely topples after about 20 minutes. Instead of sticking with that formula, Dead of Night is three micro-games in one, spread across a triple-act layout. The house segment quickly ends in about half an hour (abruptly and with no payoff mind you), then you’re off to Dr. Brewer’s garden and a giant Tesla Tower (the finale of the second movie). Each of these locations lasts around 20-30 minutes apiece and then you’re done.

If the house portion was Five Nights, the garden is a run of the mill point-A-to-point-B walking sim and the tower is a janky first-person shooter with light puzzle elements. It’s just a crying shame as these two bits of the game feel like complete wastes of time, yet somehow overstay their welcome simultaneously.  By the time I was running around a factory setting gunning down evil gummy bears (also from the second film) with a Tesla gun, I started to question my reality. 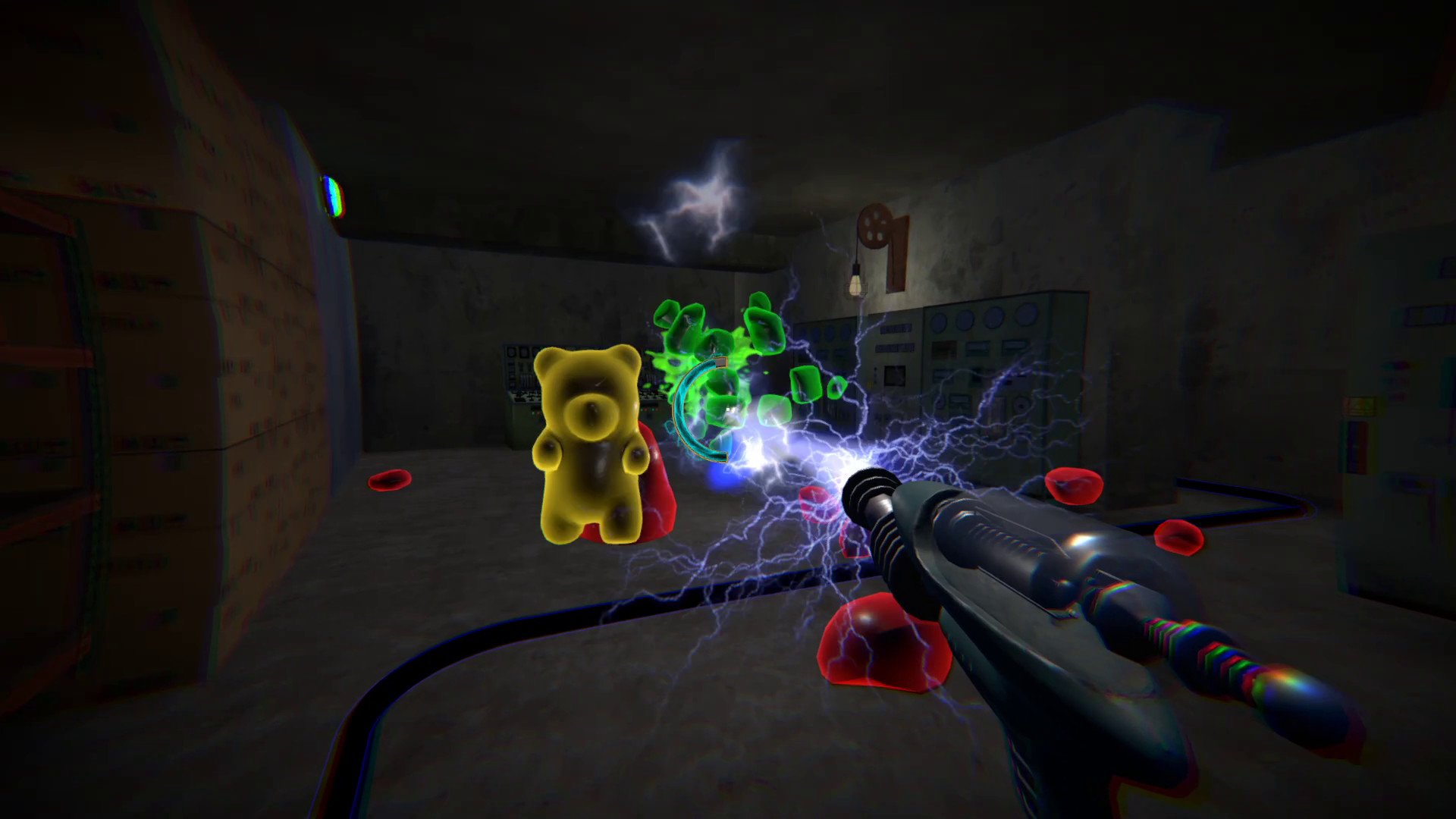 My wife, another big fan of the books, was casually watching me play and decided to bake cookies near the end of the second act. When she returned and saw me moving Tesla lasers to try and solve a Resident Evil style light puzzle, she asked “what does this have to do with Goosebumps?” My reply: “I…don’t know.” That final act lasts around half an hour like the others and then you’re done: Slappy’s head pops off (not really a spoiler!) and then the credits abruptly roll. If you spent $40 bucks on it, it’ll feel more chilling than most of Stine’s actual tales. It’s such a disappointment.

I can just imagine some kid saving up their allowance to buy this pricey meatball and crying afterward: if you’re reading this, don’t do it, Timmy! If you want your Goosebumps game fix, stick with the slick, lovingly-crafted 2015 adventure game that’s $10 or less on more platforms.