An action-adventure gem that requires some patience

It’s taken Golem longer than expected to make it onto PlayStation VR, and I worry that for some people, the game missed its window of opportunity – that it’s going to seem like too little, too late. VR is a fast-moving field, after all. What worked in 2017 or even 2018 doesn’t necessarily shine as bright in 2019.

That’s where my headspace was at coming into reviewing Golem. I heard about the game years ago, knew the basic premise – that you play as a housebound young “dreamer” who controls hulking golems in a cordoned-off city – and was just reminded of its existence last week when it launched on PS4.

In the end, I can’t say I was blown away, but I am impressed with what Highwire was able to pull off. For those of us who still use our PSVR headsets, Golem is a sword-clashing adventure worth exploring. 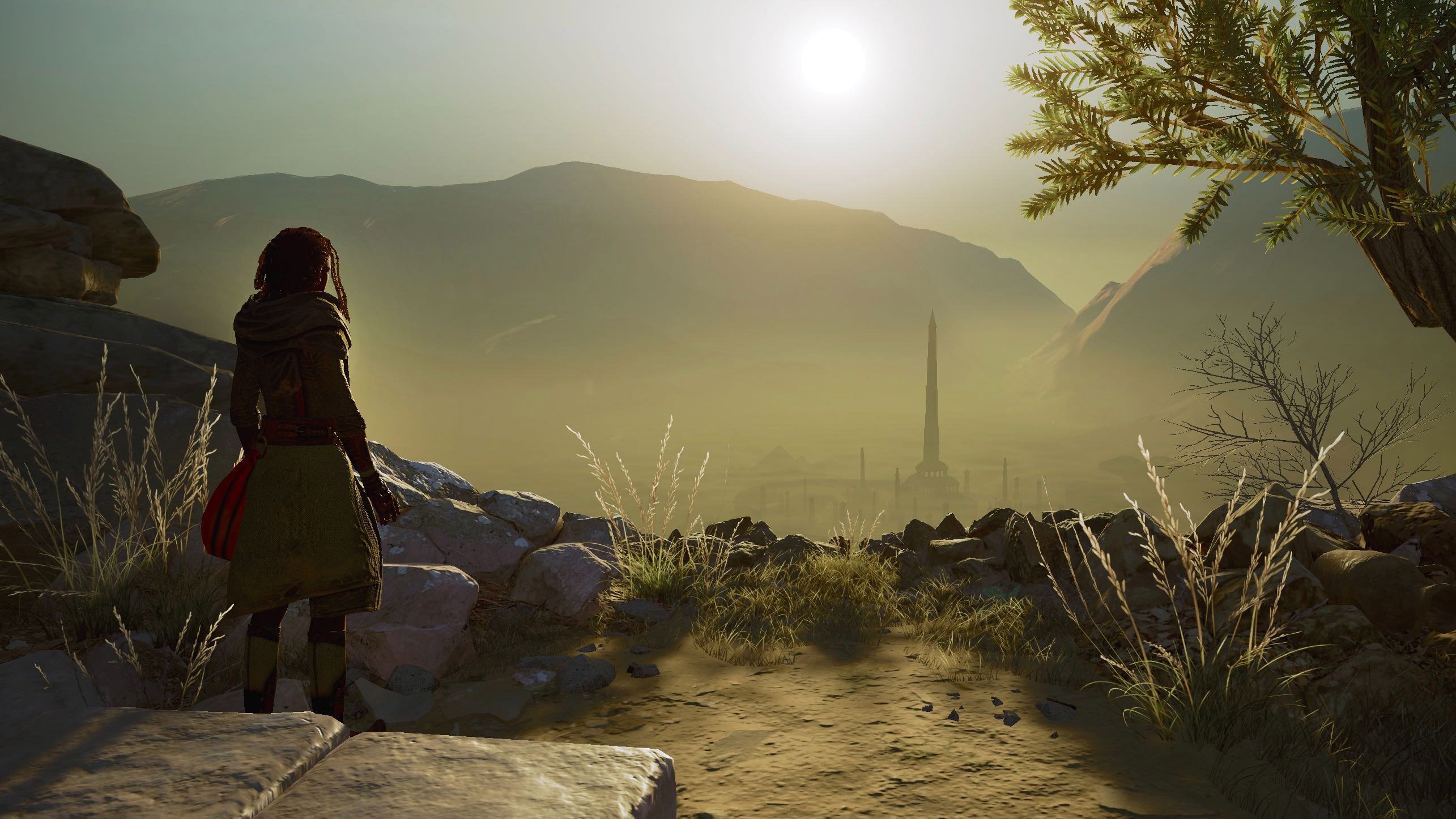 After a slow-burning intro in which we get to know protagonist Twine, her teenage sister, and their stern but caring father, Golem offers a morsel of what’s to come over the next six to seven hours.

While you technically play as Twine for the duration, the majority of your time will be spent looking – and dueling – through the eyes of a giant stone golem that’s able to go where humans cannot: an ancient city full of valuable relics (and other golems who aren’t so friendly). There’s more backstory to uncover further into Golem, both in a micro and macro sense, but that’s the gist. When you aren’t trudging along, looking for the next shortcut to open up or artifact to pilfer, you’re probably fighting.

There’s a satisfying action-adventure wrapper in here, especially for people who love just-hidden-enough collectibles that serve a storytelling purpose, but the core of Golem is its one-on-one sword-fighting. You’ll twist and turn your arm and wrist at high speeds to deflect swings and counter-attack when the time’s right. The combat is thrilling; it gets my blood pumping. Even with a hardier health item to back me up and a far-reaching halberd, I still feel tension when facing the lowliest golems.

That’s the idea. Death is meant to be consequential. When you bite the dust in Golem, you’ll lose your currently-equipped gear and start back at a central point in the city, so it pays to play cautiously and keep an eye out for shortcuts at all times. I never once “ran out” of crucial items, but I worried about it!

A word of caution: this is going to be one of those VR games where everyone’s results will vary depending on their setup and their comfort level. For me, the hand tracking worked wonderfully – at least most of the time. I definitely lost a few skirmishes that felt unfair, and that can sting pretty badly when it’s a long walk back. There’s also the game’s novel movement system – to walk, you lean your head forward while holding down the trigger on your PlayStation Move – and the whole game-within-a-game conceit. For added immersion, Twine’s room is visible in your periphery when you’re a golem.

With or without VR experience, it’s a lot to take in. I needed a good hour-and-a-half before I was truly comfortable. But once everything clicked, I was seamlessly walking around and fighting using a single PlayStation Move controller. (Alternatively, you can hold a DualShock 4 in your other hand, but that control scheme isn’t ideal.) Best-case scenario, your golem will feel like an extension of your body, and that’s ultimately where I landed once I learned the quirks and how to work with them, not against them.

Beyond all the hectic duels, the quieter moments spent exploring the city are fun in their own right thanks to well-layered world design and a brilliant, serene soundtrack from Halo composer Martin O’Donnell. I don’t really care to track down every last relic, but I’ve gone out of my way to try and find all the collectible echoes – short audio messages from Twine’s mother that help fill in the story gaps. 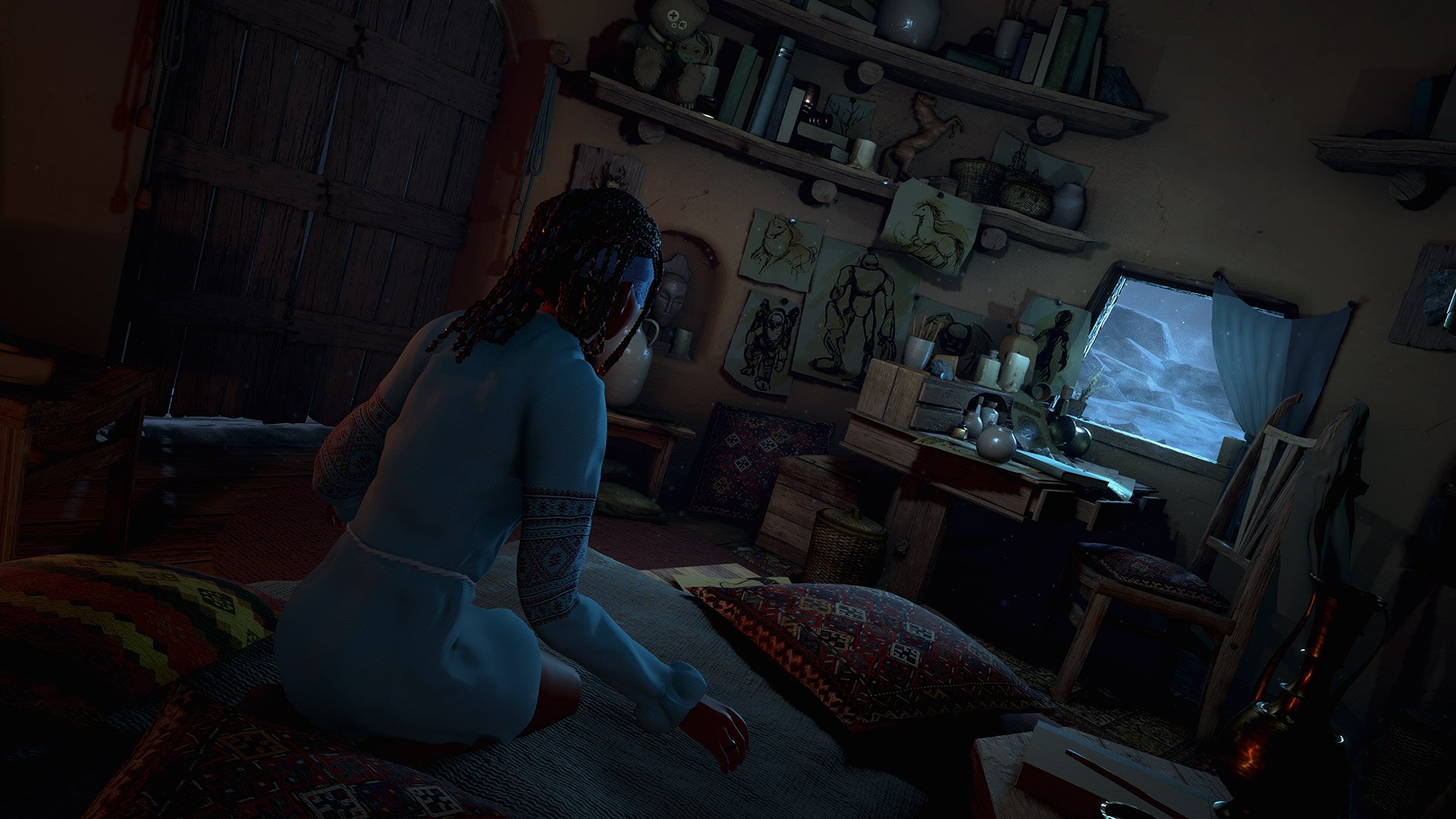 Golem‘s scope is just about right – no VR qualifiers needed. It feels like a full experience. Another enemy type or two could’ve gone a long way (the pesky spear guys aren’t enough), but I’m mostly happy.

I want to duck back in for a couple more hours at some point, and hopefully the tracking oddities will have been smoothed over by then. It sounds like Highwire is looking to add more control options, too. If you’re in any way unsure about the current controls or possible discomfort, I’d advise caution.

When everything comes together, Golem has some of the best PlayStation VR combat I’ve played, and a story worth hearing. When it’s off, even a little, frustration follows. If you can tolerate backtracking and don’t mind dealing with occasional VR tech idiosyncrasies, you’re gonna have a grand time.