“I don’t know anything about it,” said of God of War III producer Stig Asmussen of a God of War I/II Blu-ray collection, “so I don’t think it’s likely it’s gonna happen.”

That was at E3 earlier this year. Months later, Sony announced the God of War Collection, a single Blu-ray disc containing both titles along with visual upgrades for the PlayStation 3. So Stig is really good at bluffing, or Sony didn’t invite him to some meetings.

Either way, I’m certainly glad he was wrong.

The first God of War and its sequel are arguably some of the best third-person action titles to grace any platform, and easily the high point of Sony’s strong first-party PlayStation 2 line-up. While the basic concepts and gameplay mechanics found in both titles weren’t particularly revolutionary, they were executed near-flawlessly, with epic style and satisfying combat that’s still being mimicked by developers today.

For fans of intense and brutal third-person action, both titles are musts for the collection. So when Sony pulled backwards compatibility off its PlayStation 3 features list, keeping the PlayStation 2 in your living room would be essential — leaving these classics (among others) behind would be foolish.

With God of War Collection, Sony makes its first case for being able to ditch your last-gen PlayStation by putting both God of War I and God of War II on one Blu-ray disc. Of course, Sony could have stopped there and the appeal of the package would have been undeniable. But it didn’t, instead “remastering” both games to take advantage of the PlayStation 3 hardware. 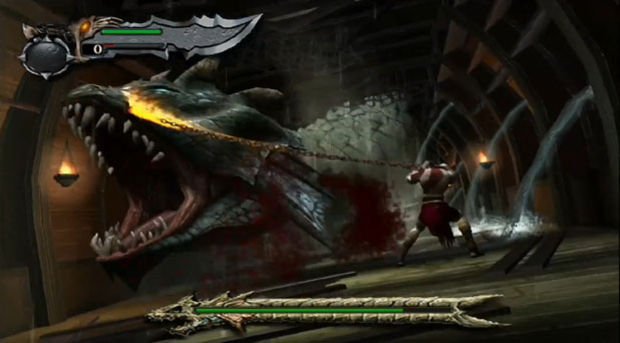 Both titles have had a resolution bump, supporting 720p, fancy anti-aliasing, with a frame-rate locked at a smooth 60 frames per second. Both games look about as good as you can expect, considering both are ports of PlayStation 2 titles which were designed with a lower resolution in mind. Both titles look great running in high definition, but it’s unlikely you’ll be knocked back in your chair by the upgrades at first glance.

In fact, for those who played both titles on the PS2, you won’t see much of a difference at all. You probably remember them looking beautiful running on the PS2, and this is a testament to the work the original teams did on both titles. Carefully made artistic choices, breathtaking sets, and epic design truly pushed the PS2 to its limits.

It’s not until you compare the games side-by-side that you truly see the remastering work done for the God of War Collection. You may almost forget you’re playing PS2 ports, especially while playing the sequel, which still stands as one of the most technically marvelous games on the PS2. 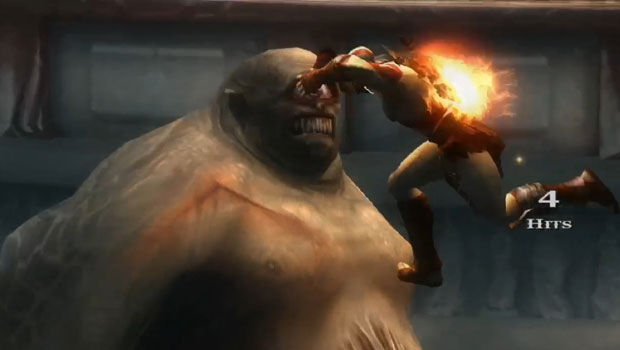 As icing on the cake, full sets of trophies have been added for both games, which may provide that extra incentive for God of War veterans to give the games another go on the PlayStation 3. (As if they games being incredibly fun and completely engaging isn’t enough.) They range from run of the mill (collect this thing, kill that thing, complete this other thing) to speed runs or other challenges off the game’s beaten path. Depending on how much you’ve bought into the whole Trophy thing, this may or may not be a selling point for you, but it certainly doesn’t hurt that they’ve been added to this great package.

All of the extras from both titles are also included on the disc, which is likely the real reason you’ll want to complete all of the game’s challenges — the extras offer both a revealing peek at behind-the-scenes production, as well as backstory and narrative clues that tie things together. A huge handful of (somewhat spoilerific) God of War II production videos (and “deleted scenes”) are even viewable from the PlayStation 3 XMB, as long as the disc is in your drive.

With both games being direct ports, you’d imagine they’d play the same, and you’d be mostly right. I did run into a few problems using the PlayStation 3’s SIXAXIS/DualShock 3 controller, which has slight differences in design from the DualShock 2 the games were designed around. 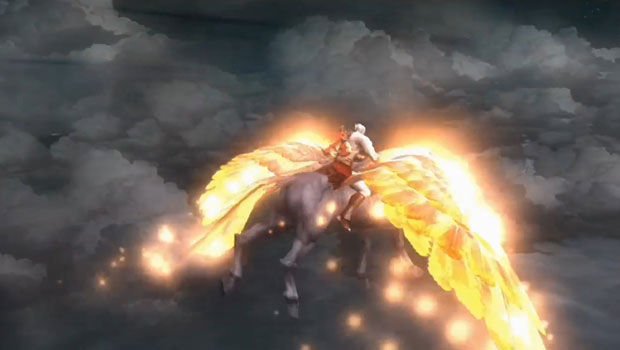 Some of the game’s quicktime event prompts require quick pressing of the R2, which — unlike the flat button found on the DualShock 3 — is now a trigger that takes a bit longer to pull down all of the way. For whatever reason, I also found my fingers slipping off the DualShock 3 analog sticks, which seem to have less grip than the DualShock 2. This was particularly frustrating during some of the game’s “box moving” puzzles, and made it a bit more difficult than I believe they were intended. Neither of these things truly ruin the game experience, and admittedly may seem like a bit whining on my part, but I feel they at least warrant a mention.

You might note that I haven’t talked about either of the games specifically in this review. For more details, check out our God of War II review. It should be noted that God of War II recently made our “Top 50 Videogames of the Decade,” and it wouldn’t have been a stretch to also include the original somewhere on that list.

The point is, while neither game is perfect (weird camera angles plague the first game, particularly; some could argue that combat is “repetitive”), they’re easily some of the most entertaining games in the genre. Each title is packed with action and some of the most epic boss battles in any game to date, tied together with a compelling story that you’ll definitely want to catch up with before God of War III hits shelves in March 2010. 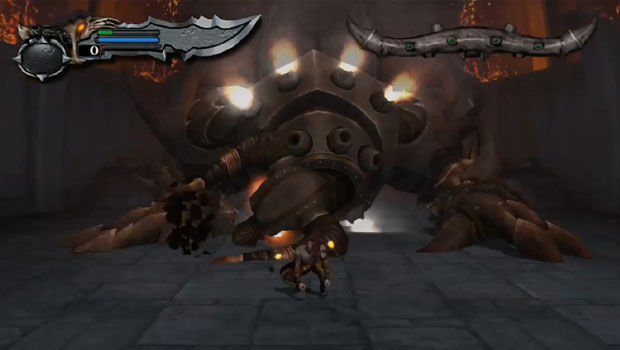 At $39.99, you’d be foolish to pass this collection up. If you haven’t played them, know you’re getting an amazing value for you money — two shining examples of excellence in a genre for less than the cost of a single next-gen title. If you already have God of War I and God of War II in your PlayStation 2 collection (and own a PS2 or backwards compatible PS3), this is a bit of a harder sell, and your hesitance is understandable.

But truly, there really is no other way to experience these games on your HD television than with God of War Collection. Anything else is really doing yourself a disservice as a gamer.