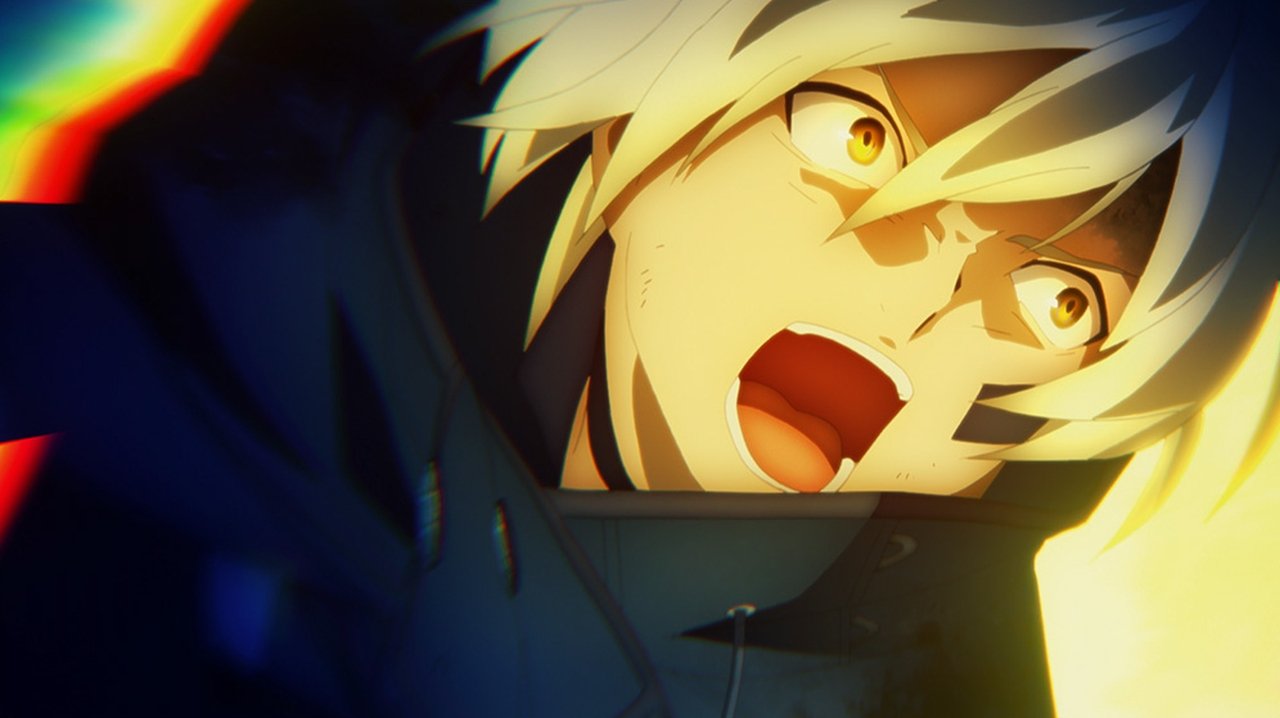 Though it never quite left Monster Hunter’s long shadow, God Eater thrived by offering players intimidated by that game’s infamous levels of busywork a speedier, streamlined alternative dressed in sexed-up sci-fi anime style, without compromising the genre’s core appeal of mastering an arsenal of huge weapons and carving an armory’s worth of gear off the corpses of large monsters.

God Eater 3, for its part, was hyped early on as a “rethink” of the series’ values, ostensibly to reorient the franchise around what they felt players wanted out of a game developed natively for current-generation platforms (the most recent God Eater titles being of PS Vita lineage). To that end, Bandai Namco even switched development houses for the project, from God Eater’s original stewards at Shift to Marvelous’ First Studio, under Soul Sacrifice veteran Ittetsu Suzuki.

To hear all that would imply much has changed between installments, but after playing the game, I can’t help but wonder just what’s different this time around.

In all honesty, when I wrote my initial impressions of the game, I hadn’t known that First Studio was on God Eater 3’s case rather than Shift, and had I never found out, I’d just as easily assumed the new game came from the same hands that made the old, so similar are the experiences. If, during the course of this game’s development, the team at First Studio really did try to “rethink” God Eater’s core gameplay, I can only imagine that they came to the conclusion that things are mostly fine the way they are.

I’m actually inclined to agree! I liked the way God Eater played, and First Studio has delivered more of that, with some meaningful expansions on the changes wrought by God Eater 2: Rage Burst. Translated, that means that God Eater 3 is still the same speedy, action-heavy hunter as the previous games were, now with an additional emphasis on moving quickly, thanks to a new Dive maneuver that can cover an entire stage in just a few leaps.

As before, players step into the improbable clothing of the titular God Eaters and use their massive transforming “God Arc” weapons to chop bits off of monstrous Aragami creatures, then use those bits to craft better and wilder-looking God Arcs. Every melee weapon from the previous games has returned, with two new additions to the arsenal.

The Biting Edge is my favorite of these new additions, and has replaced the Short Blade as my God Arc of choice. Somewhat counterintuitively, the Biting Edge is actually less mobile than the Short Blade, and replaces that weapon’s added steps and air-walk abilities with a blazingly fast attack rate, which can be sped up even further by combining the Biting Edge’s twin swords into a double-bladed “Glaive” mode, which amplifies speed, power, and hit count at the cost of locking out stamina regeneration and devouring attacks while linked up. Given God Eater 3’s emphasis on increased tempo in combat and flashy, elaborate attacks, it’s no surprise that the Biting Edge is the game’s poster weapon, featured in the promo art and even the Studio Ufotable-animated intro clip.

This prominence isn’t to take away from the other new melee God Arc, the Heavy Moon, though. By default, it’s a big axe with a short reach and a surprisingly mobile attack set, but players can really bring out the weapon’s teeth – literally – by finding a spot to stand their ground and extend a serrated chainsaw-like maw from the edge of the blade to whip out some vicious extended combos. Finally, a weapon to surpass Metal Gear Gears of War’s Lancer as “best playable chainsaw.”

The returning weapons are no slouches, either, from God Eater’s Short, Long, and Buster Blades, to God Eater 2’s Boost Hammer and Variant Scythe. And all the weapons benefit from God Eater 3’s new “Burst Arts” system. Refined from the Blood Arts of God Eater 2, Burst Arts are additional attacks that add to or modify the default move sets of the various melee weapons. Unlocked through use and active as long as a player remains in Burst Mode, any given loadout can equip up to three Burst Arts, modifying a weapon’s attacks on the ground, in mid-air, and after a dodge step. These alterations can be significant, such as changing a mid-air strike into a powerful ground-pound, or adding a lengthy stinger combo to the end of a step attack, the better to punish an Aragami with when it deigns to attack.

The Burst Arts can be even further augmented with Effects that send out shockwaves or directional attacks that extend a player’s reach. Between Burst Arts and the series signature Bullet Editor (allowing God Eaters to create custom projectiles for their Gun forms), God Eater 3 has doubled down on the franchise’s flair for letting players tailor the combat system to their preferences.

Graphical upgrades worthy of modern platforms have been thrown in as well. Cutscenes actually have a modicum of cinematic direction, and character models no longer look like they were upscaled from the previous console generation. Aragami designs, particularly the new species of “Ashborn” Aragami, wield flashy, effects-heavy powers, finally looking like the “gods” players are implied to be capable of eating. It’s one thing when the so-called “God” looks a bit like a scary dinosaur, and another when it looks like a multi-armed Buddhist statue floating a pair of miniature Suns that can morph into burning chain chomps. Battle effects have also gotten an upgrade, and are bigger than ever. That last bit isn’t entirely praiseworthy, though, as the effects can sometimes obscure the fight for all their color.

At its core, though, God Eater 3 remains largely the same in structure as its predecessors, with players picking their missions from a list and jetting off to various locations to slaughter monsters, gather up their remains, and use those remains to upgrade their gear. Though larger and more detailed than they were in the older games, even the maps remain geared towards funneling parties towards the mission’s target Aragami with a minimum of fuss. There’s little faffing about with material collection or stealth. You’re a God Eater, not a God Follower or a God Negotiator. Go chop those monsters up and have yourself a meal.

The profession ain’t what it used to be, if the story is anything to go by. Where God Eaters in the first two games were admired almost as celebrity supersoldiers, the “Adaptive” God Eaters (AGEs) of God Eater 3 are feared, hated, envied, and even enslaved for their ability to survive in the new status quo. Years after God Eater 2, yet another apocalypse has been inflicted on the already post-apocalyptic setting. The Ashlands, roving storms of all-consuming microbes, have eaten humanity out of house and home. Nothing is left on the surface, and the survivors cower in underground “Ports,” scavenging to survive and with nothing left to wear but the most impracticality sexy cosplay outfits and suggestively placed strips of electrical tape. It’s a bad scene, to say the least, and the AGEs, along with roaming surface caravans, are the only forces around to make it one worth enduring for a bit longer.

That’s the premise, at least, and if you think that sounds a bit familiar, you’re not wrong. The story beats seem to have been cribbed from any number of recent anime and games, with particular creative debt seemingly owed to Mobile Suit Gundam: Iron-Blooded Orphans (you’re the “Mikazuki Augus” in this scenario, if you get my meaning), and even a bit to Freedom Wars, a God Eater-like developed by Shift itself for Sony and the PS Vita. For what it’s worth, originality and narrative depth was never God Eater’s forte, and the story that’s there does the job right, providing enough motivation and interesting characters to supplement the core grinding motivation, as well as a flow for players who want more natural entry and exit points for their involvement.

If all these words feel like they could’ve been written about, say, God Eater 2 or even God Eater Burst a few years ago, that’s sort of the issue at hand. God Eater 3 may be an exemplary God Eater game, but it’s nothing more than that. I consider it bad form to blame a game for not being like its competitors, but in this case the comparison is impossible not to bring up: The vast improvements made by the likes of Monster Hunter: World in terms of presentation and accessibility make God Eater 3 look like the lesser game, even if it’s arguably the best it has ever been. True, the game still has a denser story, moves faster, and has a different look than Monster Hunter, but in all honesty, the gulf between them is much narrower, and I can’t help but think that players coming off of World in search of “something like that” may play God Eater 3 and wonder why this just-released game already feels so old-fashioned.

Taken on its own terms, though, with God Eater 3 we have a pretty hunting game that moves like lightning and makes its stylish combat feel like something worth mastering. Players willing to adjust their expectations will find plenty to fill up on, but those seeking a novel new taste rather than a bit of comfort food may want to keep looking.