It hasn’t been too long since I reviewed God Eater Resurrection, and in that review, I noted that the long time it’s taken for a God Eater game to appear on English-speaking shores helped make the game seem fresh and new all over again.

It seems that God Eater 2: Rage Burst, a sequel that comes just a few short weeks after its original debuted, affords us an opportunity to test that assertion in a real way. Will the improvements that this game brings to the table be enough to maintain the fresh feeling, or leave players fed up instead? 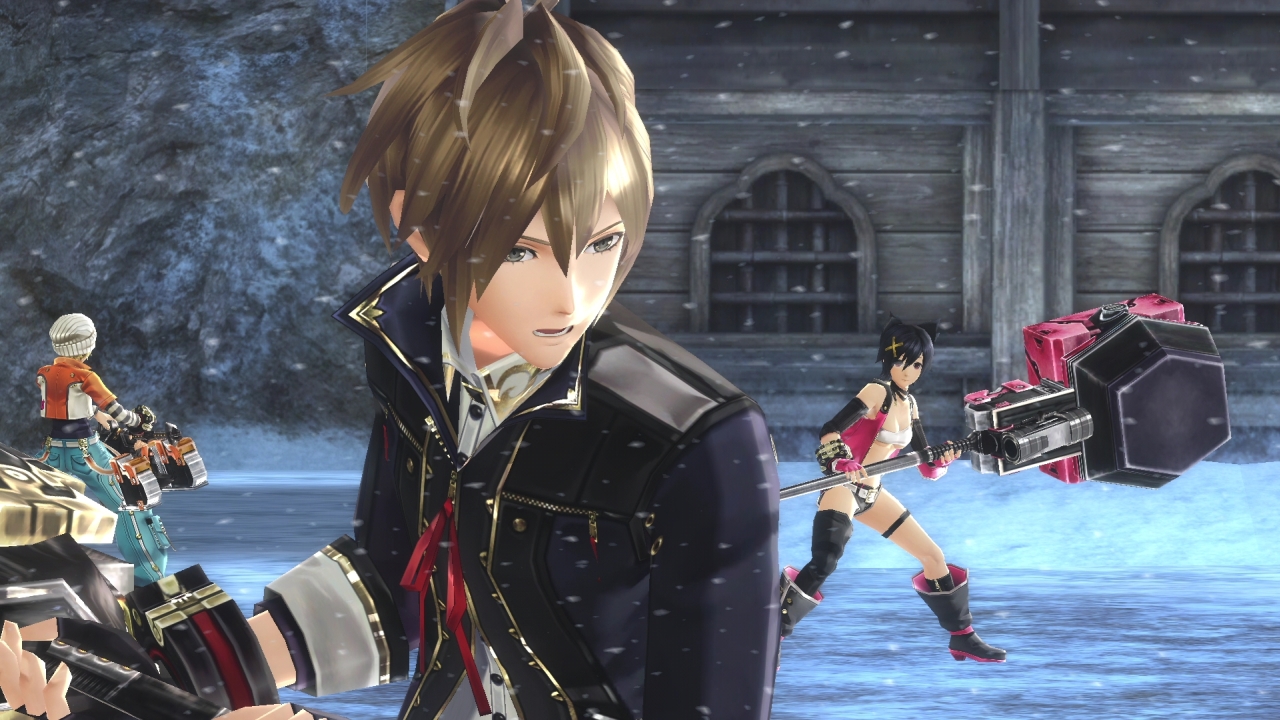 From the outset, it’s clear that Rage Burst is mechanically the superior game, even after a number of its key features were retroactively ported into Resurrection. This back-porting has the unfortunate side effect of blunting the novelty of Rage Burst for players who are playing or just played Resurrection, or people trying to find points to justify Rage Burst‘s higher price point compared to Resurrection. Still, things like the expanded weapon lineup, NPC skill system, Predator Style, and other improvements (described in more detail here) are as useful in this game as they were in the last, so it’s a moot point, as far as design goes.

Instead, Rage Burst’s party piece comes in the form of Blood Arts, powerful new abilities that function as a type of “talent tree” for each type of God Arc weapon. They’re unlocked by using those weapons on powerful enemies and building an “Awakening” gauge by performing certain actions, like connecting with specific attacks in the combo chain or attacking enemies’ elemental weaknesses. 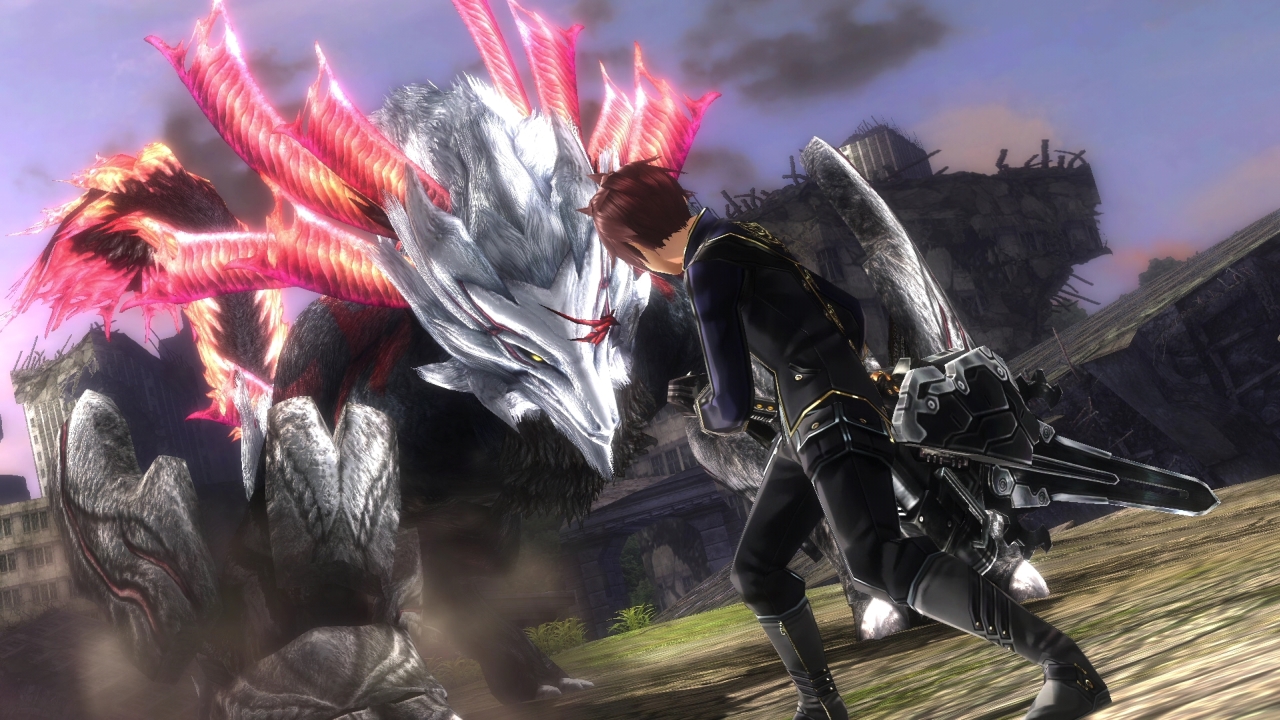 Once Awakened, Blood Arts can be equipped like a perk of sorts, and their benefits range from passive buffs to damage to powerful, extra attack animations. For example, Short Sword users can look forward to a rapid flurry of slashes, while Variant Scythe Wielders gain extra attacks designed to paper over the weapon’s less reliable single-target damage.

The Blood Arts add a much-needed dose of depth to God Eater‘s melee action. Unlocking and selecting Blood Arts gives a range of additional options to players while rewarding commitment to a specific style, all without compromising on the game’s accessibility. This is key, as one of the key appeals of God Eater has been its undemanding nature compared to the competition. 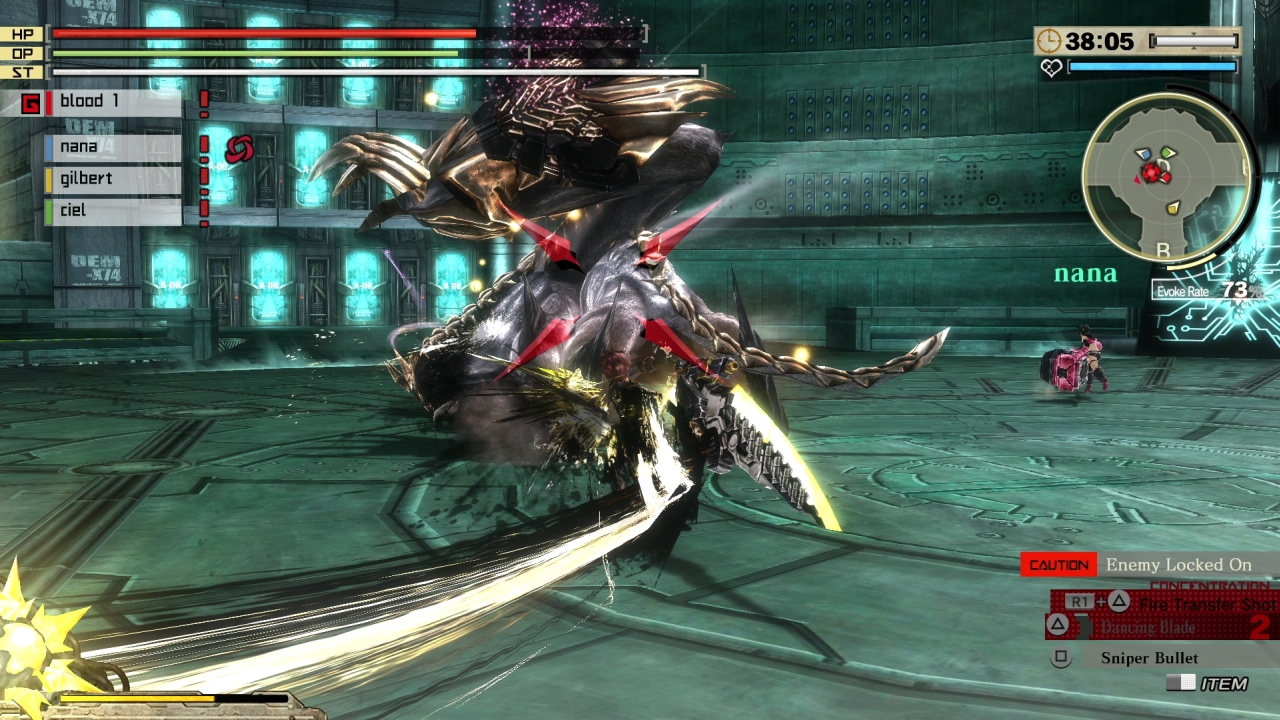 That said, while these mechanical expansions are substantial, it’s in terms of bespoke content that God Eater 2: Rage Burst might not quite sate players’ appetites. Picking up some time after God Eater Resurrection‘s conclusion, Rage Burst starts on the Friar, a mobile city-sized branch of the in-game organization FENRIR. Players are the newest inductee to an elite squad of God Eaters, the Blood unit. Told through between-mission cutscenes, the story is about as thinly drawn as in Resurrection. This wasn’t a problem in that game, as having a story at all was a major point over the competition, but this thinness being in the sequel ends up making Rage Burst look more like a riff on the original than a full-fledged follow-up to Resurrection (though technically, Resurrection was originally released after Rage Burst).

This feeling is exacerbated by the way Rage Burst tends to recycle maps, monsters, and even characters from Resurrection. It’s as if the developers realized that the characters and plot points they were sketching out didn’t even carry the advantage of novelty anymore, and instead chose to juice the proceedings with some nostalgia for the previous game.

It’s at this point that I have to highlight that the very value proposition for God Eater 2: Rage Burst can change significantly based on the circumstances of its acquisition. After all, many PS4 copies Rage Burst come with free copies of Resurrection. Resurrection also does not have a PC version sold separately as yet, mooting the comparison in those contexts.

Whatever the case, though, God Eater 2: Rage Burst inadvertently feels less like a sequel to God Eater Resurrection than a very substantial expansion, becoming a refinement of what came “before” than a genuine step forward. While it’s impossible to deny the mechanical improvements in the game, many players’ enjoyment of it will largely hinge on how much more God Eater they wanted to play, or if this is the only one available to them.

[This review of the game is based on a copy provided by the publisher.]