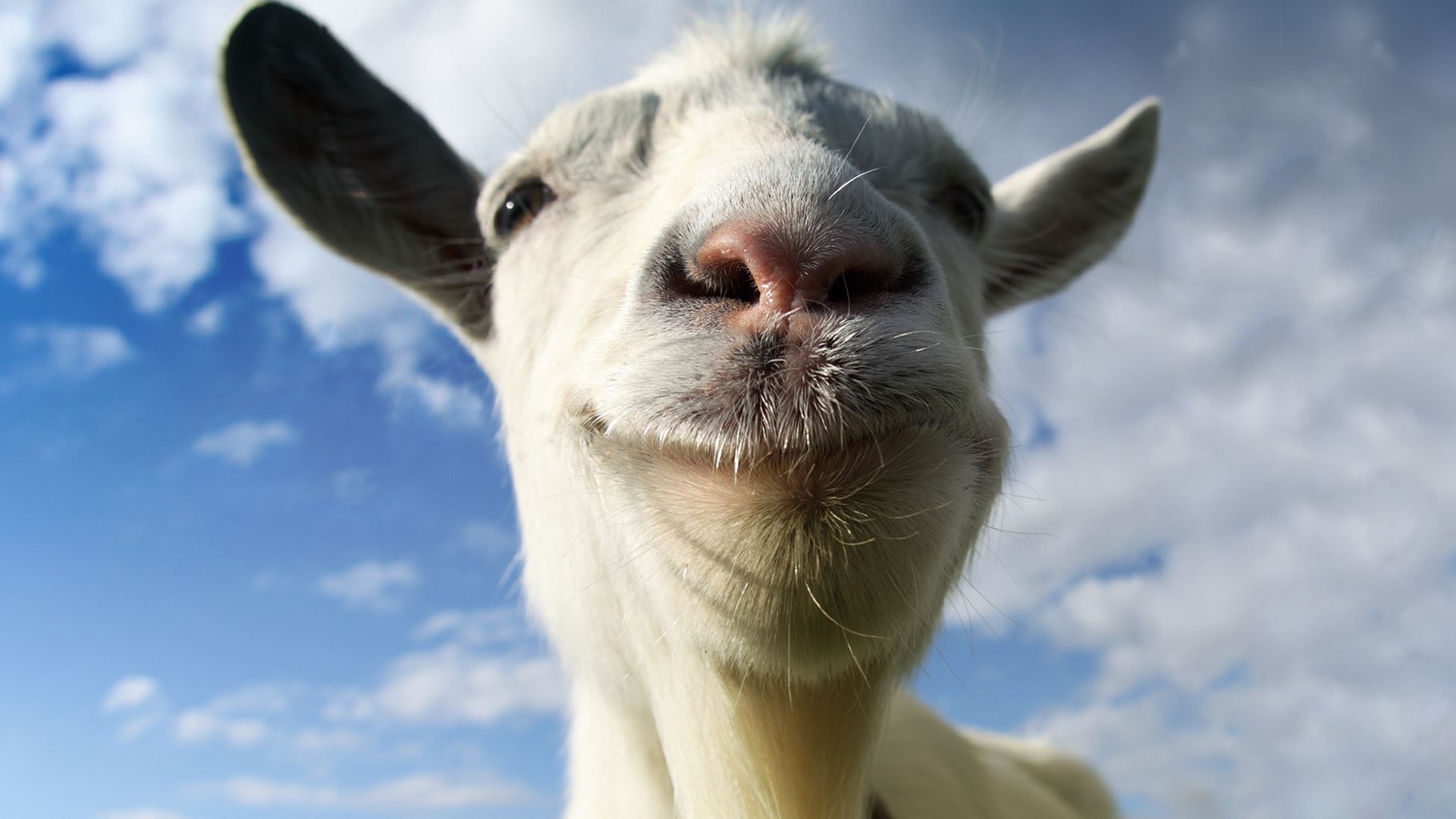 There’s something to be said for games that revolve around a single joke. If you’ve wrung every possible guffaw out of a game within the first half-hour, you can just close it and move on with your life. In theory, Goat Simulator benefits from this structure. You’re a goat! Everything is broken! From there, it’s up to the player to decide whether there are further punchlines to be delivered.

Of course, this does not apply if you’re under some kind of obligation to see a majority of the game’s content like I was. I spent a good 4-5 hours wringing the game dry, and I was reaching for entertainment around the 20 minute mark. Regardless of whether you find Goat Simulator’s core gag amusing, it’s hard to ignore the price to content ratio.

When you start Goat Simulator, the game’s four-legged protagonist is dropped into an ordinary town and tasked with jumping over a fence. It’s a clever subversion of standard game tutorials, and it will be the last time I use the word ‘clever’ in this review. From there, the game provides the player with little challenges, like pressing the ‘Baa’ button or running on a wall for a certain period of time. These challenges help boost your score, much like almost everything else in the game. Licking people is worth a handful of points, for example. There are unique things to do in the world — like finding EDM musician deadmau5 and licking him — that earn both points and an achievement on your platform of choice.

The achievement list can be a help if you’re looking for things to do, but some are so obtuse that you’re better off trying to explore the world. Herein lies Goat Simulator‘s Achilles’ Heel — it plays like trash. This is ostensibly part of the game’s larger gag, there’s even a button dedicated to entering a ragdoll state. But the game tries to have it both ways. Collectibles litter the map (including a handful you need for achievements) and some of them would be challenging to acquire in a superior title. Feats of skill in a game with frustrating controls are certainly impressive, but that doesn’t make the struggle any fun.

There are a bunch of modifiers, some of which are fun to play with for approximately ten minutes. The jetpack is chuckle-worthy and the VR modifier is an unyielding nightmare straight out of a PG-rated Hellraiser. It is also worth seeing. I used the modifiers as ripcords throughout my playthrough — when things got too dull, I would hit the jetpack button and watch as the goat flew around in slow-motion. It wasn’t hilarious, but it was something to break up my numerous attempts at nailing the manual challenge.

(You can perform ‘manuals’ by flicking the stick back and forth and then trying to balance the goat on its front legs. It’s awful)

The game’s core joke is difficult to criticize because humor is subjective; one man’s guffaw is another man’s blank stare. I have a vivid memory of watching Wes Anderson’s Moonrise Kingdom in a packed theater and being the only person laughing along. The jokes I found so tickling absolutely failed to play with the rest of the audience. And that’s fine! I can sit here telling you that Goat Simulator is just not that amusing for the rest of my life, and that won’t register with half of my audience.

However, I cannot imagine the people who “get” Goat Simulator will be okay with paying for the experience. Not to keep coming back to movies (comedy games are something of a rarity, so I have to look outwards) but I wouldn’t spend full price on a film that gives away its best jokes in the trailer, no matter how funny those jokes were. I played the game on PS4, where it costs $10. That is unconscionable. If one were so inclined, Goat Simulator could go on forever. It’s a playground, not a series of objectives, and no high score can hide that. But it’s not worth an hour of your time, let alone days. The game has two areas and lacks both the MMO and Zombie DLC. There’s just so little to do and even less that’s worth doing.

Even if the price was right (and that price is free, regardless of platform) Goat Simulator is not worth playing. It’s a game designed for YouTube, not the average consumer. Reward this shrewd business decision by not buying this game and just watching some clips online instead.