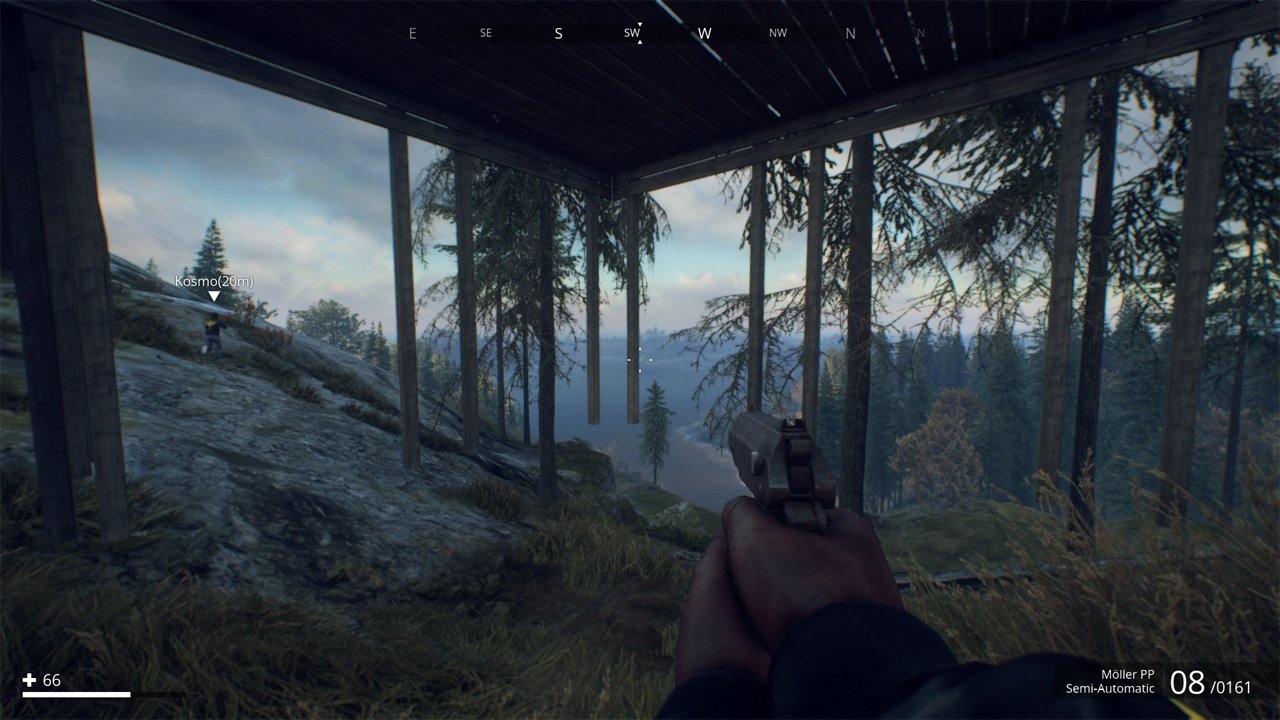 Generation: Zero is a first-person shooter in an open world, set in 1980s Sweden. There is an opening scroll that sets up the plot and also talks about Hitler, but honestly, at this point, I’ve forgotten what it was all about. I remember that basically everyone had been trained in combat since they were little, and then the alarm went off, calling them to arms. I suppose that’s the setup to explain why everyone has disappeared.

Robots of various sizes now roam the land, and the core of the game is the player exploring the world, finding clues, and surviving against the killer robots. There are no “survival” elements like hunger, sleep, or fatigue. Just health, ammo, and stamina. Killing robots, exploring, and various other things earn experience towards level ups, which then reward a skill point to allocate to one of the skill trees. The game can be played solo or via online multiplayer, which works more or less fine.

There’s a lot here, on paper, to like. Plus, the game can look absolutely beautiful at times. And then you actually play it and it is clear that this game is far from finished. Models and textures are clearly unfinished, enemy AI hardly functions, collision bugs are everywhere, and the whole world feels slapped together. Generation: Zero looks, feels, and plays like an Early Access title, but it is not.

I’m not really sure where to begin, to be honest. The game starts off innocently enough, slowly introducing the player to the various gameplay elements. It quickly becomes obvious that this is a whole lot of nothing, peppered with brief moments of brilliance. There are about five house models, yet there’s hundreds of houses on the map. Once, my friend and I encountered a town, looked at the dozen or so houses that were all identical to the ones in the last town, and just turned and went in another direction. The monotony was going to kill us; I couldn’t loot another identical house. This was less than six hours into the game.

I didn’t finish Generation: Zero. I gave up on the main quest about three hours in and never went back. It required looting houses and searching for clues as to where everyone went and again, I just couldn’t bring myself to run into 20 identical houses to look for some random intel item that will advance the plot. So I said “screw it” and just ran further and further into the map. So maybe the plot gets interesting…maybe. Avalanche is promoting this plot as a mystery, but the real mystery is why anyone would ever play this game in its current state.

The robots themselves are badass. The designs, the animations, and the gameplay focus on weak points make many encounters memorable. Well, when the AI isn’t dumb as rocks and they’re actually moving. Each firefight is a tossup: will it be a dance between player and robot? Or will the robots stand there and then instantly zoom over and deal insane damage without any sort of indication? The former feels amazing but the latter is much more common.

Look, above is a video of a firefight with my friend and me against some robots (it didn’t record my mic, sorry). Some things to point out: there’s a weird texture over the storage containers that clips through all of them. This was present in the entire area. Some robots just take bullets without reacting. You may notice I have to jump into the little shack each time because none of them on the entire map touch the ground. I shoot a gun off a robot — that’s cool! A robot hardcore clips through the storage containers, even in death. Healing and death are trivial. Pieces fall off robots depending on where I shoot them, exposing weak points — also cool!

This sums up Generation: Zero pretty well. There are some genuinely cool moments buried among the slop. If this were an Early Access title, I’d be very content saying to keep an eye on it as it nears release. Considering that this game is being released like this, I will instead warn not to waste any money on this unfinished title. I look forward to a potential 2.0 release, because I really want the game that was intended to come to fruition.