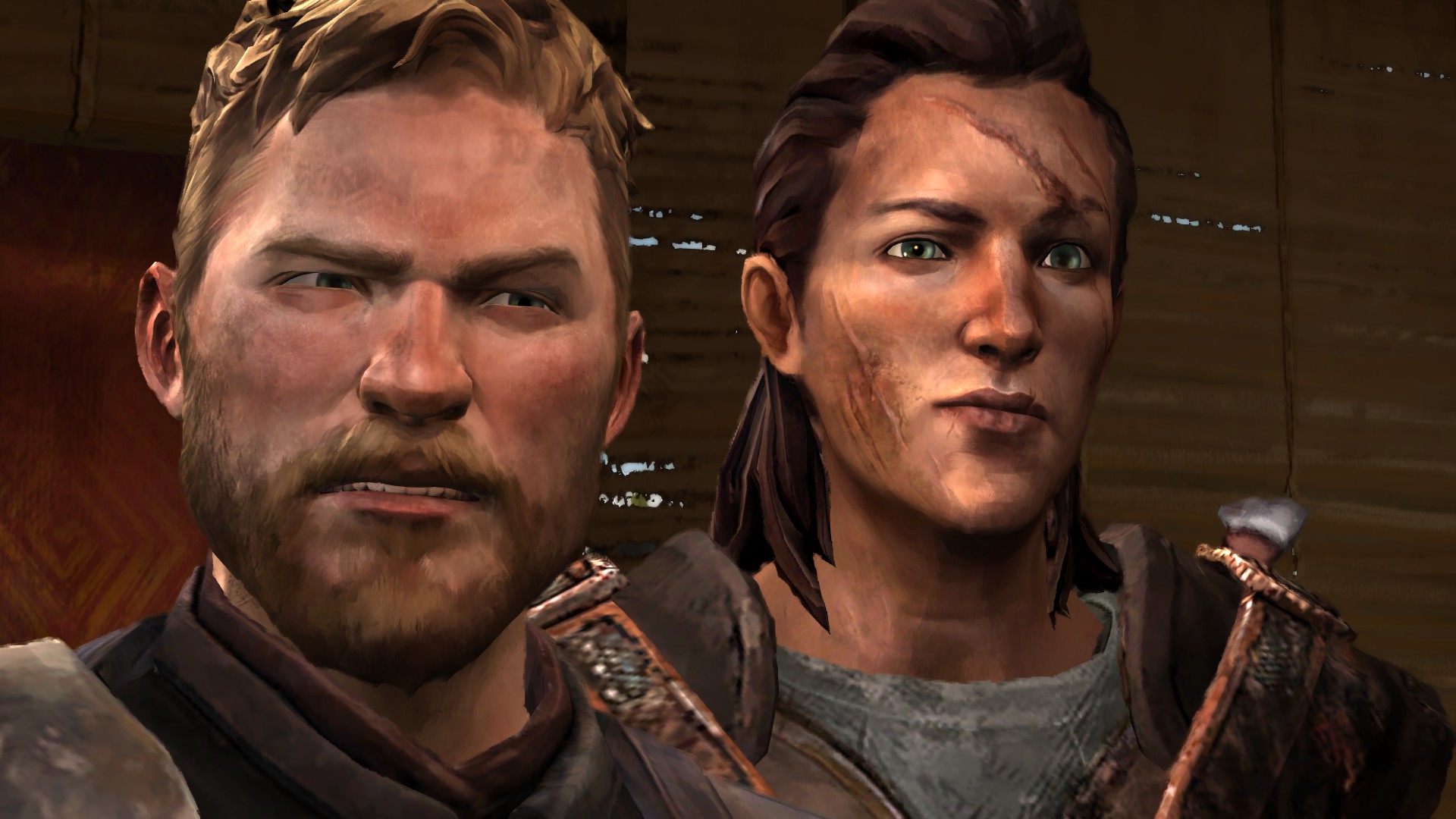 At the end of Episode 3: The Sword in the Darkness, Game of Thrones: A Telltale Game Series was in an interesting place. Nearly all of the playable characters were in tough spots, but all of them ended the episode with some hope for the future.

That future is now. Though the problems facing House Forrester are far from resolved, each character makes steps toward the finale. Each even enjoys some minor victories along the way. Of course, it wouldn’t be Game of Thrones if some new conflicts didn’t show up to cause the characters grief. There are still two more episodes to go, after all.

Those following along with the series shouldn’t expect any major changes in how events play out. There is lots of dialogue, lots of split-second decisions, a handful of quick-time events, a little bit of exploration, and not much else. The split between the four living playable characters stays about the same as well: Mira’s sections are almost entirely dialogue-based and Asher’s are generally more action-focused.

Despite being the Forrester known better for stabbing first and asking questions later, Asher’s story in Meereen comes with some of the more interesting this-or-that decisions this episode. Where Rodrik has to choose between murder and mercy, Asher has the more nuanced quandary of loyalty to the family that exiled him and loyalty to his sellsword partner Beskha.

Parts of Beskha’s past come to light in Sons of Winter that give the situation more gravity. Of all the decisions in this episode, Asher’s handling of the mission in Meereen is “the big one” for me, and I’m most anxious about the potential fallout from my choice, which won’t show up until next episode at least.

Mira’s tribulations in King’s Landing continue to be a high point for the series. Though this episode lacks the big names — neither Cersei, Tyrion, nor Margaery makes a significant appearance — the way Telltale handles Mira shows genuine understanding of what makes the source material so great. Any game could have quick-time swordfights, but a Game of Thrones game ought to be more than that.

Her best scene is at Tommen’s coronation feast. It comes closest to being like a classic adventure game. She must navigate the celebration cautiously, eavesdrop on conversations to gain information, and use that information at the right time. Even if it turns out not to be the case in the end (as Telltale games often do), the feast scene felt like it could have ended with a much different outcome.

As it stood for me, I came out of it laughing, pleased with how clever I felt to have achieved what I wanted and particularly smug about the last line I had Mira say to close out the scene. It reinforced the idea that in King’s Landing, shrewd manipulation of information is just as powerful as a sword, if not more so.

Rodrik has his own share of politicking to deal with on the home front. A new opportunity lands in his lap that could help return control of Ironrath to House Forrester, and he has his own decisions to make, though they seemed a bit more obvious. Satisfy a desire for petty revenge near the beginning and he loses some leverage for later on in the episode. I’m curious to know how things shake out with other choices; in contrast to the first few episodes I feel like I made the best decisions for Rodrik this time around.

There is a tense scene as Rodrik at Highpoint, the Whitehill stronghold. Not only are the stakes high, but it also rewards an attention to detail. Prior to the meeting with Lord Whitehill, some light exploration can help to reveal information that can be used in the encounter. It’s another instance where proper intel beats physical force that feels right in place in the A Song of Ice and Fire universe.

Gared’s scenes were the least interesting this time around. Where prior episodes set him up to be part of the party that goes to Craster’s Keep, he ends up with a blander story. It still has room to get better once the importance of the North Grove is revealed, but in this episode it felt a bit like he was stagnating.

The oil paint aesthetic that turns people off remains, though it does feel like Telltale has tuned down the baffling polygon edge blur effect that plagued the first two episodes. It’s still present, but not nearly as distracting as it used to be.

There aren’t any heart-stopping moments or dramatic twists like there were in the early episodes, but Sons of Winter sets a good pace and keeps it up throughout the episode. It’s great to see the continued focus on shrewdness over brute strength for most of the characters, especially considering House Forrester’s situation in Westeros. What the family lacks in soldiers, it must make up for in cleverness. Being party to the events makes me feel clever, whether I truly have much of an effect or not.