Funk of Titans is not a very fun game.

But Brett Makedonski and I had a lot of fun talking about it. 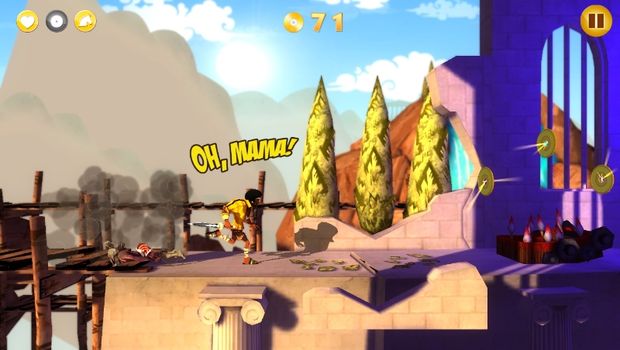 Brett: So, I just finished Funk of Titans. That sure was something, huh? I’m not sure how a game can put something on a pedestal as the pinnacle of cool, and end up making it so abjectly uncool. But, that’s sure what Funk of Titans did with funk. I guess it’s no surprise that the lame, forced approach to context ended up wafting into the game design as well, right?

Chris: Gurl, you said it. I booted it up thinking I’d get a funky take on Super Mario, and ended up getting an endless runner. A half-hearted mobile game on a console ain’t so groovy. I can get down with the idea of Zeus as the Father of Funk, but the repetitive gameplay and two-button system is a snooze-fest.

Brett: You need to look on the bright side, Carter! The two-button scheme frees your left hand up for all sorts of fun activities: waving to friends, fist-pumping, slapping yourself upside the head for playing Funk of Titans. Endless possibilities, really. But yeah, this really is a mobile game on a console, and it’s a stale one at that.

It’s evident early on that the developers had a limited number of design tricks up their sleeve, so most levels end up feeling the exact same as others. And, that gets multiplied across more than forty stages. Forty! There’s a difference between padding game length and flat-out wasting the player’s time. This is the latter.

Chris: And those forty stages take roughly three hours to do. That’s too long! Since there really isn’t a whole lot to unlock outside of cosmetic items, you feel cheated by the time you finish it — like, I spent my afternoon playing this? The menus also felt like they were trying to sneak some in-app purchases in there somewhere.

I tried to find the pay scheme for more than 10 minutes, I just had a feeling it was buried. But I guess ultimately the developers decided to charge $12.49 for it, possibly due to an elaborate equation that dictated each customer should spend twelve and a half dollars. Have we reached microtransaction equilibrium? 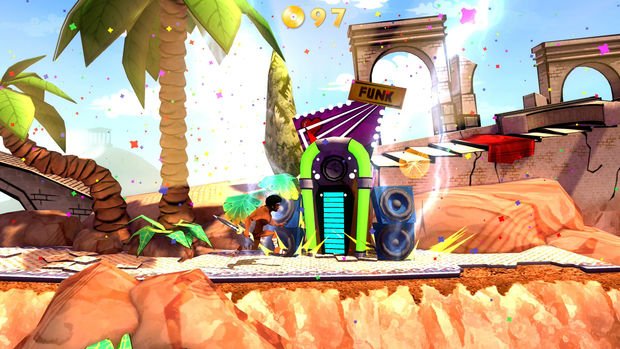 Brett: You’re giving them entirely too much credit. There was absolutely no elaborate thinking that took place in the development of Funk of Titans. That’s wildly evident by the singular mini-game at the end of levels that’s nothing more than a stripped-down Jetpack Joyride-esque collectathon. Seriously, I just started intentionally crashing because slogging through those for more useless currency was arguably a bigger time-waster than the unnecessary number of levels.

Actually, wait. I take that back. By far the most phoned-in aspect of Funk of Titans was the SIX bosses throughout the game that are nothing more than Simon Says quick-time events. It’s staggering how disparate these sections are from the rest of the experience, included only as resolution to the question “Does Funk rule supreme over all other forms of music?” (A question that no one really cared if it was asked.)

Chris: It really could have been a good marquee runner title on consoles with a little more effort. Extra outfits with new powers, even slightly memorable characters, maybe some cheesy low-budget voice acting, and even a few memorable level concepts.

I would have enjoyed myself with that setup for free with Games on Gold. Alas, it’s really hard to recommend this to anyone but diehard runner fans. And even then, that’s pushing it. 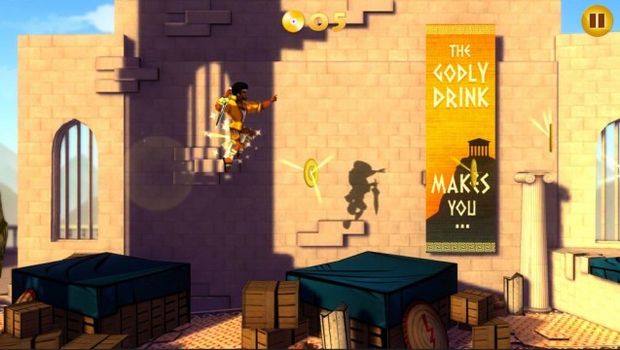 Brett: My initial impression was that it’s like Bit.Trip Runner if Bit.Trip Runner wasn’t very good. That didn’t change after playing for hours. There’s something inherently sort of fun about the formula, even though it still manages to bore you to tears. It’s a weird dynamic, but yeah, not one that’s worth recommending to anyone.

The reality is that Funk of Titans takes a lazy approach to nearly everything it does. It’s a careless effort, and literally everything it has to offer has been done better by most other runners. And, in those other games, there’s the added bonus that I don’t have to listen to the phrase “Cool Daddy-o!” repeated until my ears bleed.

Chris: I would be okay with never hearing “Daddy-o” ever again. But yeah, there aren’t many runners on consoles, and the genre deserved better. They can be special at times and at the very least a fun time waster, but funk this.