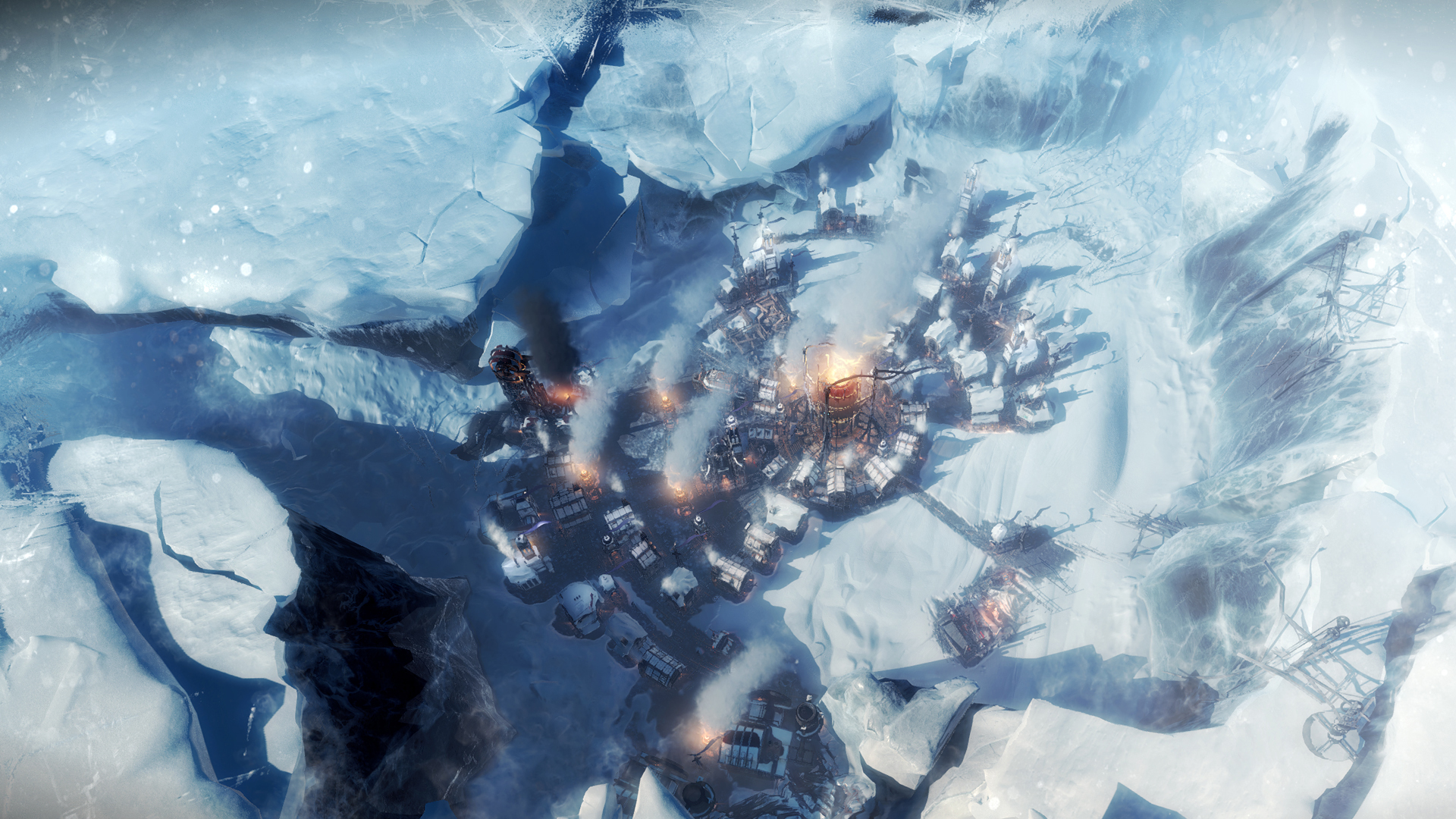 Here are some thoughts that popped into my head while playing Frostpunk:

I am not a kind and benevolent leader.

Frostpunk is a story-driven strategy game that plays out as a crisis simulator more than a town builder. Yes, you are building a town in the frozen wastes, but your primary goal is almost always dealing with some seemingly catastrophic event that has just occurred or is about to. Evidently, it is not smooth sailing when trying to live in subzero temperatures.

Again, I’d like to emphasize here that this is a story-driven adventure. The main story will take approximately 10 hours, and there are two other stories to unlock, each with their own unique twist on the gameplay. This certainly hurts the replayability factor, something that this genre tends to thrive on, but that doesn’t mean the game’s value is diminished. It’s because of the story focus that Frostpunk feels so unique. Well, that and the overwhelming feeling of absolute dread while playing.

I haven’t played This War of Mine, the developer’s last title, but I am very aware of the morose and grim tone that it sets — something that Frostpunk mirrors. I’m starting to wonder if 11 bit studios is okay? Who hurt you guys? I can only imagine that to be able to masterfully evoke these awful, life-dampening feelings you would have had to experience them first hand. 11 bit, if you need a hug, let me know.

Seriously, this game will crush your hopes and dreams. I think it’s important to make the distinction that, if games don’t tend to affect your emotions much, you won’t get a lot from Frostpunk. The crux of Frostpunk lays in the difficult decisions the player makes and how it affects the little AI villagers of the town. If someone were to ignore the emotional weight of these decisions, there is sometimes a clear-cut “best” choice to make, economically. The “better” decision generally comes with emotional baggage that you, as the town’s fearless leader, must deal with but has no tangible effects on the game.

I’m getting ahead of myself. The core of Frostpunk is to build a city that can withstand extreme temperatures. The world has frozen over and a band of refugees has found solace in a sunken colony, built around a giant generator. The generator uses coal to produce heat to the buildings around it. Structures like homes, hospitals, and resource hubs are all built on a radial grid spanning outward from the generator. A tech tree is also utilized to research new buildings or to upgrade existing ones.

As with any survival game, Frostpunk‘s key to success is resource management. There is a lot to keep track of, yet it never feels overwhelming. Coal is important to keep the generator (and other heat sources) going. Wood and steel are used for building new structures and for initiating new research on the tech tree. Raw Food is required to turn into Food Rations and keep people from starving (something I was notoriously bad at). On top of these tangible resources, as the supreme leader, you must also manage your peoples’ Discontent and Hope levels.

Laws can be signed every 18 in-game hours that can drastically change how the game plays. These laws often come as a “one or the other scenario.” What do you do with the children of the town? Send them to work as child laborers? Or build a child shelter to take care of them? Some law decisions are rather straightforward, while others had me staring at the screen for what felt like an eternity, weighing the options.

This is where Frostpunk shines. When you assume the responsibility for your actions and become absolutely crushed when there is no pleasant road forward. When I completed the main story, I felt no jubilation. Partly because the ending didn’t feel very satisfying to begin with, but also because I wasn’t happy with how I got there. The decisions I had to make, the events that occurred, and the lives that were lost still sat on my shoulders.

Then I started another storyline.

The first go-around will be tough, but the game moves at such a great pace that I find it hard for someone to completely fail — which is great because had I failed eight hours in, I would not want to have started that story over again, as it would play out very similarly. Some of the underlying mechanics are not explained well, but through trial and error, it’s easy enough to learn much of it in preparation for the other, more pointed storylines. The difficulty is also completely customizable, which for some, will allow for greater replayability with an added challenge. Personally, I’m content with living that experience a grand total of once per storyline.

Managing heat becomes the backbone of the town very quickly. As the temperature fluctuates and days pass, it becomes more and more difficult to provide a livable temperature for the residents. This can be solved by either being super efficient with coal mining and use or by simply limiting who enters your town. I quickly found a large population to be unsustainable with my city and had to make some tough decisions regarding letting in new survivors. Managing the heat levels in the city is a full-time job and goes a long way to make this survival strategy game a lot more active than expected.

There are some finicky bits that can detract from the experience. While I advocate for getting emotionally invested in the story and not worrying as much about the “mechanically right thing to do,” some options are just too hard to pass up. Every building needs to be connected to a road, which costs wood, but the 100% efficient way to do it is to just have the road connect to the closest corner of the building. You’re bound to end up with randomly placed zig-zag roads that just barely connect to things, which looks ridiculous.

I also had some strange bug where, after a cutscene, one of my automatons (robot gatherers) just….died. Sunk right into the ground. Except then the model popped back up and stood there, unable to be selected. Its absence hurt my ability to collect resources in a huge way and had a dramatic impact on my playthrough. As I mentioned before, the ending feels somewhat lame after everything the player goes through. I suppose it sort of goes along with the general dreadful feel of the game, but I was still hoping for more.

Frostpunk is such a bizarre game. Playing through it mechanically and logistically leads to a relatively standard resource manager. However, by investing yourself in the town and the people within it, you allow in the crushing weight of the decisions you’ll have to make and the emotional consequences that follow. They may not be affecting real people, but treating it as such is what this game is all about. It’s an emotional roller coaster that will likely leave you more defeated after “winning” than when you first started, and that is incredible.