Caught in the act

While mobile gaming is still home to some creative and unique experiences, recent times have seen the platform become overcrowded with microtransaction-laden experiences. This has led to a lot of great titles getting lost in the void of the App and Google Play stores. To combat this, a lot of publishers and developers have been porting their games to PC and consoles to let their hard work shine for an entirely new audience. FRAMED is one such title, which released on iOS in 2014 to wide critical acclaim and is now being made available on PC and Switch.

Being based on touch controls, the game is a perfect candidate for the transition to PC and Switch due to each format’s input devices. As far as I’m concerned, nothing was lost in the transition. FRAMED and its sequel remain every bit as charming, creative and enjoyable as they were originally. 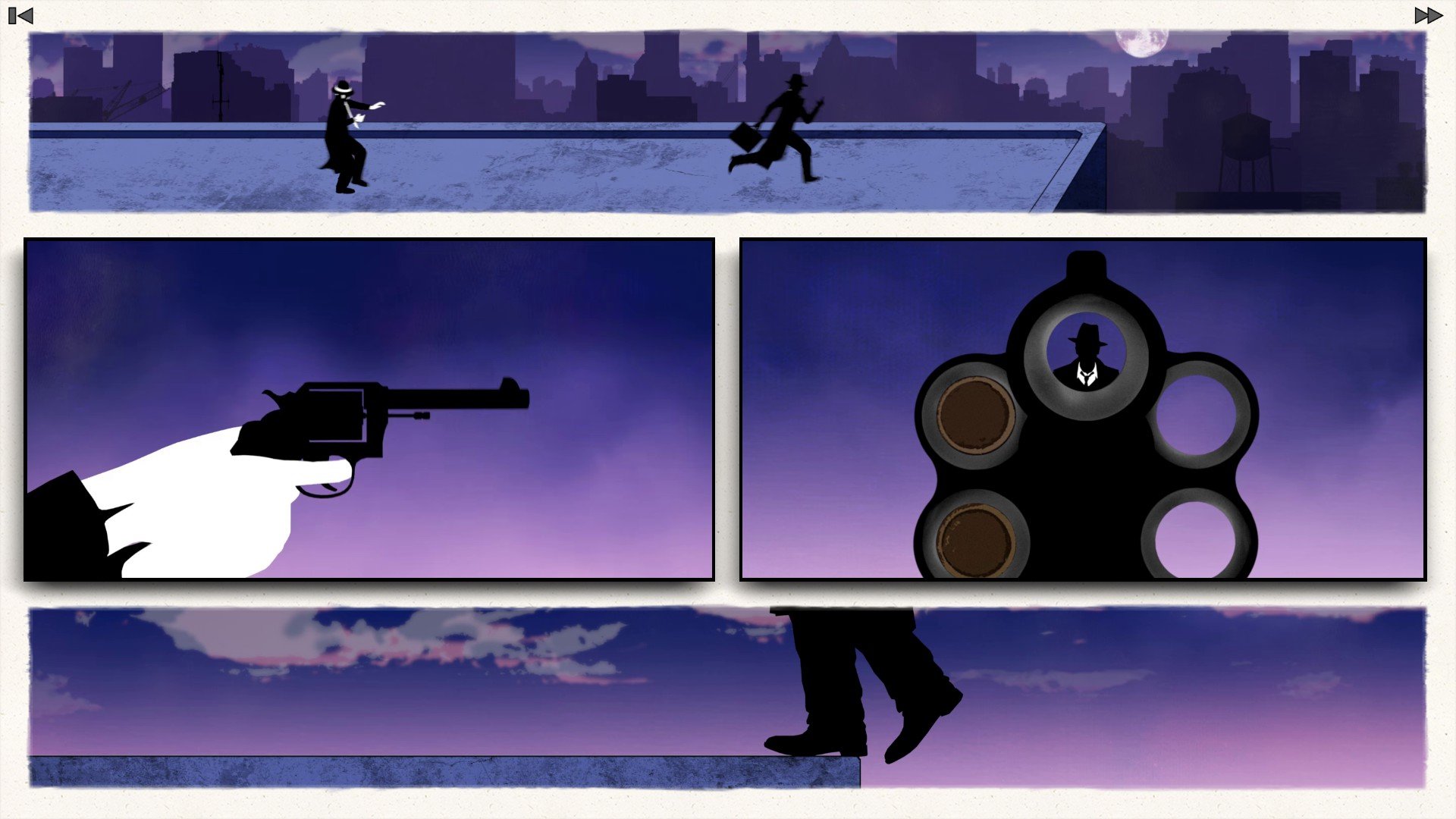 The FRAMED Collection is an aptly titled compilation of FRAMED and FRAMED 2. There are no bonuses on offer, just both of the charming games in their entirety with some new HD graphics. While I didn’t have the Switch version for testing, on PC you can control the action with your mouse and a few keys or through a gamepad. I really don’t know why you’d want to use buttons, but the choice is very much appreciated.

Your task in FRAMED is to rearrange comic book panels to help your character evade the police. The story is left purposely vague until the end, so you can fill in the blanks on what you’re carrying or what your ultimate goal is. It’s very much a noir-styled thriller with the requisite twists and turns from ambiguous characters working in self-interest.

FRAMED is reminiscent of the old FMV games that the Sega CD briefly made popular. You can pause the action to let you think about how to place each comic panel and hitting play will see the scene play out with limited input. I stress that last part, because FRAMED isn’t simply a one-trick pony. Like any good puzzle game, concepts are first introduced in relatively safe environments before ramping up in difficulty leading into the conclusion.

The first of these ideas is the ability to rotate specific panels. This actually takes two forms (one with a simple left or right tilt and another with full 360-degree rotation), but the idea is that you don’t have to accept the default placement of the panel. This requires you start looking at panels in a new manner, which makes for some fiendishly clever solutions to chase sequences.

The second idea is that certain panels will become repeatable after using them. This is the only instance where FRAMED goes beyond being a casual game, requiring you to have a somewhat faster reaction time to properly manipulate each panel fast enough. You can also make endless loops where your character infinitely runs down a hallway like some odd Twilight Zone episode. That being said, it creates some tense moments that perfectly nail the aesthetic FRAMED is going for. What good film noir doesn’t have at least one chase scene?

FRAMED 2 isn’t dramatically different, but manages to improve on things like presentation and pacing. The first title utilized a single song throughout its entirety, where FRAMED 2 mixes things up with different moods and themes or each area. It feels like a more polished rendition of the first title, complete with a few new ideas to change up the puzzles. It happens to introduce those different ideas at a faster rate, making the game feel a whole lot snappier. 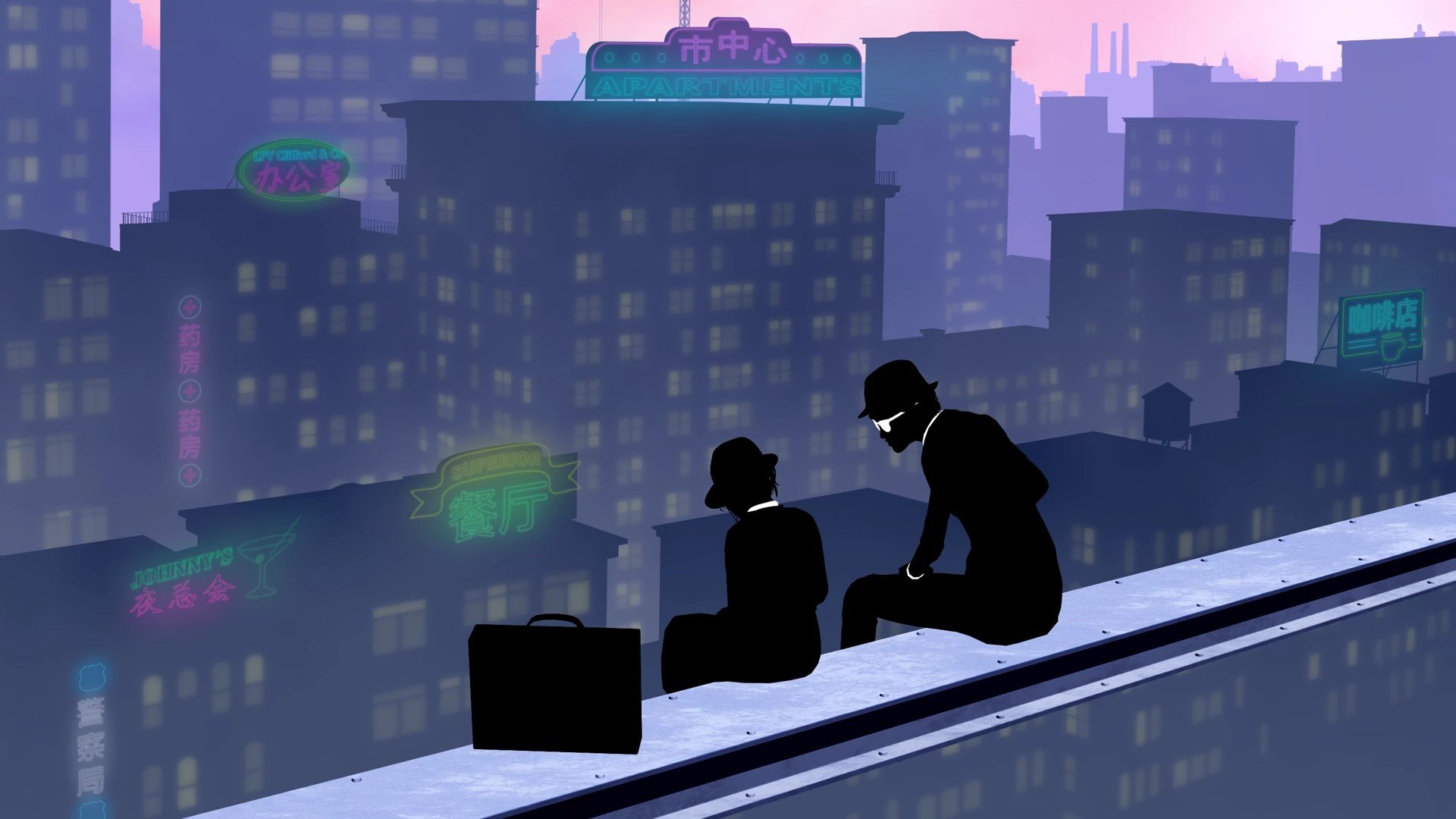 FRAMED 2 also has more distinct set-piece moments, with you riding a bike through multiple panels and jumping through construction sites in another. It better utilizes the potential of those repeatable frames from the first title while also brimming with more life from the characters. Metal Gear Solid also gets a shoutout, which just made me smile when I saw it.

The presentation on this new port is pretty damn solid, too. Like I mentioned above, all of the panels have been updated with HD frames and look fetching in motion. Colors pop and the silhouetted characters feel nearly 3D in their presence. The only real blemish is that a few of the fullscreen cutscenes are compressed and you can clearly see the artifacts on a properly calibrated monitor.

The audio also receives a nice bump in fidelity, sounding utterly pristine over some good speakers. I’m very fond of the sound design, as well, with gunshots taking the form of snare rolls and basically every action in the game world relating back to some jazz sound. I’d be remiss to ignore the soundtrack, which incorporates classic film noir stylings and mixes them with a faster tempo to get the blood pumping. FRAMED 2 steals the show here, but the first game is no slouch. 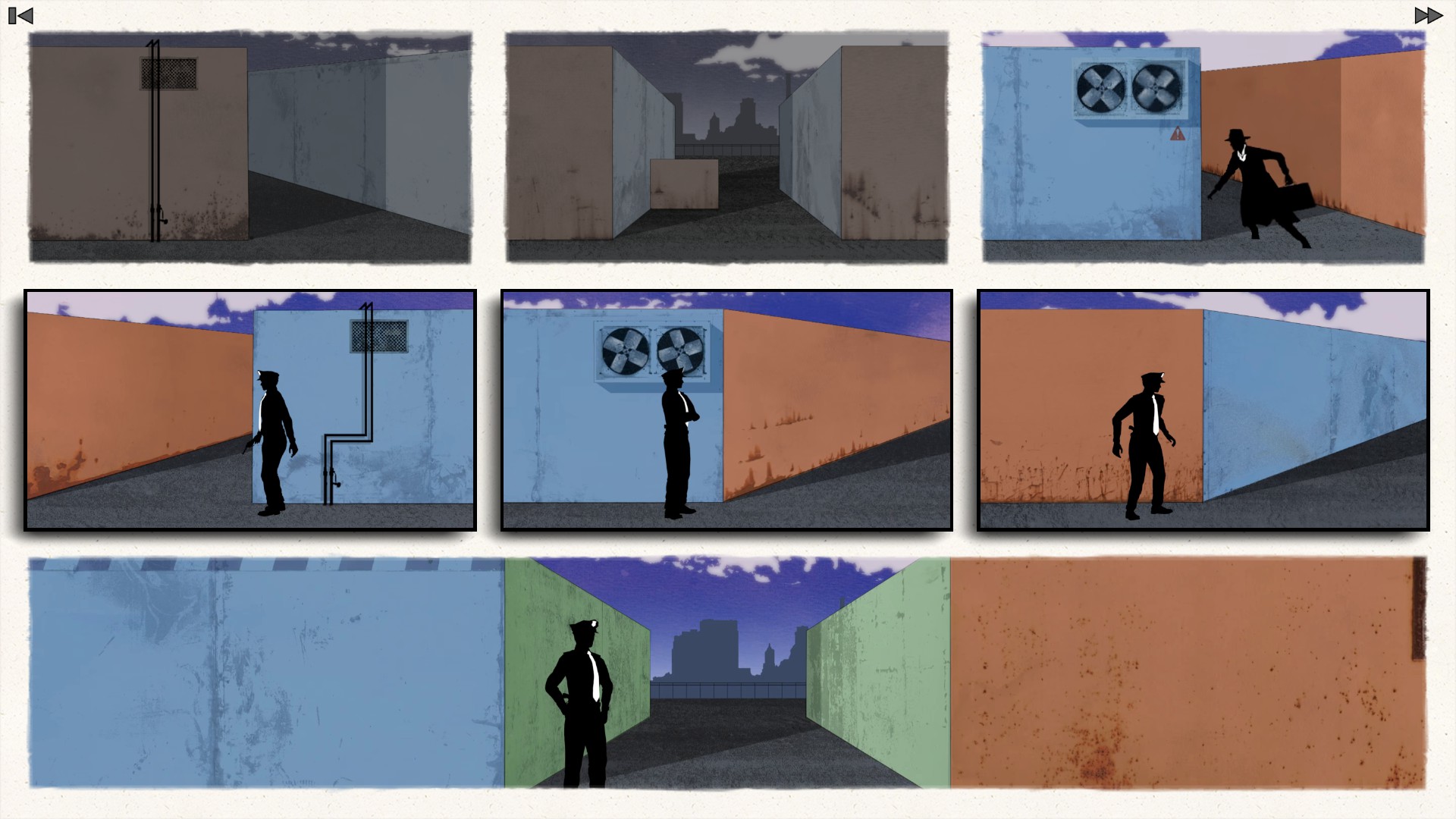 There isn’t too much else to mention, because both FRAMED and its sequel are short experiences. Clocking in at roughly an hour to beat each entry, you won’t be spending a huge amount of time to reach the conclusion. They are novel and present some wonderfully unique challenges, but talking about individual moments would rob the game of its unique charm. Seeing these for yourself is the way to go and I’m happy that more people will now have the chance to do so.

Barring some odd porting issues on Switch (which I can’t test), I highly recommend you grab the FRAMED Collection on your platform of choice. If you’re a fan of noir thrillers, puzzle games or just creatively presented ideas, you’re bound to find something you’ll enjoy here. It also won’t require a massive time investment, which is always a plus.