Leave it to virtual reality to get me swept up in the Five Nights at Freddy’s craze.

While Help Wanted will resonate best with players who are already familiar with Scott Cawthon’s wacky world of killer animatronics, it’s still perfectly palatable to a less invested audience. This built-for-VR adaptation works as a collection of greatest hits, borrowing and building upon familiar characters, sequences, and lore from the popular point-and-click horror series. It’s fun for the whole family.

I didn’t come in with expectations one way or another – just curiosity. With that said, I kinda love it. 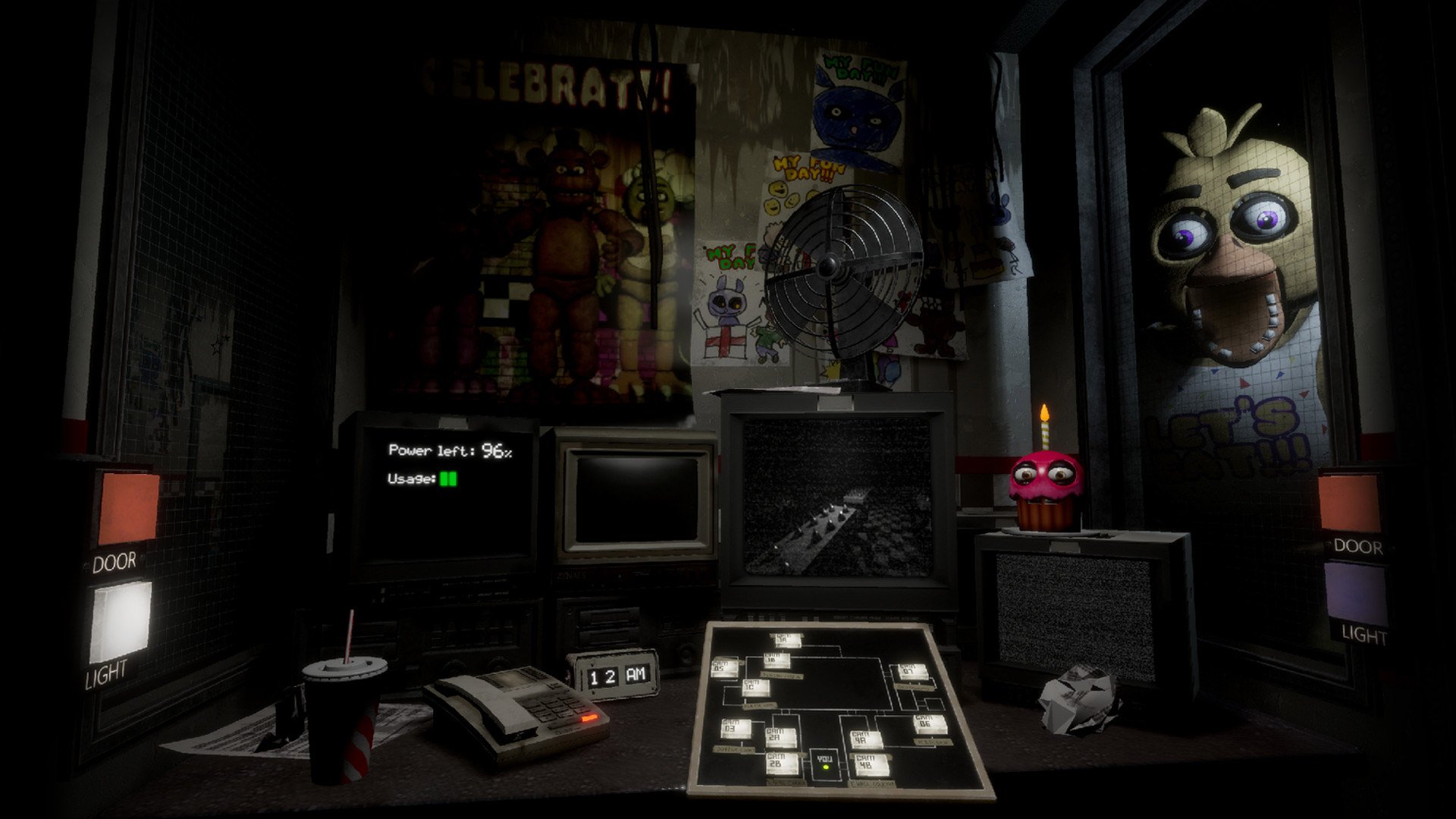 My favorite part of Five Nights at Freddy’s VR is that it isn’t merely the main-series games reimagined for virtual reality (although that would’ve been fine in its own right). Rather, this is a bunch of separate modes, all of which are entertaining for different reasons. It’s a surprisingly well-balanced spread.

After keeping your eyes glued to security cam feeds in the bread-and-butter survive-the-night modes that span the events of Five Nights 1, 2, 3, and 4, you could try to catch your breath with the shorter, more puzzle-oriented offerings. Parts and Service lets you fix your scary friends up close and personal. One wrong move – say, popping the wrong fuse box in Foxy’s chest cavity or hastily performing a procedure out of order – and it’s jump-scare central. You need a delicate touch and nerves of steel.

Vent Repair, another side mode, sends you down a spooky elevator shaft and asks you to solve rudimentary hands-on VR puzzles with gears and levers while also keeping tabs on animatronics that can come barreling toward you at any moment from your left, right, or center. Recall that scene in Aliens, but replace the Xenomorphs with Mangle and Ennard. I’ll never unsee the way they slink around.

My most feared mini-game, Dark Rooms, involves listening intently for telltale audio cues and strategically waving around a flashlight at the exact right moment. It starts off easy enough with Plushtrap – just wait in darkness for a hint of rustling and beam your light to stop him dead in his tracks – but then there’s these three little dolls, PlushBabies. They’re up to no good. Your flashlight battery can only run for so long before it needs to recharge, leaving you oh so vulnerable, and the creeps are hide-and-seek experts. I yelled. I yelled a lot. I even kicked the air. Five Nights VR is a spectator sport.

Five Nights at Freddy’s VR can be played out of order, so you thankfully aren’t tied to a chronological progression or anything of the sort. (Survive the night, and you’ll unlock the next level for that particular mode.) As a newcomer, I preferred getting my feet wet with the less overwhelming puzzle challenges before tackling the stressful, paranoia-inducing main course. Steel Wool Studios did a stellar job adapting the mechanics of the first three Five Nights games for virtual reality. Everything just works.

Instead of clicking your mouse to blast the hallway lights, slam doors shut, or swap between camera feeds, you physically reach out to touch buttons. If you need to wear the ol’ Freddy Fazbear Head to blend in and ward off threats, you simply grab the mask and toss it on. If your systems need a reboot, just peek to the left and initiate that tense-as-hell process. The UI is all sprawled out in front of you. 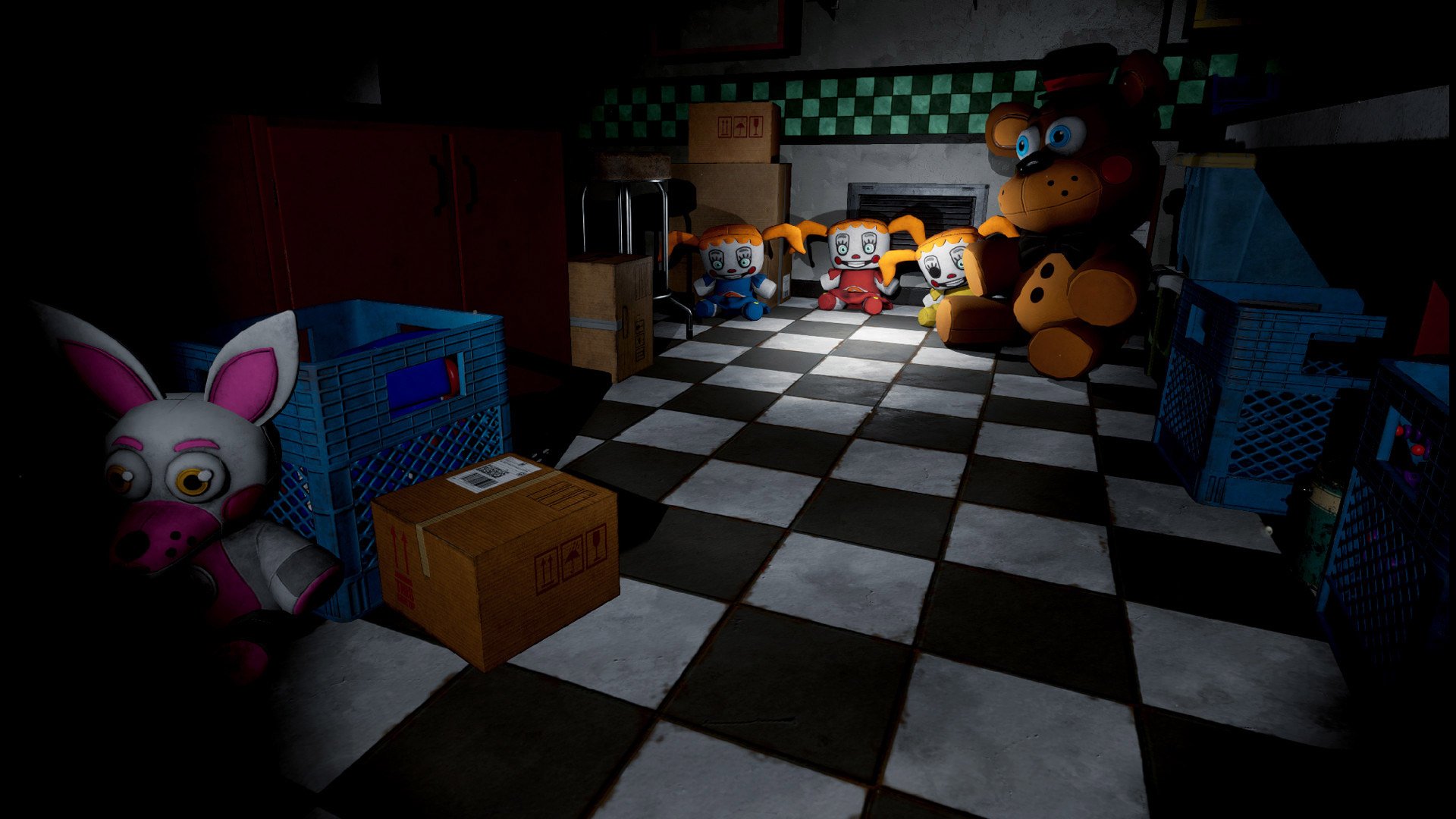 For my fellow PlayStation VR folks, Five Nights VR works best with two (and I do mean two) PlayStation Move controllers, although a single DualShock 4 can get the job done once you learn to keep its lightbar as visible as possible when reaching horizontally. There’s a slight learning curve and then it’s tolerable. I didn’t test the Oculus Rift or Vive versions, but I’m sure they’re super smooth given their tracking tech.

The game encourages you to revisit levels to search for hidden coins (used to buy trinkets) and audio tapes (lore for anyone who wants to know what’s going on with the creepy rabbit chilling in the background). You can also unlock hard-mode variants that distort the visuals, add complications, and otherwise try to trip you up. This isn’t the kind of VR game that you’ll burn through in a single afternoon.

In short, Five Nights at Freddy’s VR: Help Wanted is the real deal. It’s a genuine celebration of everything that has come before and a fresh lens for long-time fans. Even if you’ve never touched a Five Nights game before in your life, you’ll have a lot to latch onto. I’m as surprised as anyone!