We all scream for ice cream

Five Nights at Freddy’s: Sister Location opens strong. A camera pans over the dimly lit features of a vaguely unsettling animatronic girl. An unseen voice calmly dismisses questions about the machine’s questionable design features. “She can dance and sing, she has a built-in helium tank that allows her to inflate balloons at her finger tips, she can even dispense ice cream for the children.” The other voice cuts him off, “With all due respect, those aren’t the design choices we were curious about…”

It’s creepy, intriguing, and immediately set me on edge. After more than a year since the last canon Five Nights at Freddy’s game had been released, I was ready to dive back into the mystery of Freddy Fazbear’s Pizzeria and get good and spooked out in the process.

Unfortunately, Sister Location largely squanders that initial burst of excitement. By the end of the game, I identified more with the unseen voice, questioning the game’s dubious design choices with suspicion. At this point though, I doubt we’ll ever get any answers. 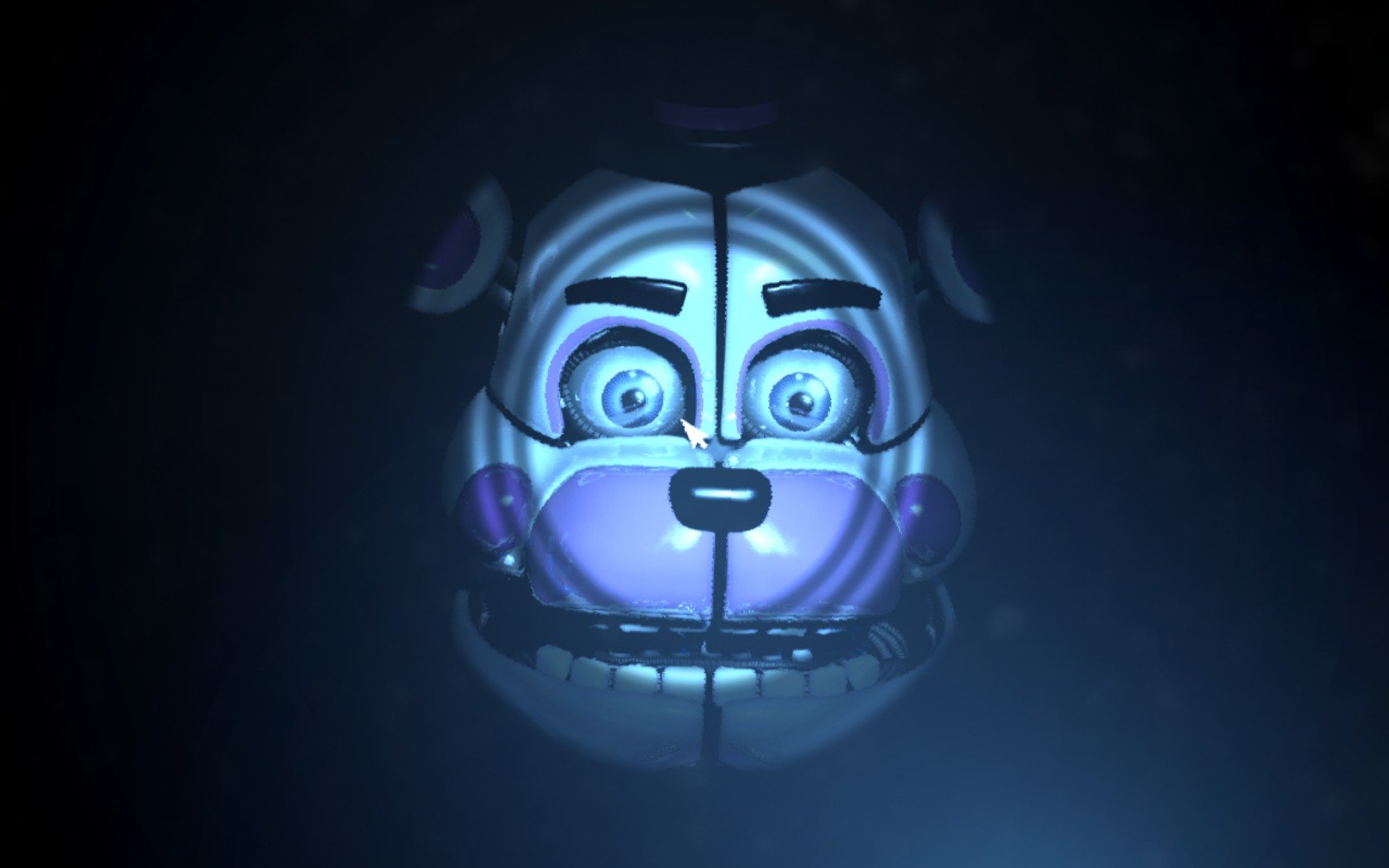 Sister Location gets its name from its setting. Instead of patrolling the greasy walls of the familiar Fazbear chain of restaurants, this time players explore the mysteries of Circus Baby’s Pizza World, a sister-franchise that makes use of the same (evil) animatronic technology.

While Fazbear’s has always been a fairly obvious analogue for the Chuck E. Cheeze and Showbiz Pizza businesses of the real world, there is something more sinister about Circus Baby’s Pizza World. With subterranean maintenance rooms set deep below ground, a network of access vents joining them together, and a reliance on electric shocks and unspecified “procedures” to keep the robots in line, it has more in common with a Bond villain lair than a family restaurant.

Breaking with tradition, surviving each night in Sister Location poses a different challenge and unique mini-game. Instead of being trapped in an office monitoring a set of security cameras to fend off increasingly hostile bots, you’ll find yourself scurrying through vents, trying to silently sneak through darkened rooms, and meeting the different animatronics face-to-face for some minor repair work (and possibly some gruesome mangling).

This varied approach to gameplay is mostly a success. While previous titles have suffered from monotony, Sister Location keeps things moving and delivers fresh thrills throughout the entire work week. The different tasks lead to some fantastic moments and genuinely spooky scenarios such as trying to repair a circuit breaker with Funtime Freddy creeping up on you every time you look away. Another standout moment was having to navigate through Foxy’s lair using only the occasional strobe of a flash bulb to find your way, a shout out to horror movies like Mama and Rear Window.

Sadly though, there are some major pacing issues holding back the experience. The difficulty between nights jumps all over the place, with some seeming too easy while others required several attempts. This can be largely blamed on a lack of direction and feedback, with plenty of the mini-game relying on good old trial and error rather than any kind of deduction. Of course, all the challenges in the game pale compared against night four. Trapped in a springlock suit and fending off waves of creepy little robots, night four is a massive roadblock that almost seems purposely designed to pad out the game’s length. The level is so glaringly out of step with the rest of the game that it was actually patched to be easier a few days after release and is still by far the hardest part. 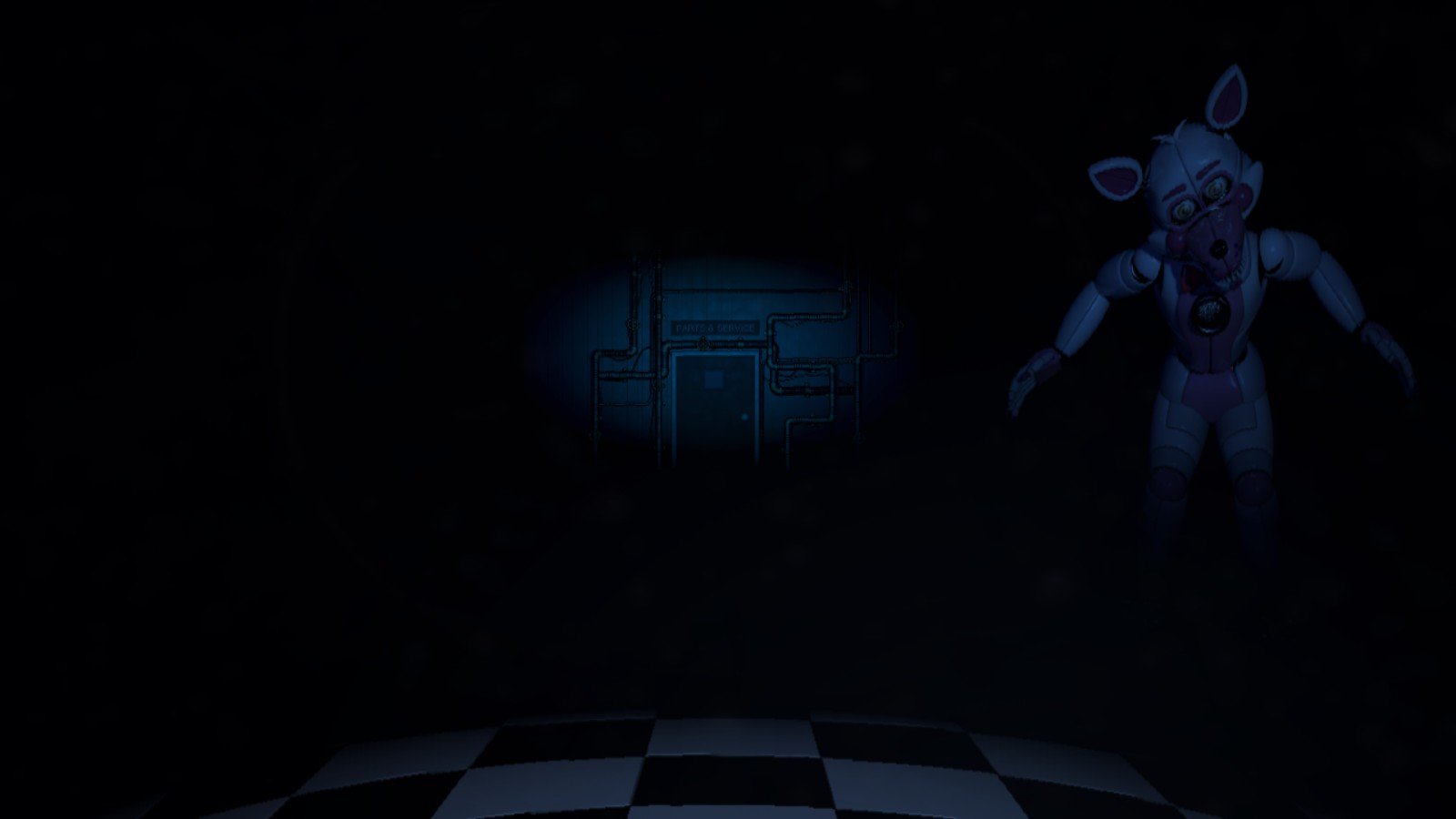 These pacing issues are compounded by the fact that dying often means waiting through protracted dialogue scenes again or repeating large chunks of content. Sister Location is the chattiest of all the Five Nights games so far, featuring more in-game dialogue and unskippable cinematics than any other entry in the series. On the nights that are troublesome, you can expect to rehash the same few plot points multiple times.

While Sister Location contains some of the darkest imagery and content of the series, it also leans on more humorous asides than any of the previous games. Taking, let’s call it “inspiration” from games like Portal and the Stanley Parable, each night is introduced by a cheerfully unhelpful computer A.I. named Handy, who alternates between being charmingly clueless and outright malicious. There are goofy gadgets, ironic posters, and silly background items to click on aplenty, but more bizarre than any of that is how you spend your time away from Circus Baby’s Pizza World. After each shift, you return home to watch a cartoon parody soap opera about a vampire playboy and his baby mama. It’s exactly as jarring as you might expect. 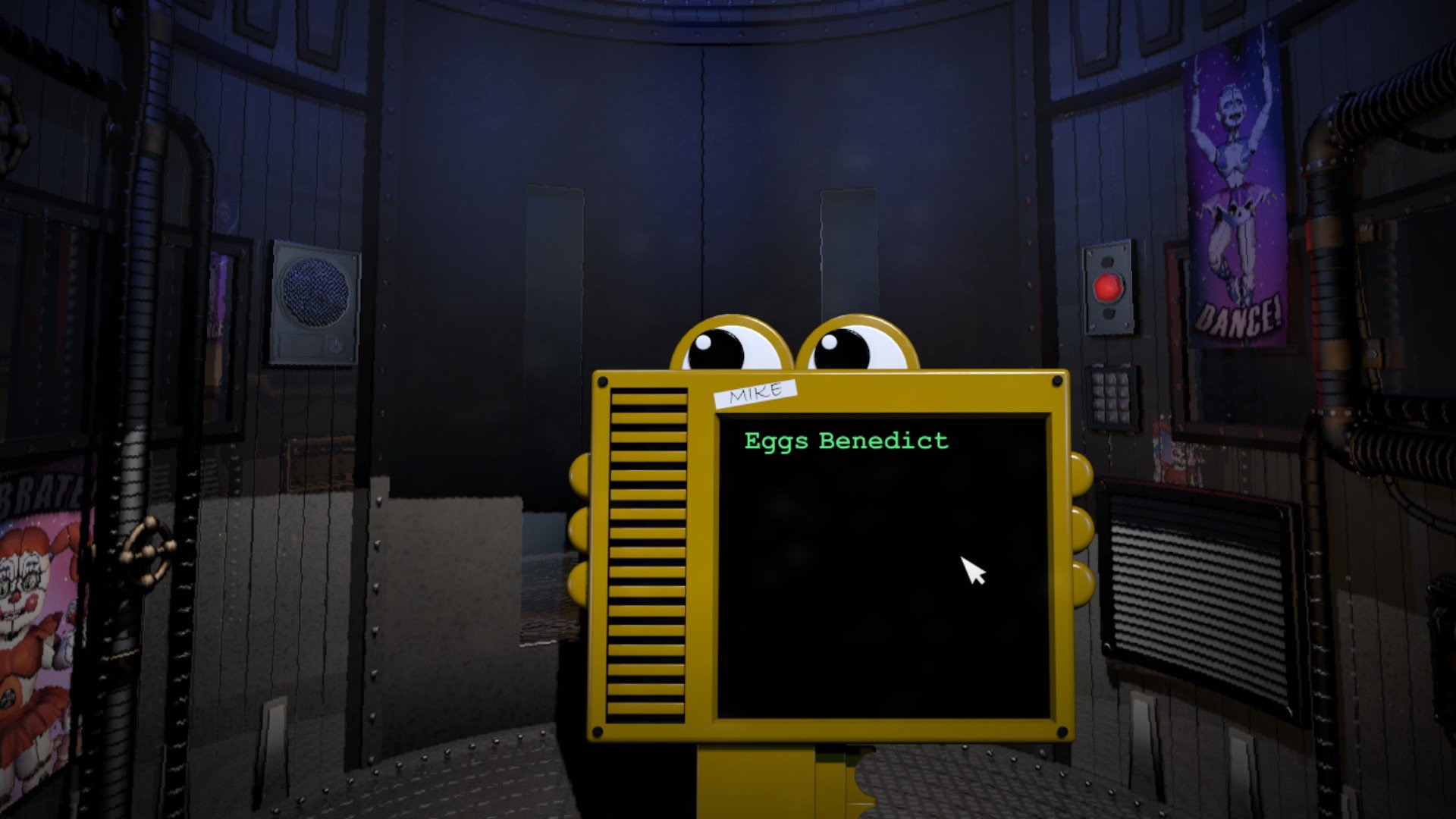 Maybe the idea was to balance out the darker content with some levity, but the result just feels disjointed. Some of the wonky A.I. stuff works (especially when Handy gets stuck on his “angsty teen” mode), but the other goofy asides feel like they were tossed in for the sake of it. Uncharitably, I can’t but suspect that some of this was in the service of merchandising, of creating some easily reproducible bits to turn into key-chains and T-shirt slogans. You can practically seen the wheels of the meme production factory spinning during chunks of the game. If you find yourself wondering why there are T-shirts with “exotic butters” written on them in Hot Topic three months from now, Sister Location‘s random humor is the answer.

As someone who has stuck with the series from the start, I’m torn on what to make of Sister Location. In some ways, it represents a real step forward for the series, offering new and interesting takes on Freddy‘s brand of horror and some interestingly creative risks. But, it also suffers from horrendous pacing issues, a confused tone, and commits many of the same sins as previous entries in the series, made more grievous by repetition. 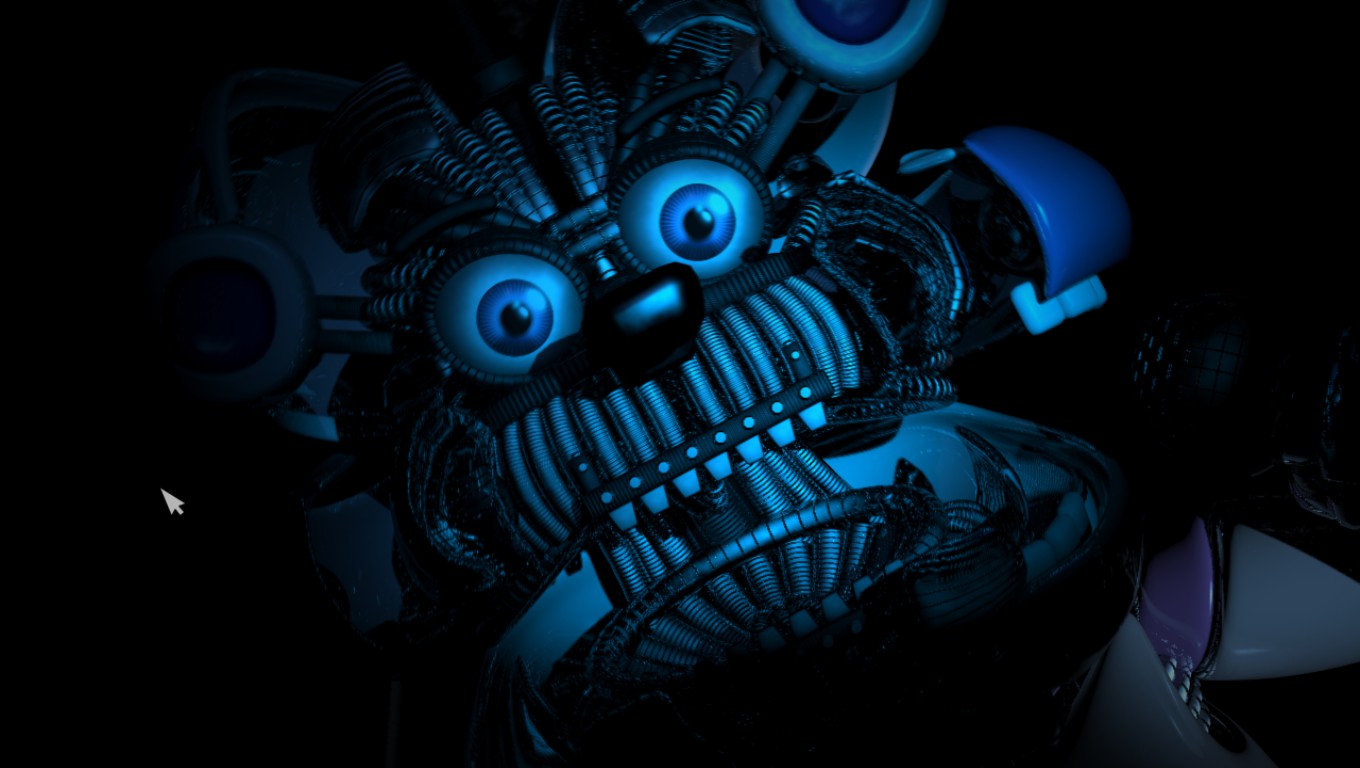 Most frustratingly, Sister Location leaves its fans clutching at the same straws the last two games have. It ends asking the same questions as always – why are the machines evil (or are they just misunderstood), what is the nature of the Freddy’s curse, and how exactly does this particular entry fit into the series’ larger story and timeline and on and on. The Five Nights brand has always crutched on these tropes, but they can only be played so many times before they are worn out. The Five Nights series either needs to start answering some of the questions its set up, or at least find some more interesting ones to ask.