Let’s get ready to … turn off this game

The original Fire Pro Wrestling was a game specifically for the hardcore fans of pro wrestling. I’m not talking about the male soap-opera that is WWE, but a more brutal version such as some of the Japanese wrestling circuits like Dragon Gate or Philadelphia’s Chikara.

Flashy characters, explosive moves, and a huge amount of customization allowed fans of varying styles of wrestling to make the game uniquely their own, and the homages to all sorts of real-life athletes was a nice wink-and-nod to the fans of the sport; the variety offered by the game was stunning.

This is not that Fire Pro Wrestling. 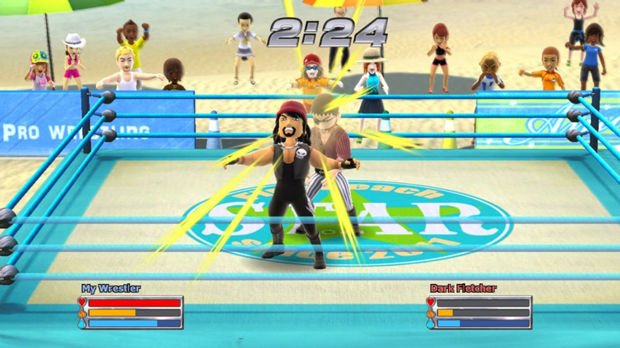 This version of Fire Pro Wrestling takes the name of the beloved franchise and slams it hard onto the mat, then pins it…and then tea bags it for an hour and a half. Virtually nothing from the original series makes its way to this title, and that’s a real shame.

Gone are the customizable wrestlers. Instead, you fight with your avatar. And while you can customize them to some degree with costumes, moves, and items you unlock through gameplay, they all seem fairly flat. Maybe it’s because the gameplay itself is so flat, as your standard wrestling tropes give way to “hit your opponent, grapple your opponent, slam your opponent,” then lather, rise, repeat until it’s time to pin.

And your opponent. Oh boy. No clever homages to wrestlers of a bygone era, or wink-and-nods to obscure hardcore heroes. Nope, these are generic avatars with no real skill necessary to defeat. Some may be a tad harder thanks to cheap tag team tactics (where their partner, no matter how you may detain them still manage to sneak up on you and stop your pin) but for the most part, the matches shouldn’t take you long to play through. 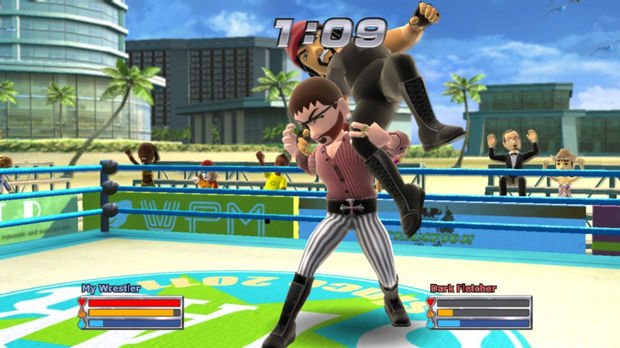 That is, if you can tolerate the control. Moving your wrestler avatar around the ring is a sluggish exercise in patience, and grappling with your opponent is tiresome as hit detection is spotty. Easy matches would be one thing, but the control seems to suck all of the fun out of what is an already boring game. There’s not even that much variety in the move sets. No submission moves, no moves on the ropes (save for a few turnbuckle leaps), and no tag-specific finishers. You can’t even do very much outside of the ring, except what you do in the ring, which is hit, grapple, repeat.

The moves included are few and far between, and you sadly have to play through this mess of a title in order to unlock anything worth using. Special moves, once acquired, feature an unskippable animation, but are at least a decent diversion from the repetition of the standard smack-around you’ll be doing.

But what if someone else bought Fire Pro Wrestling, and you wanted to suffer through it together? Online play is a laggy mess, and the online modes offer the same features as offline; namely slow, boring gameplay. One thing the online mode does differently than offline, however, is remove your health, stamina, and energy bars from the screen. That’s a big help for executing moves where your timing is already in question. 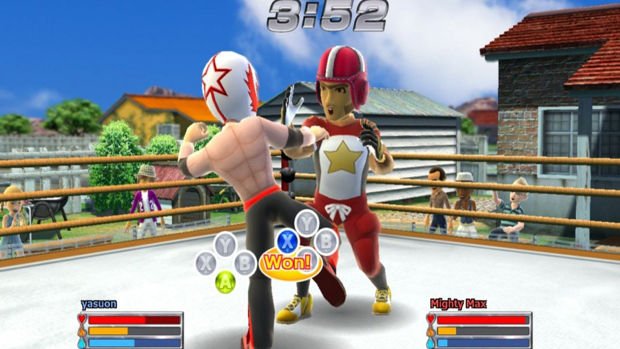 Fire Pro Wrestling on Xbox Live Arcade is the most basic of wrestling games. Flat, featureless, and simplistic, it is devoid of any redeeming qualities found elsewhere such as replay value or fun. What could have been a cool, cartoon-y version of a classic franchise is but a wasted shell of its former self.