The last time we left off in our assessment of Final Fantasy XIV‘s patch 2.3, I had experienced most of the tertiary level content, ready to face off against the big boss Ramuh himself in his true form, alongside of playing more Frontlines PVP and of course, more hunting.

Over the past week and a half I’ve tried just about everything there is to try, and I found that overall, it’s getting people to do a diverse array of content — as opposed to 2.2 which generally funneled people into a few venues. It’s not the most balanced patch, but it adds a ton of stuff to do other than grind out end-game tokens, and I’m sure that makes a lot of former subscribers happy. 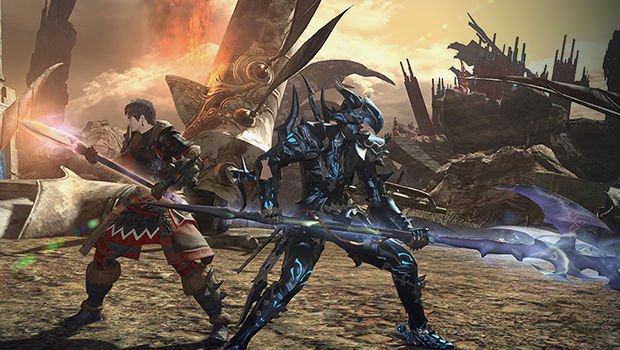 Over the course of the past week, I’ve moved on to my Novus quest from the Animus questline, and found myself having a much easier time getting Myth Tomes — and that’s a great thing. For those who aren’t aware, earning Myth Tomes (and end-game token currency) took quite a while in patch 2.2 — I’m talking weeks, or even months if you weren’t willing to speedrun dungeons.

But in 2.3, hunts, as well as the increased Myth drops all around have made that grind considerably more fun — to the point where it doesn’t feel like a grind in the slightest. At the moment I’m steadily working on my Novus weapon (about a fifth is completed so far), and I’m really enjoying hunting for treasure maps with other players. 2.2 was a good patch in and of itself, but 2.3 has made the game much more accessible in terms of its endgame.

Speaking of endgame, the three expert dungeons I discussed previously are still fun to run, and though they’re not as conducive to speedrunning as past dungeons (because of deliberate gates), each one has a distinct atmosphere that makes them feel unique. I’m sure I’ll get tired of them in a few months, but since hunting has opened up token acquisition, you don’t have to run them more than you want to.

Another bit of content I made it to since my last writeup is Ramuh Extreme (EX), which is a very interesting fight for one major reason — it essentially requires voice chat, or your group is going to have a bad time. The reason for this is because Ramuh will periodically fear two party members, and if they aren’t cured by striking them with lightning on purpose, they will slowly walk into him and die.

It sounds easy enough to just stack lightning and cure them, but if you get too many stacks you will all explode and die because of overlapping lightning rings. Then you have a soft tank-swap mechanic where both tanks need to run around to collect orbs, lest they take roughly 14,000 damage and instantly die. It’s because of this (and more) that lightning-fast (ha) communication is a necessity.

Personally, I like that the developers put something into the game that can’t be farmed with minimal effort, and they have been swift in terms of patching up potential exploits (like Summoners solo tanking the boss with a pet). It’s a cool, unique battle that I definitely will be going in and out of for weeks to come, even if the rewards aren’t all that great. 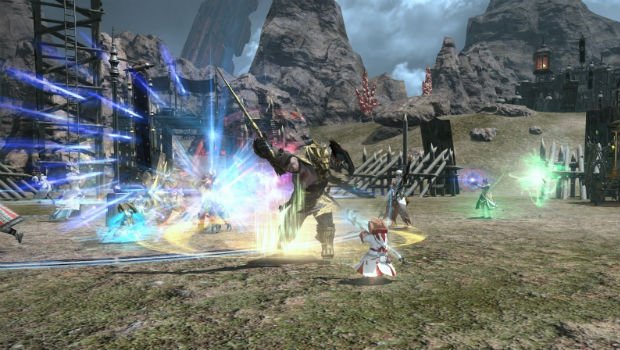 I’ve had a lot more experience with Frontlines PVP (massive 72-person warzones), and I’m having a blast with it. Considering how dull arena fights were in A Realm Reborn, I didn’t really have high hopes, but the communication in Frontlines is strong, mostly because the rewards are significant (Tomes and PVP marks) and worth the squeeze.

Frontlines is your typical “capture the point” gametype with three different teams, but the action-oriented combat system of A Realm Reborn is conducive to fun team battles, and I’ve recorded quite a few highlight videos that made my day. Every skirmish is impactful, and can make or break a particular match, which gives a lot of meaning to every encounter and tactical decision. I’m really excited to see where Warzones go from here with more scenarios, but I can easily see playing the current iteration of Frontlines weekly.

Then you have the Moogle Delivery and Hildbrand sidequests, the latter of which is one of the highlights of the patch. The Moogle questline will see you delivering letters all across the realm, checking in on story characters to see what they’re doing now in the newest patch timeline. It’s a goofy little ancillary bit of quests that are fun to do for a few hours, and give you a little minion at the end. 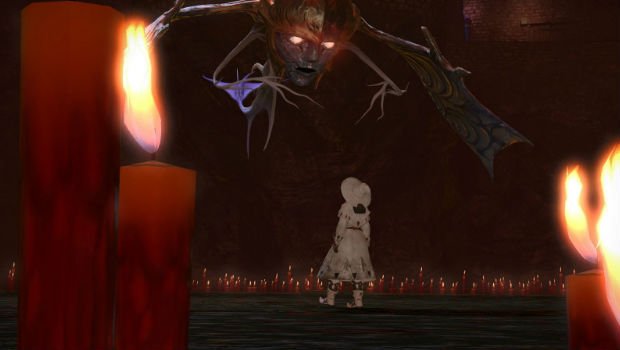 The Hildebrand story is once again amazing, filled with tons of comedy, unexpected turns, and unique enemies to fight. By the time it’s all finished you’ll have done battle with the higher-ups of the Mandragora — those adorable, but deadly plant people. There’s also a nice little tease at the end that Final Fantasy fanatics will appreciate, and a mini-game that will unlock to play at the Inn.

I also had a chance to try out Chocobo raising, but it seems more like a table-setting addition than a real worthwhile update. Not only do you need a Free Company (guild) to take advantage of a Chocobo Stable, but you’ll have to periodically clean it with expensive materials to keep its XP rate high, and the amount of experience you’ll earn is mediocre at best. Until Chocobo training, dying, and racing are implemented, it’s kind of a non-issue.

The main problem with patch 2.3 is that hunts are so good that they encourage players to min-max them rather than play other bits of the game. That’s mostly by way of player choice and not something the developer’s forced upon the player-base, but it’s something to consider when attempting to do older dungeons — it’s the natural evolution of hardcore MMO players, who tend to move to the most enticing methods of gear acquisition. That’s not to say that diversity isn’t there though, because it is. 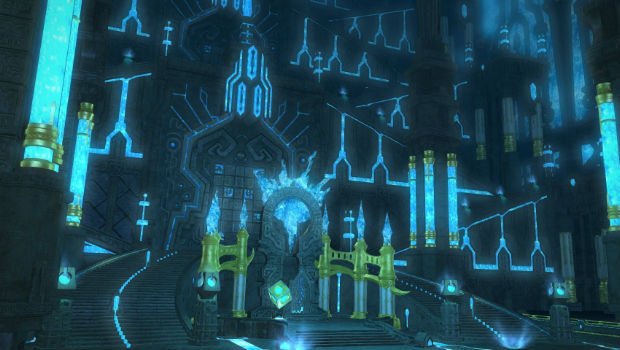 In terms of the overall meta of Final Fantasy XIV, high-level gear is easier to obtain in general thanks to hunts, and the Brutal Second Coil difficulty has given the upper-tier players something else to do for a little while until 2.4 drops, which should be an even meatier patch. 2.3 is not a game-changing update, but it succeeds in giving players of all skill levels more to do, which is easily a good thing.