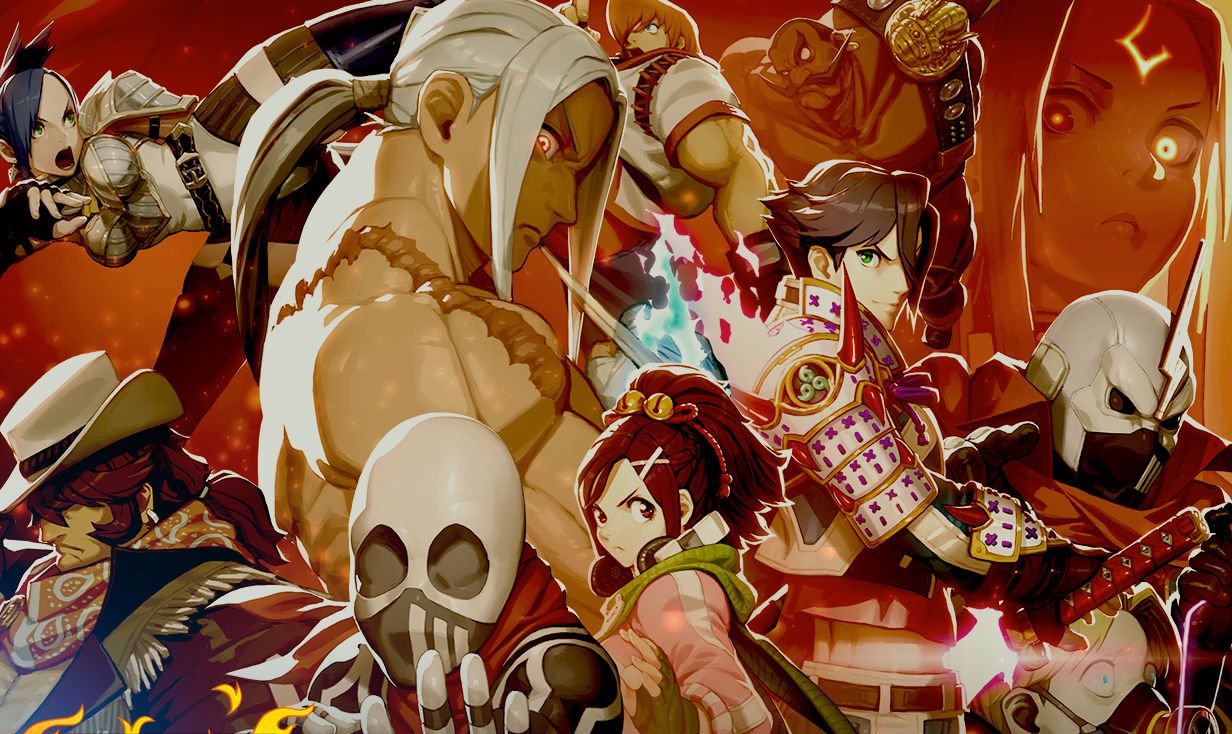 [Editor’s note: This is coming in a little later than expected, but with EVO this weekend we figured it was the perfect time to really dive into this and share our thoughts, especially after so many “where’s my spy camera” questions about this one.]

Arika’s origins aren’t typical of a third-party developer that spun off from its former parent company. In the mid-’90s a bunch of Capcom developers, including one who co-created Street Fighter II, split and created their own studio. But unlike, say, Platinum Games, who had nothing to do with Capcom after its formation, Arika immediately worked with the publisher on a major property: Street Fighter.

The developers’ creation, Street Fighter EX, was popular enough to warrant several remixes and two full sequels, and enjoyed a decent run of four years spanning two generations until it kind of fizzled out. Much of their work after that could be described as transitory.

For years Arika remained dormant, hard at work on the “Classics” line for the 3DS and other odd jobs, but now the team is back in the game with Fighting EX Layer — a new oddity with some of the original characters created during the EX era.

One thing I loved about the Street Fighter EX series is how insane its character design really got: it’s the kind of stuff Capcom stopped doing after a while. It gets a little too anime for some folks, sure, with characters like Kairi who sport the “power overwhelming” archetype, but the fiery skeletal samurai of Garuda is uniquely out there, as is the very creepy garrote-wielding Doctrine Dark, and of course, the always recognizable Skullomania. All of of the above and a few more are back for EX Layer.

Here’s the thing though: it really is just a few. Not including a day-one DLC character (omitted from the “light” edition), there’s 12 fighters available at launch. Now I’ve always felt that numbers in a fighting game are arbitrary. If a game has even just several fighters, as long as they’re all fun to play in their own way, I can deal. EX Layer succeeds in meeting that criteria with the exception of a few throwaways.

It ticks most of the standard fighting game boxes. It has a grappler (Darun), but only one. There’s a charge character (Jack), a few fighters have counters (Sanane/Shirase/Hayate), and so on. Most of the cast’s uniqueness is housed within their aesthetic. A series of looks, mind, that’s wildly subjective. Arika didn’t have a massive budget for this project and it shows, mostly due to the lack of detail with particle effects and accessories/abilities. For me it’s not as big of a deal because of the work they put into the engine, ensuring that it all flows well and combos feel natural (Unreal Engine 4 generally takes care of the basics). But if you scoffed at King of Fighters XIV, this isn’t going to excite you either.

I’m really torn on the implementation of the Gougi system (read: decks of abilities that influence small bonuses in combat), especially since several variations are tied to DLC (you get 10 more if you opt for the standard version of EX Layer). It’s intriguing in theory — the “Aggro” deck boosts your damage and the “Juggernaut” deck grants additional defense. I get the gist and experimenting with different Gougi can change the way you approach any given match. I like it, but I’m uncomfortable with the idea that every player doesn’t have access to every deck.

If none of this is exciting to you Arika made one concession to capture what I would classify as the “on-the-fence fighting game fan.” You can swap to a separate control scheme called “progressive” at any time, which simplifies commands like quarter-circle-forward for a fireball (Kairi) into just forward and punch. That’s it, though. You basically need to have your whole body over the fighter side of the fence already.

EX Layer truly is for someone who really enjoys the art of fighting without a whole lot of extra gametypes to go around. You have an arcade mode (added after launch), challenges, training, and offline/online versus. That’s it! Arika focused on refining its combat system and doesn’t even provide a lengthy tutorial to show you the ropes — that’s your job.

As someone who has been playing fighters for nearly three decades, I can get on board with Fighting EX Layer‘s lack of pageantry. What I can’t accept quite as earnestly is its issue with roster playstyle diversity. The foundation is there, it just needs to be built up further.