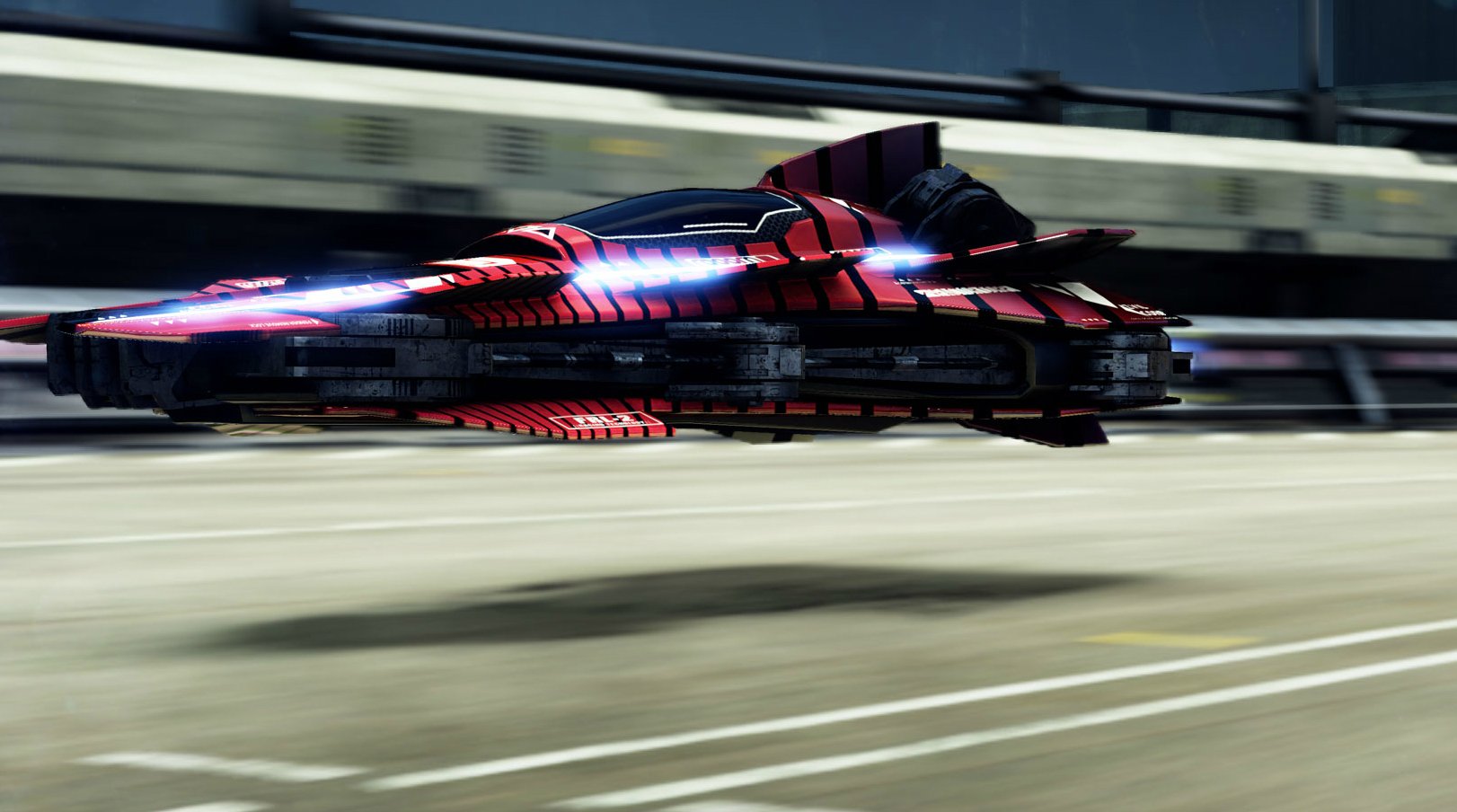 So fast the paint’s peeling off my car

In the three years since the launch of the Wii U, one of the most notably absent Nintendo properties on the console has been F-Zero. The series, which focused on futuristic fast-paced track racing, has been dormant for over a decade with very little in the way of competition threatening its dominance in the genre.

Fast Racing Neo isn’t an F-Zero game, but it’s going to sure as hell fill the void left on Nintendo consoles. Neo takes the fast racing action of that classic series and puts some intelligent spins on the core gameplay loop.

Fast Racing Neo is an arcade-style racing game that really captures a feeling of extreme speed from the get go. Environments stretch and blur as you fly around hairpin turns, jumps land with an immense thud if you’re not lined up correctly, and every collision feels like a fist strapped to a lightning bolt smacked into solid concrete. The racing is immensely fast, as the name makes clear, and the sense of weight and substance behind vehicles helps every movement feel important, responsive, and in control.

Considering the speed at which tracks fly past, the design of the game is stunning. Environments from tropical roadways to interstellar future tubes all feel distinct and memorable, with turns, hazards, and beneficial points well signposted. Turns are clear from a distance, and every design element is colored in such a way that it’s recognizable as a neon point in the distance.

The main feature that mechanically sets Neo apart from comparable super speed racing games is an engine color switching mechanic. By tapping the left bumper on your controller, you can switch the color of your glowing neon engines between blue and orange mid-race. These colors correspond to glowing sections on the track which will boost your vehicle speed considerably, as well as match up with boost jumps. The key to maximizing your speed is keeping up with the colors as they switch to maintain boosts and cut corners on tracks.

The risk involved in the system is that there is a substantial drop in speed if your color clashes with a boost pad or jump you tried to use. If you touch a blue pad with orange engines, you’ll find every other vehicle on the track zooming past you within seconds. The potential rewards are high, but if you’re unsure, you may be better off avoiding these rewards in the heat of the moment. Also on the track are orbs that fill up a manual boost meter, which almost doubles your speed and allows you to push through vehicles that you collide with, knocking them aside with priority.

The game boasts local and online multiplayer, which both work surprisingly well. Online races seemed to be lag free. The hectic pace is maintained throughout with minimal drops from races. Local multiplayer was done via split-screen, and while there was a visible drop in resolution, the sense of speed remains and it was still clear enough what was going on.

It also features “Hero Mode,” which ups the speed considerably, requires players to finish in first place, mirrors every track, and causes your manual boost meter to double as a shield meter. This gametype is quite frankly ludicrous, and gave me a real challenge to tackle once the main cups were cleared. Oh, before I forget, the whole game is playable on the Wii U GamePad in single-player, and it holds up really nicely on that smaller screen.

Fast Racing Neo made a strong impression right off the bat, and is easily one of my favorite games this year. It’s fast, it’s responsive, it has a compelling color-switching mechanic, and Hero Mode provides a stupidly fast-paced challenge that’s going to last me quite some time. I have very little bad to say about this game beside the fact that the resolution dips in split-screen. When that’s the worst you can say about a game, it’s pretty darn impressive.