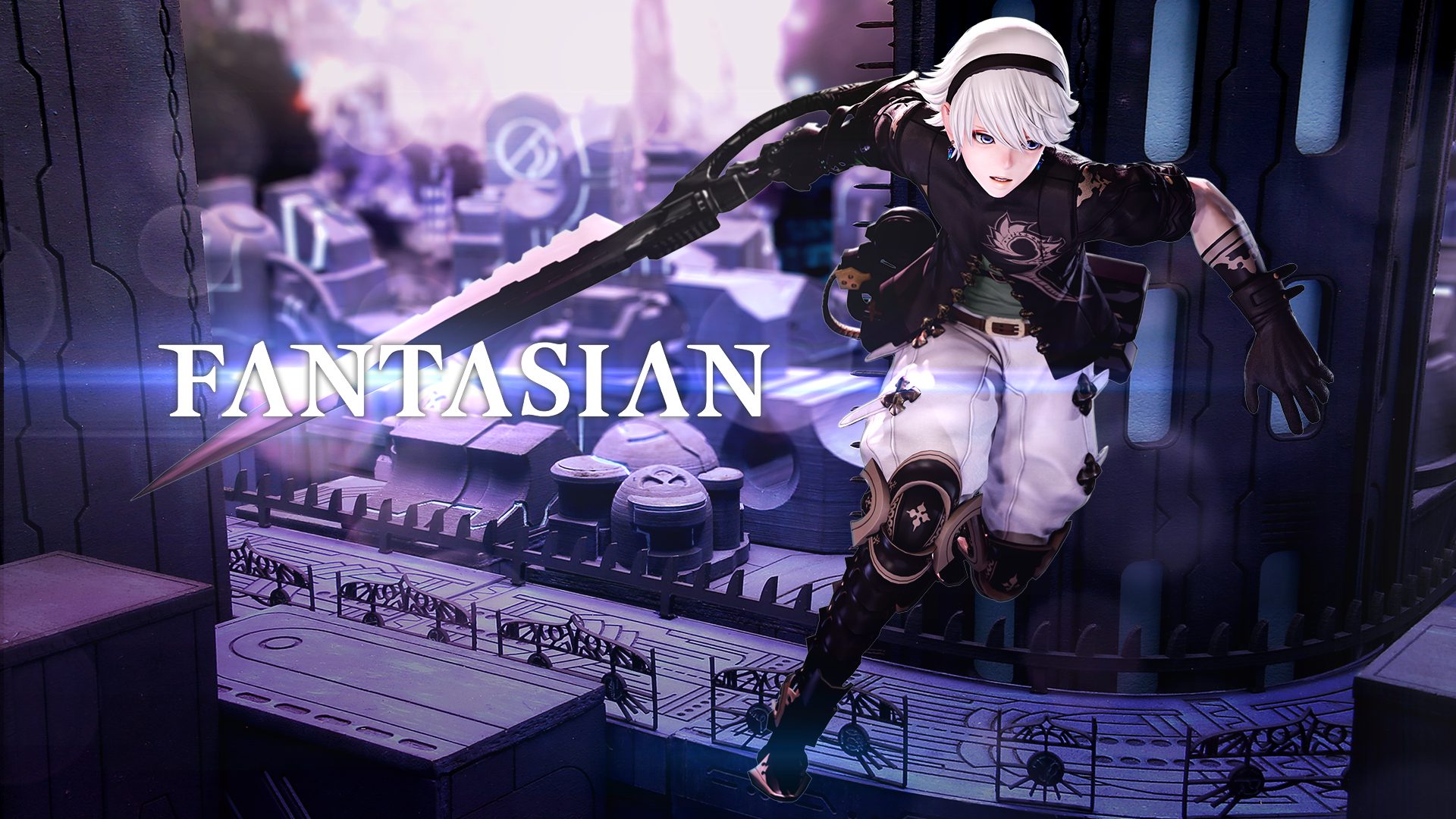 Right off the bat, I should make it clear there really is no Fantasian part two. When the game first released on Apple Arcade, subscribers were only given access to the first half of the adventure, an 18-to-25 hour romp around a world under threat from dangers from another dimension. Because there was no indication how long it would take for the rest of the game to show up, and because the first half had a pretty concrete ending, I was under the impression this game would be two distinct parts, like Golden Sun and Golden Sun: The Lost Age.

But really, the second half of Fantasian is just that; the second half of one complete game. It just picks up right where you left off. There’s no recap or “last time on” to catch you up on things, so if you haven’t played since April like me, it may take a bit to jog your memory. But once you do get back into the swing of things, you’ll find the second half of this game is just as richly entertaining as the first, making for one hell of a complete package. 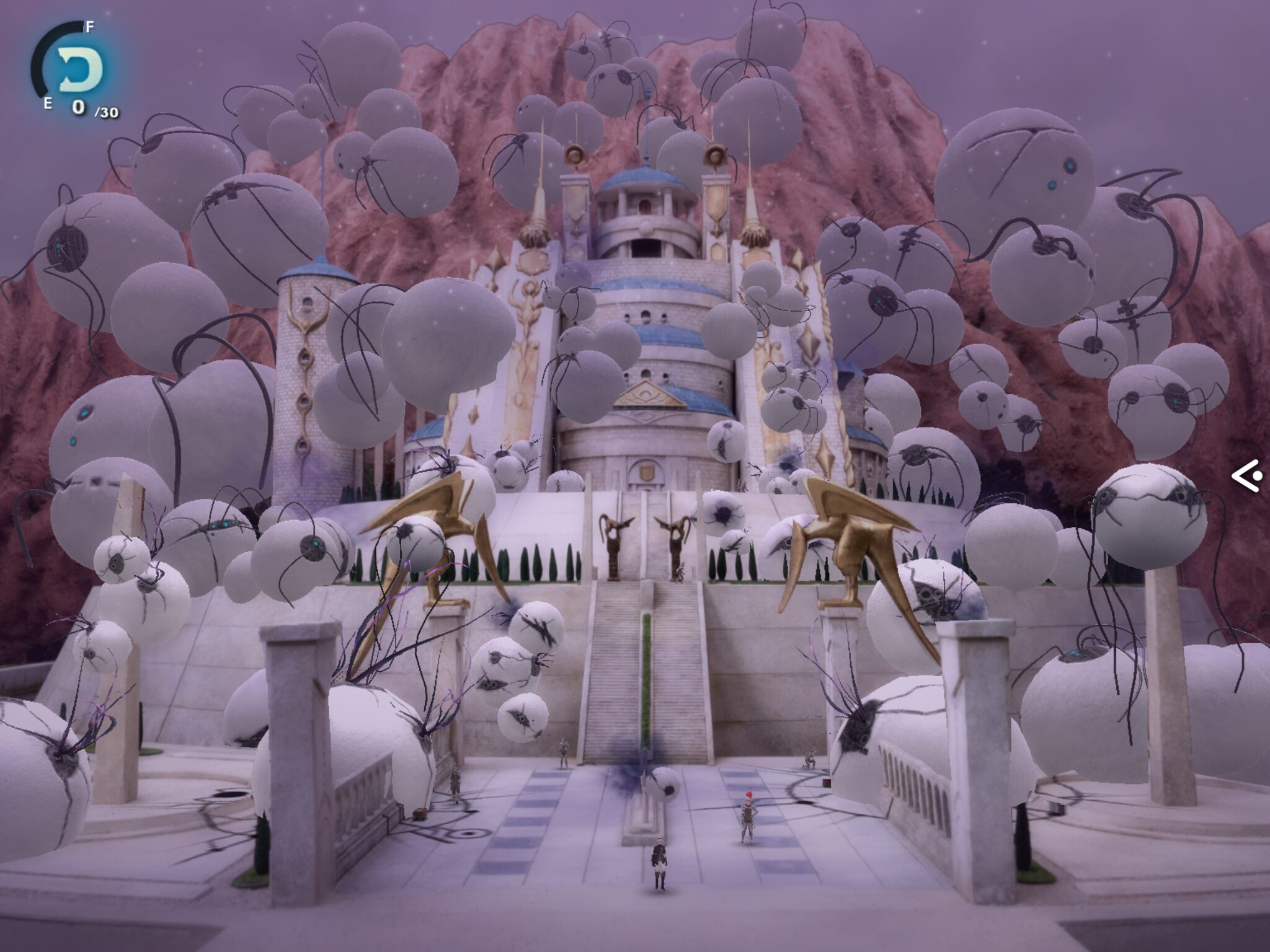 For the sake of this review, I’m only going to cover the second half of Fantasian. If you want more information about the first half and the outstanding Dimengeon battle system, you can check out my review of it here.

With zero fanfare, the second half of Fantasian picks up with heroes Leo, Prickle, Clicker, and Valrika leaving the Chaos Realm in search of Leo’s companions. Following the defeat of Vam in the first half of the game, the team is pulled apart by a wormhole with members scattered to different parts of the Human Realm and beyond. Unlike the linear nature of the first half of Fantasian, the second half is open-ended, with quests you can take up and events you can complete in whichever order you want.

Or at least in any order that you can. One thing all new and returning players should be prepared for is a heightened difficulty level in this half of the game. Mistwalker is pulling no punches here with boss battles that often made me want to break my iPad in two. Most bosses you face have multiple attack phases with moves that can devastate your team in just one blow. Even if you meet or exceed the suggested minimum level for these fights, which is clearly advertised beforehand, you can find yourself seeing the game-over screen again and again if you just try to muscle your way through it. 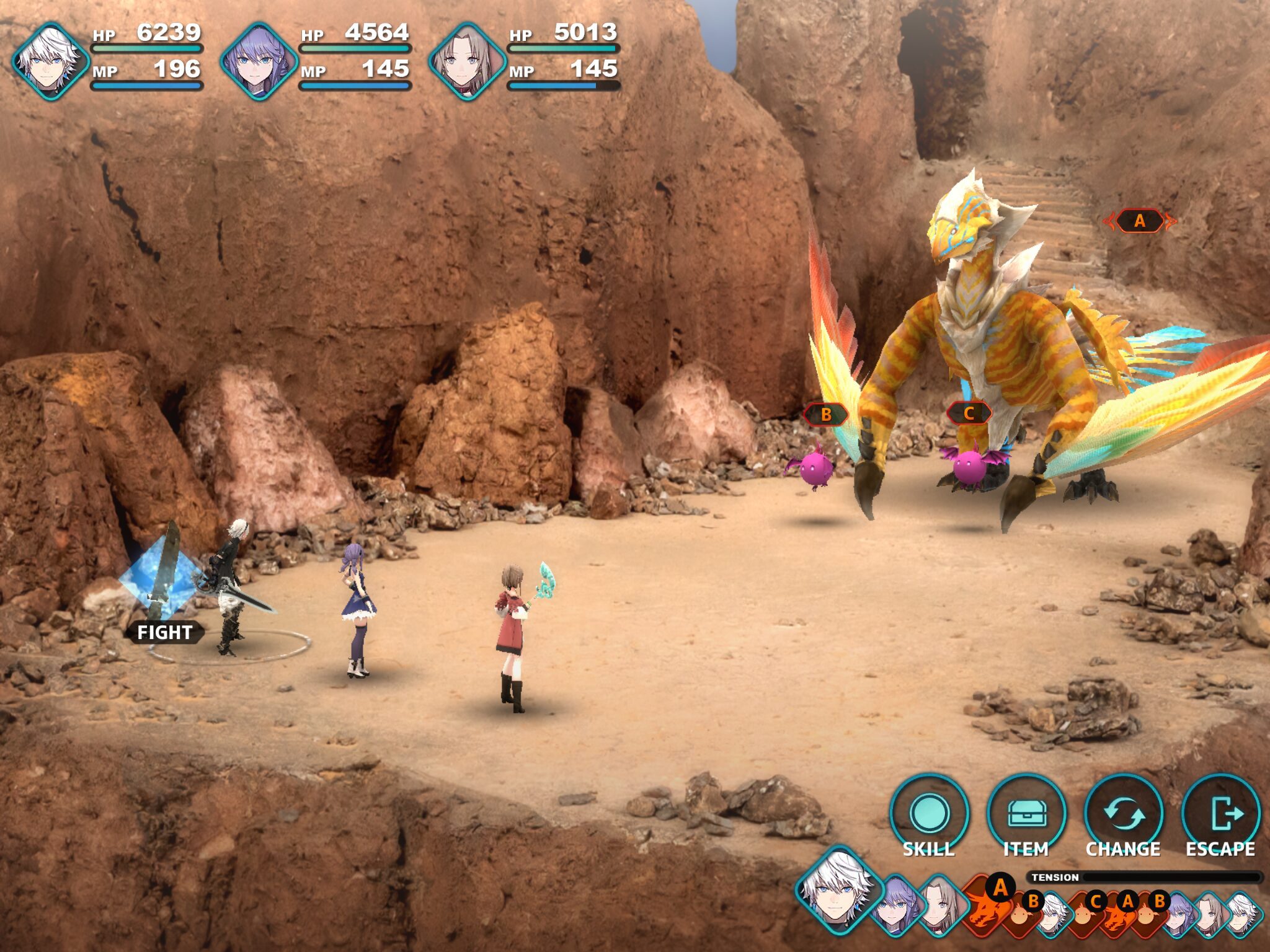 Finding success in the back half of Fantasian comes down to how well you can study your opponent and your Growth Map. Each character has their own map you can use to unlock new skills as you level them up and I cannot stress enough how crucial many specific skills are for each character. Certain skills can mean the difference between never being able to defeat a foe and beating them in one go.

Thankfully, Mistwalker made experimenting with character builds as hassle-free as possible. You can respec your Growth Map at any time with no artificial cost. After dying six times in a row attempting to beat a boss, I made some minor tweaks to Valrika’s map (Hint: You’re going to want to max out her Arrow Rain asap). The next time I did battle, I breezed right through the encounter. The game also makes switching party members in battle easy. As long as a character isn’t dead, petrified, asleep, or enraged, you can switch them out without spending your turn. You can only have three characters in battle at once, but there are some encounters you may find you’ll need the skills of four or five party members to win. At least, I did.

Admittedly, part of my problem is I did things out of order. While you’re free to tackle this half of the game as you wish, there is a clear path players should be traveling. As you find your comrades scattered around the world, they’ll come into the party at a set level. When I added the final two of my missing friends to my group, the rest of my party was a full 12 levels ahead of them. That was not the case with anyone else I found. I had to grind to catch them up, which isn’t a chore thanks to the Dimengeon battle system, but it also wasn’t a great help to the rest of my squad. 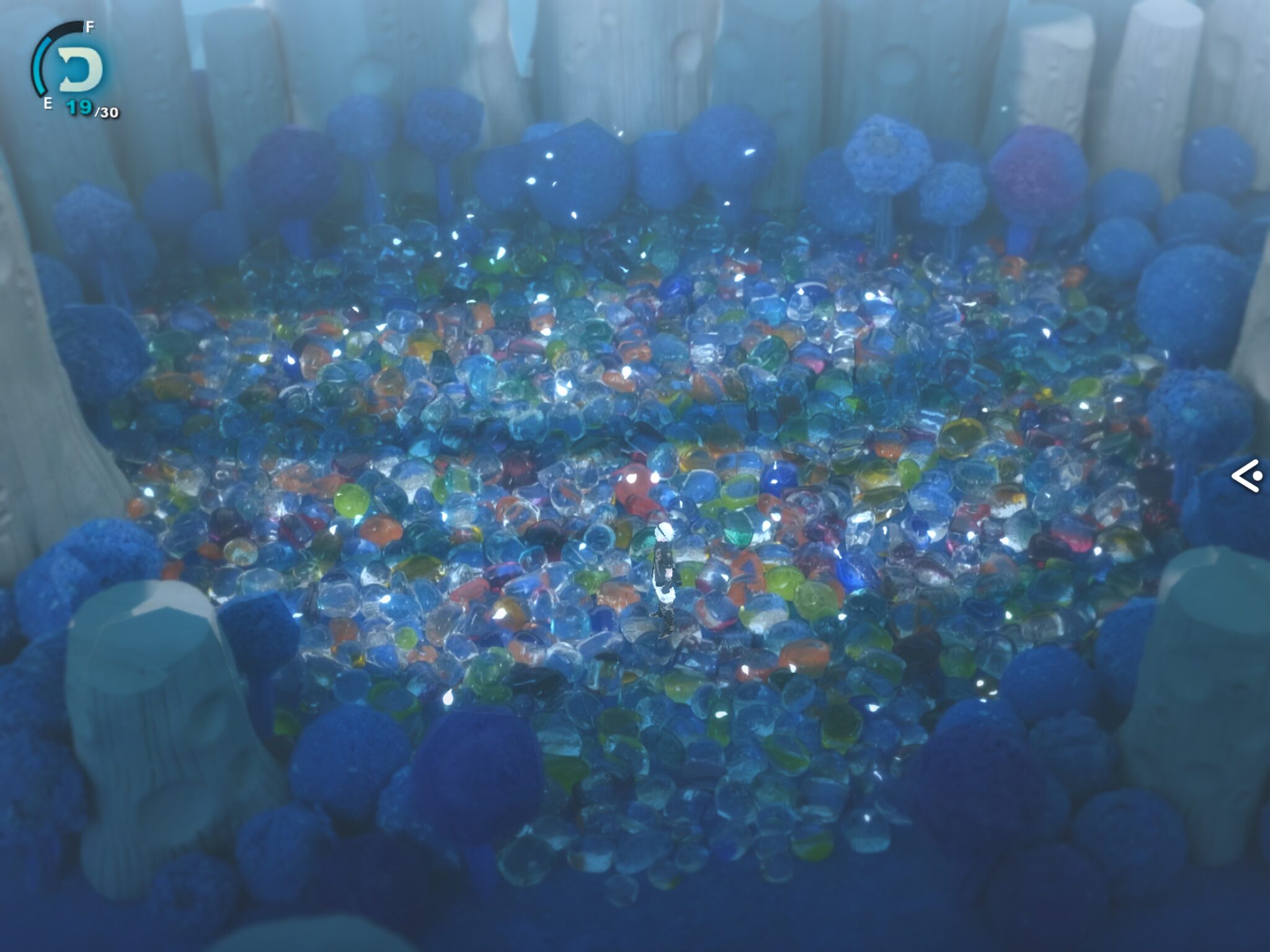 Fantasian really doesn’t want people cheesing the game to overpower their team. Once a character hits level 35, they’ll earn a minimal amount of XP when fighting weaker foes. This means you can’t just run around the one location killing the same enemies. You have to keep pushing forward into higher-level areas. Annoying at first, this system did continually goad me into exploring more of the world and completing the not-so-optional sidequests. Some of these quests are simple jaunts across town and back, others send your team on adventures to new and previously visited locations with difficult boss battles waiting at the end. Combined with the mandatory story quests, the open-ended section of Fantasian is a meaty experience.

It’s also an interesting experience in terms of story and world-building. Players get access to more vignettes for each character that add a rich layer of intrigue to our heroes and villains. The beautiful hand-drawn art of these segments is back with some of the best illustrations I’ve seen in quite some time. The new areas you explore do plenty to flesh out character backstories and the different realms, and while the hand-crafted dioramas looked outstanding in the first half of the game, several late-stage areas here are absolute jaw-droppers. Somehow, one of the most beautiful games of 2021 found a way to make itself even more stunning. That rings true for the music too as Nobuo Uematsu’s score is as epic as anything he’s created before.

Ultimately, the strengths and weaknesses I found in the first half of the game carry over to the second half. The story isn’t all that original and the dialogue does nothing to distinguish each character. Beyond that, everything else here — the combat, the art direction, the leveling system, and the music — is stellar. And while I’m on the subject of stellar, I do want to put a spotlight on the excellent work that went into programming the pathway-finding system. 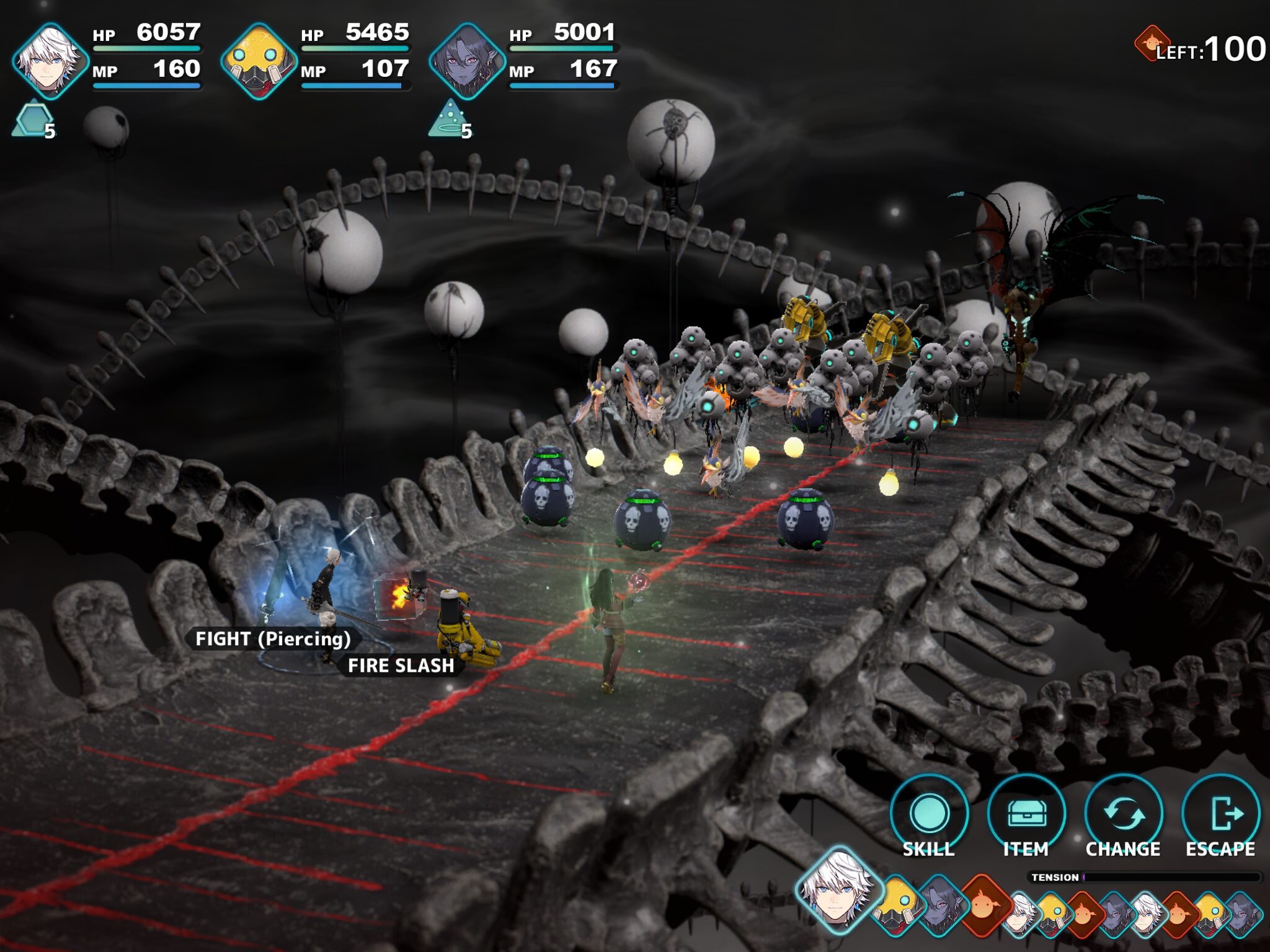 I played the second half of Fantasian solely on my iPad due to a game-crashing bug on the Apple M1 version. I didn’t use a controller, though that is an option, so it was an exclusively touchscreen affair for me. To move your character with this control option, you simply press a point on the screen and the character walks there. Thirty hours of playing the game like this has left me deeply impressed with how accurate and intelligent this movement system is. I could go to the mini-map, pick a point on the opposite side of the diorama, and watch as Leo moves there without fail. There was never a moment where the A.I. became confused or gave up or glitched. The only time I couldn’t travel directly from one end of a room to the other with a single tap was when there was some sort of movement puzzle involved in getting around. I know this seems like a very minor aspect to gush over, but if it didn’t work as wonderfully as it does, I’d probably have a different view of the final product.

Given the mighty quick turnaround from the release of the first half of Fantasian to this complete version, I kind of suspect I could have reviewed this entire game back in April had somebody in charge at Apple not insisted on splitting it up. While that might have been a good business decision, Fantasian is a game that really should be played without any long, unnecessary breaks. Because this is a truly remarkable title, one that marries some of the great concepts of JRPGs past with new ideas that move the genre forward. I know a lot of people out there are hoping this jumps to other platforms, but until that happens, I think it’s safe to say Fantasian is Apple Arcade’s killer app.