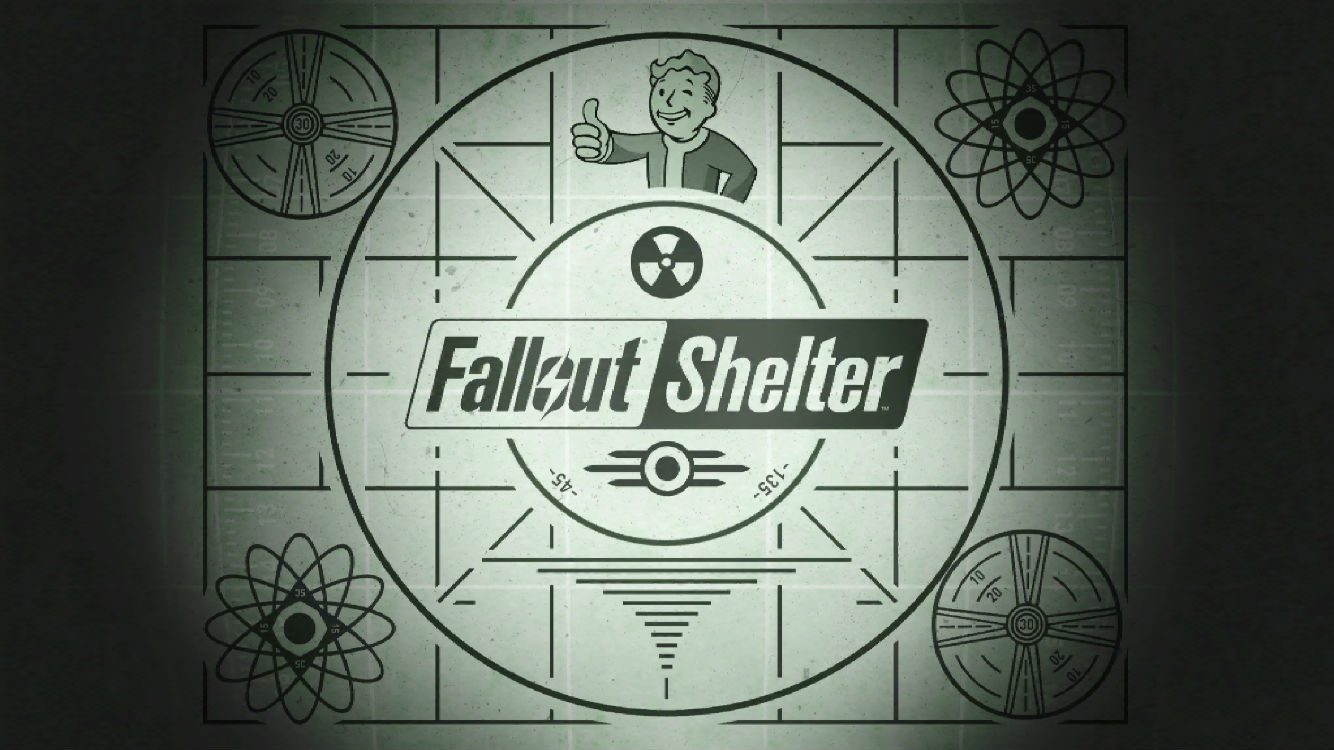 Last night at Bethesda’s press conference, we got our first surprise of E3 2015: a brand new mobile game set in the Fallout universe called Fallout Shelter. It looked innocent enough, hearkening back to classics like XCOM as well as a relatively unknown project called Progress Quest.

It puts you in the shoes of a Vault Overseer, allowing it to take place within the confines of the universe without putting anything canon-related in jeopardy. That middle-of-the-road approach permeates throughout the game.

The gist is that you’ll basically need to build your first vault from scratch, with a power source, a water treatment plant, and a cafeteria to serve food as a baseline. As you play the game, more citizens will line up outside of your vault, ready to suit up and get placed into a new room. As time passes, said NPCs will work and earn you resources, which can be gained by tapping on the location — simple stuff that I’m sure you’ve seen before. Other than a few nuances like the ability to place male and female NPCs in a living space and potentially create children or ship off inhabitants to scour the wasteland off-screen, that’s it. It’s a lot like SimTower, or its mobile successor, Tiny Tower. Tapping is the name of the game.

Unlike many games though, Fallout Shelter actually forces you to keep up with your resources. If you don’t power your vault enough, rooms will shut down. If you don’t keep your NPCs fed, they will lose health and productivity. A low water resource will cause your citizens to become irradiated, and so on. Your personal hamster-wheel involves completing objectives and upgrading rooms to earn caps, which in turn allow you to build more rooms to take in more inhabitants, which unlocks more advanced buildings. It’s all pretty straightforward, but sometimes objectives are a bit broken, as you’ll need to re-do things you may have already completed (specifically in the case of equipping an NPC with a certain item in my game).

The entire process is enhanced by the fact that visually, Fallout Shelter is far more impressive than most resource-management games on the market. I love how when you double-tap on a particular room it does this 3D-like zoom, which looks great when juxtaposed to the cartoony art style of the vault inhabitants.  It’s very easy to click on everything, and although the scrolling sensitivity could use some tweaking, the game as a whole is responsive.

During its E3 conference last night, Bethesda noted that it didn’t have any underhanded sales tactics with Fallout Shelter, as it was playable offline “without energy meters.” Now, that’s technically true (it works in airplane mode), but you will have to wait to earn more caps from rooms to actually do anything substantial with your vault other than look at it. What’s actually cool about Shelter is that you can “hurry up” activities by taking a chance rather than spending premium currency (like every other game on the market) — the catch is that room might explode or cause an “incident,” which may kill off citizens or spread to other rooms.

These can involve things like fires, or even radroach infestations. In the latter case, I had just equipped my mess hall officer with a handgun, which she used to fight off said roaches. It’s a nice risk-reward feature that you don’t see often. For a game like this the pacing is decent, as most early-game resources take one to three minutes to earn. It’s slow though for sure in terms of earning caps and building new rooms in the long-term, as Fallout Shelter is an experience that’s meant to be played over time — so much so that many of you may give up on it after all the waiting involved.

There are optional microtransactions however in the form of “lunchboxes,” which range from $0.99 per box to $19.99 for 40 of them. You’ll earn “Shelter Cards” for your trouble, one of which is guaranteed to grant you a rare item “or better.” For the purposes of science (and this review) I purchased one, which granted me a stimpack, a 10mm pistol, 100 caps, and a sturdy piece of battle armor. All of these items aren’t particularly game-breaking, and you can earn a few lunchboxes yourself by completing objectives. Faster world progress hinges on earning lots of 500 cap boxes on a whim, so I see the obvious slot machine draw here that Bethesda is going for.

Fallout Shelter is a pretty inoffensive mobile resource management game. While it could have exploited fans at every turn like EA tried to do with Dungeon Keeper, it’s actually a nice little way to spend an afternoon while you wait for Fallout 4 to come out in November. Just don’t expect anything particularly exciting, as it is slightly skewed towards enticing you to spend money on it — lest you wait to enjoy it in short spurts.

[This review is based on a retail build of the free-to-play game. $0.99 of in-app-purchases were made by the reviewer.]