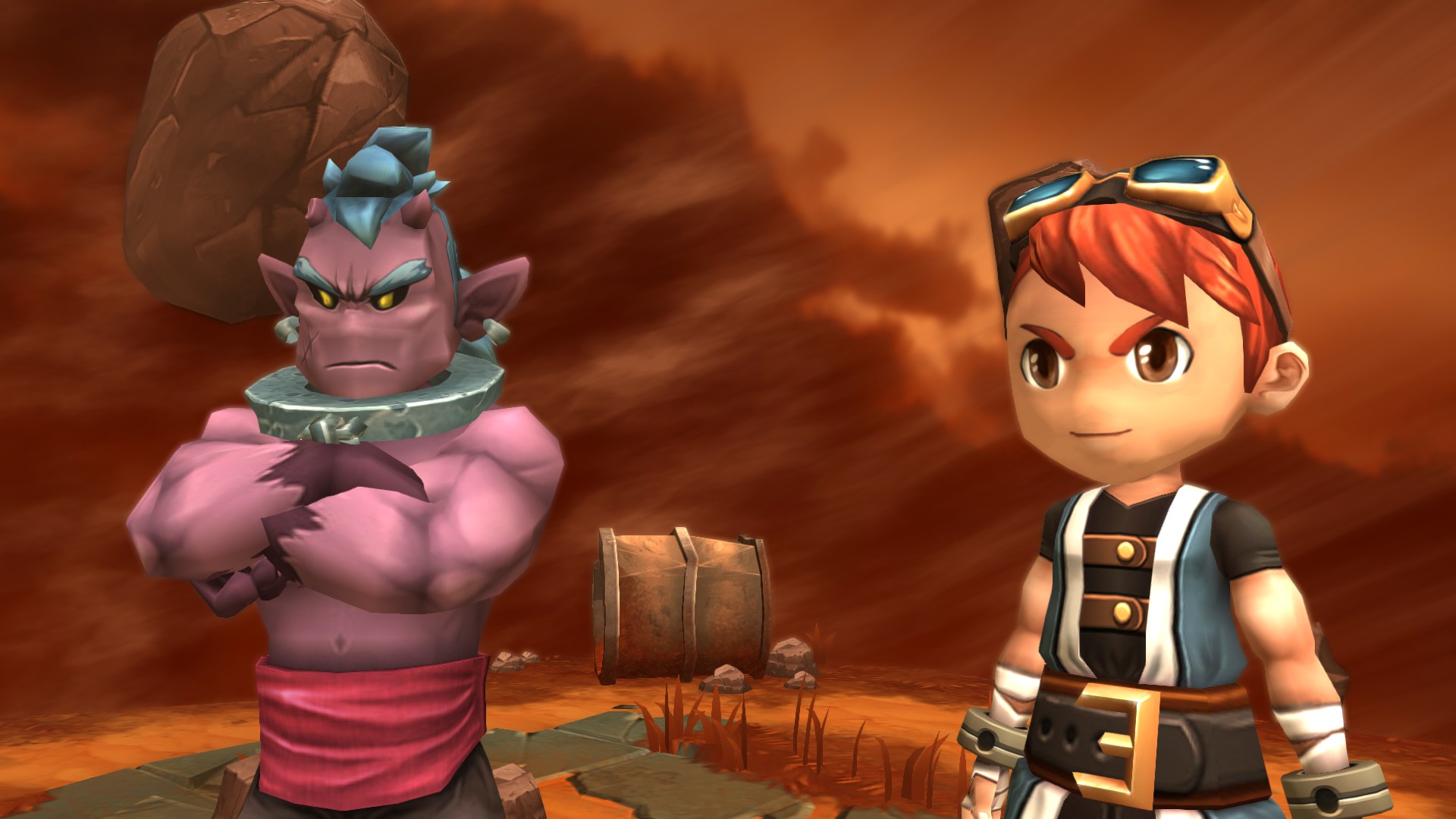 I’m every genre, it’s all in me

Real-time RPG, turn-based RPG, tactical RPG, hack and slash, bullet hell, beat-’em-up, rhythm, side-scrolling shooter, fighter, puzzler, platformer, Metroidvania, and more: Evoland 2 takes basically every classic genre and combines it into one coherent package with the visual stylings of today and the past.

Like colors of the rainbow, these genres shine brighter when standing on their own, but that doesn’t mean you should pass on Evoland 2, especially if you’re a classic RPG fan.

Serving as a spiritual sequel, Evoland 2 doesn’t require knowledge of the original game, which is a good thing for me as I’ve never played it. Judging by our review of the original, it sounded like a fairly short and linear experience, which the sequel is anything but — for better and for worse.

The story took around 16 hours to complete and even then there were a few optional collectibles that I didn’t bother getting to 100% the game. They felt like filler. A majority of my time was spent in conversations with characters that often seemed to drag on as they talked about nothing in particular or kept a joke going for far too long. Between scenes, there are often transitions that almost feel tailor made to extend the playtime. For example, when climbing onto a boat, instead of just showing the main character get onto the boat, your party splits up and walks on one at a time.

The story of Evoland 2 is pretty par for the course as far as RPGs go: hero of time meets party members with their own conflicts, and travels through time collecting parts of an item to stop a terrible event from happening. You won’t find anything too impressive, but there are at least a couple of twists to add a bit of flavor to a story we all know.

Once the dialogue ends is where the real fun begins. A majority of the game plays much like top-down Zelda games from the past meaning you’ll be hacking and slashing enemies and solving puzzles in dungeons. Other times, you’ll be playing levels based on many genres of old with tongue-in-cheek references to the games that popularized them including Cave shooters, Double Dragon, Puzzle Quest, and even Dance Dance Revolution. These levels work in your party’s abilities seamlessly, which is impressive since there are so many different genres.

While these levels are parodies or homage to the games of old, I couldn’t help but feel I’d rather be playing most of those games than the levels in Evoland 2. The beat-’em-up level’s mechanics were pretty generic, and the tactical RPG level was tedious, while the Metroidvania and shooter levels were decent, especially the final level that combines the two in an experience unlike any other I’ve played. You’ll be zipping around in the skies with the option of dropping to the ground when needed; the level was so great I couldn’t help but wonder what an entire game in that style would be like. An optional collectible card game side quest that has you playing what feels like baby’s first Hearthstone is entertaining, but as I’m a Hearthstone addict I wasn’t tempted to finish it when I could just play the real thing instead.

Throughout the entire experience, you’ll be swapping between in-game times which have their own graphical styles that match up with Game Boy, 8-bit, 16-bit, and more modern-day 3D graphics. There isn’t a lot of guidance or hand holding, and you’re free to come and go as you please with the ability to do dungeons in any order starting around the middle of the story. Graphically, Evoland 2 nails the games and systems it is based on, from sleek pixel art to more modern 3D graphics.

Unfortunately, my playthrough was not a bug-free experience for me, as I experienced stuttering, graphical glitches, getting stuck on the overworld map, and a red error that wouldn’t leave the screen after the graphics failed to load. There have already been various updates fixing some of these issues, but leaving the game in the oven for a couple of more weeks probably would have been beneficial. That being said, a simple restart fixed all these issues making them minor but noticeable inconveniences.

Overall, Evoland 2 is a pretty good Zelda-style game with mediocre pieces and parts of other games mixed in; it doesn’t reinvent the wheel but pays homage to the wheels that came before it. If you’re thirst for an RPG and just can’t decide what genre of RPG to play, or are just looking for your Zelda fix, this is the game for you. Otherwise you might just find yourself wishing you’ve played the games it is inspired by.