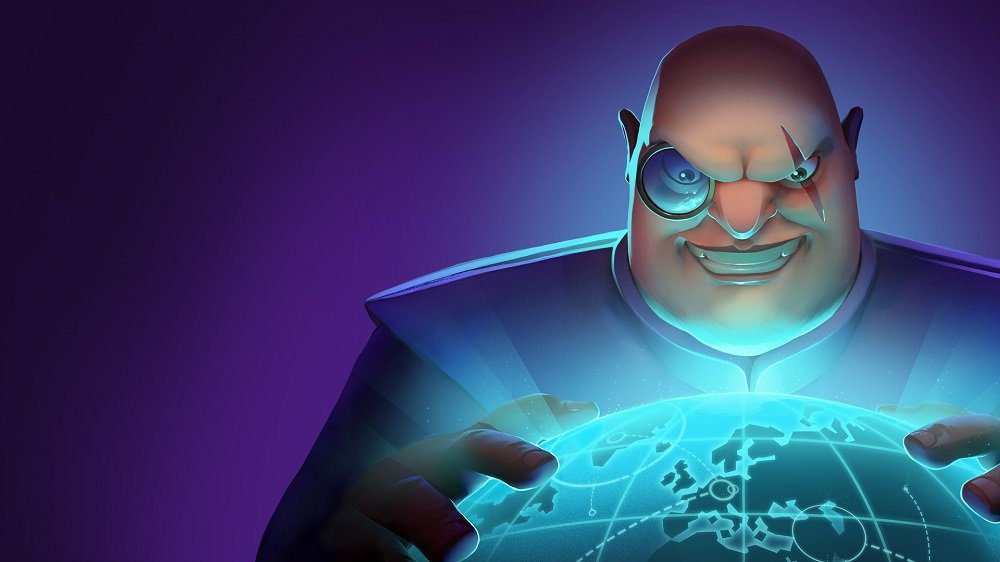 The evil genius archetype is one that fascinates me. It’s not that outlandish that an eccentric megalomaniac could gather a group of underlings and launch a campaign against the world, but I can’t convince a courier to leave a package at my doorstep, let alone a legion of faceless goons to lay down their lives for me. I also don’t know what I’d do with the world if I ruled it. Enact permanent daylight savings and mandatory nap times?

Forget that, though; what would I make my minions wear? What humiliating nickname would I give my most loyal henchman? How would I mock secret agents? I’d probably invite them to tea and just repeat everything they say.

Back in 2004, Evil Genius provided me the chance to live my dream. Kind of. I really enjoyed the game, but it definitely had its problems. Nonetheless, Rebellion has seized the reins and has breathed new life into the property with Evil Genius 2: World Domination. Their approach to a sequel seems to be a complete do-over. The result is another game that may not be for everyone but certainly tightened the screws on the old doomsday device.

Evil Genius 2 casts you as one of four masterminds. There’s Maximillion, your typical Ernst Stavro Blofeld kind of dude; Red Ivan, a military dictator sort of boss; Zalika, an aloof, science-minded mad genius; and Emma, who looks like she has a closet full of clothes made out of the hides of children’s pets. Each one comes equipped with their own twist on the campaign and a unique doomsday device. You also get to pick from one of three deserted islands, which becomes your soul real estate for the game. No switching up halfway through this time.

The plot is much the same as the first one: you’re evil and you’ve got a bone to pick with the world. There is some indication that this takes place after the first game, so I guess your old well of evil dried up and the world got back to business. If at first you don’t succeed…

The formula is somewhat the same. It’s largely a management game where you build your base, run human resources for your minions, and enact schemes on the world stage.

The base building is key to your plans. The forces of justice will come knocking to ask you to stop being so bad, and a well-maintained base is necessary to keep them at bay. Evil Genius 2 diverges a bit in focus from the first game. With the original, good base building meant keeping up a front: build your innocuous rooms towards the entrance and your important stuff in the back where they can’t get to them. For bonus points, build a hotel so invaders get bored and decide to leave.

Here, the cover operation is less important. Don’t get me wrong, there’s still an advantage to building your good stuff in more secure areas – and the casino front is good for repelling bog standard investigators – but some enemies can’t be distracted, aren’t on a timer, or just use the back door.

This means you’ll be relying more on placing traps and making sure your henchmen and minions can react to intruders in the most efficient way possible. Screw it up and your hallways will be littered with body bags. Get it right and they won’t make it across your welcome mat.

The world stage has been completely redesigned. In the first title, you’d move your pawns onto the territory you want to plunder and then just complete missions or wait while they accumulate wealth, but here you will need to take a more active role. It’s still the place where you complete most of your missions and build your wealth, but they’re all done by accomplishing schemes. Schemes are performed by sacrificing a certain number of minions, intel, and cash, which could be viewed as the game’s three primary currencies.

Heat has changed as well. Each territory has its own heat threshold, and all your heat accumulates for whichever of the five factions the territory belongs to. Previously, you’d send out deception minions to hide the presence of your combat minions, but now you have to drain your heat with, what else, schemes.

This can make it difficult to monitor your heat levels. This gets worse when special agents hit the field and start cranking up the heat on whatever territory they’re in. You also have to be careful when they’re around; if you accomplish a scheme while they’re on the same territory, they’ll show up on your doorstep to cause trouble. Some of them can lay waste to your minions, so it’s important to figure out when to lay low.

It makes the opening of the game far different than the end. You begin as a plucky organization trying to steal as much as possible while remaining invisible. Towards the end, when your tentacles have reached into every crevice, you’ll be free to pick opportunities as they come up. On the whole, it’s a worthwhile overhaul.

One of the best improvements is with the side objectives. Throughout the game, while you’re keeping plates spinning both in your base and on the world stage, you’re also able to challenge criminal masterminds for a chance to recruit them as henchmen, frustrate special agents to eventually be rid of them entirely, and gather a range of loot that has different benefits on your base.

It’s pretty key in keeping things moving and allowing you to run your empire as it suits you. You can’t take out all your enemies and recruit all the henchmen off the hop, but while you’re working on fine tuning your deathray, you can push things along until eventually you’re able to apply the coup de grace.

The game does stumble over itself in a few places. The pacing is a bit off, especially when it comes to scientific development. Different advanced minions are unlocked as you proceed through the main objectives, which means tiers of research are locked until you reach that point, and the first recruitment options take a while to present themselves.

The last chapter of the game is also a bit of a slog. Without getting into spoiler territory, your secondary objectives are removed and the schemes now require the most advanced of advanced minions and lots of intel. This means that you are sometimes left waiting for minions to be trained to the tippy-top and intel to drop into your UI, and there’s no secondary objective to distract you. So you’re just left tenting your fingers and watching progress bars fill. Not the best climax.

If there’s one major place that Evil Genius 2 improves over the first title, it’s in the way it makes you feel evil. Your most evil acts in the original seemed to happen after the credits rolled, as the goal was to build your doomsday device and that’s it. Here, you get your doomsday device rather early, and much of your time is spent eliminating enemies and causing havoc. The mere fact that you get the option to fire your device whenever you have the fuel available is delightfully satisfying in its own way.

It comes across as a diabolical labor of love. The game is obviously made by people who cared for the property, as it conserves everything that was great about the original title while tightening the screws on the old doomsday device. Even without the multiple campaigns, it’s a ridiculously long game. But the fact that I was rarely annoyed or bored, while continuously finding new elements to love, is a testament to how well-executed the sequel is. If the first game wasn’t diabolical enough for you, this one should scratch that evil itch a bit better.

Now begone. While the world rebuilds, I must contemplate my next nefarious scheme. Insert maniacal laugh here.