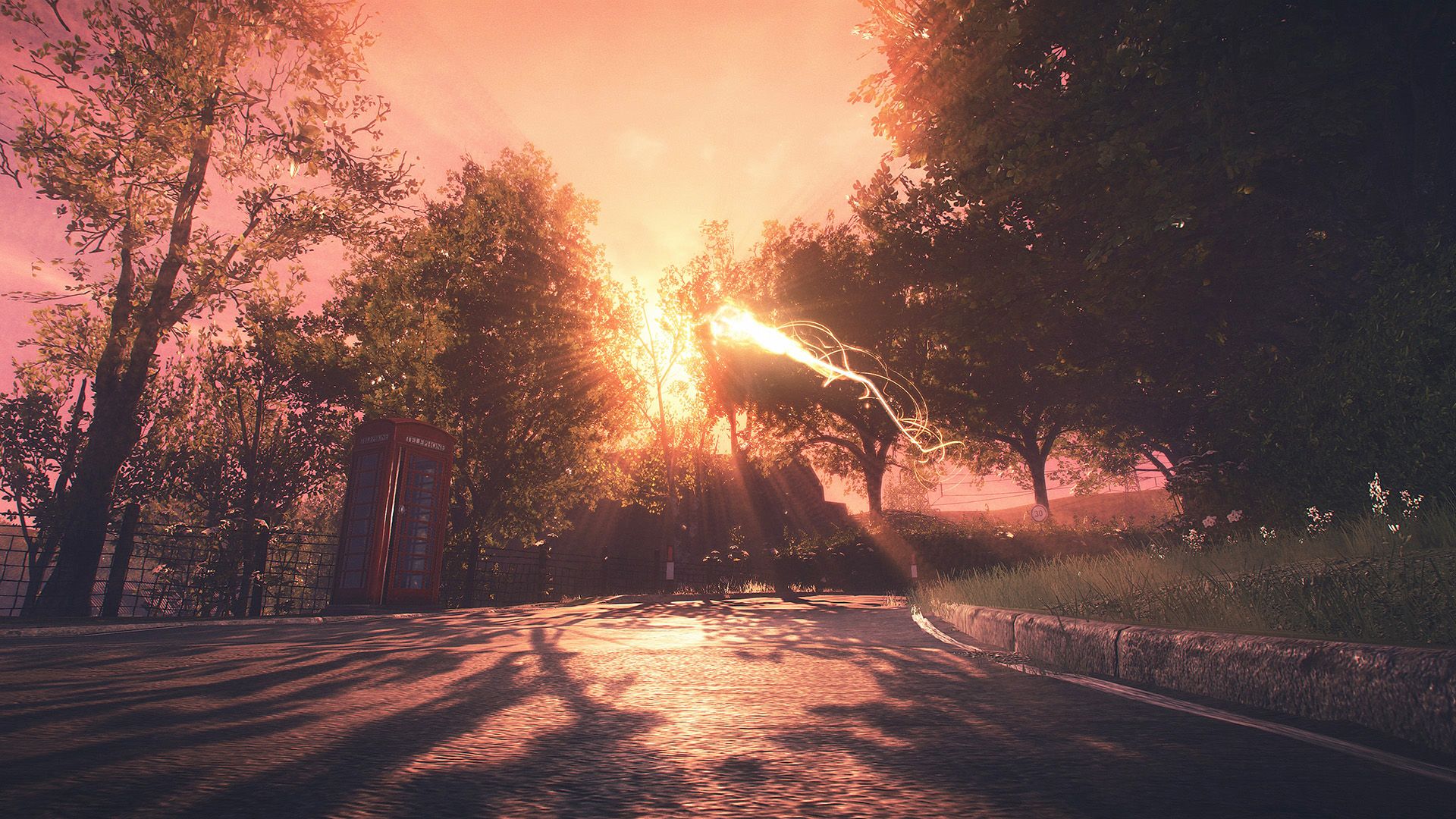 A moment frozen in time

Everybody’s Gone to the Rapture wouldn’t end. I was lost in the middle of the 1984 English countryside having made my circuit trudging through several connected areas, yet suddenly I was back somewhere in the middle. Without the markers and paths I previously used to get there, I had lost my place in this world, and began walking even more aimlessly trying to find my way.

I was sent on this long journey — yes, Rapture is slow-moving, even with the hidden sprint button  — because the last main story event refused to trigger. I thought there was else to do and I got lost trying to do it. Turns out I just needed to restart the game.

That technical snafu highlights Raptures biggest problem: it is slow and empty. It is too big. I’ve lived in San Francisco all my life. It isn’t small town England, but I’ve literally walked it from end to end; it’s not huge. And still there are blocks, stores, buildings, entire neighborhoods that I have hardly any connection to, that walking through wouldn’t evoke any intimate feeling. The exploratory nature of Gone Home, confined to a single family house and connected with tactile engagement, develops its personal story through telling detail.

Rapture, on the other hand, is scaled towards a mysterious apocalypse that has seemingly wiped out all things, including this entire village. It is world-concerning. The “pattern,” the frightened townspeople fed lies about “influenza,” the bloodied tissues strewn about, the quarantine. And it is stuffed with characters, but you only hear them in snippets, like a radio play, after stumbling on orbs of light (and awkwardly tilting the PS4 controller) or abandoned radios. I, apparently, struggle telling a dozen English voices apart and remembering their names, devoid of context or faces.

After triggering enough events to start figuring out who’s who, I did appreciate the quality character performances. I clung to these characters’ story, too, because it was obvious the mystery of the apocalypse was being withheld. The interpersonal drama of village living, of life lost in war, of forbidden relationships, of difficulties in small, religious community.

But why the long walking between points of interest? Rapture is beautiful, no doubt, but that fidelity and scale means that differing local pubs carry the same hand-written signage and no one seems to have personal affects in their vehicles. The beautiful village is unremarkable to the outsider, and the flitting luminescence of peoples’ lives hardly feels grounded in the environment that was meant to have connected them. Snooping through the detritus of peoples’ homes should say more. There is a difference between the thematic, profound emptiness of the absence of others and the dull emptiness of a beautiful world that doesn’t feel lived-in, though aesthetically consistent.

Then we are back to the issues of scale, as the story, which guides you through the waning lives of several characters, loops back to its key ones and back to the science-fiction mystery we’ve given up on for hours in favor of English infidelity. It almost feels garish to go back to, admitting that the in media res character sketches, the handful of dialogue lines about and around interpersonal drama, are not, in fact, enough. Or at least not obvious enough. The end is the theme extrapolated, turned up.

Rapture deals with mature, human subject matter — failing relationships, aging, death — with notable verisimilitude before acquiescing to its lurid, fantastical bent. The latter feels disconnected from the initially analog apocalypse and your thoughts on Dear Esther will likely echo off this ornate end. What Rapture does well feels slight. Interwoven character sketches stretched out like clippings of a short story dropped every mile.

Filed under... #Everybody's Gone to the Rapture#Notable#The Chinese Room