Death creeps in slow ‘til you feel safe in his arms

Combat is a central feature to many games. We’re not very good at depicting conflict resolution in an interactive way unless it involves swinging a sword or firing a gun. A debate is difficult to simulate, but ballistics are not.

Recently, there’s been some effort spent at coming up with other ways to have the player solve their problems without resorting to violence. Many games are eschewing combat entirely or giving you more options about just what kind of monster you want to be. It’s refreshing, since we’ve kind of been stuck on this one note for action games since the ‘80s.

I’m going to say right off the bat that Everhood is perhaps my favourite depiction of not-quite-fighting that I’ve encountered in a long time. It contains all the excitement of a good dust-up but without any real blows being exchanged. It’s just too bad it also finds new and innovative ways to frustrate me. 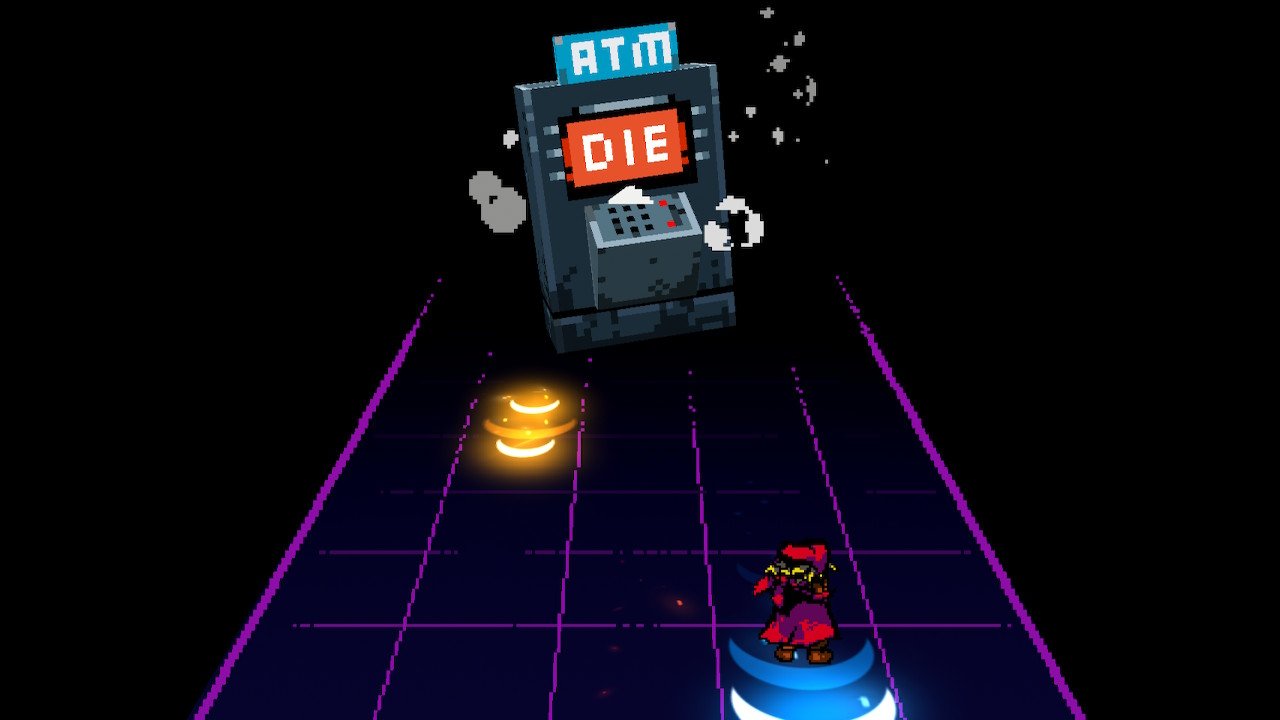 It’s fairly early on when Everhood’s narrative gives off a familiar whiff: yeah, it’s the smell of a story that I’m not going to understand until the end. It does that thing where it starts you off with a simple plot — in this case, a red doll person trying to recover their stolen arm — but if you weren’t already thinking, “there has to be more to this,” it starts hinting pretty hard that darker forces may be at play.

Unfortunately, revealing these details would be delving into spoiler territory, but we’ll get to it. The important facts are that Gold Pig has your arm and you need to get it back.

Everhood instantly presents itself as a surreal experience, featuring a wide, weird variety of characters and a pixelated world that looks like it was drawn on rainbow scratch paper. It’s not far removed from the aesthetic of, say, Deltarune, which also used heavy amounts of negative space to present such an atmosphere. Personally, I think it looks ugly, but there are plenty of places where Everhood makes up for this with visual splendor.

Such a place would be in its battles. As previously mentioned, Everhood‘s battle system is rather unique. It resembles a Guitar Hero note highway; five tracks featuring objects moving rapidly toward the player, who can quickly jump and dodge from track to track. Notes come in a few flavors but, at their most basic, there are ones you can jump over and ones that you can’t.

From the outset, this can seem rather daunting. Indeed, it’s difficult to get used to the movement system at first, to the point where it seems unfair or even impossible. However, with a bit of practice, it becomes much easier and it can seem like you’re capable of incredible feats. It’s like playing Guitar Hero on expert in front of the family, and all they can do is shake their head and say, “I can’t even read the notes that fast. This is what you were doing instead of getting a job?”

There’s a healthy amount of variety in the battles, too. Most of them have their own unique hook, requiring you to think on your feet or maintain concentration as the world around you bends and distorts. Later on, you’re given the ability to gather energy and send attacks back at your aggressor, and doing this is a lot like trying to rub your belly and pat your head at the same time. You regenerate health over time, so as long as you aren’t constantly getting hit by notes, you can generally get through a fight. If it’s all too much, you can reduce the difficulty at any time, though it’s still possible to fail even at its easiest setting. 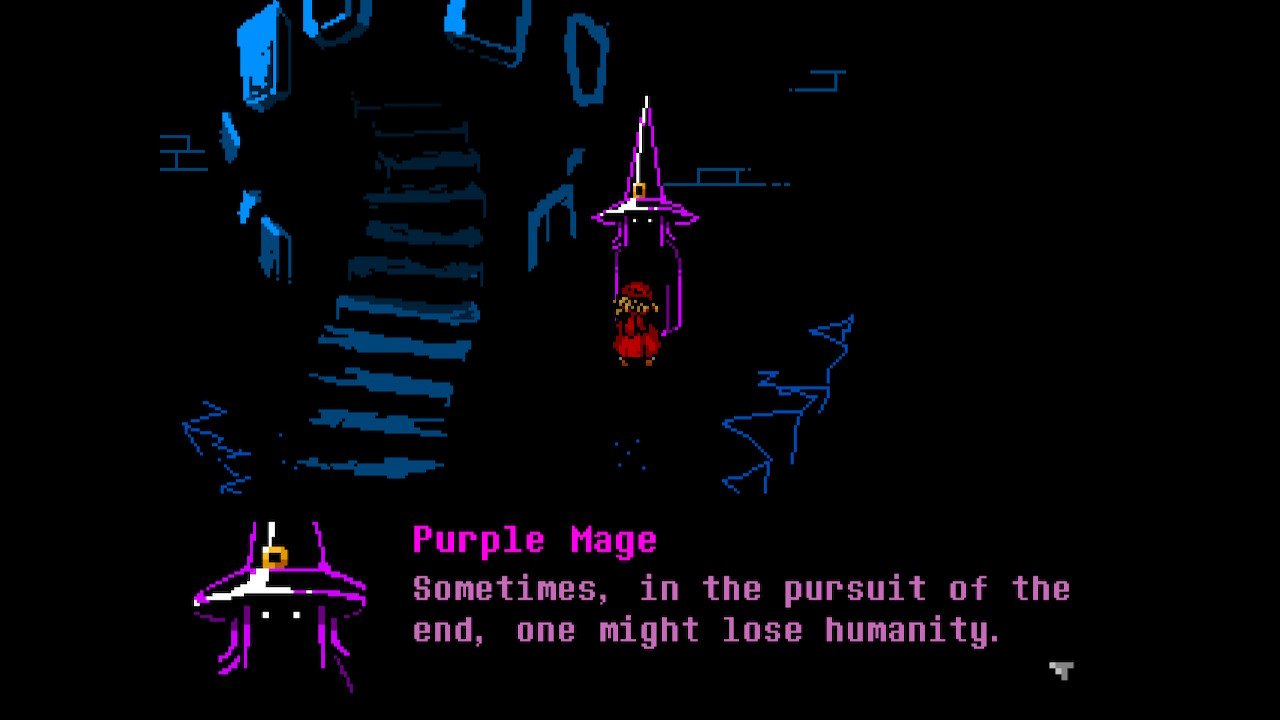 This means the game leans on its music, and thankfully the music is really good. It crosses a lot of different genres, sitting heavily on the more electronic variety, but there’s always a good beat to them. Each battle is accompanied by various visual effects, and it can be a lot of fun to just watch the enemy clap their hands and stomp their feet. It does go overboard, however. I hope screen-shake doesn’t make you nauseous, because even my iron stomach turned at the heavy use of it.

I alluded to this earlier, but I have grievances with the narrative. Like I said, it’s one of those games that gives you little teases before revealing its hand closer to the end. That’s fine, I can name a few games that did this that I really enjoyed the narrative of, and, to be fair, Everhood does deliver in the end. How much of an impact it leaves will certainly vary depending on your perspective.

However, the narrative is weakened by a few factors. The first is that the characters are a little weak. Maybe not weak, but not well developed, either. There’s a narrative reason for them to be so out there, but you’re not going to get a lot about their hopes, fears, motivations, or backstory. The worst is that one particular character is dropped on your lap in the eleventh hour and you’re supposed to care for them, and I have no idea why. Maybe I missed something, but I was pretty thorough in my playthrough and I can’t imagine what would redeem them.

Everhood‘s story also pulls the “but wait, there’s more!” card far too often. It throws in fake credits halfway through the game, then begins a habit of fading out, then fading back in with yet another encounter. I didn’t even know this was a button of mine. It might have been cute the first time, but it gets old after the fourth or fifth. 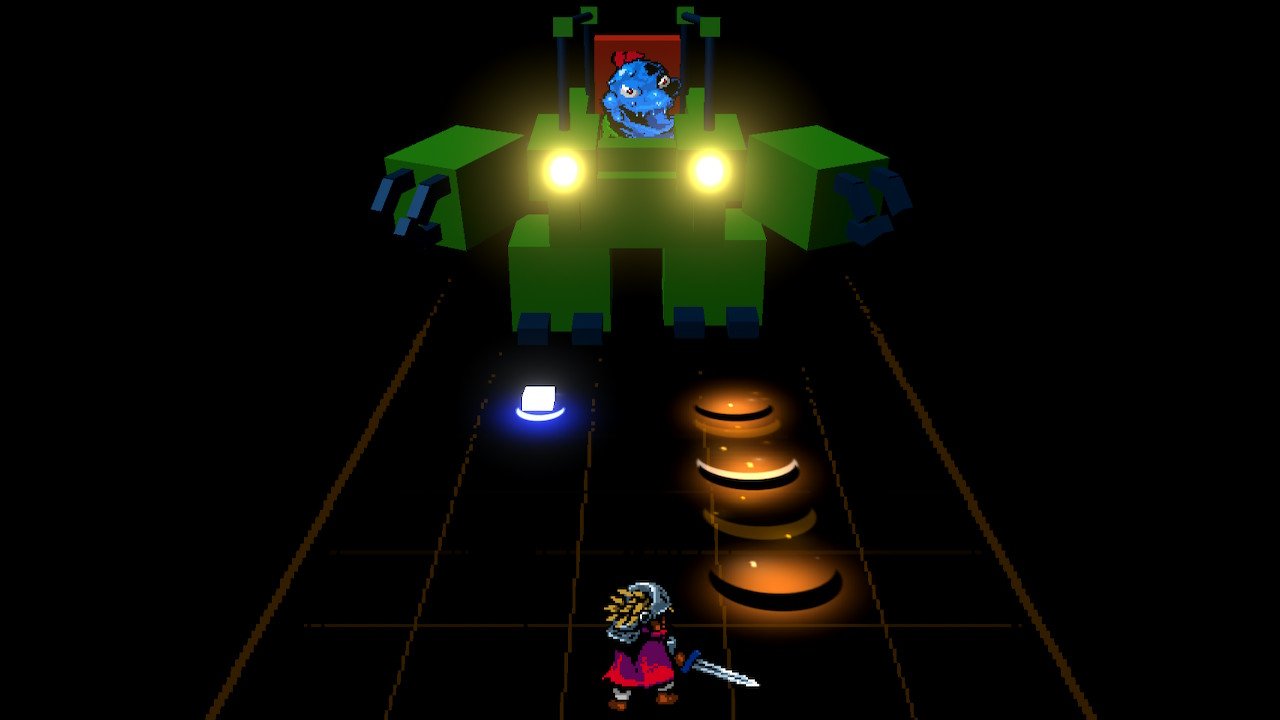 I also ran into a few technical issues. The most vexing is the load screens. It surprised me to see such lengthy loading times in a 2D game, but these are about 10 seconds, consist of only a blank screen, and happen everywhere. I was often left wondering if the game quietly crashed or if it was pausing for effect. These would show up everywhere, like when you enter a building or have to replay a fight. Note that this was on the Switch version, but the loading is simply outlandish.

There are also frequent spelling and grammatical errors. I’m usually pretty tolerant of these, but I found they’d land at the most distracting of moments and consisted of simple mistakes that a spell-checker should’ve picked up. I’m hoping these will be fixed in a patch, but the version I played was peppered with them, and they only got worse towards the end, when everything gets dramatic and the game has your attention.

So, that’s where I’m at. I enjoyed playing Everhood and the music was extremely enjoyable, but before we could apply for the marriage certificate, I realized how loudly it breathes when it sleeps and now I just want to suffocate it. I’m still giving it a recommendation, because not everyone is going to share my grievances with the narrative and the technical issues can be ironed out. There’s some definite high points here, but I don’t think it’s going to achieve immortality.

[This review is based on a retail build of the game provided by the publisher. Everhood is represented by Stride PR, a marketer which employs three former Destructoid writers. As always, this did not factor into the review.]