Robots, viruses, and ghosts, oh my!

Metroidvanias are all the rage in the indie scene these days, in part because Nintendo seemingly doesn’t want to make a new Metroid game, and Konami turned Castlevania into a God of War clone. Environmental Station Alpha may not be the best Metroidvania title I’ve played, but it still has its charm.

It’s easy to get lost in, figuratively and literally, and with a ton of secrets and post-game content, Alpha is worth your time. 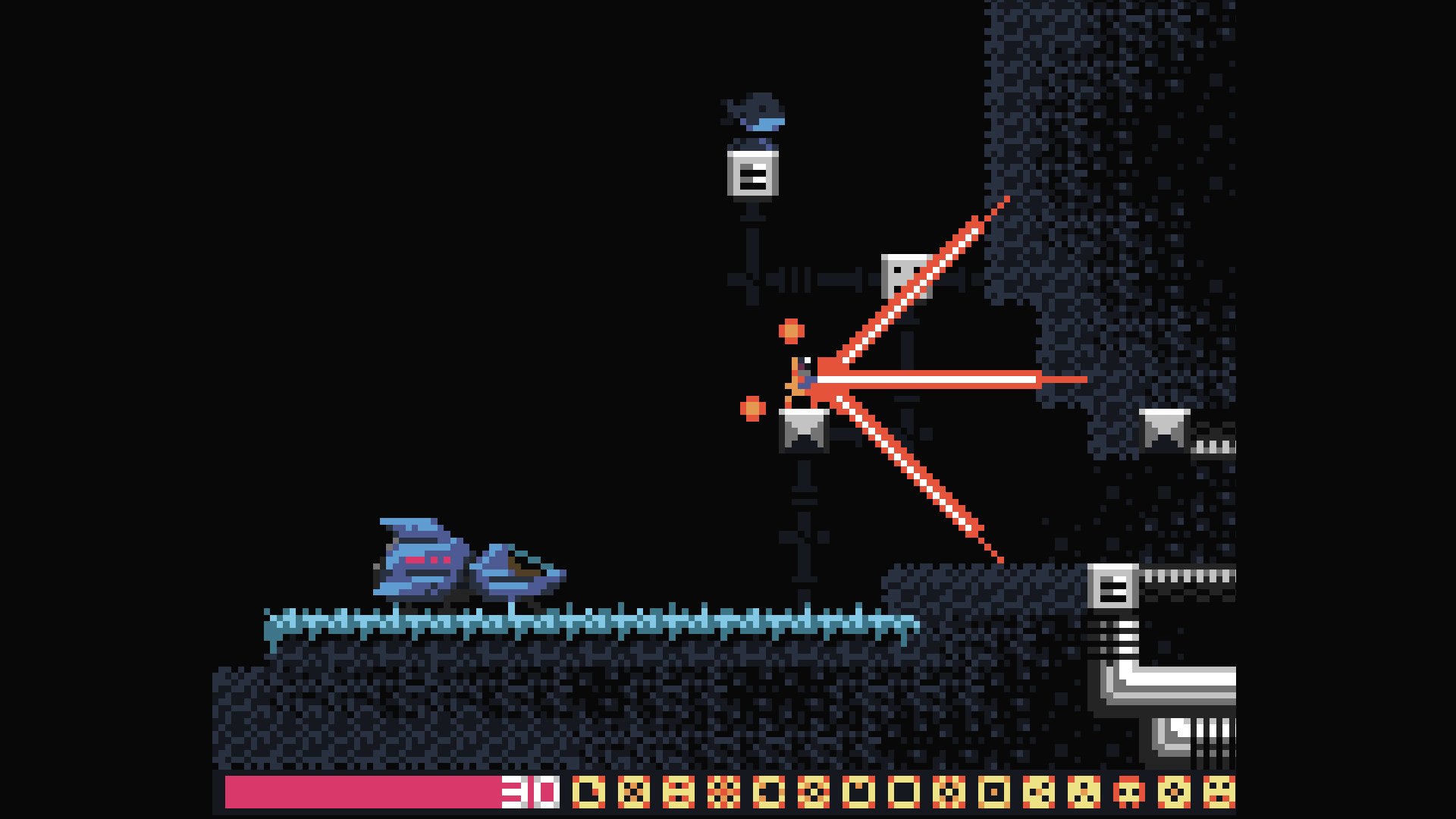 As a robot sent on a special mission, you’ll spend your time exploring a space station filled with different environments, from a forest to a volcano and even a surprisingly well-done water level. Along the way, players will find clues via computers that hint at the previous happenings of the station, upgrades that help you access news areas, and general power upgrades. Most areas contain multiple bosses, and a plethora of secrets to find.

Alpha doesn’t stray far from the basic Metroidvania formula. Search until you find a boss, kill it, collect an upgrade that allows you to advance to the next area — then repeat. That isn’t by any means a bad thing. You’re free to roam as you see fit, but computer terminals will mark areas on your map that give a general idea of where to go; you only need to figure out how to get there.

The station is huge. Luckily, there are teleporters that can be activated to jump around areas when needed, cutting backtracking time. Even with a map and this convenient means of travel, I found myself getting lost more than once, especially later in the game when I was forced to retrace my steps to find where the next area was. The fact that you were given these general locations to guide you early on and are no longer provided them later in the campaign feels like an unfortunate design oversight. Finally finding where you need to go can be rewarding, or tedious depending on the amount of time needed. 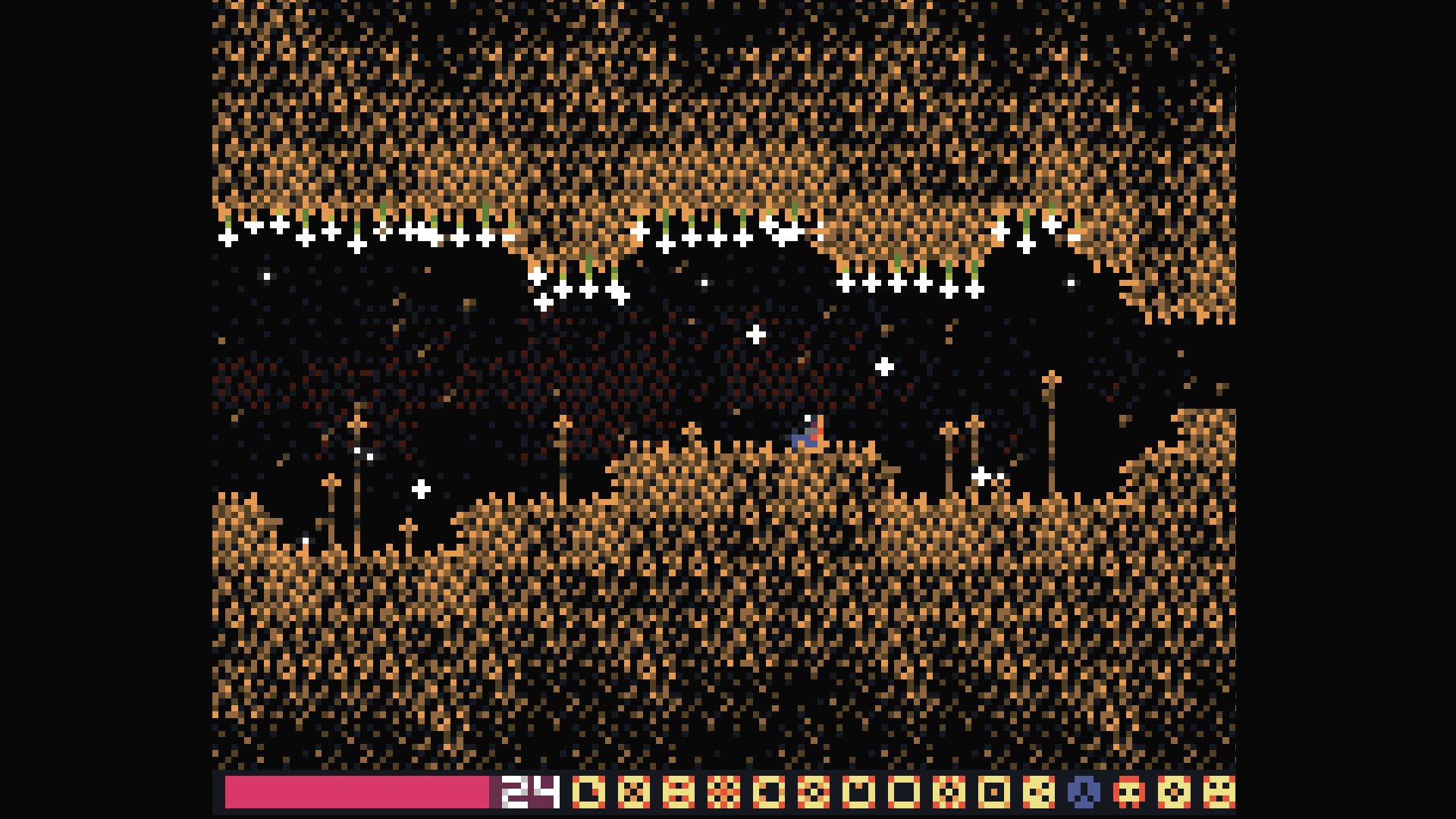 A lot can be done with pixel art, and Environmental Station Alpha is proof of that. Each biome has a unique look and feel and is far more detailed than the retro games that influenced it. Leaves fall around you in the forest biome, bubbles appear in the water, and sparks fly in the volcano biome. Each area has a nice unique effect that really complements the action well. Combine this with a soundtrack that will get stuck in your head, and you have an all-around decent presentation.

Throughout the game you’ll acquire various upgrades that range from a double jump, to a dash to a hookshot that feels rather similar, to the bionic arm from the original Bionic Commando. The hookshot is really a key item, as the moment you get it you’re expected to use it often to traverse each of the station’s biomes. Thankfully the hookshot mechanics are solid, allowing you to swing to and fro finding the next boss with ease.

While you constantly gain upgrades throughout the game, boss battles never seem too easy or too hard, as their difficulty scales well. Each boss feels unique from the others, having different attack patterns and varying weak points. Since these big bads aren’t pushovers, I was neck and neck with many of them, often times at the end of my health bar when I finally defeated them. These confrontations are some of the most satisfying boss battles I’ve had in a game in some time. 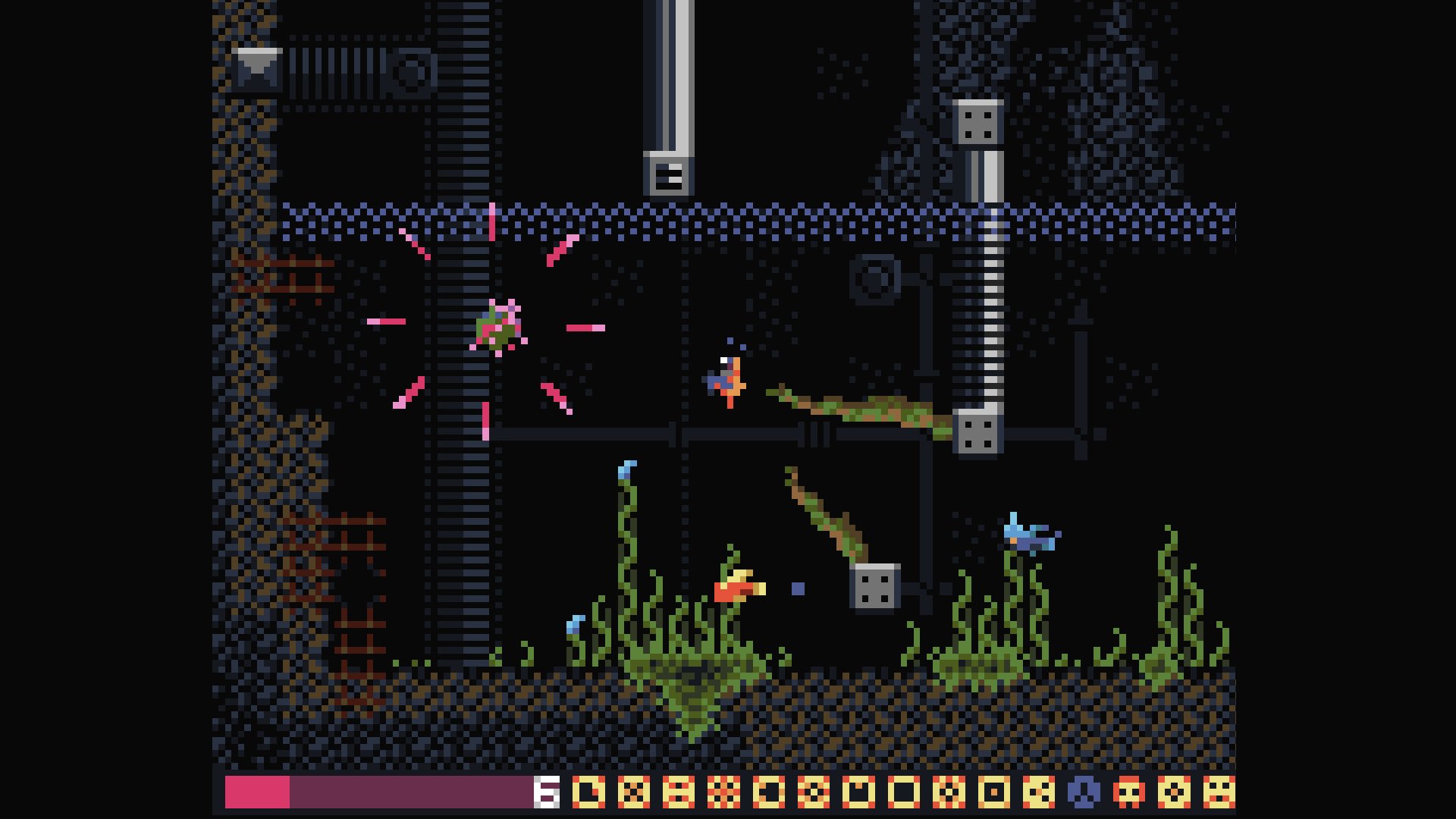 After finishing the initial story a ton of post-game content waits to be found on and off the station, but locating it won’t be easy. A cryptic alien language must be decoded and then used to subsequently translate various clues. Following said clues will lead you to multiple endings and a post-game boss. While all this certainly extends its shelf-life, the amount of effort required to translate the hints, which themselves are rather vague, isn’t for everyone. Those who persevere will be able to get their save files up to a 202 percent completion when all is said and done.

Overall, Environmental Station Alpha didn’t reinvent the wheel when it comes to Metroidvania games, but it certainly helped satisfy my appetite. The amount of secrets and post-game crypticness might be great for some, and it does extend the playtime quite a bit, but as a completionist I found it to be more legwork than I’d like. Call me crazy, but I don’t like tons of cryptography in my games.