Tecmo Koei is a company that knows how to milk its franchises, perhaps to a degree unrivaled by any other publisher in this industry. The release of a new Dynasty Warriors game comes with the knowledge in fans’ minds that it is just the start of several games that will keep Omega Force churning out the same content for at least two years.

Dynasty Warriors 7: Xtreme Legends is the first spin-off of the seventh main installment. Traditionally, Xtreme Legends is an expansion pack with new campaigns, weapons, and game modes. However, in this age of downloadable content, such an expansion is looking increasingly redundant, and nowhere is this more evident than here. 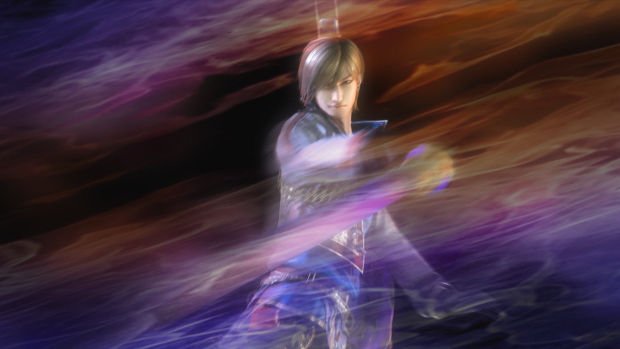 Dynasty Warriors 7: Xtreme Legends aims to bolster the original game with two new gameplay modes, three extra characters, and two “secret” weapons for every single weapon type in Dynasty Warriors 7‘s arsenal. On the surface, this latest expansion promises quite a lot of content, but it doesn’t take long for one to realize just how halfhearted the package is.

For instance, the new characters only introduce two new weapons. The grand return of Pang De has his using Zhang Liao’s previously exclusive default weapon, the twin axes, effectively turning him into yet another clone. The maps for the new story-driven Legend Mode are just re-tooled from Dynasty Warriors 7 or resurrected from past games as Classic stages, while the new weapons are only fresh in terms of stats — there are no new skins for the secret weapons, unlike in previous games.

There is still plenty to be getting on with for those who have played Dynasty Warriors 7 to death. The two completely new characters, Wang Yi and Guo Jia, are quite cool with unique movesets. Wang Yi fights with a pair of sai to perform incredibly swift and powerful attacks, while Guo Jia uses a magical pool cue that can summon and launch energy balls. They bring with them a few new skills and weapon upgrades which can be used by any character, including abilities like attack cancellation or mid-air combos.

Legend Mode undoes some of the restrictions of Dynasty Warriors 7‘s story campaigns by allowing players to take any character they want into a range of narrative-driven battles. These battles are usually themed around a particular warrior, but players can choose whatever general they like and will have the “star” of that level following them around like a bodyguard. As is the case with most recent Dynasty Warriors games, battles are more objective-based than older titles, as players are expected to perform key tasks that make the battle easier before going on to slaughter the enemy commander.

Between each level is a town area that serves as Legend Mode’s hub. From here, players can select their character, choose another as an adjutant to influence the town’s growth, buy weapons and training manuals to improve skills, and send a merchant out to find special treasure. As the new stages are beaten, the town grows and more gold is earned. The town will also gain special atmospheres that influence gameplay, such as “Orderly,” which increases a player’s attack, or “Carefree,” which will lead to merchants’ discovering more treasure.

By performing certain actions in battle, characters may also earn Titles. These serve as in-game achievements that will boost that particular warrior’s prowess, allowing for greater attack power or the ability to steal health from enemies. Some Titles are crucial in succeeding on higher difficulties and unlocking secret weapons. 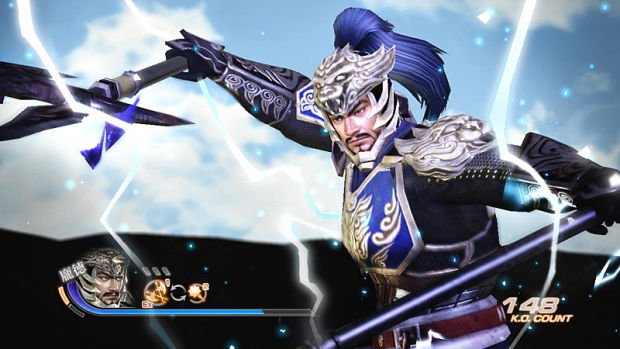 Nearly every stage has two secret weapons to unlock, one on Chaos difficulty and the other on the new Nightmare difficulty. Unlike previous games, the “secrets” to getting these weapons are clearly explained on the stage select screen and usually involve the players’ simply doing what their commander tells them to do during battle. With a suitably powered-up character, obtaining the Chaos-level weapons are incredibly easy and should pose no problem. On Nightmare difficulty, things get a little tougher.

For the unprepared player, Nightmare is an apt name for the new difficulty setting. Not only do enemy officers take a severe beating before going down, but even opposing peons are devastating — thoroughly aggressive and more than capable of taking down a maxed-out health bar in seconds. As if that wasn’t bad enough, the previously useless enemy standard bearers now have a combat role — they will periodically buff enemy officers to raise their stats or even heal them. All this would be manageable save for the most frustrating element — allied officers are now miserably incapable of self-defense (worse than usual!), and having to babysit the commanding officer can make weapon unlocking borderline impossible.

It’ll take an almost fully-maxed character wielding a weapon packed with special abilities, such as Officer Assassin and Combat Resistance, to grab those Nightmare weapons. Having the Title that replenishes health with every successful attack is also a must, because players simply will not survive without it. Fortunately, the Nightmare weapons themselves are incredibly powerful (save for Zhang He’s claws, which are still disappointingly pathetic) and will give players a bit more of a fighting chance in Nightmare. It’s just a shame that, after going through some really taxing effort to earn these weapons, players discover that Omega Force didn’t have the good grace to design new weapon skins. I guess they need to keep that DLC train rolling. 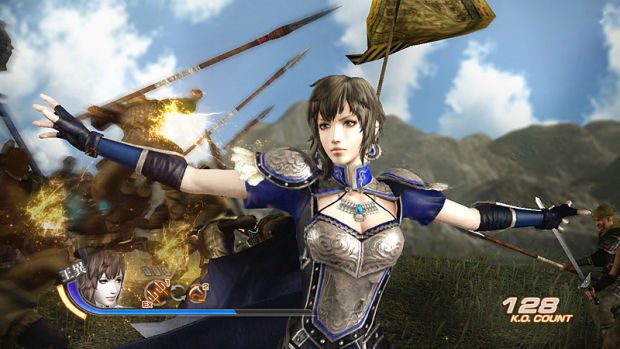 In addition to Legend, there are a set of Challenge modes that are mostly retained from previous games. They include game types such as Rampage, in which players must kill as many enemies as possible in a time limit, or Bridge, where enemies must fight on a thin platform. There are online rankings for these games, although the game types themselves aren’t really deep enough to encourage much replay.

Taking a page from the PS2 era, Xtreme Legends features a Remix option in which players can swap and load the Dynasty Warriors 7 disc to unlock all of XL‘s features in the original game modes. You’ll need to swap the discs every time you want to take advantage of Remix, but fortunately, character progress and unlocked weapons are automatically transferred to Xtreme Legends via the PS3’s HDD.

Despite all the new content, the biggest draw to Xtreme Legends is how it re-tools the original gameplay and makes significant enhancements. A few weapon movesets have been given overhauls to make them play better, while damage for certain ones have been rebalanced. In even better news, enemy archers are no longer unreasonable in how much damage they deal, having their potentially game-breaking strength toned down significantly. The game’s graphics also look brighter and richer than they did in Dynasty Warriors 7, making for an expansion that really makes the original a better product. 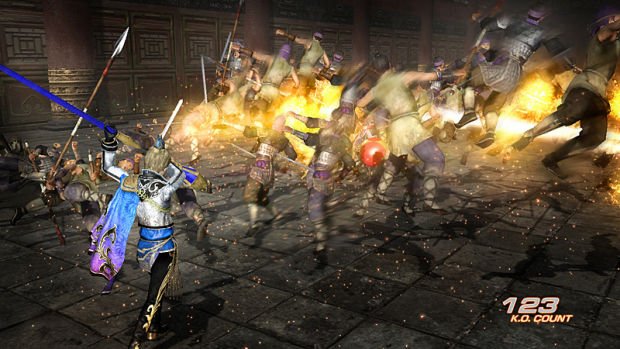 Nevertheless, one still cannot excuse the fact that most of what Dynasty Warriors 7: Xtreme Legends could easily have come in the form of patches or more downloadable content. After already selling all manner of new weapons and maps as DLC in Dynasty Warriors 7, it is pretty cheap for Koei to expect a forty dollar lump sum just to provide more of the same. The Xtreme Legends spin-offs have always been blatant cash grabs, and fans have grown to be okay with that, but even as far as cash grabs go, this latest offering feels particularly half-arsed.

When you can’t even give one of your three new characters his own unique weapon, and when the boasted new weapons are just old ones with better stats, you’re left with a game that’s a little too obvious in its laziness. For the obsessively hardcore, Xtreme Legends‘ gameplay improvements and fresh challenges will likely provide an irresistible offering, but no matter how many hours such fans will squeeze from the expansion, they will likely feel that more should have been done.

Ultimately, the rising popularity of DLC exposes what a shoddy business model Koei has with these expansions, and while there’s still a lot of fun to be had for hack ‘n slash fans, it’s getting beyond the point where products like this have a place in the industry.