Allow me to break the ice

Donkey Kong Country Returns was one of my favorite platformers of the last generation. It had charm, challenge, and most importantly — it was a ton of fun. But one of my only hang-ups with the Wii version was the lack of control options, and the forced implementation of Wiimote controls.

With that out of the way compliments of a host of controller choices and many more improvements, Tropical Freeze is somehow even better than Returns. 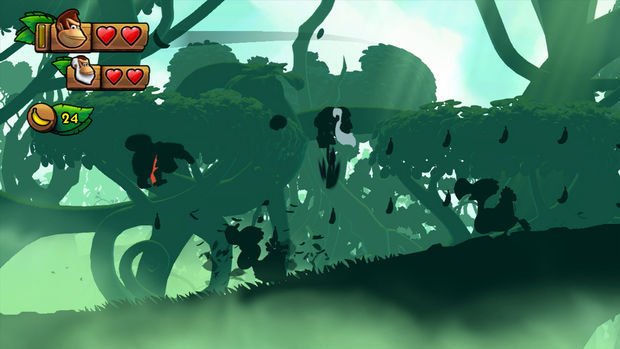 First things first, it must be said that the visuals look amazing in HD. All of that same visual charm is there from Returns, but the superior hardware of the Wii U accentuates basically everything that made that art style great. Backgrounds have new depth to them, enemies have even more details and nuances added to their animations, and the game just all around looks better — to the point where it’s one of the best-looking games on the console yet.

It helps that even more care has gone in to nearly every facet of the game, which is exemplified in the carefully crafted idle animations. Donkey Kong will sit down and play actual 3DS games when standing still, and every supporting character has a different animation when riding on his back. It’s hard to explain without seeing some of the more interesting levels in motion, but it’s easy to see why it took Retro Studios so long to finish Tropical Freeze.

Fans of the original Donkey Kong Country series will also no doubt recognize the vastly superior soundtrack, thanks mostly to the return of David Wise — the original DKC composer. Tropical Freeze sports a beautiful soundtrack that easily tops the original Returns, with a healthy mix of remixes and completely original tunes. Not every track is gold but the vast majority are what I’d consider “new classics.” It’s that good. 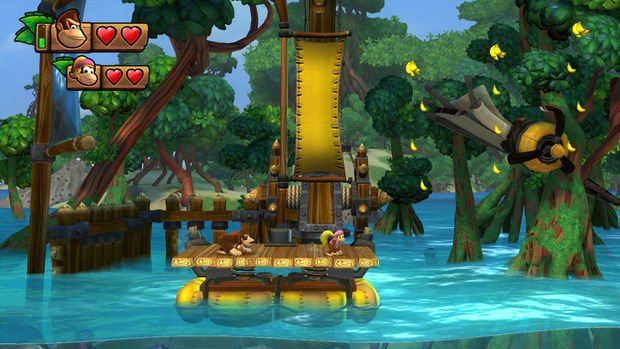 The story is still a little light this time around, but an all-new cast of villains is present in the form of the Snowmads, who I found to be a lot more interesting than the Tiki Tak Tribe from Returns. Consisting of a collection of animals from penguins to walruses, the Snowmads are as deadly as they are cute. Don’t expect a whole lot more than the typical “take back your home” plot, but much like Mario, the focus is on the platforming — which it delivers in spades.

I really have to give it to Nintendo this time around — they listened when it comes to offering up a host of controller options. Whereas the Wii often forced players to acclimate to one control scheme, the Wii U allows us to try out a number of different controllers, most notably the rock-solid GamePad. Of course, if you prefer the Wiimote, Wiimote+Nunchuk, or the Pro Controller, you can use those too. In one fell swoop, Retro Studios has squashed my one major complaint with Returns.

This time around heroes Donkey and Diddy return, but with the extra addition of Dixie (who can rise vertically with her hair spin), and Cranky (who does his best Scrooge McDuck pogo impression). Just like Returns, player one can only use Donkey Kong, but with Diddy, Dixie, or Cranky on his back, he can use their special abilities, and he’s granted two extra hits. 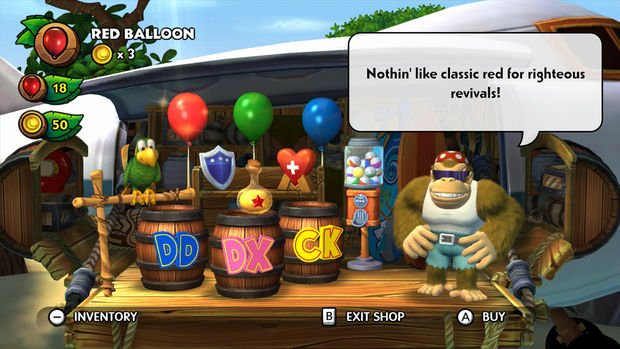 Player two can pick from any supporting character at will, but can’t take control of the main monkey. It would be nice to have the option to play as anyone other than DK while going at it solo, but given the fact that you can vicariously experience the others through group powers, it doesn’t really detract from the experience.

The controls are mostly the same, focusing on grabbing, pounding the ground, or rolling, with the addition of the brand new Kong Pow attack. By collecting bananas, you can fill a separate gold meter and unleash a screen-clearing power. It’s something I rarely ever used, but it’s a fun addition to the game, and especially enjoyable to use when gaming with a partner. If it sounds overpowered think again — because Tropical Freeze is in some ways more difficult than its predecessor.

Although one would think that the pool of level diversity would have ran dry after all of the innovative stages in Returns, Tropical Freeze manages to deliver yet again. From giant trees erupting from the ocean floor, to a few clever vehicle gimmicks, to running for your life as you’re caught up in a giant Savannah tornado, the game’s stages are as diverse as ever. 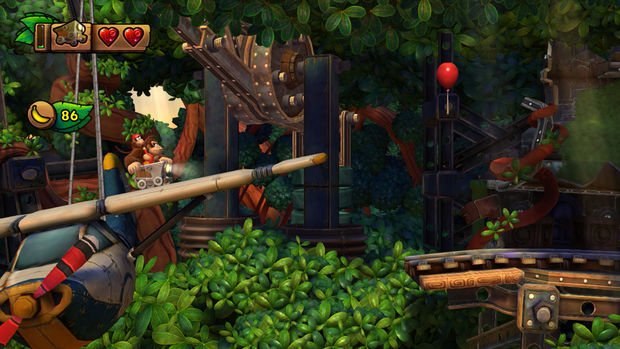 No doubt influenced by the return of David Wise, a few stages are even centered around a musical theme — much like Rayman Legends — but a little more seamlessly integrated into the level rather than celebrated. Bosses are legitimately hard this time around — so if you thought Returns had difficult encounters, you’re going to have fun with this one. Fights can be lengthy but they’re extremely rewarding, and there are a few bosses in particular that I was highly impressed with.

Tropical Freeze also re-introduces swimming to the mix, which is tastefully done with the combination of light swimming levels and stages focused entirely around the activity. Although I was a bit worried as to how these would play out, I’m pleased to say that they not only are some of the best stages in the game, but I’m left wondering why Retro didn’t include them in the first place. You’ll have a dash attack and a fast swim button at your disposal, and a new layer of depth has been added by way of an air meter — which needs to be periodically filled by grabbing bubbles in the sea.

Like Returns, Freeze is a lengthy title with plenty of levels to explore, all filled to the brim with content. It still has K-O-N-G letters and puzzle pieces to collect, it still has an extra set of bonus levels, and there are still time trials. Freeze also sports a few extras like capsule toys, and hidden “portal” entrances that unlock new stages, not unlike Super Mario World. 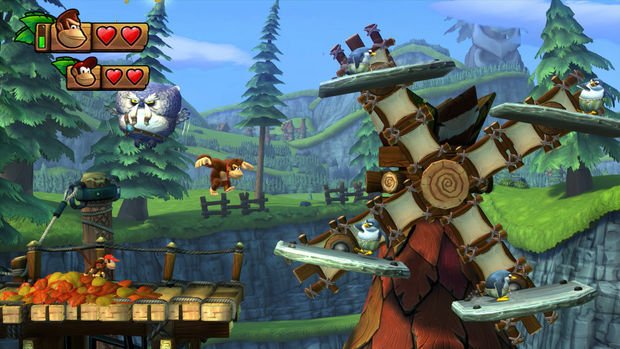 I didn’t think it was possible, but Donkey Kong Country: Tropical Freeze has topped Returns. It’s an incredibly crafted platformer with an HD sheen and an insane attention to detail, and any fan of the genre owes it to themselves to experience it. With the addition of control options to the already proven formula, Retro Studios’ rendition of Donkey Kong is pretty much flawless.