It feels weird to have a consistent stream of “CRPGs” today. I thought Pillars of Eternity was pretty great, though I never got around to finishing it or delving into its expansion. Tyranny was a wonderful surprise and is my go-to recommendation for people asking for new games to play in a genre they used to love. I barely even got to start Torment: Tides of Numenera, despite being a Kickstarter backer.

Enter Divinity: Original Sin 2. I thought the first game was great but certainly had its flaws, and I didn’t keep up much with the sequel. In a way, I’m glad I didn’t, because going in fresh to what has become one of my favorite games of the year was an awesome experience. 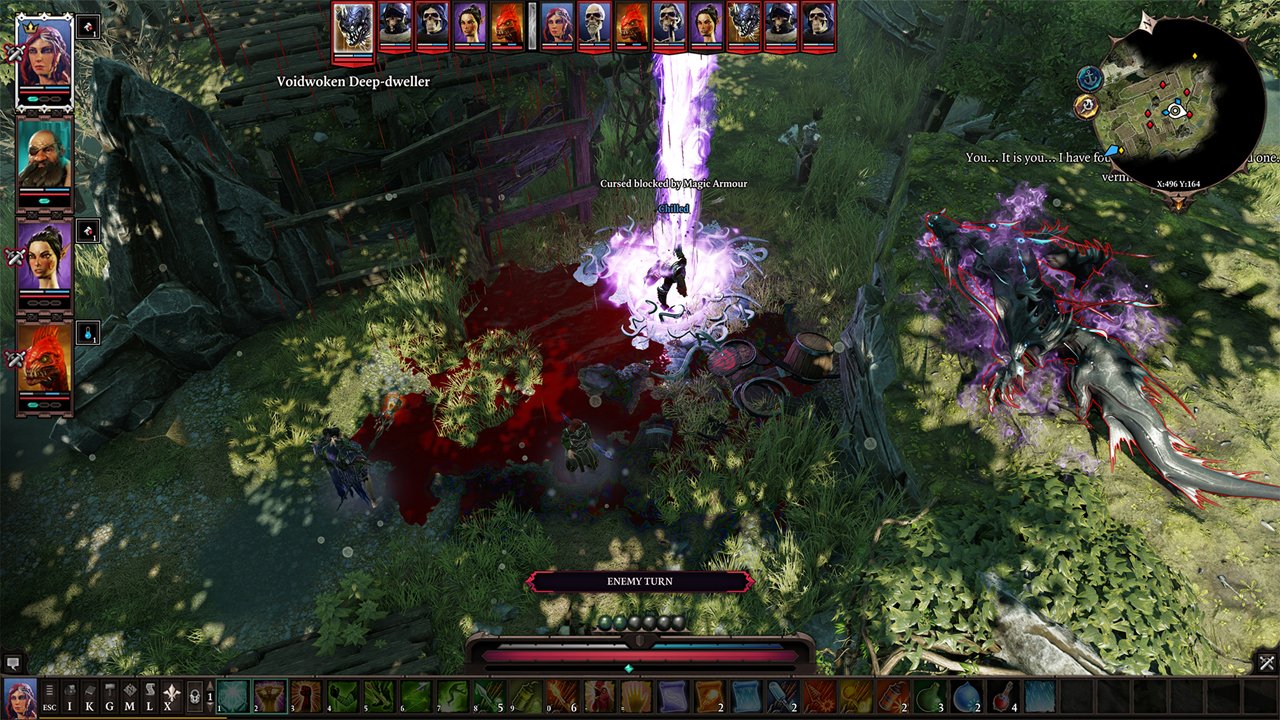 Divinity: Original Sin 2 (DOS2) takes place around one thousand years after the first game, eliminating any need for players to have understood those events to enjoy the sequel. This is a fresh, new story that simply shares the same world and lore as the original. DOS2 does a great job of getting the players excited about the plot early on — something the first game never quite did.

With most story-driven RPGs, I find myself more interested in the moment-to-moment smaller stories than the overarching plot. While that is still true here, I became genuinely excited about DOS2‘s plot towards the latter half of the first act. Once the true story revealed itself to me, I instantly wanted to advance it. In a beat that should feel similar to Baldur’s Gate fans, you’ll be chasing down god-hood and questioning motives and alliances at every turn. I can’t say it blew me away, but it was presented in such a way, with characters I quickly grew to love, that I simply became enamored at every turn.

As for those moment-to-moment stories, they’re as great as ever. Talking about my journies with friends (who are playing their own campaigns) has been an absolute joy due to how different every turn seems to be. We’ll share solutions to seemingly meaningless quests and be consistently surprised with the amount of freedom the game affords the player. Not only are these side-quests interesting, but they can be dealt with in so many ways that it blows my mind.

Combat works the same as its predecessor, but with a few new twists. Characters attack in turns, and turns are restricted by Action Points (AP). Instead of being able to stack a ton of AP and go nuts, DOS2 restricts every character to 6 AP maximum, though there are skills that allow certain characters to gain AP during their turn. Moving, taking actions, or using skills all requires AP, forcing the player to really plan out every move in order to be efficient.

Another change to the combat is the armor system. Each piece of equipment comes with physical armor, magical armor, or both. These act as a sort of buffer for the character’s health pool. Armor absorbs damage and resists status effects of its type (physical or magic), until it reaches zero. At that point, all damage will impact health directly and status effects will go through. This has a huge impact on how players approach fights. For example, if an enemy has 100 physical armor and 20 magic armor, it is in the player’s best interest to lay down some magic damage in order to kill that enemy quickly.

The general gameplan for just about every fight is the same: find who has the lowest of what kind of armor and send the appropriate damage their way. Once one of their armor types are gone, use crowd-control attacks to either stun, freeze, petrify, or knock down the enemy until they’re dead. It does make every battle feel “same-y” and more or less forces players to have an even spread of damage types. I’m sure a team full of mages could get through the game just fine, but it’s obviously not encouraged by the design. Crowd control is so important (perhaps too important) and if you’re struggling to knock down a certain type of armor, battles will take forever. 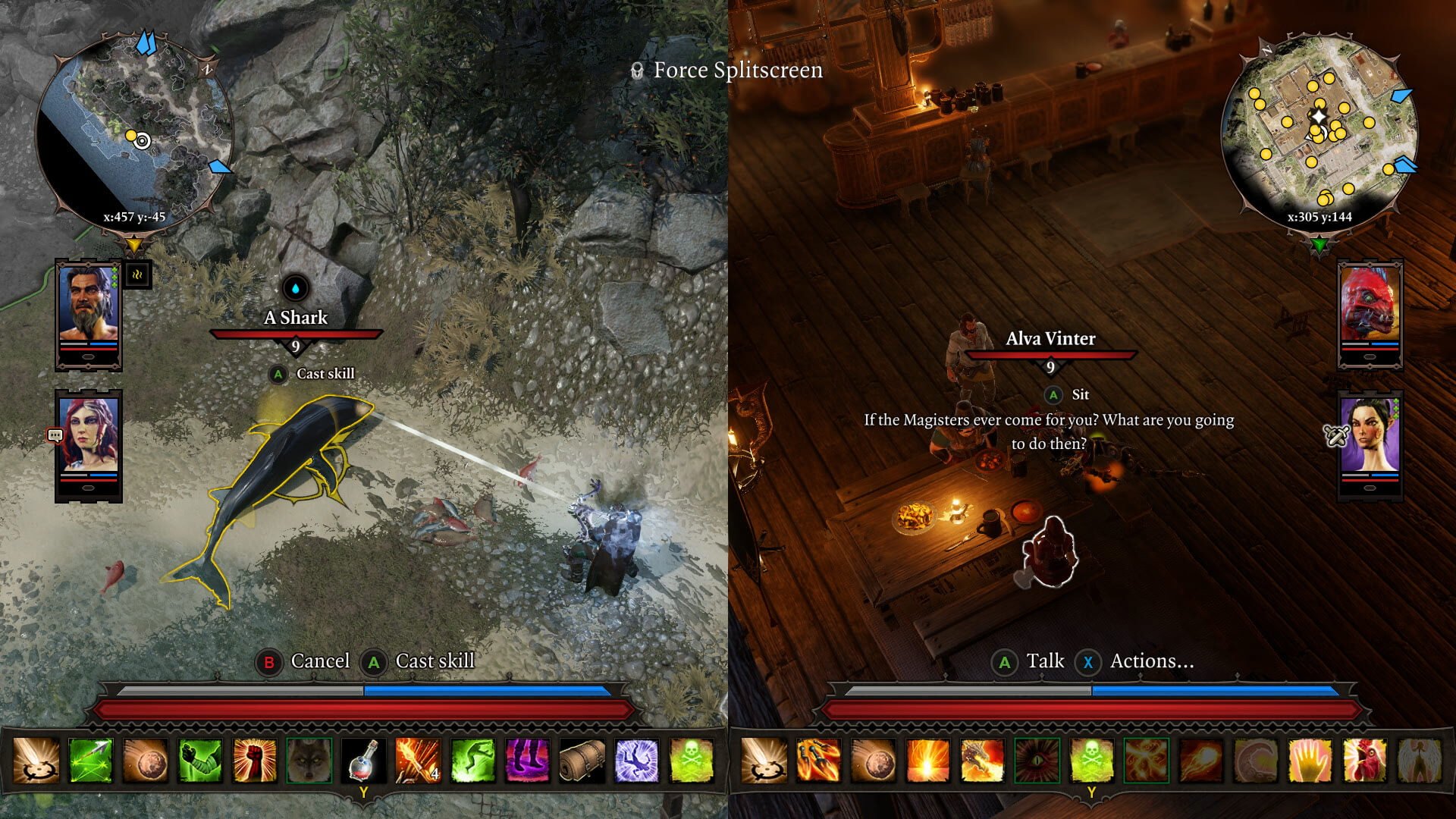 Many battles do have some sort of “catch” that makes them feel different than previous fights, but oftentimes it feels as if some battles are meant to be attempted twice, since knowing specific conditions beforehand makes them way easier. It’s also important to pick battles wisely, as entering into a battle with enemies just one level higher can mean a quick party wipe. As with almost every RPG I play, I tried to avoid most combat situations using persuasion when I could. This often left me with less experience than I should have, since there’s no XP reward for successful persuasion checks.

Divinity: Original Sin 2 definitely doesn’t hold your hand, which has more upsides than not. I love the feeling of discovering things on my own. Even certain mechanics are barely explained, if at all, leaving it up to the player to figure out. Most of these, like crafting, are straightforward and feel natural to discover. Others, like sneaking, could certainly use a strong introduction to properly equip the player. Regardless, the feeling of “Ohh, now I get it! That makes sense!” is exciting no matter when or where it shows up.

The environments feel so incredibly lively, thanks in large part to the voice acting. Every single line of dialogue has voice acting. If you’re not blown away by that, remember that this is a gigantic RPG with more dialogue than you can shake an undead finger at. The Narrator does a brilliant job, in particular, commenting on things unspoken between the characters. Sure, not all of the voice actors are amazing, but very few stick out as aggressively bad and the experience as a whole is fantastic.

This also helps with player involvement in the story. I often want to listen to the voice acting, so I let it play as opposed to reading through it quickly and clicking to advance as I normally do. I took my time with DOS2’s story more than most and really appreciated this pace. It may seem like a small, insignificant impact, but it helped me to better understand and enjoy the story. Even the smaller side-stories, which are the true star of most CRPGs, felt grander and more important due to the time and dedication given to the writing and voice acting. 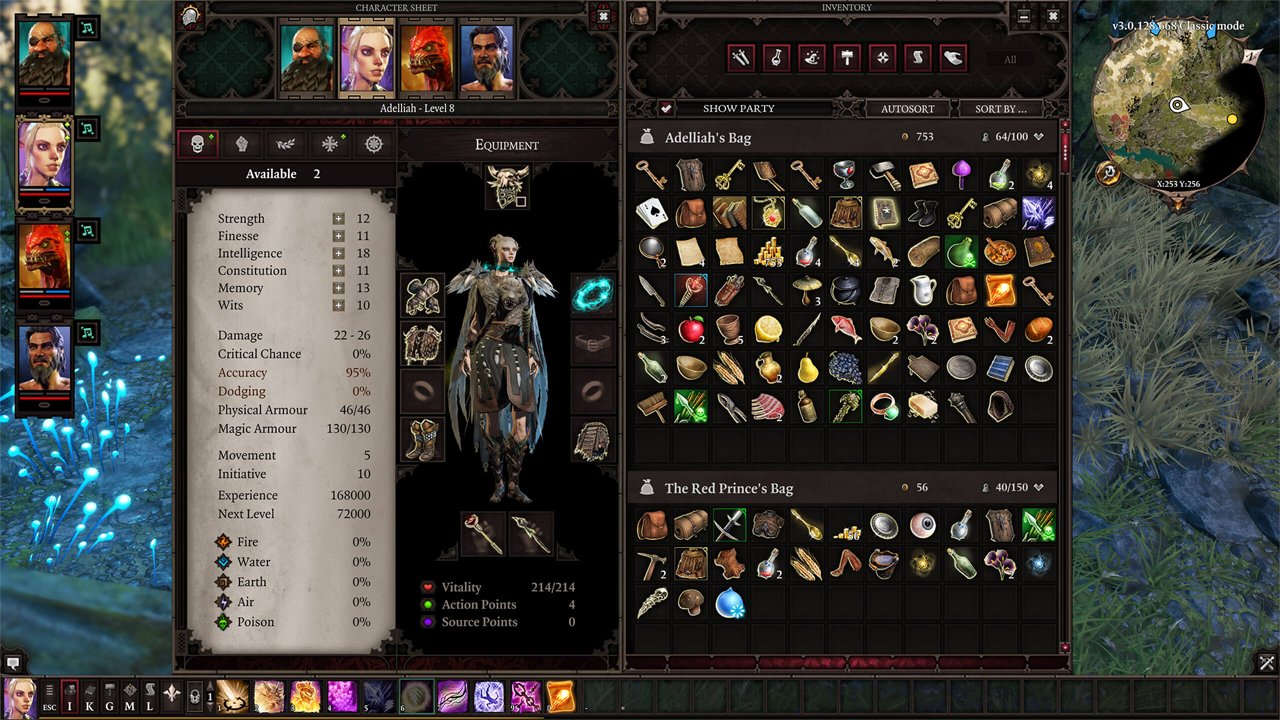 There are still lots of little issues that continue to bug me as I play. Inventory management is better than its predecessor, but selling items is a huge pain in the ass. It’s very important to have someone with the “Barter” skill to maximize profits, but making sure to transfer items before selling to the right person’s inventory is a drag. Similarly, sometimes conversations start with a seemingly random party member, and if they don’t happen to be the one with Persuasion, you’ll find yourself in a situation that could have easily been avoided. Even browsing wares for new gear (almost a necessity each time you level) becomes a slog as comparing items to other party members is impossible without actively controlling them.

The entire game can be played cooperatively, and this is easily one of the best ways to experience DOS2. A friend and I began a co-op game on Honour Mode, which means that game over is the end — there is no loading and trying again. The blend of co-op wackiness and Honour Mode intensity is a delightful juxtaposition that few games come close to. Since there are no restraints on where one player can go or what they can do, it’s always a blast to hear “aww shit, I pissed off half of the town over here” while you sneak behind some random NPC to steal resurrection scrolls. Playing with a friend (or two or three) is my preferred way to play and I can easily see myself revisiting the campaign many times with others.

There’s even a Dungeon Master mode, which allows players to create entire campaigns a la Dungeons and Dragons. I’ll be honest — I’m in way over my head with this mode. It’s hard to comment on anything but the depth, which is to say there is a lot of it. I’ve seen it in action on livestreams, but have only tinkered with it in the slightest. It’s incredible that it exists at all, and I’m sure the people who dive deep into these custom campaigns will come away happy. 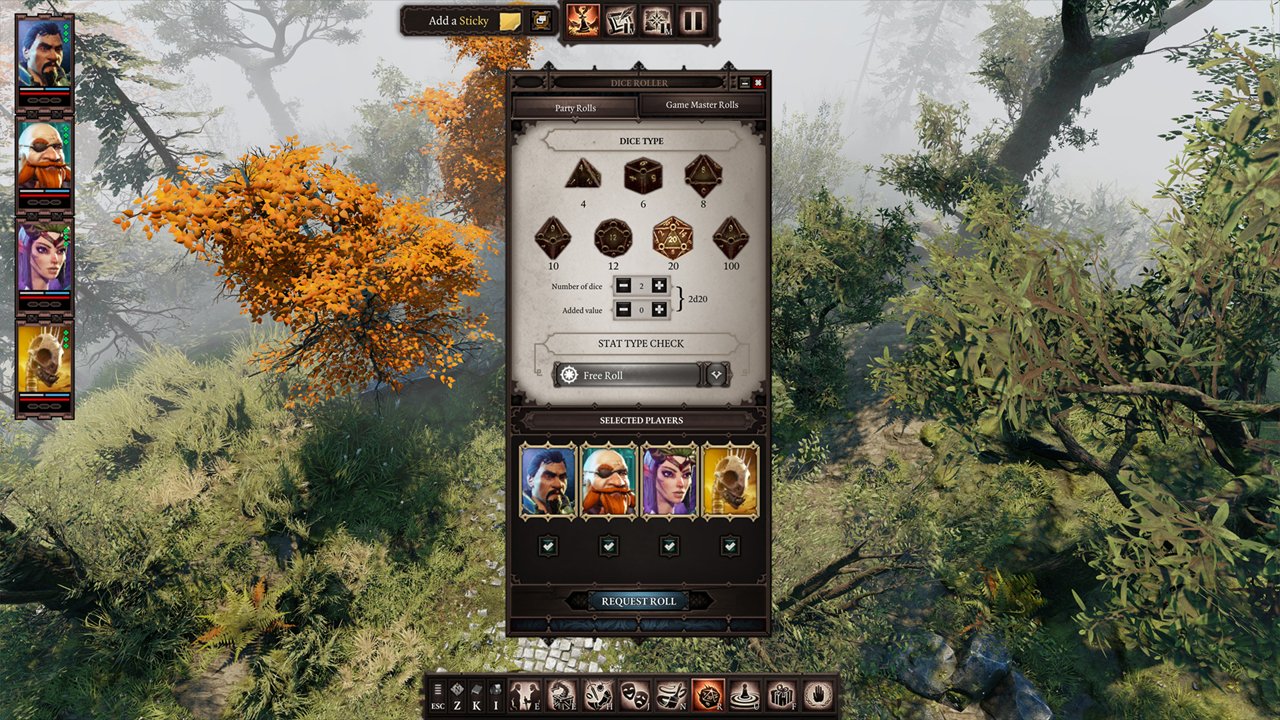 Divinity: Original Sin 2 is a perfect example of how to create a sequel. It took what the first game did well and ramped it up while fixing many of the original’s annoyances. The freedom here is unlike anything I have come across in a long time, and the game is better for it. There are certainly some things that still don’t feel quite right, in addition to various bugs, but this is easily one of the best RPGs of modern times.