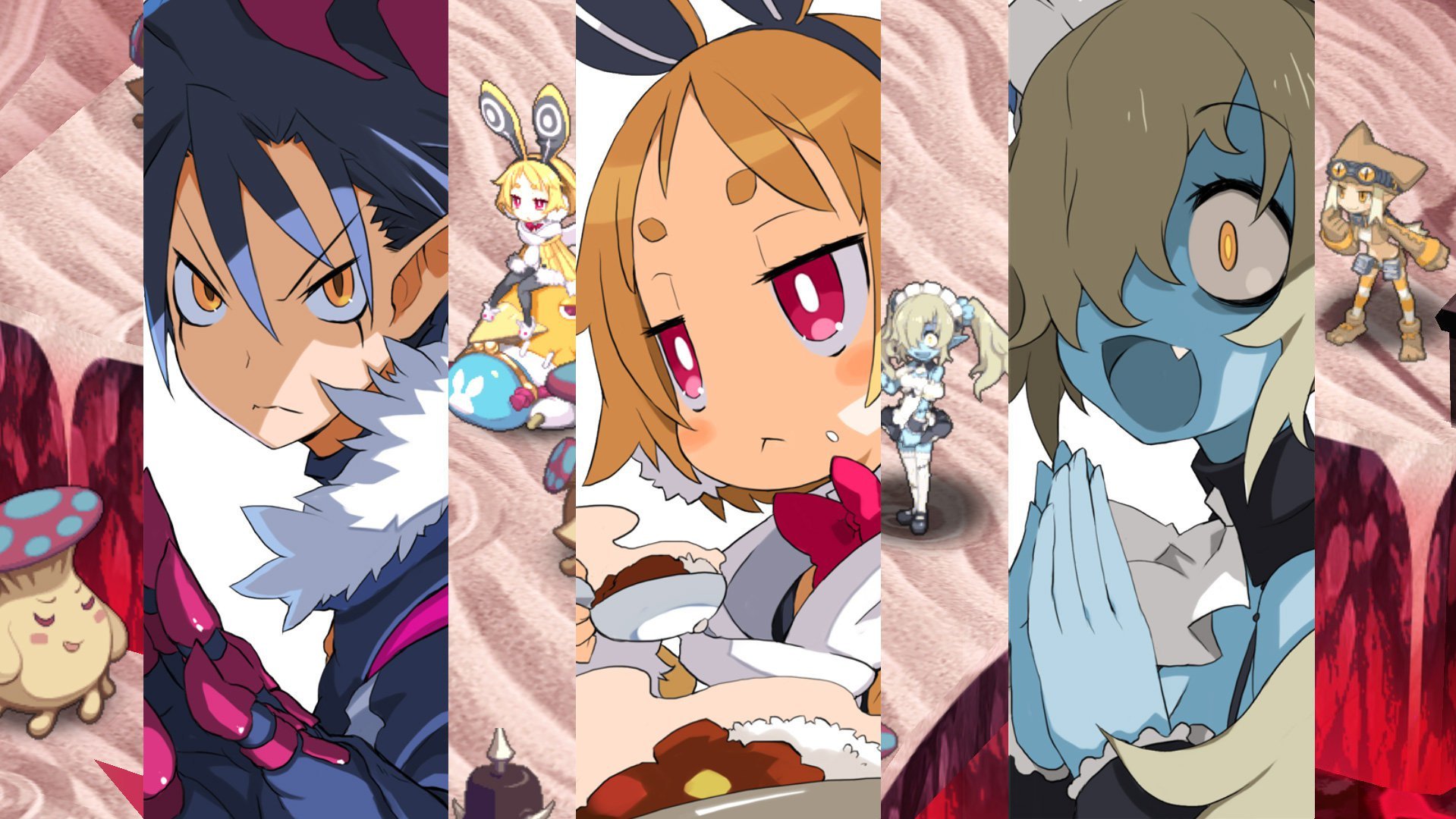 I can count on the Disgaea series. While NIS always seems to be trying to recreate the magic of the initial release, every game manages to capture the essence of SRPGs in a charming and robust manner.

The story isn’t as impressive as the last entry, but Alliance of Vengeance has made a number of advancements to the Disgaea formula.

This time around, Void Dark, an evil overlord, sparks the largest Netherworld war in history. As a result of essentially alienating the entire galaxy, a heap of rival overlords rise up in revolt, one of which is led by the stoic warrior Killia. Because of the focus on global (or universal) conflict, the narrative feels more sprawling in Alliance of Vengeance, which works both for and against it.

This is more of a gradual story, building up over time, than the small-group feel of most of the series. Hell, in Disgaea 3, the main character wants to kill his dad for smashing his video games. As a result, the characters aren’t quite as crazy or manic as Laharl and Mao — they have bigger things at stake. Killia’s silent archetype does get old after a while, but his style actually works from a gameplay perspective, so I never felt fully disconnected from him.

Seraphina, the Princess Overlord of the Gorgeous, is a bit more annoying. She has that “hohohoho!” laugh that’s popular in anime, and her jokes of dominating everyone around her get old very quickly. But like all Disgaea characters, she opens up over time and reveals more depth, particularly with her backstory. She also fills in for Etna in-between chapters, delivering the comedic interludes that are clearly too absurd to be canon. There are plenty of side-conversations to have, and an archive function in the game’s hub world allows players to re-watch cutscenes or dialog bits.

Ailliance of Vengeance‘s weakest point is probably the narrative this time around. Particularly for the first 10 hours or so, the pace is relatively slow. You know nothing of the true motivations of most of the cast, and the main draw seems to be “fight, fight, fight until we get to Void Dark.” You’ll get a few flashes of story here and there, but for the most part it’s one-dimensional.

As for the rest of the cast, it’s about par for the course — you have your meathead, your subservient Prinnies, your overconfident youngsters, and so on. There wasn’t anyone I outright loved like Almaz or Mr. Champloo from Disgaea 3, but no one is excessively annoying or not worth using during missions. I’ve always felt like Disgaea is what you make it, party-wise. Since the class creation system is more robust than ever, you can literally custom-tailor your own characters.

It helps that the animations are beautiful, as is the artwork. It’s not going to push the PS4 even close to its limits, but it’s far better looking than the last entries on PS3, and it’s crazy how gorgeous anime-style games look on current consoles. It’s all so smooth, colorful, and well-crafted. Even characters that belong to the same class look different enough, especially when they wield a variety of weapons, which yield their own sets of personality.

Disgaea 5 kicks off in record time, as you’re placed into the main hub in minutes. Like every other game in the series, you’ll launch missions from here, equip your party, and shoot the breeze with various NPCs. The tools available are a bit more expansive than other games, most notably the crazy character creation mechanic I mentioned above. In addition to a name and color scheme, you’ll also be able to hire them at your current level, alter their personality, and change every single one of their skills if you wish. For instance, you could create a fury-crazed warrior with a red hue named Immortan Joe, debuff his ranged attacks, and reapply those points into close-combat, high-risk abilities.

As usual, the “all at once” player turns in combat work splendidly. If you’ve never played a Disgaea game before, your entire team gets to do their turn, and then the enemy team does theirs. It’s an interesting juxtaposition to the alternating scheme used in most SRPGs, and it’s even more nuanced when you take into account the “execute” function that lets you play out part of your turn in the order that you selected. This is on top of the crazy counter-attacks that will play out randomly (as well as counter-counters and counter-counter-counters), and team-up attacks that initiate when you’re near a party member on the grid.

You also need to watch for enemy “Evilties” this time, which may produce effects like making foes stronger next to other baddies, and so on. Likewise, your team has their own set of Evilties, like Seraphina’s ability to do more damage to males. Combined with the Geo system (colored zones that also provide buffs or debuffs), you’ll have to pay attention at all times to get the most out of a battle. Eventually, you’ll unlock the power to place characters in “Support Squads,” granting them special bonuses with the caveat that each squad is limited in number. Oh, and there’s the Revenge system that powers up characters after the death of a connected party member, the Item World and council system return, and new classes like Dark Knights (one of my new favorites), Maids (an item-based class), and Fairies (who absorb magic) join the fray.

Thankfully, there are a lot of game options to customize the experience as well, including jacking up the movement speed during hub sequences, upping combat speed, skipping animations, and auto-scrolling conversations, which are mostly fully-voiced. While I don’t have access to it yet and it didn’t influence this review, Alliance of Vengeance still has the contentious DLC strategy as past titles. I feel like the series has enough to last you at least 100 hours on its own, but I still don’t like the idea of selling fan-favorite characters piecemeal directly after launch.

Disgaea 5: Alliance of Vengeance may not have the best story or cast in the series, but it gets the job done, and brings a ton of advancements with it in the process. I’ll probably be playing this one for years to come, and I sincerely hope NIS is able to continue this series. It’s still one of the best SRPG franchises in the business.