This game is DiRTY

If you’re wondering what type of racer DiRT Rally 2.0 is, then let me explain my first five minutes with the title. I booted the game up and was greeted with an exceptionally plain splash screen and menu. A narrator started to talk, but I accidentally pressed a button and it canceled out the speech. Assuming the first option led to a career mode, I picked “Events” and “Career Rally,” then selected my car and mentally prepared myself for the race.

The very first track I was greeted with was an 8.34 mile stretch of road in Poland that took around 11 minutes to complete. I had no rewinds, very minimal assists, and my lack of understanding saw me jump the starting countdown and accrue extra time on the clock. I clipped a turn at one point and my tire exploded, requiring me to make a stop and manually replace the wheel to continue.

Yeah, this is certainly a hardcore rally simulator. I just wish the rest of the package could have lived up to that brutal opener. 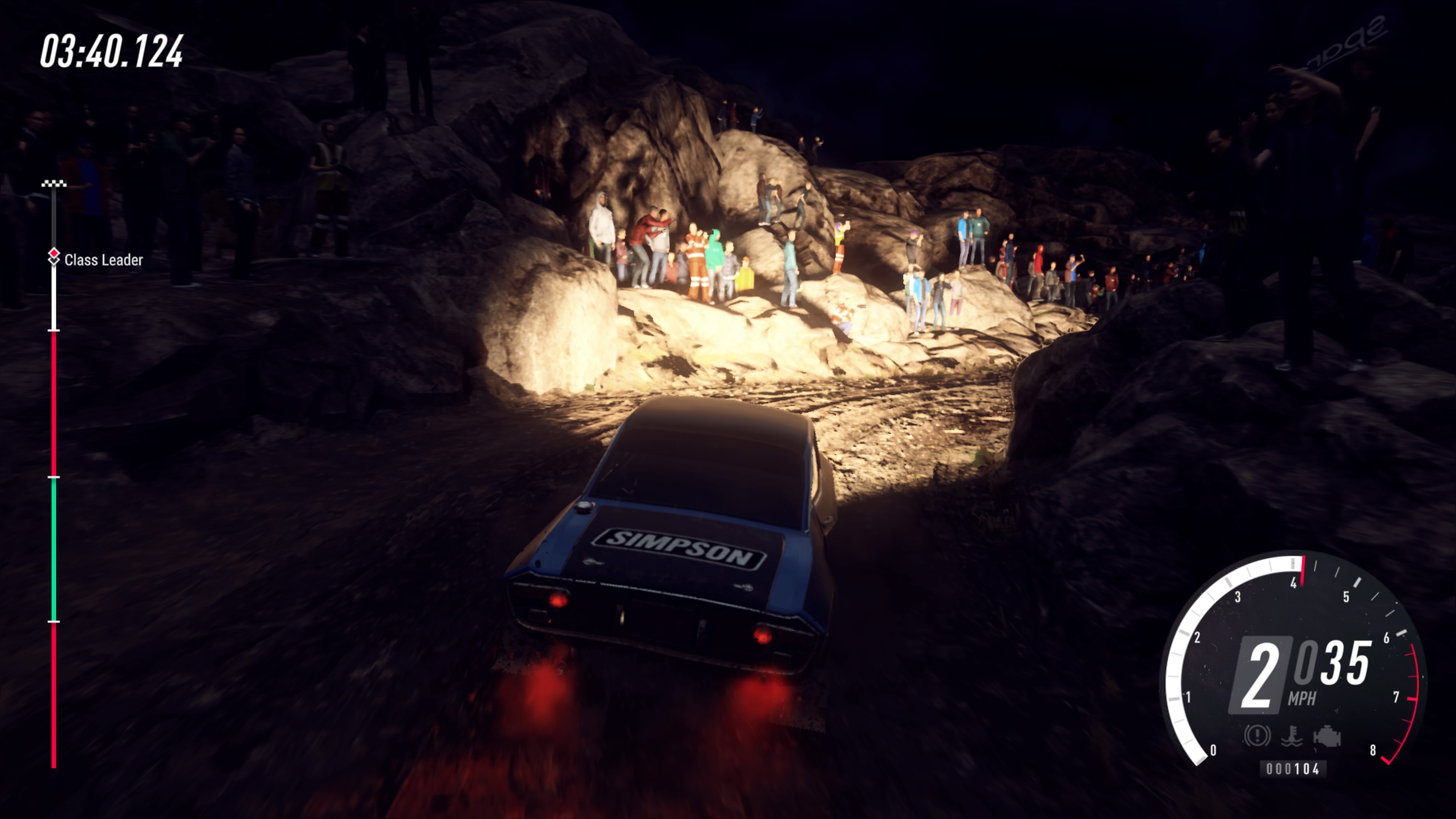 For an entire console generation now, the DiRT series has been known for being quite the accomplished racer. Codemasters has crafted a very specific title for a certain niche of fans that like to delve into almost sim-like attention to detail. While the mainline series has threaded the line between arcade goodness and extreme realism, the 2015 spin-off DiRT Rally catered specifically to the veteran racers that were looking for an accurate replication of this brutal sport. It was not a welcoming title for those looking to jump into this off-shoot of the Colin McRae games.

Rally 2.0 continues this trend and makes no concessions for players not versed with the rules of Rally racing. If you don’t understand that “Don’t Cut” means you really should not cut your turn, just walk away now. I will say that I’m surprised there isn’t a tutorial mode here, but I can’t exactly blame the second entry of a hardcore racing series to assume fans played the first. You either know the game by now or you don’t.

Even with that expectation in mind, the menu system is way too thin. This is a game with little to no personality and with an announcer that you can accidentally cancel out. Like I said in the opening, a man started talking and I accidentally pressed the X button, which then ceased his explanation with no way to replay it. I was left to discover the menu on my own, but it’s so threadbare that I almost thought I was playing the limited install version of the game (DiRT Rally 2.0 on PS4 has one of those “Ready to Play” options).

No, there really is just nothing else to the game. You have a menu option that says Events, another for Freeplay, then Store and just general game options. I naively thought Store would be for the in-game garage, but it’s actually a link to the PlayStation Store (or your platform equivalent) that is primed to sell you DLC before you even begin racing. It’s not the best introduction and it certainly made me question what was going on.

When you do finally accept that the career really is just six locations with four tracks each, you’ll begin racing with one of two cars available at the start. Not that any racer should give you the full garage from the get-go, but you’re not even given an option to try many different cars should you opt to jump right into the career. You’re expected to race with some POS mobile in a game that is ridiculously punishing to earn around 20,000 credits that will barely cover the repairs you might need.

To put it bluntly, I think the career is a total wash. I take issue with how racing games start off small and then repeat the same content with more laps (as if that is an actual increase in challenge), but Rally 2.0 doesn’t even bother crafting an interesting career. It just throws literally everything at you at once with no set dressing and no variation. You’re here for Rally or Rally Cross and that’s it. I suppose it cuts the fat, but it does nothing to foster improving your abilities. It also really hurts that it requires an online connection, meaning you can’t even make progress offline. 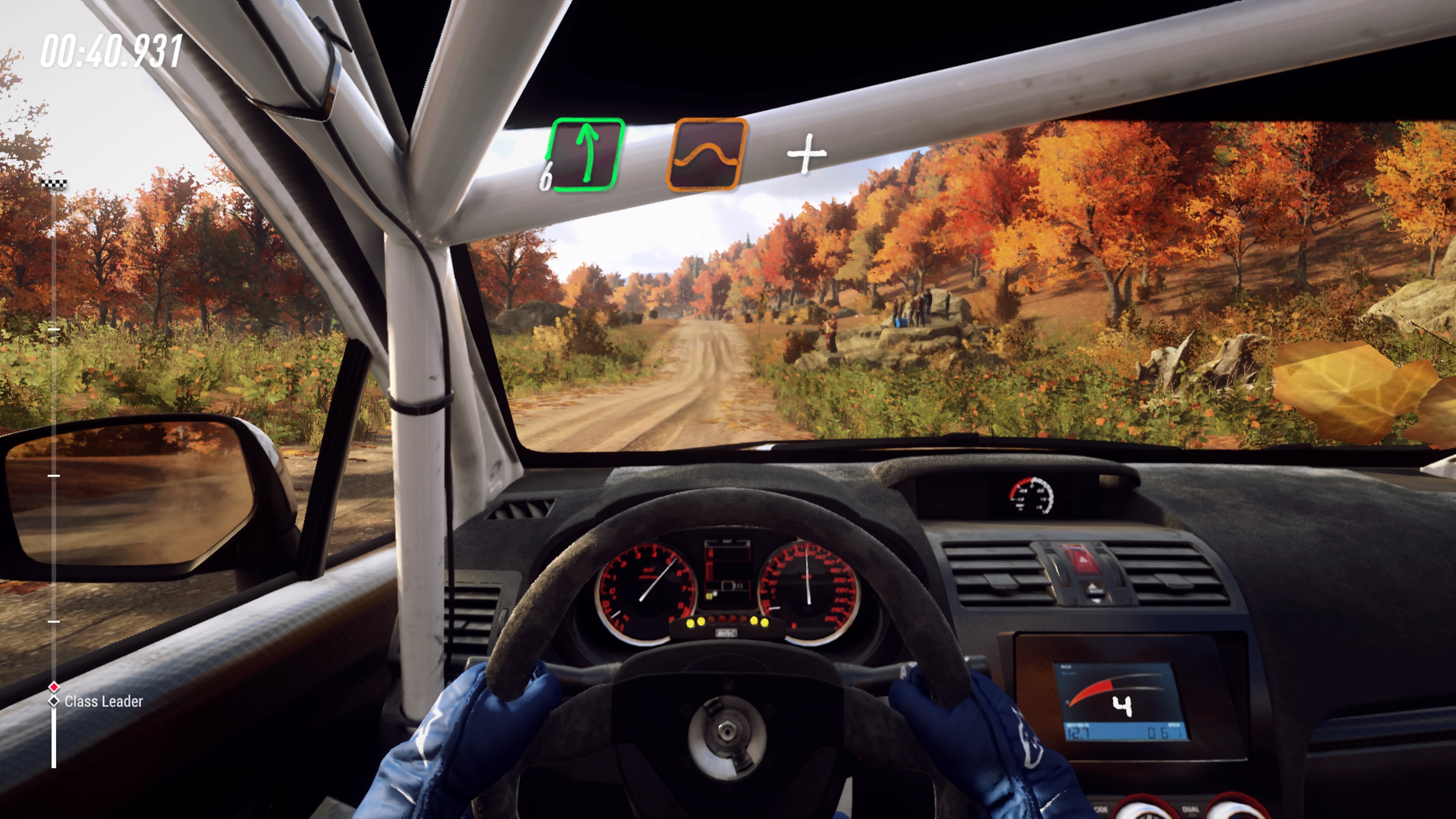 At least the racing model used for Rally 2.0 is stellar. There is an exceptionally accurate physics model going on that puts a lot of modern racers to shame. Readers of this site will know that I’ve lobbied my complaints at Forza 7 and Gran Turismo Sport, but I have no beef with the way DiRT Rally 2.0 plays. It’s occasionally frustrating and I can’t continuously play it for more than a few hours, but this is likely the best racer Codemasters has ever produced. The rush of adrenaline you get from making a perfect turn is simply unmatched in any other racer, not to mention there is a real rush when you’re flying down the road at 80 MPH in a pitch-black forest because your stupid self trashed your headlights in a collision.

It’s just that every other aspect of Rally 2.0 feels undercooked. While I have no problem with how Rally and even DiRT 4 decided to lean more into the Rally aspects of the sport (considering the series began that way), my biggest problem with both outings is how limited in content they were. DiRT 3 may not be the standout entry for many fans, but I was floored with how much content was present in the game. Gymkhana be damned, there was always something new to explore and see with plenty of cars to tinker with. Multiplayer was also fully featured and had a ton of extra options for playing with friends.

Rally 2.0 mostly feels like a reskin of DiRT 4 with a more realistic focus and some odd concessions with career and cars. There are fewer vehicles, the random track generator is gone, Rally Cross reuses the exact tracks from 4, and the online multiplayer is still super basic. You can actually verse opponents in live competition with Rally Cross, but the traditional Rally mode might as well be a solo affair. Everyone connects, but you can’t interact with other cars while starting at the gate. They seemingly disappear into another realm while you’re racing. 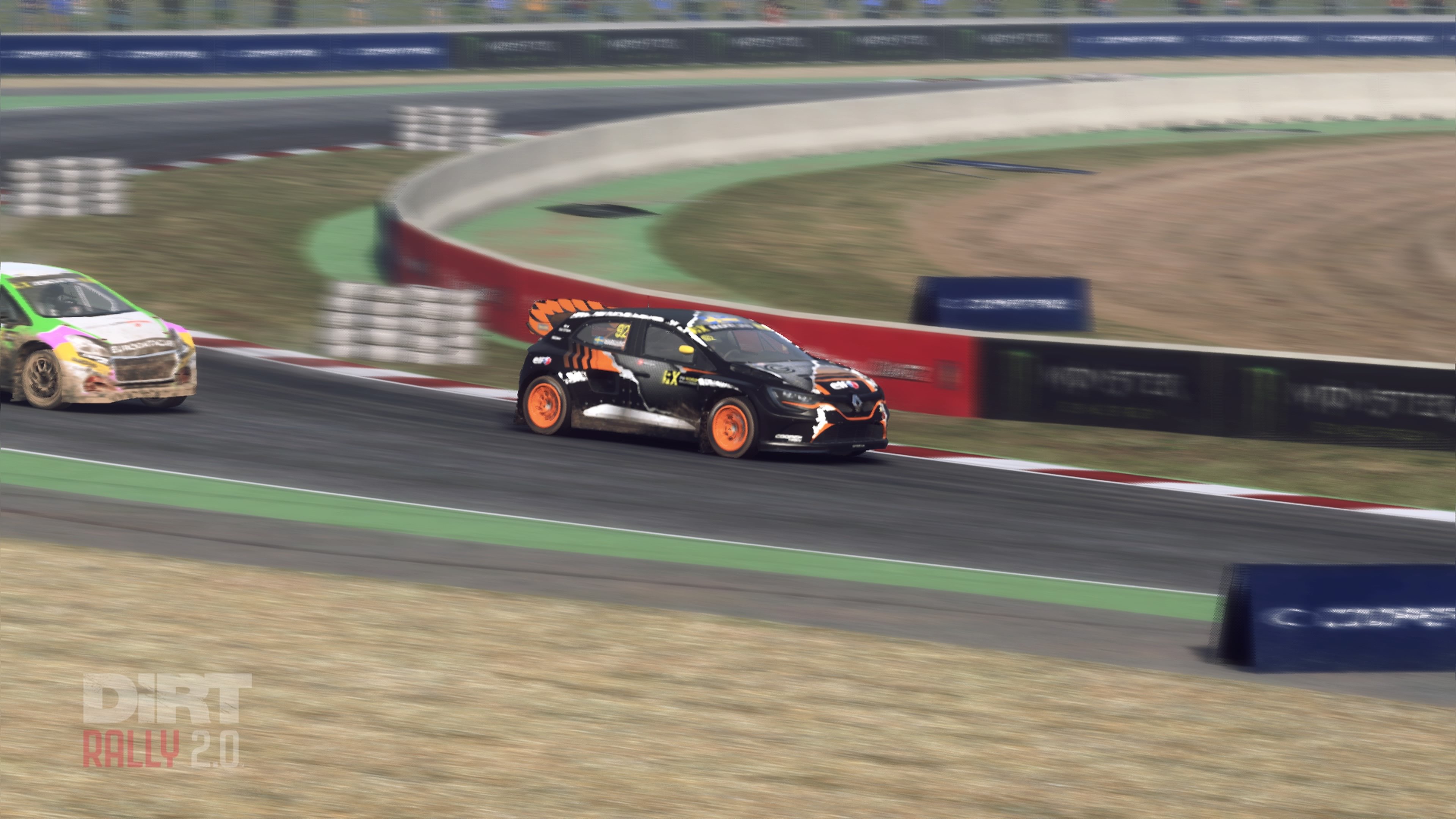 It doesn’t help that once you finish the career modes, there is nothing left. Time Trials are there and you can create your own custom championships (which is what multiplayer is limited to), but unless you feel like committing to four- or five-hour-long stretches of races that lock your car out from other game modes, you’re just going to be sitting around doing nothing. The career options don’t dole out many credits, so even trying to partake of the Daily and Weekly challenges to earn extra money means you’ll probably not have another car available for the job. You can’t rent them out except for in Freeplay and that doesn’t earn you any money.

I might not be so salty about this lack of content if Codemasters wasn’t openly marketing a “Deluxe” version of DiRT Rally 2.0 that includes two seasons worth of content. Like I mentioned above, the Store option on the main menu takes you directly to your digital marketplace of choice and advertises a $29.99 season pass that includes six additional locations, 10 extra vehicles, new events, and high payout rewards. Talk about a slap in the face to longtime fans.

So I’m very conflicted with DiRT Rally 2.0. It is a rewarding and difficult racer that is sure to please die-hard racing fans but may even aggravate them with how barren it feels. Looking almost identical to DiRT 4 in both graphics and menu design, it becomes incredibly difficult to recommend at full price when you can get almost the same experience with the last main entry. 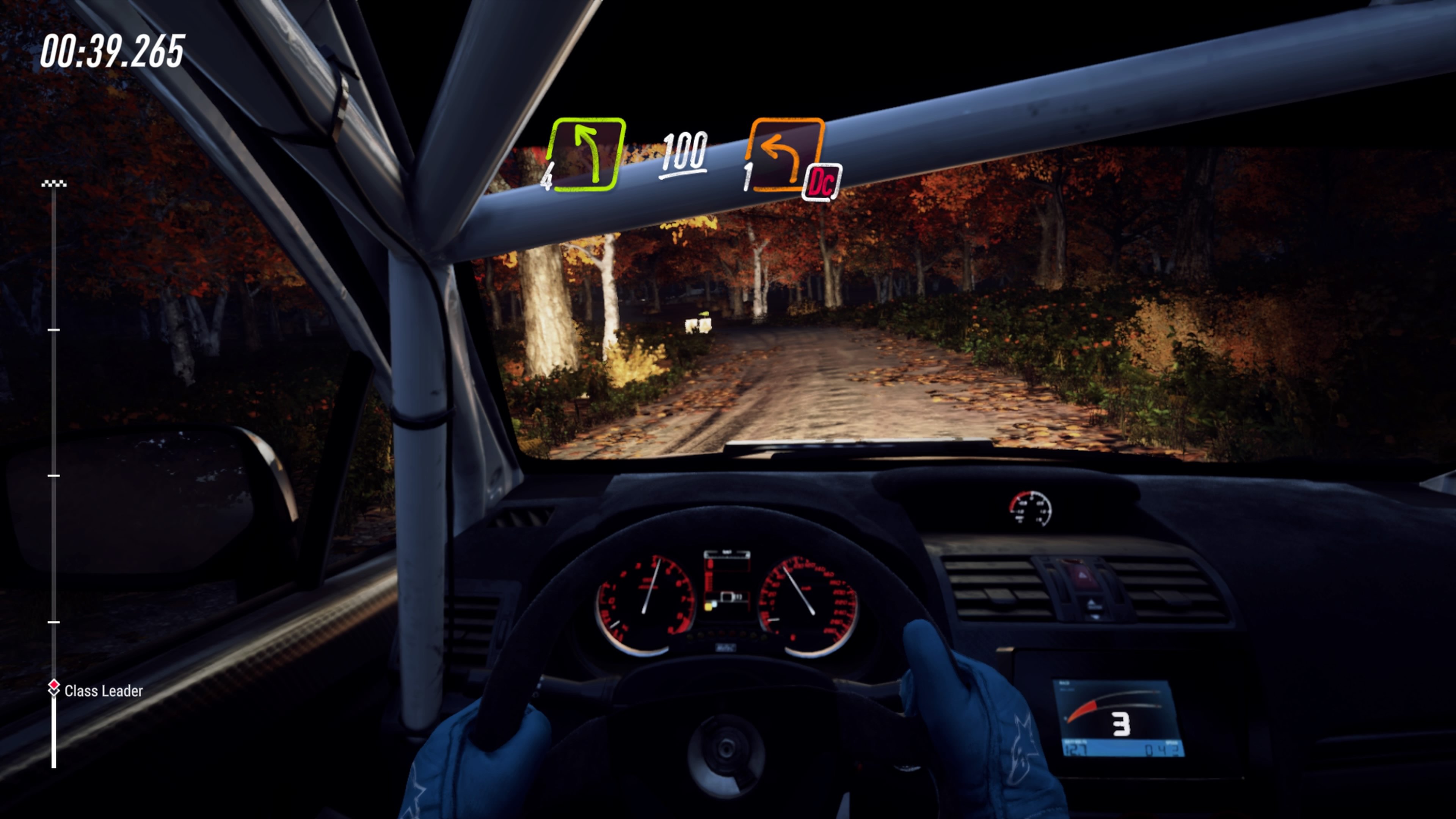 Maybe that season pass will improve things so dramatically that I’ll be singing a different tune, but I honestly don’t think fans should consider grabbing this game at full price. Codemasters has honed its craft with regards to its racing model, but it really has taken a step back with the full package. I don’t need oodles and oodles of modes, distractions, and persistent progression to feel accomplished, but I also don’t expect anyone to happily pay $60 for a game with less content than its predecessors.

DiRT Rally 2.0 might be the best-feeling racer Codemasters has ever produced, but it most definitely is not the best iteration of this long-running series.