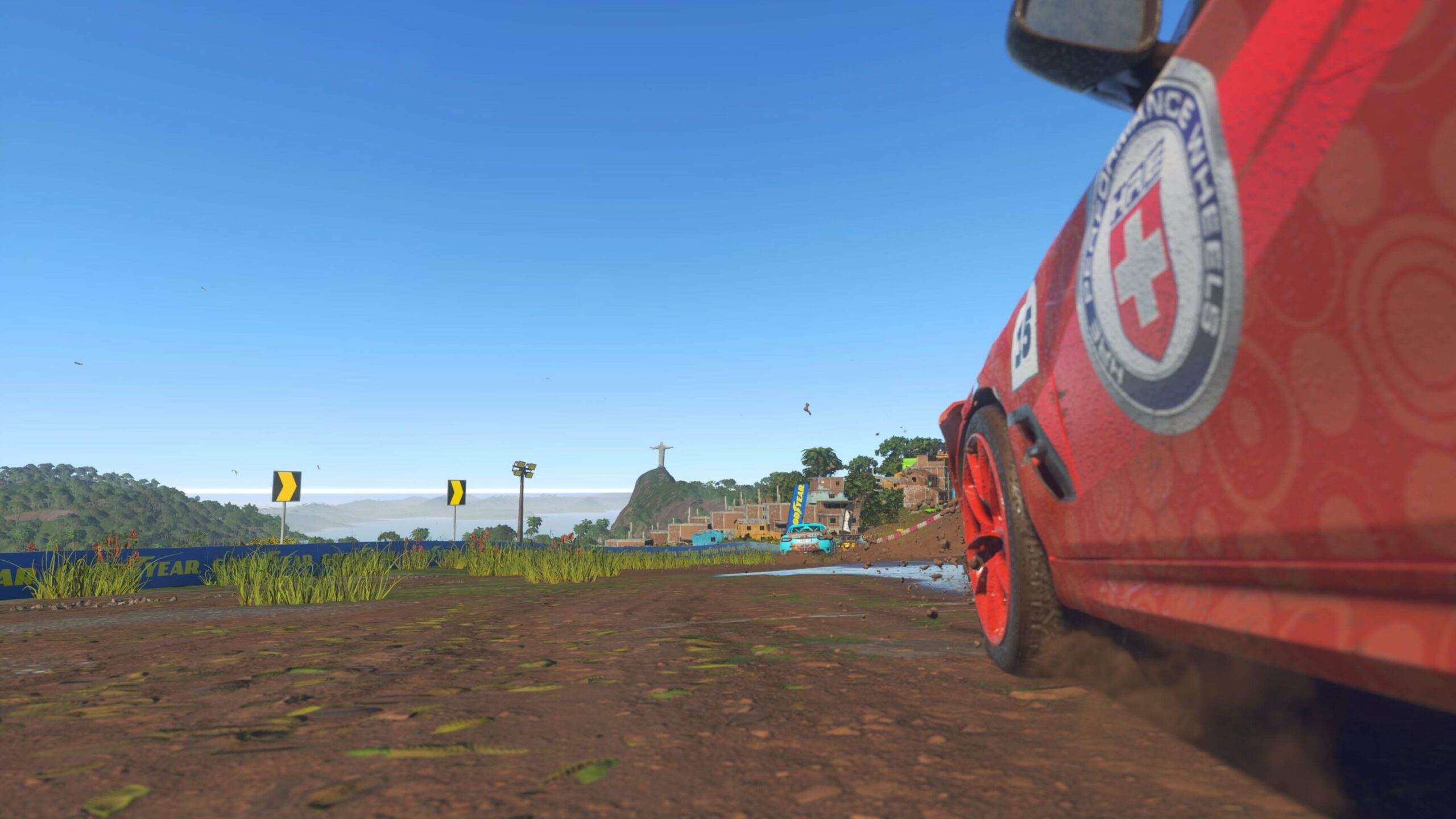 At a certain point in my life, religiously chasing racing games kind of passed me by.

Don’t get me wrong, I’m always up for a digital drive: I just might not be partaking in every single entry of a franchise. Although Codemasters has been a paragon in the genre for decades now, for whatever reason the Dirt series was always in my rear view mirror.

Dirt 5 takes a more arcadey turn, which should delight a lot of the folks looking to pick it up with their shiny new console for the first time in a while (or ever); and possibly piss off hardcore simulation enthusiasts. As someone who has skirted both lines (I have a Logitech wheel system for Xbox One, which works on Series X), I feel like Codemasters has reached a comfortable medium here. As an off-road racer, that’s a tough nut to crack. You want the physics to be on point enough, even if you’re going for an arcade feel, so that the tracks don’t suffer.

As far as looks go, Dirt 5 hits that zone where it looks great without feeling dull. Draw distances are on point on some of the more elegant tracks, but the cars themselves are often colorful in a silly way. On the Series X everything looks a little snappier, coupled with a smooth framerate that’s a must for racing titles. That smoothness isn’t immune to glitches. I did, however, fall out of the map once on a race, which forced me to restart.

The tracks themselves are extremely strong, even if the raw count doesn’t feel like a lot. Dirt 5 features Brazil, China, Greece, Italy, Morocco, Norway, Nepal, South Africa, and two USA circuits (Arizona, Roosevelt Island) with two to five courses each. The globetrotting presentation helps keep things fresh, like a modern day Cruis’n. Because the focus is mostly offroading, Dirt 5 continues the series tradition of varied design. I particularly love the return of one-way downhill/uphill races where you can really feel like you’re going for broke when driving.

Make sure you’re ready to play these tracks unprompted, because the campaign is barebones. Codemasters tries to inject a little personality into it but the lack of choice and uninspired challenges (like “trade paint with a few cars”) are a dull way to facilitate the otherwise entertaining nature of the racing itself. I just couldn’t get behind the “podcast” presentation of the campaign: sorry, Nolan North and Troy Baker aren’t selling points on principle without a good script to back them up.

Given that there’s 13 different types of cars (a few of which are a little too similar in terms of handling), you can really head back into individual tracks with plenty of new angles: but the campaign stringently feels like it’s moving you away from that freeing arcade nature. You can also race freely online or head to the create-a-track mode. The former has a few standout fun modes like “Vampire,” which involves two teams of cars trying to tag or avoid each other. King (basically King of the Hill in vehicle form) and Transporter (grab the object) also remind me of the ill-fated OnRush in the best of ways. Dirt 5 is really good for a “quick match.”

The creation mode offers up several potential frameworks, including score attack (Gymkhana from Dirt 3), gate crash (checkpoints), or good old fashioned races. It’s early yet, but the community has come up with some really fun stuff so far, especially with the more esoteric gate crash creations. It doesn’t have nearly as many raw assets as I would like, but the potential with that limited number is high.

You can craft giant funhouses of tracks layered on top of one another and really go buck wild when you’re setting everything up: leaderboard support to chase high scores is the cherry on top. As long as you’re looking for bite-sized experiences beyond the campaign, there’s lots to do.

If you’re the type of person who plays racing games for hundreds of hours, Dirt 5 might let you down and I completely understand why. But for everyone else, it’s a very accessible and personality-filled game that should keep you busy for a while.