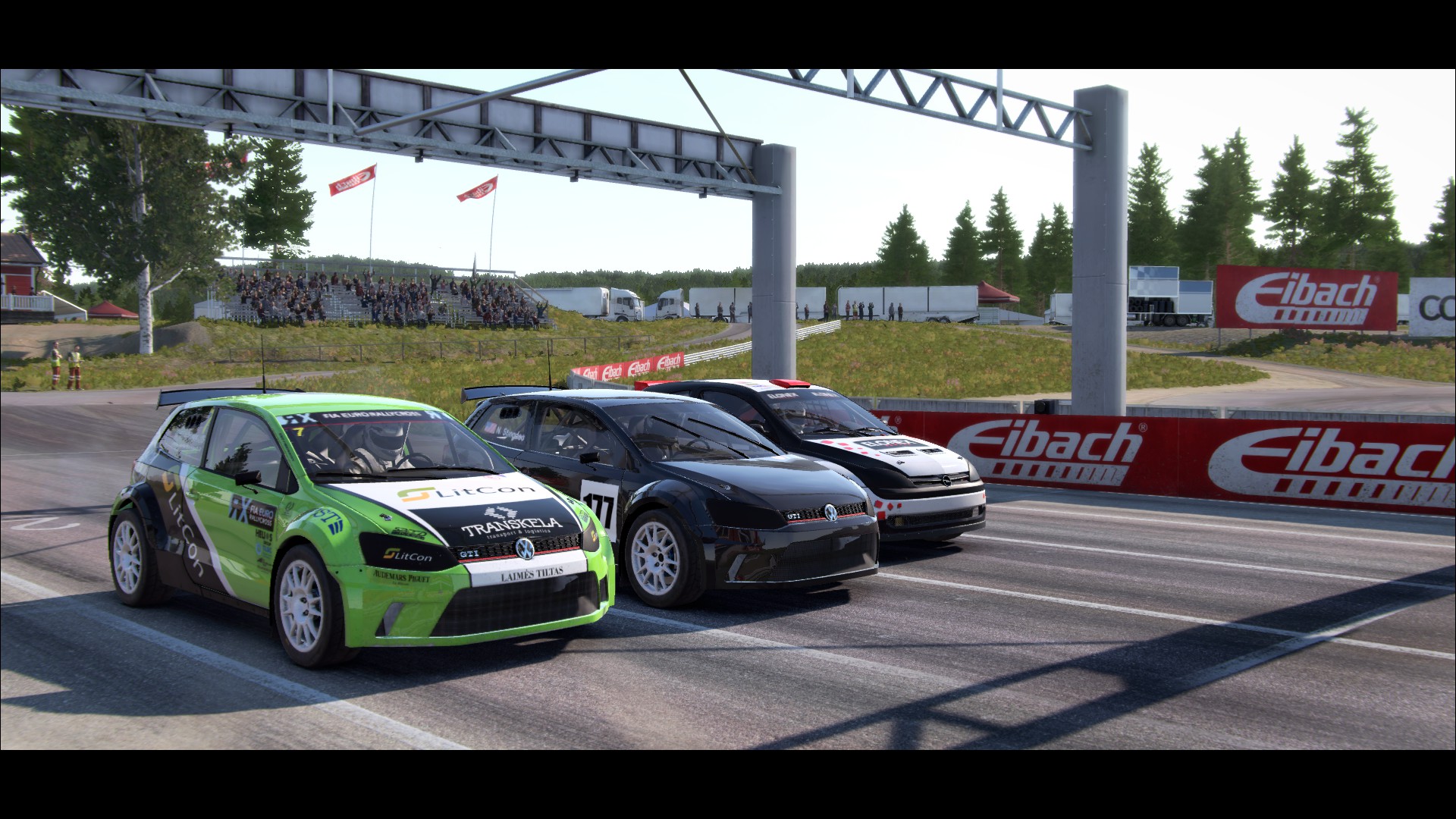 DiRT 4’s tagline is “Be Fearless” and it definitely makes sense. This is a game more concerned about accurately recreating the sensation of Rally Sport than it is about accommodating lesser-skilled players. You need to be willing to throw away your conception of what racing games are and engage with how brutal this game can be. You have to push yourself to your limits to get better or else go home with nothing.

To put to bluntly, DiRT 4 is not for everyone. This is a game for people who are willing to work for their entertainment and the rewards can be sweet. The biggest issue plaguing the whole package, though, is a lack of content beyond basic modes. 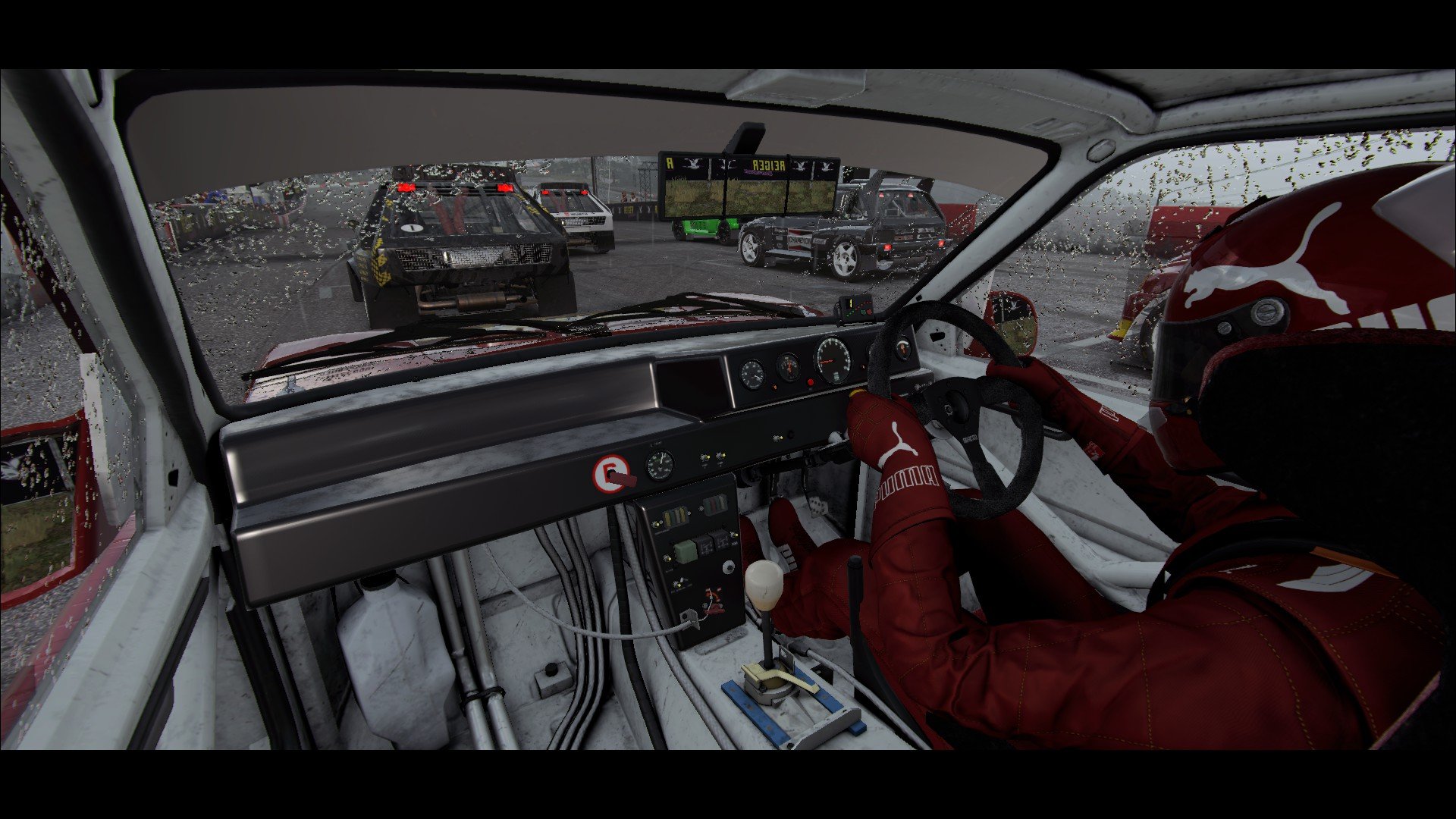 Codemasters has smartly decided to stick to what the DiRT series is famous for with this latest entry. Instead of spending time creating superfluous modes or multiplayer diversions, DiRT 4 is primarily focused on providing the best possible rally experience it can. This takes the form of a random track generator that, theoretically, provides an endless amount of courses for one to tackle.

This option is ridiculously simple to use. You can access it from the main menu under Joyride, Freeplay, and event in Custom Events. You just select “Rally,” choose one of the five locations, set a few parameters, and then click generate. While I would like to see more options for customization (like where towns are or elevating certain segments), the tracks all feel really natural when driving on them.

Dirt 4 contains two handling models available to players. Split between “Gamer” and “Simulation,” each mode feels distinct from each other and puts as much or as little control over the various aspects of your car as you want. The former is definitely tighter and feels like playing with training wheels, but if you aren’t quite ready to dive head first into extreme racing, it acts as a great way to acclimate yourself to the world of DiRT.

“Simulation,” though, feels outstanding. This is one of the most accurate racing models I’ve ever felt in a game and I wouldn’t want it any other way. Pulling off last-second turns and overtakes requires so much concentration and attention to detail that even the basic act of keeping your car straight feels like an accomplishment. To say that “Simulation” is hard is an understatement; this mode will kick your ass if you aren’t careful.

Along with those presets, you can tweak different assists from the menu before each race. If you want to lock the game into dash cam, you can do that. You’ll also be able to turn on/off anti-lock braking, traction control, throttle control, and even automatic windshield wipers for when your windows get dirtied up. Some of these features make no sense to me, but they are bound to please hardcore fans.

As for where you get to test these different models, DiRT 4 has all the requisite career and time trials modes that have been made standard in racing titles over the years. Career is a more stripped-down affair than previous entries in the series (and other racing games, in general), only containing three truly different modes of play. You’ll tackle “Rally,” “Rally-X” and “Land Rush” disciplines with “Historic Rally” being the final option, though that is mostly the same as the regular rally option, just with classic vehicles. 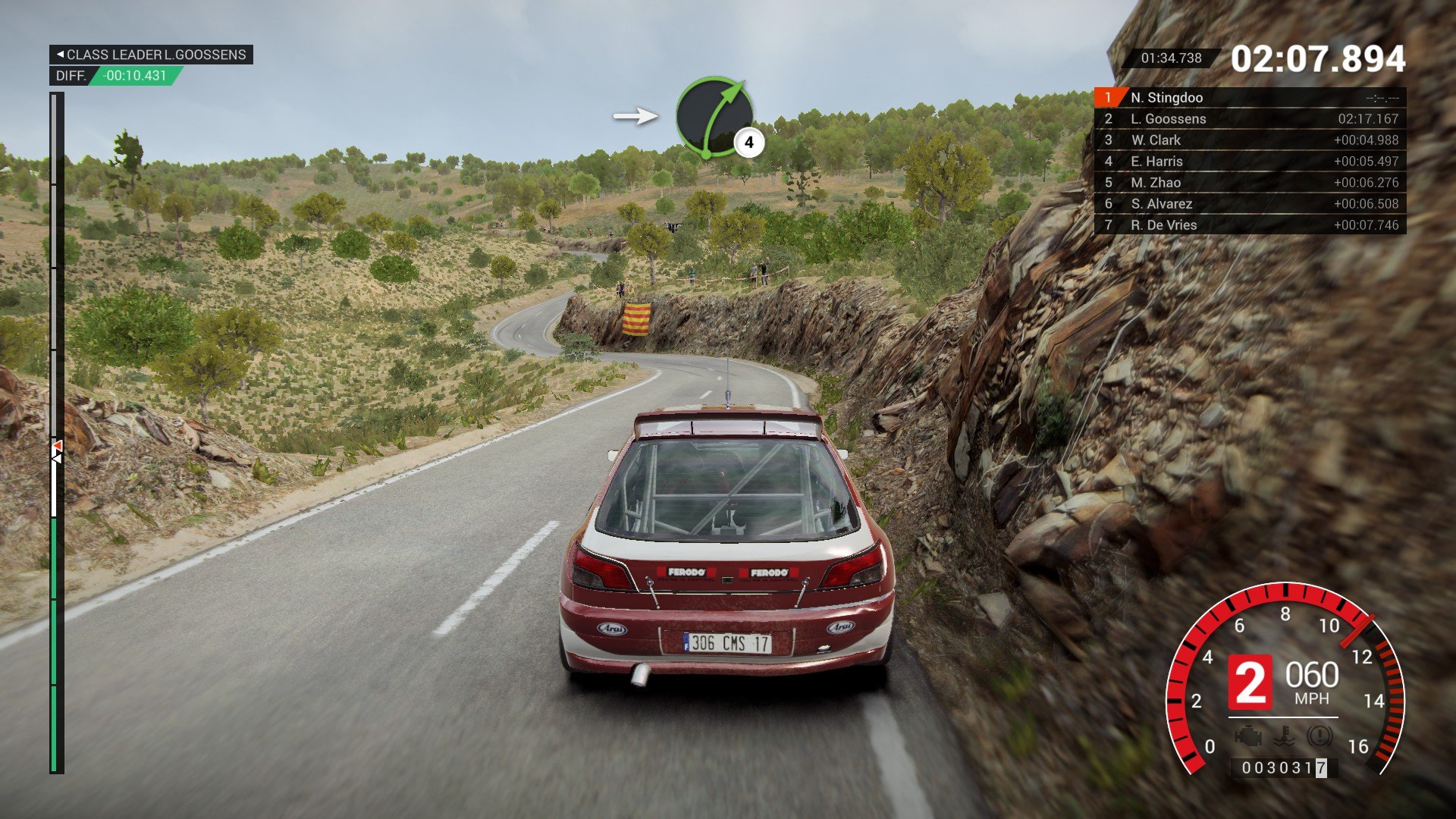 “Rally-X” and “Land Rush” are where this game can get mean. Even with the “Gamer” handling model, you need to learn to control your car like it is a part of your body. The variation in the types of ground can be devastating to your wheels if you blindly floor the gas pedal. Some courses will see you shifting from gravel to asphalt and then onto regular old dirt before even making your first turn, which can then send your car swinging wildly about the course without proper braking. It is frustrating, but can be surmounted by honing your technique and focusing on what is ahead of you.

Those two modes are also the only options for direct competition within DiRT 4. The regular rally option is basically a time trial, as rally racing is, but there isn’t an option for rolling starts or interaction with opponents. That seems like a missed opportunity, especially with how difficult it is to gauge where other player’s split times are. Passing an opponent on a track would be sublime.

As well as having actual racing, the campaign in DiRT 4 features a team-building aspect that is really poorly explained and kind of shoved into the background. While the announcer did mention something about buying cars for my garage to start a team, the game does absolutely nothing to clue you into hiring staff, upgrading your facilities, and tweaking your cars for maximum performance. 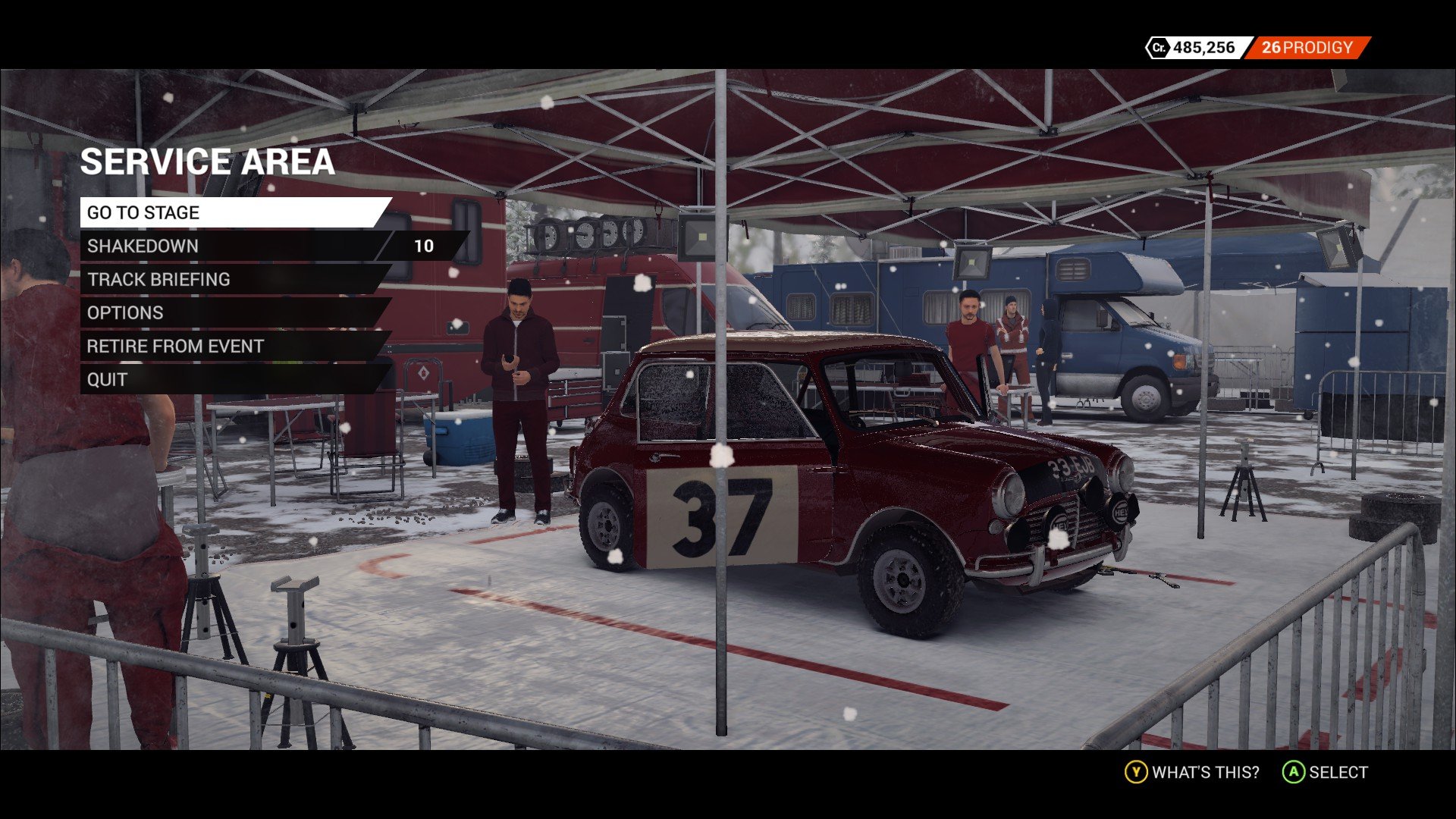 These options are all listed under “My Team” from the main menu. From there, you can customize your team’s livery, hire different staff to fill positions like PR Rep, Chief Engineer, and Co-driver, as well as upgrade parts on your cars and acquire new vehicles. It doesn’t play the biggest role in how you’ll progress through career mode, but it can be fun to feel like you’re assembling a crack team of experts to help you win.

While that adds a bit of depth to the proceedings, the career in DiRT 4 isn’t without its faults. It starts off looking compact, but eventually bloats itself out to feature championship tiers that have 30 races. Everything is broken down into smaller events (typically consisting of two to five races), but once you select a specific championship, you’ll have to finish it out before progressing onto something else.

Thankfully, you can quit the game and make an interim save of your progress. Curiously, though, you can’t skip over events you may have already completed should you fail an event or decide to jump into a different tier or discipline. You also can’t change your vehicle once you’ve started a championship, so you might run into situations where you’re acing the first event and then bombing out in the second. 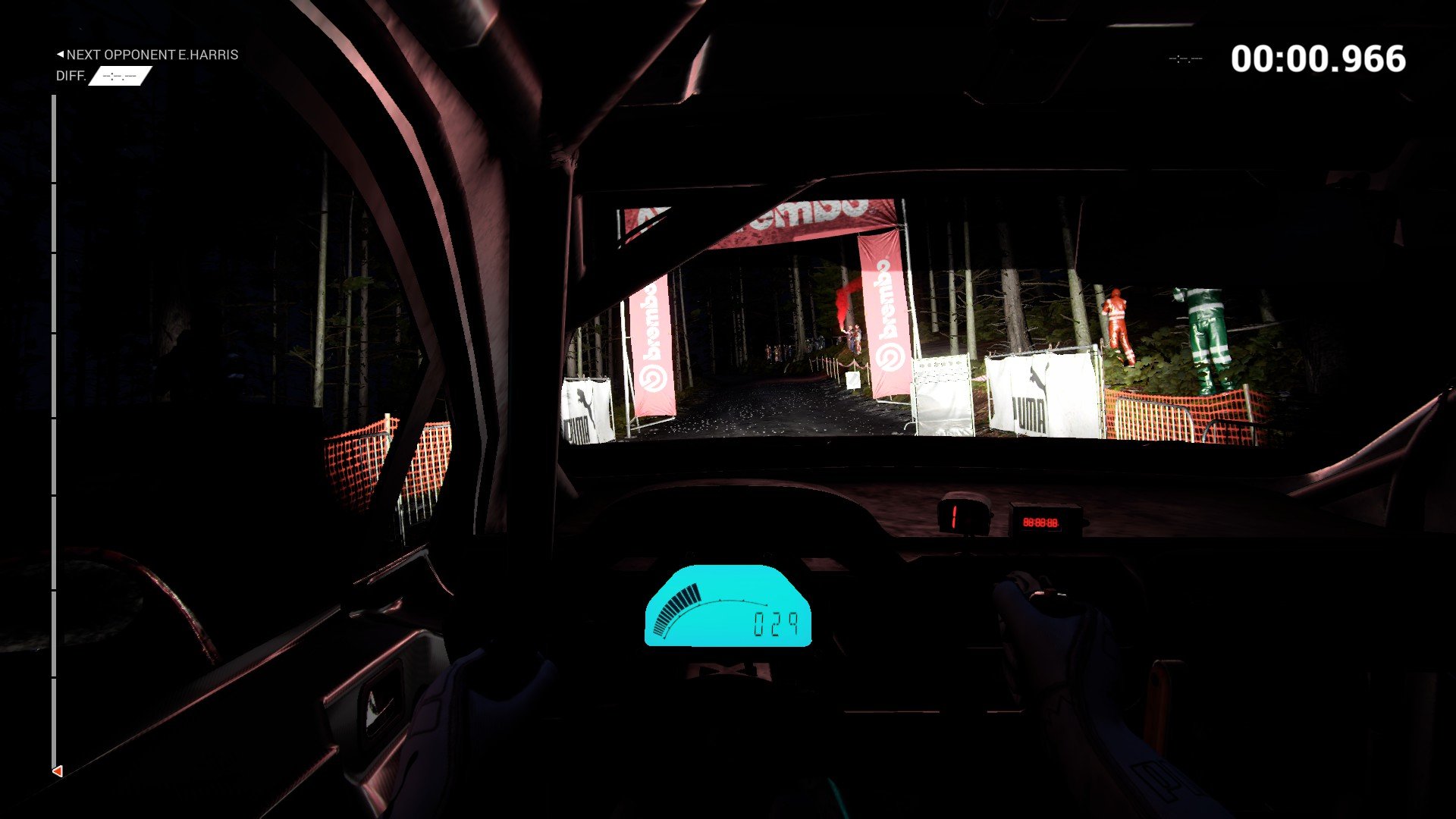 Most people would be fine with this if DiRT 4 had the rewind feature that has become standard over the last half decade, but Codemasters axed that functionality. While I applaud them for making the game they want to make, it certainly limits the appeal of DiRT 4 to enthusiasts and dedicated fans. Newcomers probably won’t like how punishing a single missed turn can be. At least you’re given track restarts, though you can actually turn those off to truly make this game a nightmare.

If you’re willing to stick it out, DiRT 4 does feature an extensive set of tutorials to train you how to properly race. Situated in the DiRT Academy from the main menu, this mode has a plethora of interactive demonstrations that give almost enough information about different racing techniques and advanced skills for conquering tough maneuvers.

I do really like how the game does a guided run-through of the short course you’ll be driving with visuals that show when to apply gas or brake, but once you’re given the reigns, it doesn’t matter how long it takes you to finish the lesson or if you even follow the guidelines set before you. You can crash through walls and totally disobey what was said and the lesson still counts as being finished. 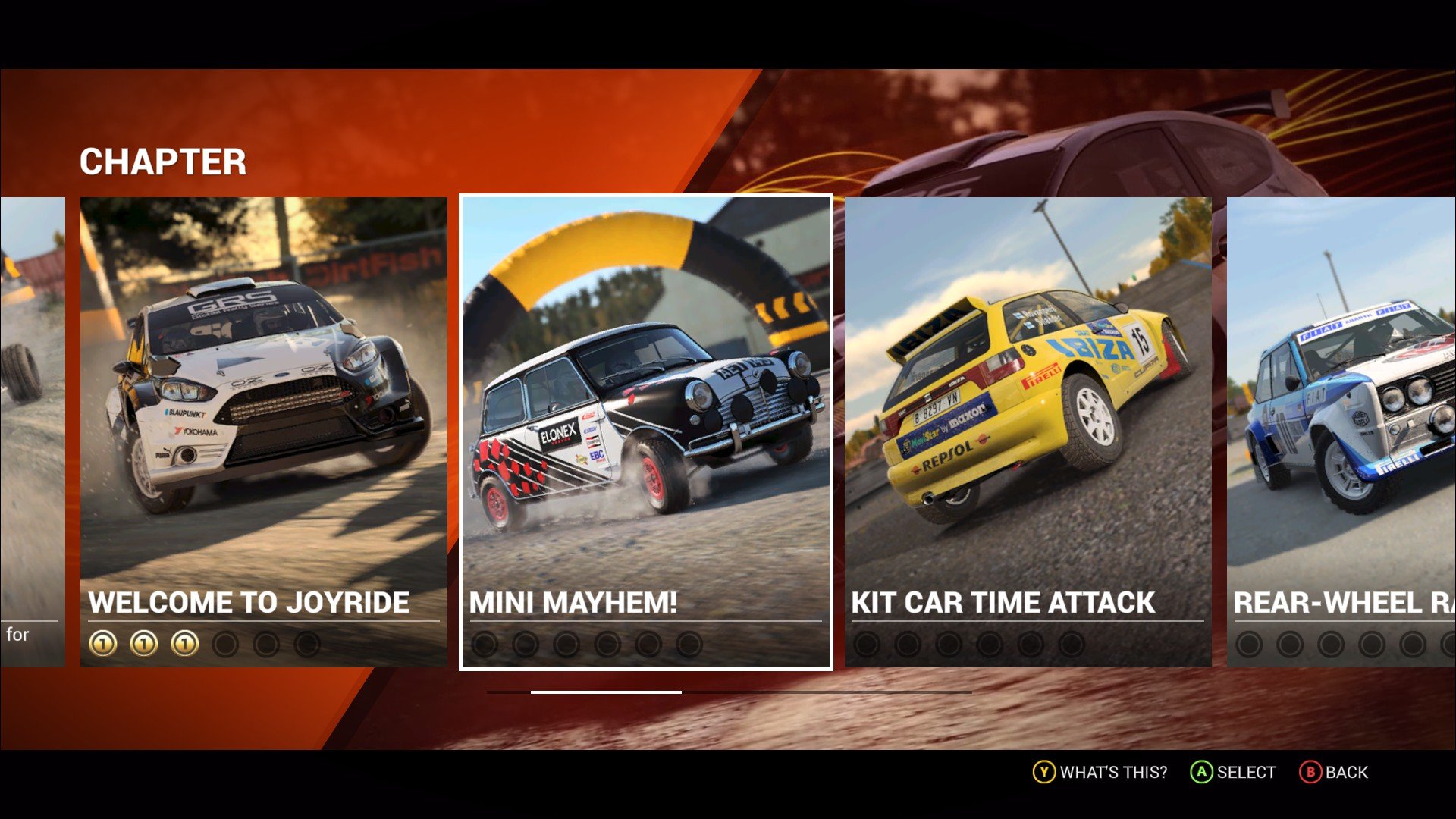 The DiRT Academy also has a joyride mode and a set of time trial options you can complete. Along with the time trials comes “Smash Attack,” an option that was present in DiRT 3’s Gymkhana mode. While you don’t gain any money or cars from completing these modes, it’s a fun way to challenge yourself to better understand the game and its mechanics, so it works as a more organic kind of reward for your troubles.

Finally, there is some very basic multiplayer support included with DiRT 4. That whole suite of various modes in DiRT 3 is entirely gone; DiRT 4 basically mimics the career with what you’re able to tackle with other people. Rally still doesn’t have direct interaction with other players and “Rally-X” and “Land Rush” are limited to roughly 20 tracks combined. “Rally” mode also doesn’t feature any pre-made courses, opting to stick solely to the “My Track” option. It isn’t the most robust offering around.

You can play in “Jam Session” mode, which is basically an unranked option, and there is even a neato option called “Pro Tour” that simulates career mode with other players. The tracks are all randomly generated in “Pro Tour,” so you won’t have time to practice your runs before facing off against the world. 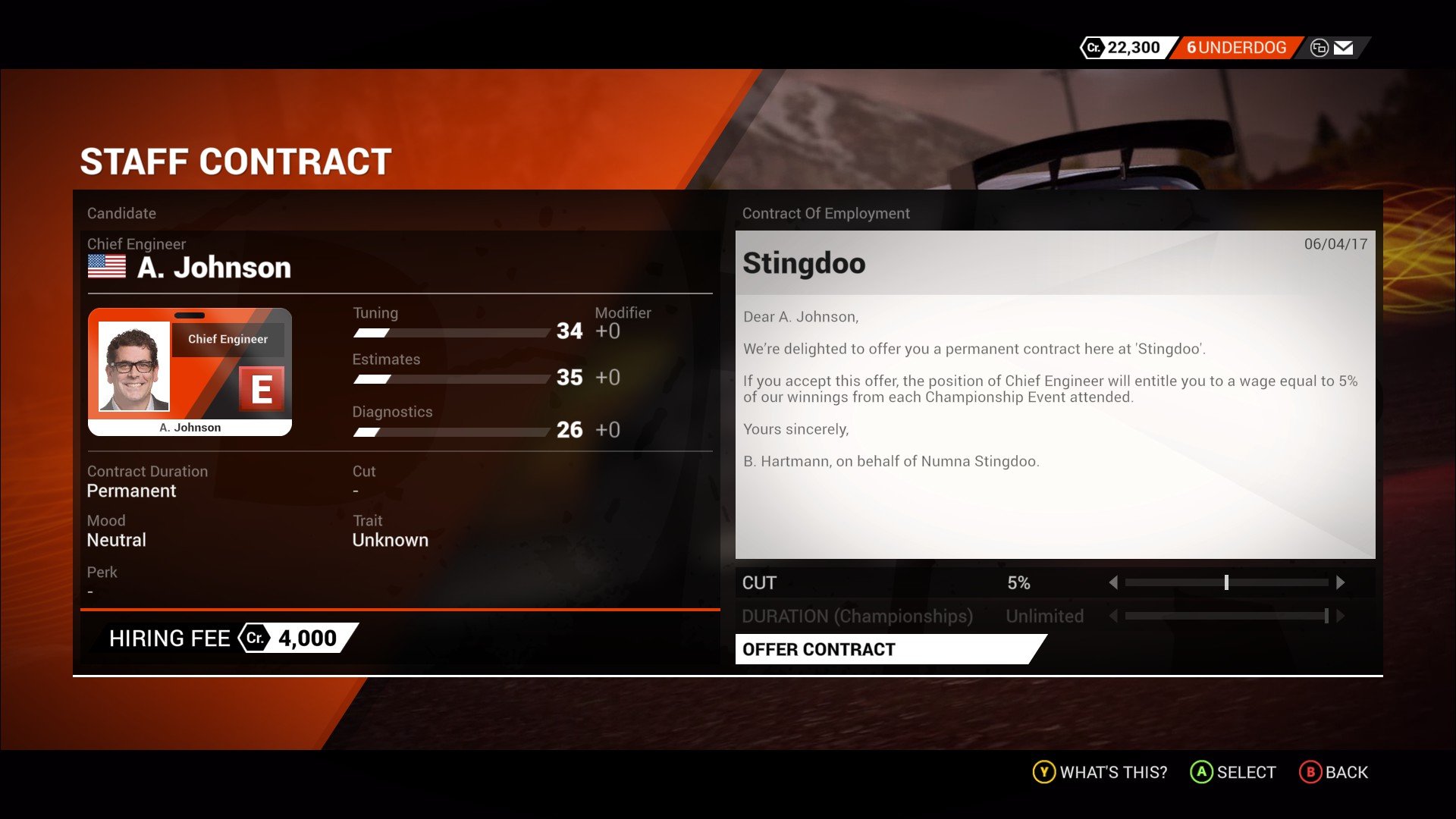 There aren’t many people populating the PC version of the game, but every match I had was flawless. I’m not sure if there is any lag compensation, but it felt like I was in the same room with those people. That being said, DiRT 4 doesn’t actually have split-screen play (even on consoles), so you won’t be sharing the fun with anyone directly next to you.

Omissions like that are what stop me from wholeheartedly recommending DiRT 4. I’m fine with the game being more realistic and focusing on a specific niche, but it’s bizarre how basic the amount of content feels. I know that “My Track” provides unlimited potential, but every other mode doesn’t have a lot of options. For that matter, there aren’t even that many cars in the game and a bunch are repeated models from previous years.

There is an exhilarating and engaging rally mode, but the rest of the package feels a bit undercooked. The quality is high (especially the graphical presentation, which looks outstanding), but the amount of content is thin. DiRT 4 feels like less when stacked up against previous entries in the series, let alone other games on the market right now. 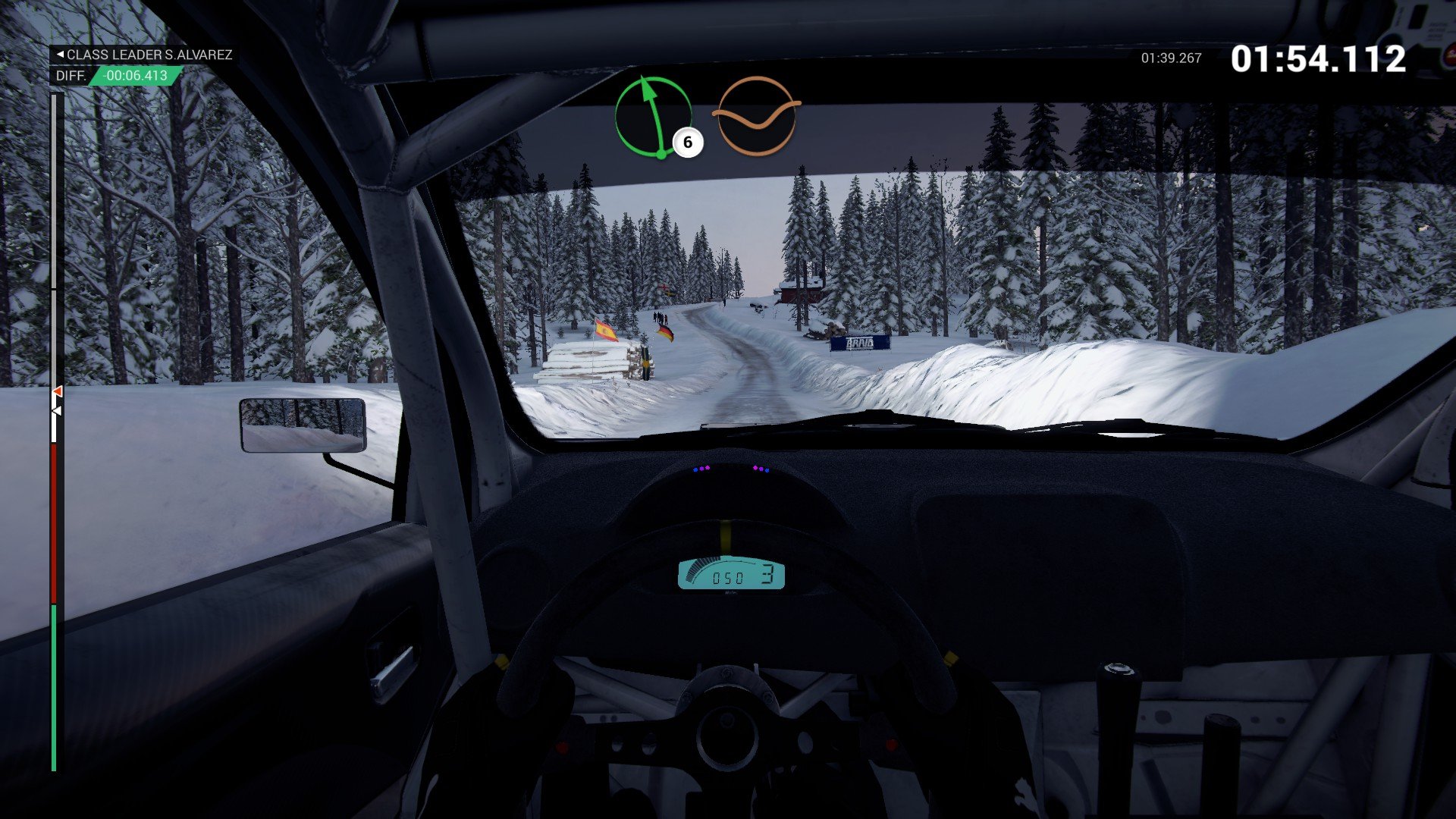 I have to hand it to Codemasters for not shoving DLC down our throats. Hell, no DLC has even been announced for this game. I also commend them for not trying to please everyone with a single product. That doesn’t mean we should be ready to accept a lighter package just because the devs focused their attention on one mode.

Does that make DiRT 4 bad? Absolutely not; as a matter of fact, I think this may be my favorite entry in the series thus far. It just puts me in a strange position where I love jumping into this game, but don’t see myself sticking around long after completing the career mode. There is only so high my skill can go before I master rally mode and just put up the same times over and over.

With better care given to the other modes and maybe some concrete rally tracks, this could have been the definitive rally racing game. As it stands, though, DiRT 4 is a hardcore simulation with limited appeal beyond a specific audience. Those fans will absolutely love this game, but any newcomers should try to cut their teeth somewhere else.