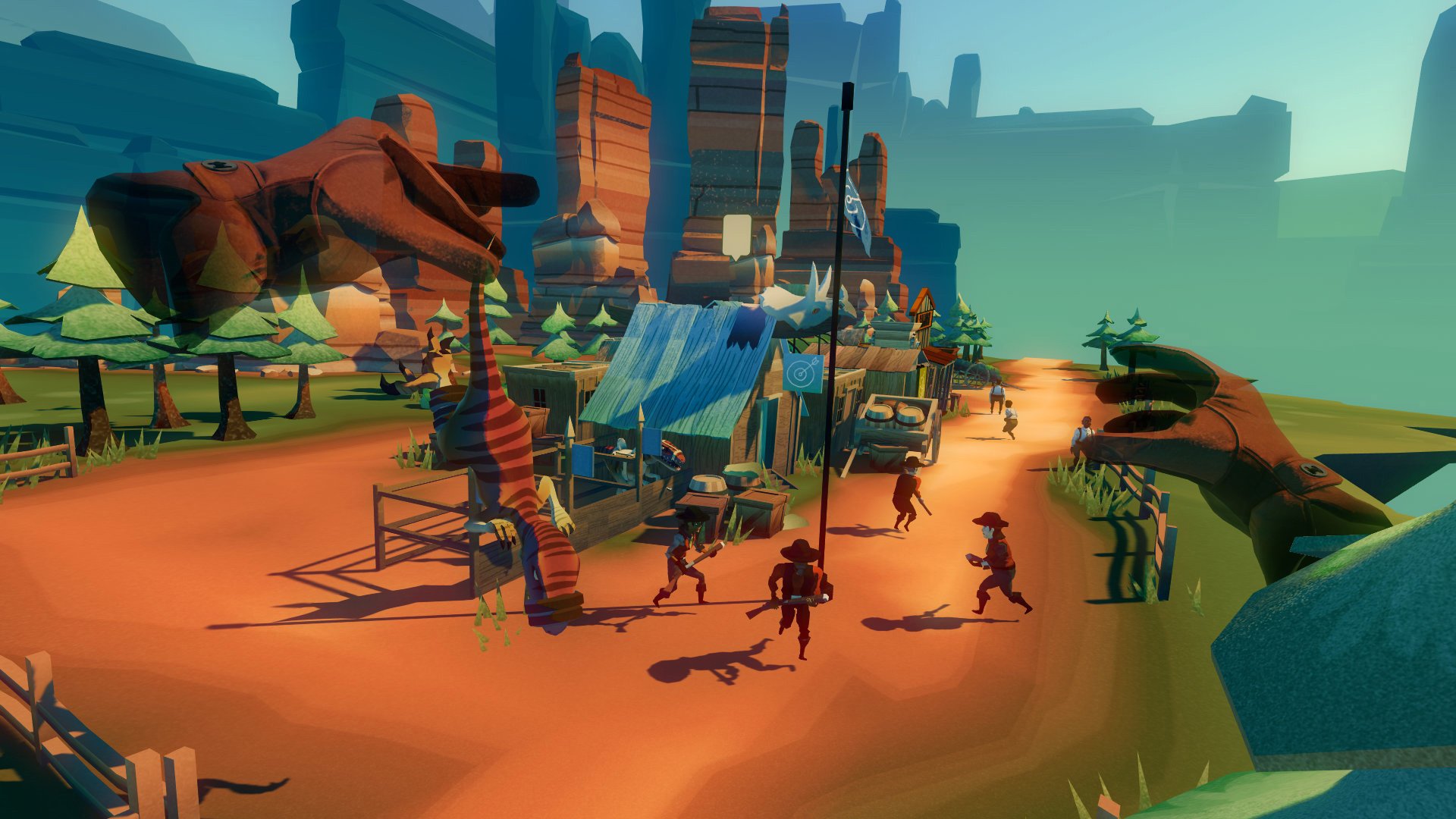 Any game that sincerely and repeatedly refers to you as “Big Mayor” is my kinda game.

Following its PlayStation VR launch title Wayward Sky, Uber Entertainment is back with another virtual reality romp — one that’s just as charming if not more so — and has cowboys and dinosaurs, to boot. I was so into this Wild West settlement-building sim that the first time I played it, I kept going until 2:00am and only took a break to send Chris a hyped-up “It’s real good” email. I hardly ever do that! 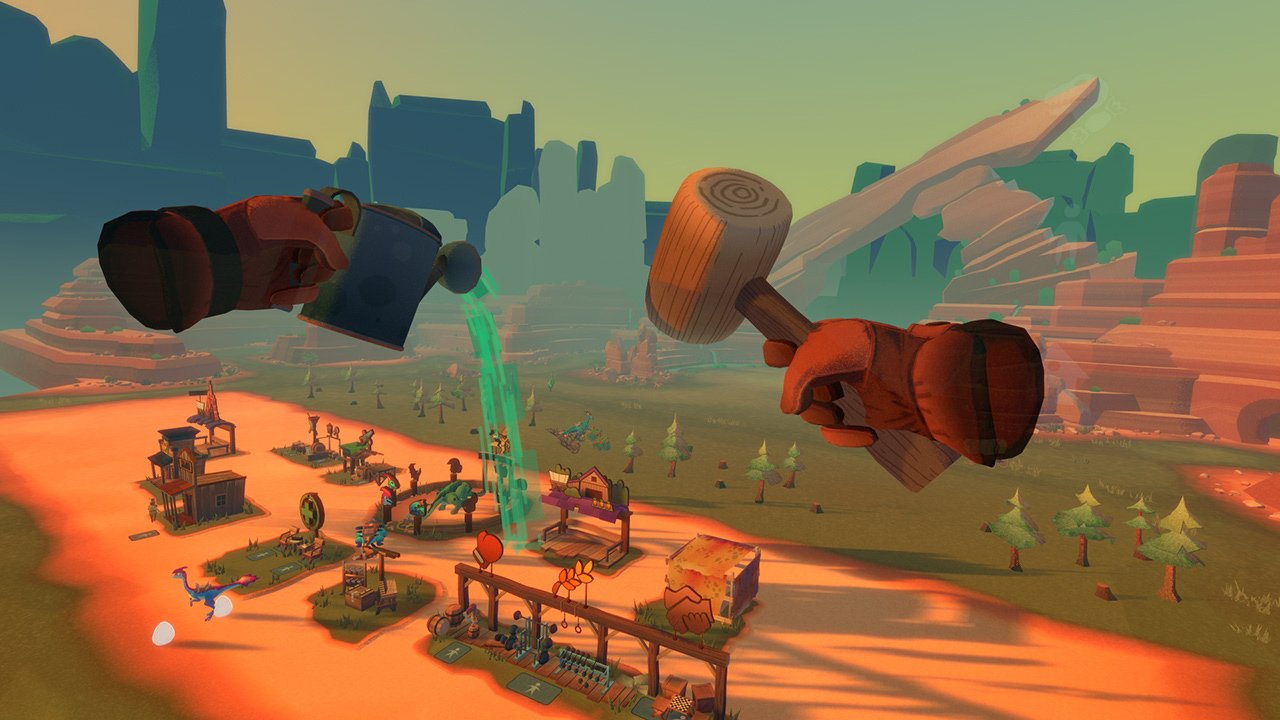 My enthusiasm did eventually ease up as I reached the conclusion, but Dino Frontier is an all-around pleasant experience. It’s a lighter style of simulation in that you’re never managing a huge city, dozens of disobedient characters, or struggling to figure out who’s gathering which resources and where. Some players will find that approach to be too lax, but I felt engaged and motivated from start to finish.

You’ll build your settlement one structure, citizen, and dinosaur at a time. And I do mean build. You have to whack buildings into existence with a big ol’ hammer, and miraculously, that bit never gets old. Dino Frontier has some of the best PlayStation Move controls I’ve used. The controllers feel like extensions of your hands as you water crops, snatch up and drop off harvested resources for refinement, and fling your dinos across the map for no good reason. You’re the Big Mayor. You can do what you want.

The best part, though? At any time you can instantly and seamlessly resize the tabletop world. You just reach down, grab the earth, and stretch. It’s pinch-to-zoom controls applied to VR, and it rules.

The basic loop of harvesting food and lumber, keeping your folks happy and well-rested, defending against bandit attacks, and domesticating dinosaurs doesn’t change for much of the game. That’s really about it. Do those things and you’ll level up, opening up new opportunities. Rinse, repeat.

Further in, you’ll get to travel to a separate garden-like area and also visit a more action-oriented zone in which you have to balance harvesting rare minerals with fending off waves of foes. The latter sequence is something you’ll need to return to a few times and ultimately beat using more experienced townspeople and upgraded defensive structures. Unlock and clear a second of these survival maps and, for better or worse, that’s a wrap. Dino Frontier doesn’t outstay its welcome, which is commendable, but I was nowhere near ready to stop once the credits rolled and my cowboys began singing my praises with a delightful little tune. This game has too strong of a concept to end so soon.

With a longer run time and more complexity, Dino Frontier could’ve been the next great PlayStation VR game. As is, though, it’s still high up there as one of my favorites for the headset. If you have Move controllers and want a light city-building sim to chill out with, jump on this right away.