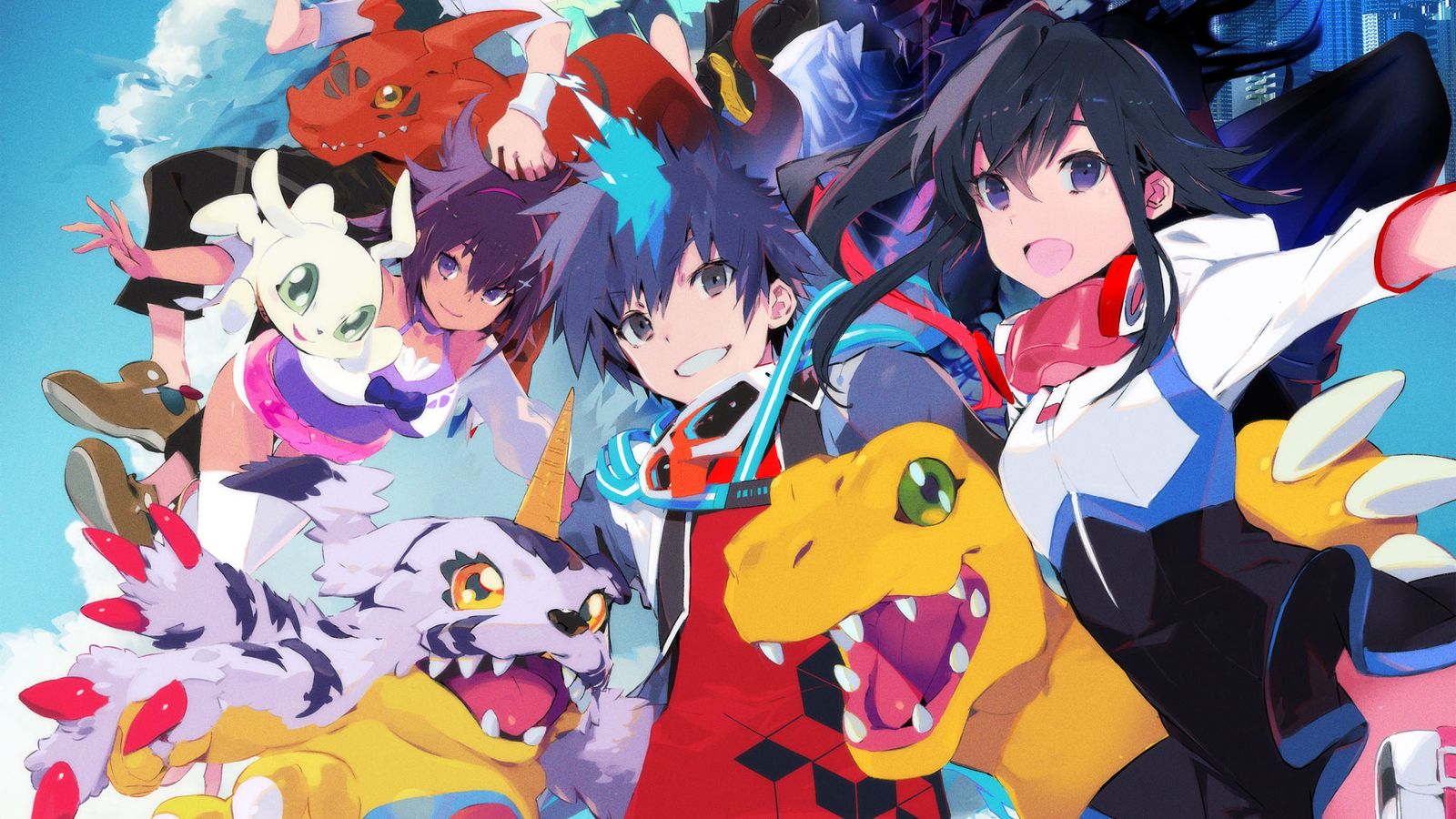 There’s no shame in playing on easy

I’ve been jokingly crediting the original Digimon World as my all-time favorite game for years, all the while secretly hoping that someone would agree with me and reminisce. There was something uniquely charming about the first entry in Digimon World series that the decade and a half of Digimon role-playing games, cart racers, and arena fighters that followed couldn’t match.

And while Japan has had a steady flow of Digimon titles, western fans have had to endure nearly a decade without a single new RPG. Last year’s Digimon Story: Cyber Sleuth offered a taste of what a modern game in the series could look like but the dual PlayStation 4 and Vita title felt like a Persona game rather than the distinctly Digimon experience I had been hoping for.

One year later, Digimon World: Next Order was localized and suddenly all of my prayers were answered.

Like Cyber Sleuth before it, Next Order was first released for Sony’s neglected PlayStation Vita handheld in Japan and then re-released for the PlayStation 4. But unlike Cyber Sleuth, Bandai Namco decided not to offer the game on the Vita in the West. While it’s unlikely that this absence was noticed by Vita fans, those picking up the game on PS4 are sure to notice Next Order‘s origins as a handheld port.

While the cartoonishly stylized world favored in recent Digimon games doesn’t look out of place on the PS4, the game is littered with small little hiccups that remind players that what they’re playing isn’t taking full advantage of the platform they purchased it for. This never manifests in anything outright game-breaking, but lackluster special move animations and jumpy transitions between day and night cycles never let you forget that you’re actually just playing a Vita game. Despite this, Next Order‘s is still a decent port, and it is thankfully is free from the comically error-ridden textboxes that plagued the last Digimon localization attempt.

Next Order is, in many ways, an homage to the first Digimon World. The gameplay, structure, and even sound effects all call back to the most memorable elements of that original game. Just like in Digimon World, one of the primary goals of Next Order is to explore and track down new residents for a growing city. But even then, it feels more like a welcoming reimagining of the original rather than a decade-overdue continuation.

At its core, Next Order is more about raising and training Digimon than it is anything else. Right from the start, players are given two partner Digimon but the exact kind of creatures they’ll raise is entirely dependent on the training decisions players make. There are 217 possible partners in Next Order, and chances are you won’t see all of them.

Initially, players are given their choice of ten eggs that will hatch their first pair of baby Digimon. From there, Digimon ‘Digivolve’ through six total stages, most of which offer multiple possible Digivolutions depending on how players have raised their partners and which of six statistics they’ve trained. If your partner doesn’t meet the requirements for any of its next possible stages within a set amount of days, it’ll collapse, die, and be reborn once again into an egg of your choosing, each time with a slight boost to its stats.

It’s entirely possible to dump a significant amount of time into the Digivolution trees alone while more or less ignoring the rest of the game. On its own, blindly training different Digimon to unlock and discover new Digivolution routes is addicting, and sitting down with a spreadsheet and a notebook to train your way to a specific powerful Digimon is doubly so.

Here’s the downside: the actual act of skill training is incredibly uninvolved and repetitive. You’re able to put a bit of thought behind training by feeding partners specific foods, or focusing on building certain skills on certain days, but for the most part training involves picking a category and trying to stop a roulette at a set point to boost training effects. That’s it and, since Digivolution is partly a race against the clock, that’s what you’re likely to spend multiple in-game days doing every single time your Digimon is reborn.

The Digivolution grind is one of two things pulled from the original Digimon World that will either endear players to Next Order or turn them off from the game completely. Combat is the other.

On its own, Next Order’s combat is strange. Battles take place in real-time, and combatants unleash attacks with minimal player input. While the bulk of the action is AI-driven, players can issue direct commands to partners periodically throughout battle at the expense of order points, which are per-battle currency slowly built up during fights. It sounds strange, but there’s a strategic element here that emerges as you both adjust to the combat and progress through the game.

Hitting that support button right as a Digimon either lands a hit or takes damage yields significantly more order points, and more powerful orders naturally require more points. Eventually, you’ll build up a repertoire of different skills and abilities, and the moment-to-moment decisions of order selection and point management compound with the real-time combat to make even the player’s role as support intense.

Both combat and Digivolution get more interesting as players progress through the different chapters of the main story arc, but that’s honestly easier said than done. Next Order suffers from some significant pacing issues that are really only exacerbated by the fact that Digimon have limited lifespans.

My first twenty hours in the game were spent just trying to clear the first Machinedramon boss in the first chapter. I spent entire evenings training my Digimon as much as possible and waltzed into the fight with two Ultimate-level partners, only to be annihilated in just a couple minutes. I repeated this ritual through two or three partner life cycles, but seriously barely made a dent in that chrome bastard.

I took a break, completed every side-quest I could at that point in the game, and came back later to the exact same problem. I’m not criticizing Next Order for having difficult bosses—I can appreciate a challenging fight—but I cannot imagine the amount of mindless skill training I’d have to do to even get to the point where I could measure up to this level 6 boss. I stomped my way through regular enemies of a significantly higher level but I was unable to see that same level of success with Machinedramon.

The sudden difficulty spike was irritating enough, but having to start fresh after a partner aged to the point of death time after time was legitimately demoralizing.

But that huge flaw completely vanishes if you drop the game’s difficulty from normal to easy. As far as I can tell, the only difference between the two settings is how many skill points you earn per training session. I played through my final 70 hours with the game on easy mode, and I honestly wish I had just done that from the start.

Even with the difficulty cranked down, bosses and minibosses are by no means easy to take down. You’ll still need to dutifully train each Digimon’s library of skills and pay attention to Digivolution paths to win, and even then careful item and order point management still often makes all the difference during the fight itself.

Next Order isn’t without flaws, but it’s exactly the kind of game the Digimon World series needed after a regional hiatus. While the unconventional combat and grind-heavy skill training aren’t likely to deter fans of the franchise, newcomers might find some of the game’s quirks unwelcoming. As such, Digimon World: Next Order likely won’t appeal to everyone, but the game is something longtime fans of the series will have no problem dumping hours upon hours into.