A little over twenty years ago now, Digimon would hit the scene in the form of a spinoff series of Tamagotchi toys. Following their popularity would come an animated series, the combined success of which sent these digital monsters to new found heights. Heights that would include a film, with teenagers trying to prevent Japan from getting nuked again, and a plethora of video games. As great as the show was, it fell out of favor for me as I got older, and the Tamagotchi stuff never captured my interest to begin with.

The video games on the other hand, always kept me coming back. Whether it was the classic PlayStation Digimon World games that had you raising and growing your Digimon. Or the recent turn-based RPG action of Digimon Story: Cybersleuth, taking the series in a new, and somewhat more mature, direction with its storytelling, very much reminding me of the Persona series. Digimon Story: Cyber Sleuth Hacker’s Memory continues this trend, introducing new gameplay mechanics, over 90 new Digimon, and the ability to transfer over your save file from the original Cyber Sleuth (including all your Digimon info, hours played, and evolution trees from that save file). 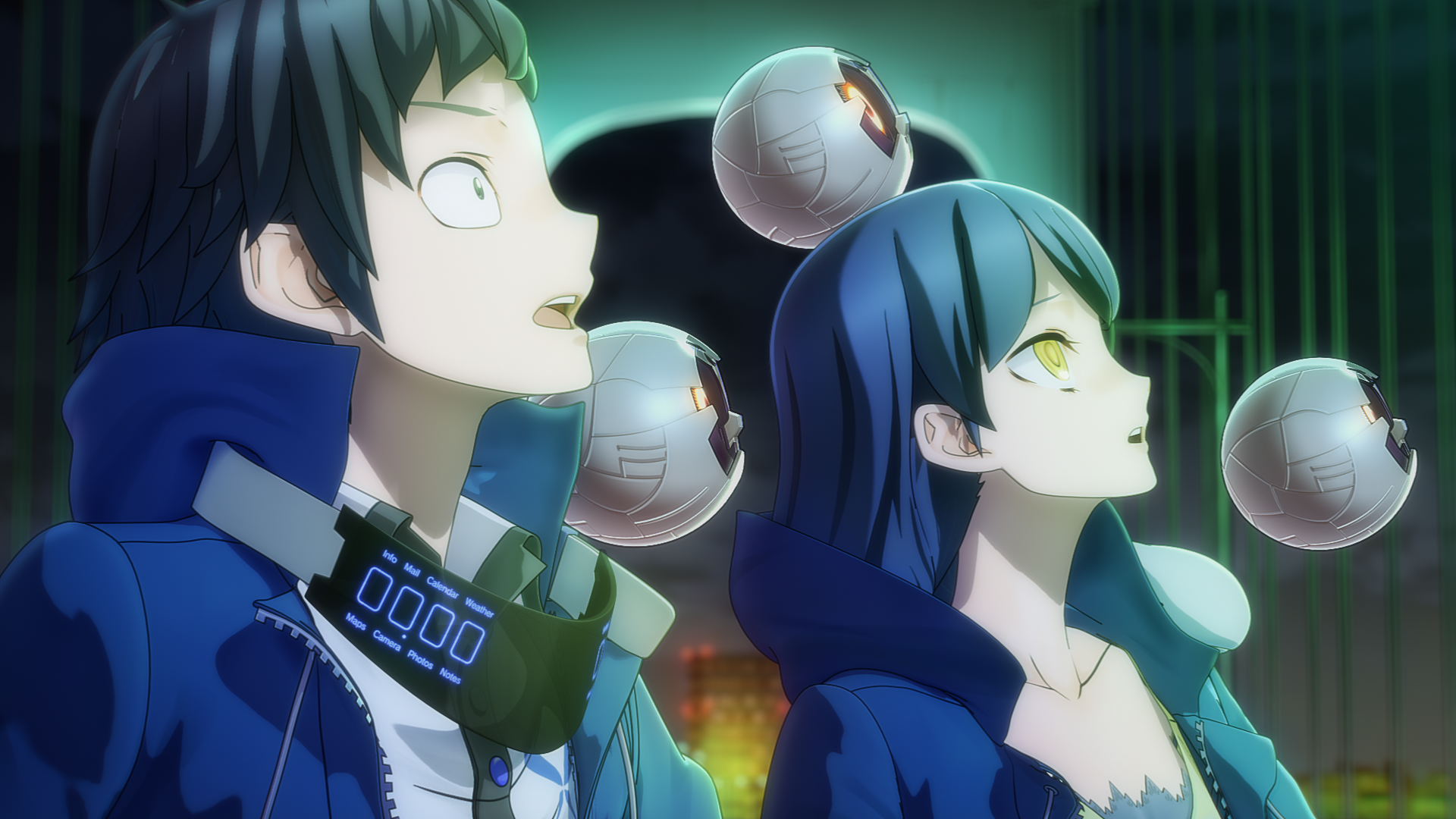 Hacker’s Memory puts you in the shoes of a character with a name of your choosing — or if you’re boring like me — the first default name that popped up (Keisuke Amazawa). The story of Hacker’s Memory is a spin-off from the first game, every chapter title is labeled as such, for example: “Just another side story.” Set in a near-future Japan, during the events of the original game, much of the story revolving around the digital realm known as EDEN; a virtual cyberspace that allows users from around the world to experience the web in an almost physical form.

In this world, URL domains are now locations that people can visit within EDEN, so for example: The Destructoid website would probably just be a penthouse with cock-themed wallpaper, with the articles on cocks themselves, in really tiny font, and the theme music would just be the Canadian national anthem. Truly, a terrifying place that no hacker would want to visit — let alone Digimon.

The overall plot of this game details some of the behind-the-scenes aspects from the original. So, if you’re completely new to the series, it’s recommended you play the original Cyber Sleuth first, as some of the plot beats throughout this game are very context-heavy. The story begins with a simple enough premise of identity theft as Keisuke’s EDEN account is stolen in a phishing attack from a hacker. 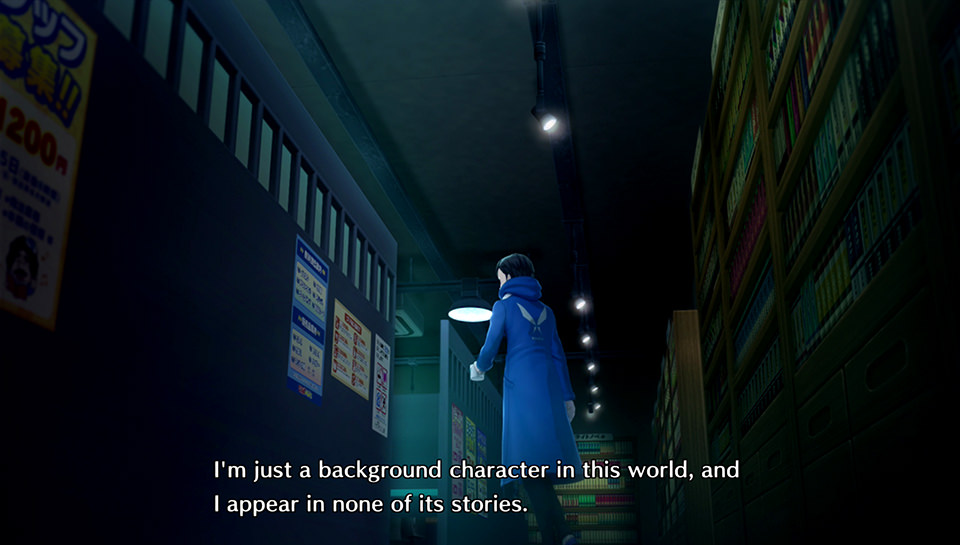 This is a bit of an issue, as the real world laws in this game dictate that EDEN avatars have to look like your real-world self. Afterwards, Keisuke’s accused of being a hacker for having a temporary EDEN account, and decides to set out to find the hacker responsible…by becoming a hacker himself! Next thing you know, you’re picking between three starting Digimon (which hackers use as tools), joining a group of hackers known as “Hudie” and solving cyber-crime cases in the hopes of eventually tracking down the person responsible for stealing Keisuke’s account.

The story overall took its sweet time before it genuinely caught my interest, as many of the new characters start off fairly dry, with plenty of tropes and archetypes I’ve already seen before. But, they did eventually grow on me, with plenty of humorous dialogue, light-hearted moments, and character history to uncover. The game also features returning characters from the first game, as much of this game showcases plot points from the original (now from a different perspective). But, those returning characters also have plenty of original moments exclusive to Hacker’s Memory that are easily some of the highlights of the game.

Hacker’s Memory also does an excellent job once again of fleshing out this world, from the digital world of EDEN and the various Kowloon dungeons, to the many real world locations such as Akihabara, Ikebukuro, and Shibuya. They aren’t graphically impressive by any means, considering both this and the original game were designed with the PlayStation Vita in mind. But, despite this, I still had a great time running around these environments and exploring them, with the only hindrance being that the fixed camera can get pretty cluttered when you have three massive Digimon following you around. 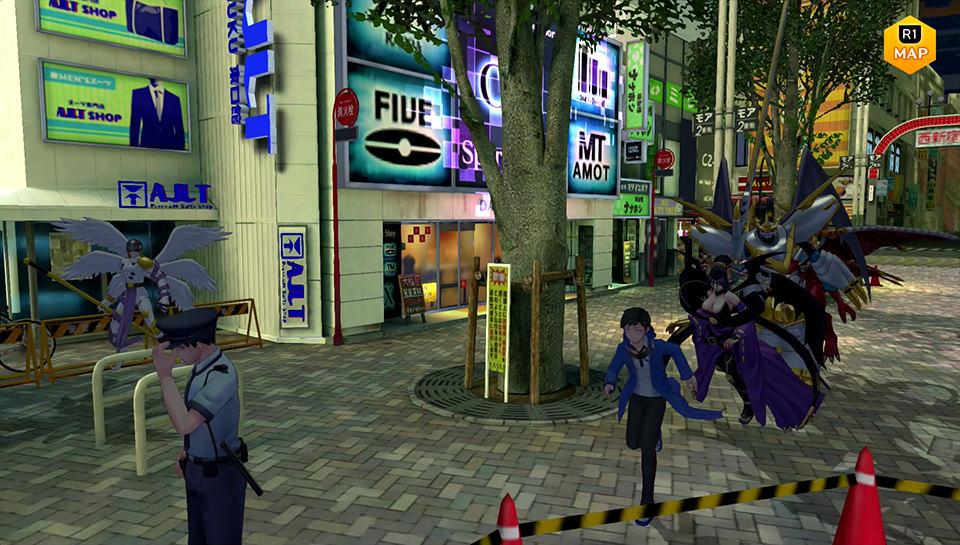 As great as these locations are though, if you’ve played the previous game, you’ve seen most of it already. A large chunk of the assets (such as locations and NPCs) in this game are identical to the previous game. So, if you’re like me and already clocked in over a hundred hours into the first game, Hacker’s Memory is going to feel extremely samey. It is understandable though, considering the premise of the game being a “side story”.

The real meat and potatoes of these games are the Digimon themselves and the excellent turn-based RPG mechanics involved when using them. For those unaware; Digimon are broken up into four major type categories: Data, Virus, Vaccine, and Free types. Data beats Vaccine, Vaccine beats Virus, Virus beats Data, and Free types have no weakness or effectiveness. Each Digimon also have an attribute: fire, wind, water, dark, light, and so fourth — all adding to the depth of the various types.

The battles themselves are what you’d expect now from the genre, with a battle timeline on the right side of the screen, a guard option, a basic attack option, and skill commands for various moves your team can perform. Up to three Digimon can be used in battle and winning battles earns you experience points. Leveling up allows you to then eventually digivolve your team, which is where honestly the best part of this game comes in; raising your Digimon.

I started off with a simple Betamon but, midway through the game I had achieved one of the many mega digivolutions known as Slayerdramon; one of the most metal looking things I’ve seen. However, if you know how to play the meta-game of raising your Digimon properly… You can go further beyond that! By the tail end of the game I took that extra step and achieved a whole new digivolution in the form of Examon (which looks like something off of a metal album cover and it’s awesome).

Raising your Digimon properly and effectively will involve, admittedly, a hell of a lot of grinding, de-digivolving your Digimon to boost their ABI (so you can then increase their stats). This involves utilizing the farm systems correctly, and meeting various requirements for specific stats to get the best possible digivolutions from your ‘mons by the end of the game (which you’ll definitely want for post-game content or if you plan on playing competitively in multiplayer). As daunting as it all sounds, building that perfect team was honestly the most enjoyable aspect of the game for me.

You’ll be doing most of your battling in various dungeons you’ll find in the cyberspace of EDEN, most of which you’ll discover by accepting cases for your hacker team. Cases are essentially the quests of this game and are broken into three categories: Important, Normal, and DigiFarm. The “Important” cases progress the main story of the game, “Normal” cases act as side quests, and the “DigiFarm” cases simply act as additional fetch or battle-related quests you can farm repeatedly. 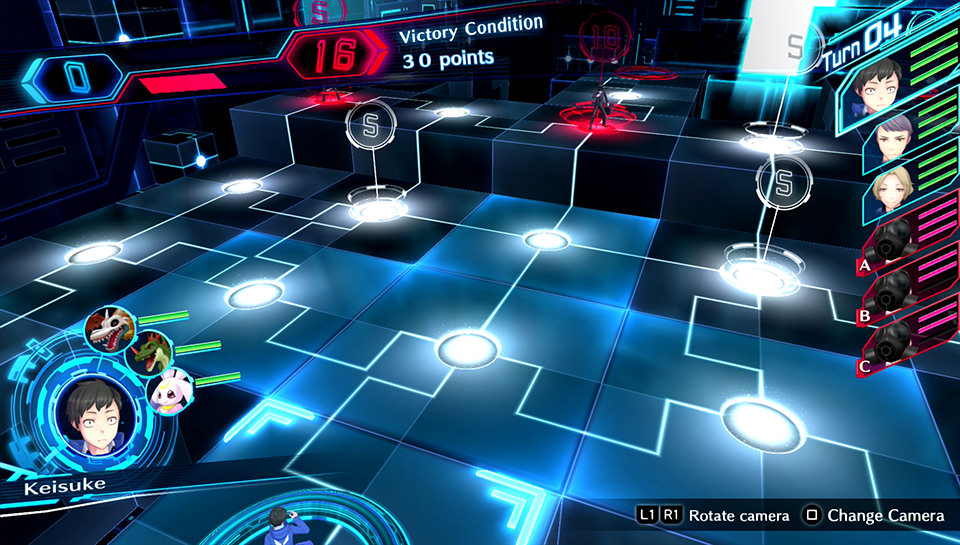 Hacker’s Memory also introduces some brand new battle modes known as “Domination” and “Territory Capture.” In Domination battles, you work as a team with two other characters, against an AI controlled team on a giant board. The objective to reach a certain amount of points, before the other team. The board itself is scattered with various places that earn you points, if you move to a spot with an enemy team member already on it, you’ll then engage in a Digimon battle, whoever wins the battle, captures or defends the spot. As for Territory Captures, they’re fairly simple, you’ll spawn in a dungeon where you’ll have to capture five different territories guarded by other Digimon tamers, each time you capture a territory, it weakens the dungeon boss you’ll have to face in order to win.

For the most part, both of these new modes are far too simple and get mundane way too quickly as you’ll constantly be doing them if you’re farming for side quests in the DigiFarm. Eventually I just ended up ignoring them altogether, aside for the story-related ones. As for the multiplayer side of things, online battles are broken up into three categories: Ranking Battle, Event Battle, and Custom Battle.

Ranking battles are your typical ranked style of match earning you points that go towards your overall standing on the leader board. Event battles are unique sets of rules that change every week, ranging from requiring specific types of Digimon, to having a specific amounts of memory. Competing in them can also earn you special prizes, such as cosmetic outfits for your Digimon. Lastly, custom battles (which are pretty self explanatory), allow you to setup various rules and settings, or to create a private room to battle with your friends. 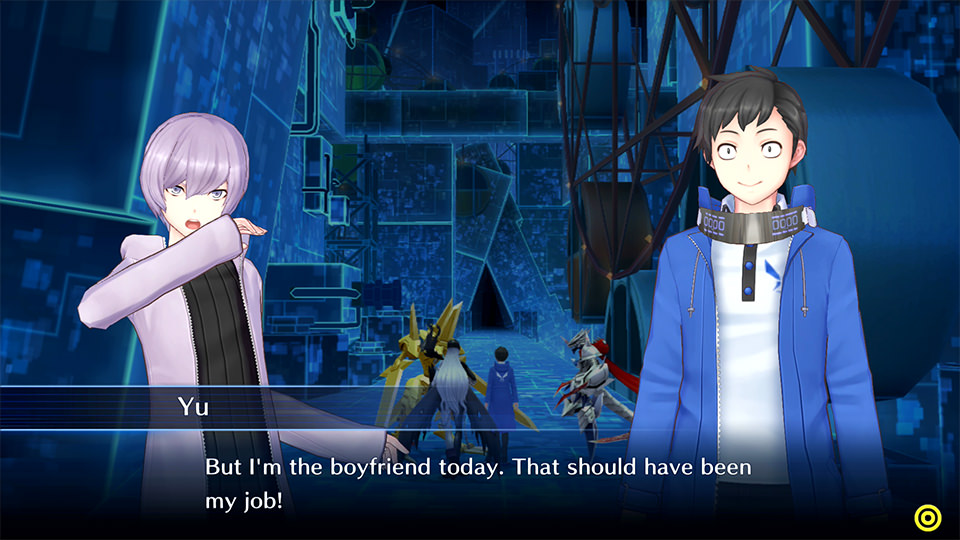 As for the soundtrack side of things, much of the OST carries over from the previous game and it’s still fantastically upbeat, very much drawing comparisons to the Persona series. Some of the new tracks are pretty solid as well. There is, again, no English dub for the game, but everything is obviously subtitled.

After clocking in over 200 hours across both games, on the same save file, I can safely say the Cyber Sleuth games are easily some of the best Digimon games in the franchise. Despite some minor issues, a fair bit of grinding, and while still nowhere near the production values or quality of the Persona series — Hacker’s Memory is another solid turn-based RPG and a damn good Digimon game that you shouldn’t miss if you played the original.