The Necromancer has risen again. Again and again (like that NSFW Wu-Tang joint), actually, as it was featured in Diablo III as an Act 1 mini-boss and a fully fledged character in Heroes of the Storm. The class is immensely popular, and for good reason — it’s mechanically fun to play in its inaugural game Diablo II, and the power to use Diablo’s army against him makes for some amazing aesthetic gymnastics.

But with a pricetag of $15, Diablo III: Rise of the Necromancer‘s cost will probably hit you upside the head and knock off your rose-tinted glasses. 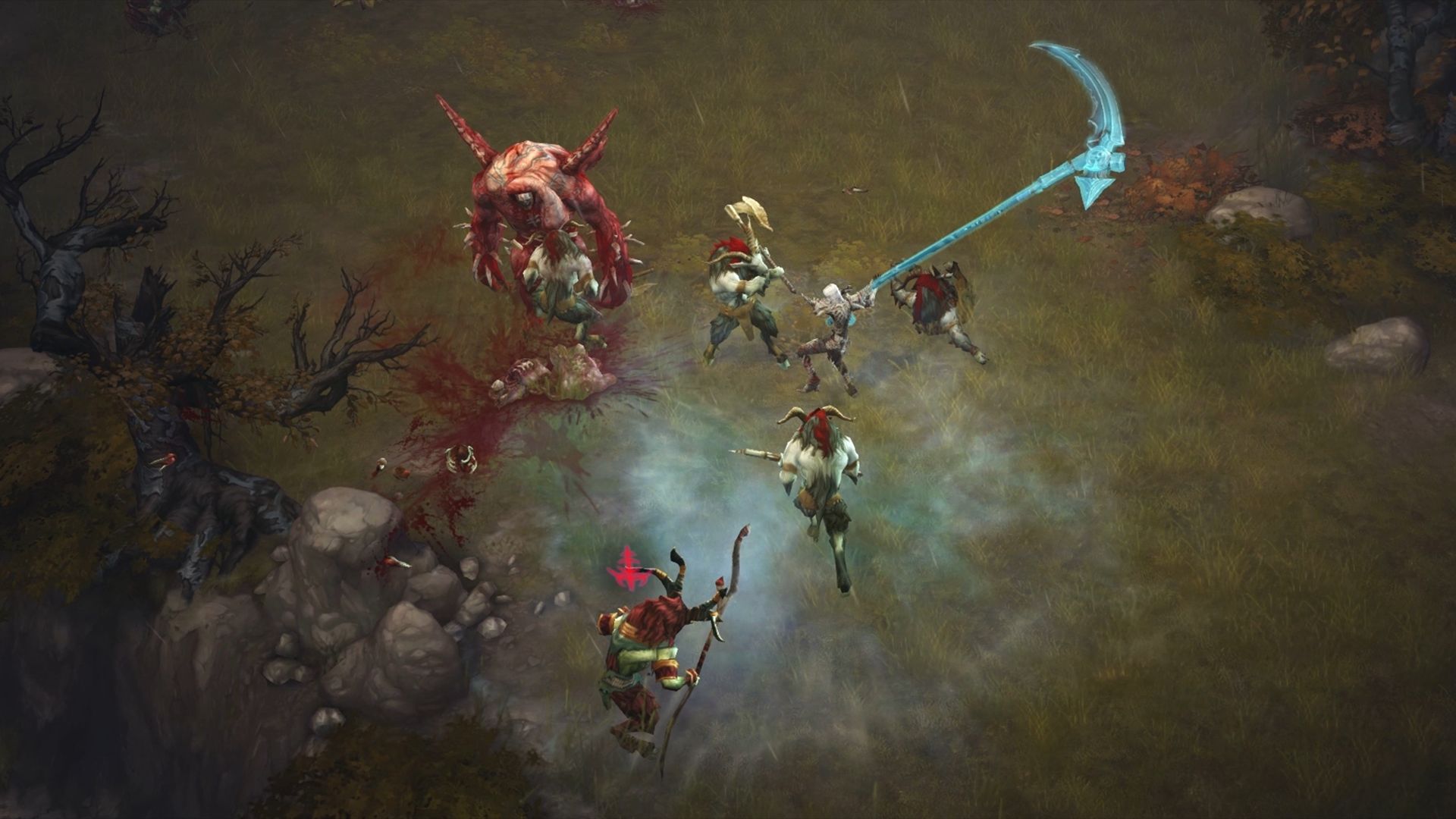 Before I get into how great the character is, let’s go over some basics.

Blizzard is kind of pulling one over on people by calling this Rise of the Necromancer, like it entails some sort of campaign. No no, it’s mostly a character pack that’s accompanied by a completely free content update. You do get a few bonuses (a pet, wings, banner, portrait, pennant, two character slots, and two stash tabs), but since most of that is meaningless you’re essentially paying for the character. Immediately the concept of “value” is muddled. One person might speedrun the Necro once in five hours and never pick it up again. Others may take advantage of update 2.6.0’s new challenge Rifts for months on end. Either way, it adds another avenue to play Diablo III, which has already held my interest through beta periods and the official launch.

The Necromancer is one of the most visually striking additions to any Blizzard work to date. The spattering of blood and the ethereal spirit weapons gleam with purpose without going overboard and taking away from the morose nature of the class. Remember when everyone made fun of Diablo III for being too bright? I feel like they struck a great balance here that people would have resonated with if that restraint was shared by the rest of the cast. The disheveled Blood Golem and the satisfying “pop” of corpse explosion are the crowning jewels.

In terms of its playstyle the Necro goes above and beyond the summoning capabilities of the Witch Doctor to cement itself as its own thing. Minion builds are probably going to be the most popular, at least at first (for endgame I’m predicting bone variations), and for good reason — it’s damn fun to raise an entire army to fight for you while you flit about the battlefield. I was surprised to amass a small (very temporary and mana intensive) force of seven skeletal mages 15 minutes in. The only aspect I feel is underrepresented is curses, but the myriad skill runes help breathe some live into the paltry three options (I’m a fan of Dizzying Curse, which allows Decrepify to stun in addition to slow).

The Necro excels at early-game play, which is the Achilles heel of roughly half the other options in the game. I don’t mean in terms of efficacy because generally speaking even with a jacked-up difficulty, initial leveling runs are pretty simplistic, but solely when it comes to engagement. Summoning skeletons so early is immediately rewarding, as is the power to leech life, bringing a more active strategic playstyle to the forefront — a departure from “burst down everything.” The new concept of putting corpses on the floor for various abilities also smacks of actual effort by Blizzard to incorporate a newcomer into the very bones of the code. My only real qualm is that most of the front-loaded passives skew toward corpse explosion.

It’s bittersweet to get the culmination of good role design in a pricey DLC. I’m the kind of person who maxed out every single character in two weeks of Diablo III‘s launch, then moved into Inferno and Hardcore runs — also known as the target audience for a character drop. Every time I boot up D3, whether it’s for a new season or a new group of friends, I have the option to level up a new Necromancer, and that’s going to be invaluable down the line for me. But for everyone else who only dabbles in dungeon crawling, wait for a sale.